Park To Park in the Dark Highway

This unique Astrotourism Route winds its way through some of the most outstanding Wild Lands in Nevada:

The Plight of the Night
One of the most endangered resources of Nevada’s American Public Lands is natural, nocturnal dark skies. With the advent of low cost, high efficiency lighting like LEDs (Light Emitting Diodes) and ever-increasing development, light pollution is becoming systemic throughout America. We need to re-think our outdoor lighting needs. Lights that do not directly shine on the area they are needed are wasteful and are the main contributors to light pollution. On a global scale, cities have spent billions of dollars needlessly lighting up the night sky. Impacts of light pollution spread far and wide from the source. This fugitive light from cities, towns, and developments can create light domes that impair views of the stars for up to 100 miles away. On a deeply dark, moonless night, the glow of Las Vegas and Reno can be seen on the horizon nearly 200 miles away. Smaller towns, illuminated roads and truck stops, mines, and energy developments have a lesser impact, however the cumulative impact means that even in the most remote corners of Nevada, light pollution can be observed on the horizon around you. It does not have to be like this. Thoughtful lighting choices and decisions by the state, counties, cities, communities, and individuals can substantially reduce light pollution and restore and protect Nevada’s dark skies. Thanks to the preponderance of American public lands in Nevada, we are fortunate to have some of the deepest dark skies in the nation. The Park to Park in the Dark leads from Baker and Great Basin National Park up though Ely then down south and west through the Lunar Starlight Area to Tonopah, Goldfield, and Beatty, and finally merge with Death Valley National Park. Park to Park in the Dark presents outstanding opportunities to experience Nevada’s dark skies at their best and to interact with people and communities that care about natural nocturnal darkness. The Park to Park in the Dark route was created by a wide coalition of partners, organization, communities, and individuals to bring attention and advocacy to the plight of the night.

CAUTION: All the unpaved roads adjacent to the Park to Park in the Dark Route may be impassible and prone to washouts during rain events. Unpaved roads are not maintained in the winter and are dangerous and impassable in snow conditions. 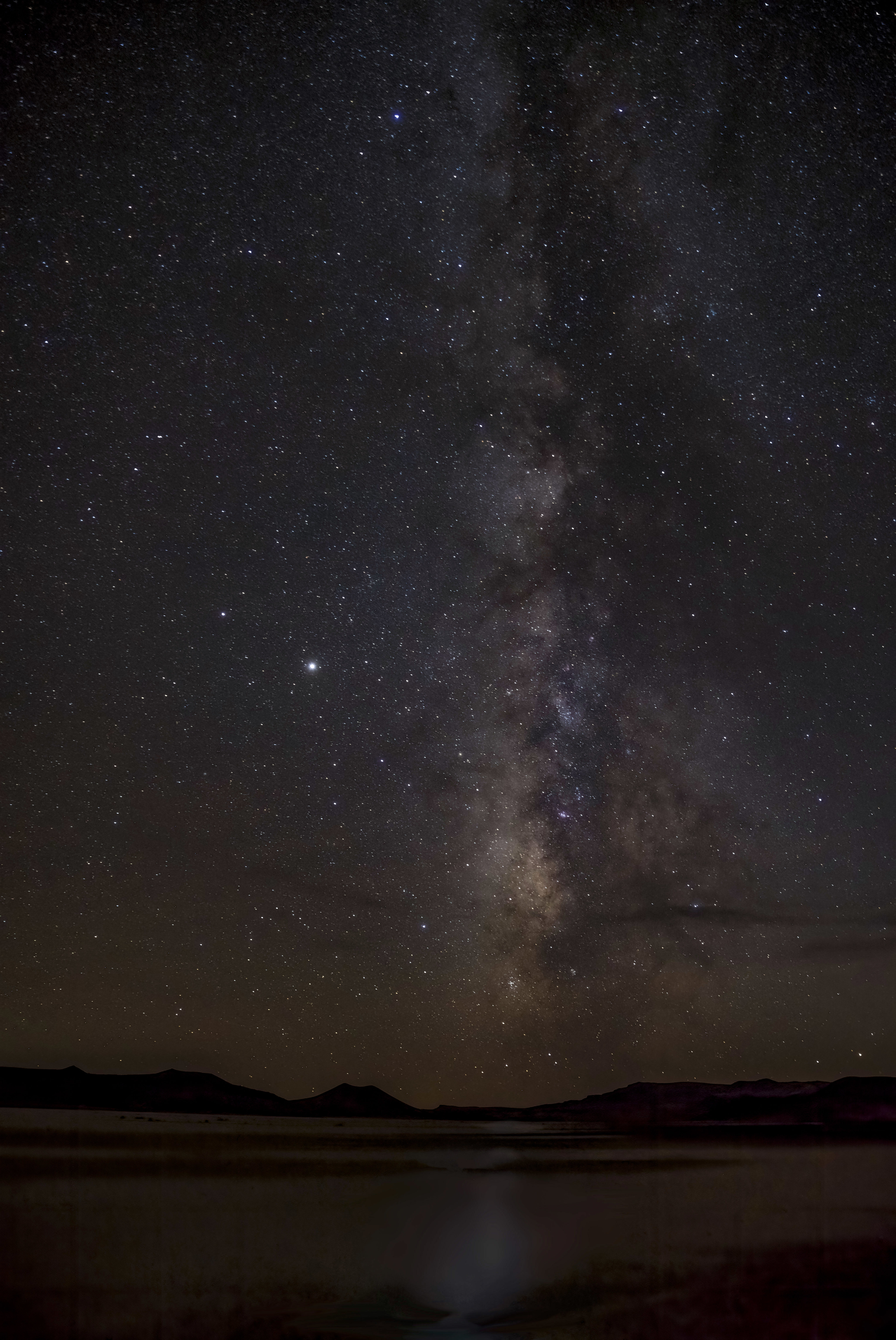 Visit the Park to Park in the Dark website

Wildlife species depend on darks skies and nocturnal celestial light for navigation, safety, reproduction, foraging and hunting. Birds who migrate hundreds to thousands of miles often rely on celestial navigation by following the patterns of the stars. When flying into darkness, migrating waterfowl look for a place to land and recuperate based on reflections of stars and the moon on water surfaces. Cities mimic those reflections and induce waterfowl to attempt landing in areas that can be fatal for them. Newly hatched loggerhead and leatherback sea turtles rely on the subtle patterns of natural darkness to identify the safety of the ocean (lighter in illumination because of the breaking waves) over the danger of moving further on shore (the darkness of land). Home and development illumination along coast areas confuses the hatchlings and sends them away from the safety of the sea. Populations of lightning bugs, who rely on being the “light-in-the-darkness” for mating and breeding, have plummeted catastrophically in recent decades because of the rapid expansion of light pollution. Beetles in Africa are known to navigate by the patterns of the stars while foraging in otherwise featureless deserts. We are only beginning to unravel the world of nocturnal animals and the roll natural nocturnal darkness, including the cycles of moonlight, play in hunting, foraging, navigation, mating, birthing, and rearing of young.

Plants are dependent on the natural patterns of light and dark for their health and reproductive success. Plants growing near or around artificial nighttime light are easily thrown out of seasonal sync with leaf production and shedding, flowering, and fruit production. These disruptions of natural nocturnal cycles also lead to a decreased life expectancy and more vulnerability to diseases.

Humans have lived under dark skies since we became human. Our circadian rhythms developed around cycle of daylight and natural nocturnal darkness. Our pineal glands, stimulated by the darkness of night, produce melatonin, a sleep-inducing hormone. This allows our bodies and mind to ratchet-down from the activity and vigilance required for our daily survival and renew with sleep. Recent studies have focused on how disruption of the diurnal cycles of light and dark can have detrimental impacts on immune, mental, and gastrointestinal health. In his book A World Without Stars, Roberto Trotta explores the deep influence of astronomical phenomena on shaping human history and imagination: from mythology, religion, farming, creative arts, to mathematics, astronomy, navigation, technology and scientific thought. The stars were our first clock and calendar and have shaped the way we relate to and think about time. To paraphrase Carl Sagan, we are not only made from “Star Stuff,” but our collective human intellect was organized and stimulated by the rhythms, patterns, and aberrations of the stars. 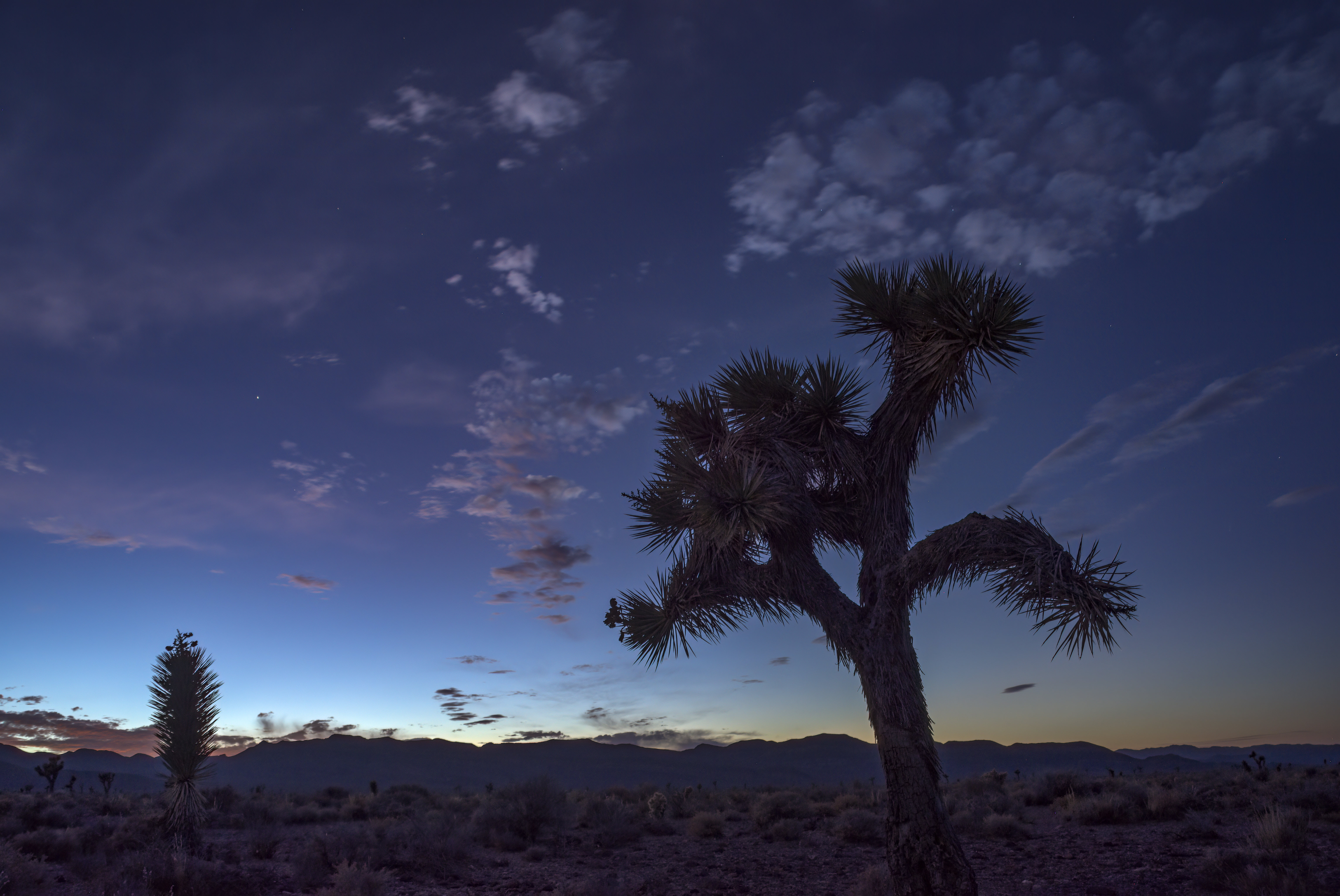 Evolution of an Idea: Park to Park in the Dark
Managing Visual Resources on American public lands has been part of the land management policies for the US Forest Service, Bureau of Land Management, and the National Park Service (NPS) since the 1970s. It was not until the turn of the 21st century, however, that natural nocturnal sky scapes and opportunities for star viewing began to be considered as part of the visual resources by these agencies. The NPS took the lead in this endeavor by creating the Night Sky Team in 1999 to study, document, and inventory the resource of natural, nocturnal darkness in the National Parks. It quickly became apparent that protecting dark skies must be an effort that extends far beyond the borders of National Parks and encourages advocacy cooperation to protecting dark skies in communities throughout a dark sky landscape. The NPS, however, realized that the catalyst for dark sky advocacy could begin with education and opportunities for the public to interface with deep dark skies within the Parks themselves. Working with the International Dark-Sky Association, the NPS received recognition of Natural Bridges National Monument as the first International Dark Sky Park in 2007. On the path to celebrating the 2016 centennial of the NPS, the 2011 “A Call to Action” was published to promote programs and accomplishments to be attained by the NPS Centennial year. Action #27 stated: “Lead the way in protecting natural darkness as a precious resource and create a model for dark sky protection by establishing America’s first Dark Sky Cooperative on the Colorado Plateau in collaboration with other federal agencies, partners, and local communities.” In 2012, the Colorado Plateau Dark Sky Cooperative was established as a “voluntary initiative to link local, state and federal agencies, tribes, businesses, nonprofits, educational institutions, and local communities in a collaborative effort to” among other things, “protect natural nighttime skies [and] Promote astronomy-based recreation and tourism.” Around this same time, the NPS Natural Sounds and Night Skies Division was creating by filing the work of the Night Sky Team in with the Natural Sounds Division.

Following a parallel path of advocacy and education for American public land natural resources, Friends of Nevada Wilderness staff submitted a report in January of 2013 to the Nevada Bureau of Land Management (BLM). This report outlined the incredible natural visual resources of central Nevada, many of which rivaled the resources of the National Parks and Monuments. This report also stressed the strategic location of these BLM lands, adjacent to two substantial east/west US highways, which could become a viable alternative byway for recreational traffic moving between National Parks and Monuments in California and Utah. This increase in recreational use could potentially provide a sustainable source of economic stimulus for the communities and towns along the route, however, it would also require a higher level of management from the predicted increase in the recreational lands adjacent to this alternative park to park byway.

During this time, the NPS continued advocating for dark skies and educating visors about dark sky benefits. In 2013, Death Valley National Park received its International Dark Sky Park designation and astrotourism started gaining momentum, not just for astronomers, but for people with a growing interest in experiencing the wonders of standing before the universe of stars in natural locations under deep dark night skies. In 2016, Great Basin National Park established its designation as an International Dark Sky Park. The same year, Friends of Nevada Wilderness partnered with the Bureau of Land Management to begin work on Dark Sky Sanctuary recognition for the Massacre Rim Wilderness Study Area. Searching for additional areas for possible Dark Skies recognition, Friends of Nevada Wilderness staff focused-in on the stunning, Lunar Starlight region of central Nevada.

In brainstorming about different ways to promote and protect dark skies in Nevada with members of the Basin and Range Dark Sky Cooperative, Friends of Nevada dusted off the idea of an alternative byway for travelers to journey through the dark skies of central Nevada between National Parks. As discussions focused in on supporting Nevada rural communities, the concept of recognizing a special “Dark Sky” Highway between Nevada's two International Dark Sky Parks, Great Basin National Park and Death Valley National Park, began to formulate. Somewhere in the welter of ideas being thrown around in the Friends of Nevada Wilderness office, one of the staff members verbalized the concept as “Park to Park in the Dark.” The name stuck and the idea quickly outgrew the scope of the Basin and Range Dark Sky Cooperative and became its own entity. With a grant from the Nevada Commission of Tourism, and the hard work of partners including Nevada individuals, the towns Baker, Ely, Tonopah, Goldfield, and Beatty, and partnerships with Basin and Range Dark Sky Cooperative, National Park Service, Bureau of Land Management, US Forest Service, Nevada State Parks, Nevada Division of Outdoor Recreation, Great Basin National Park Foundation, and Friends of Nevada Wilderness, Park to Park in the Dark became a reality with the launch of its website in April 2022. 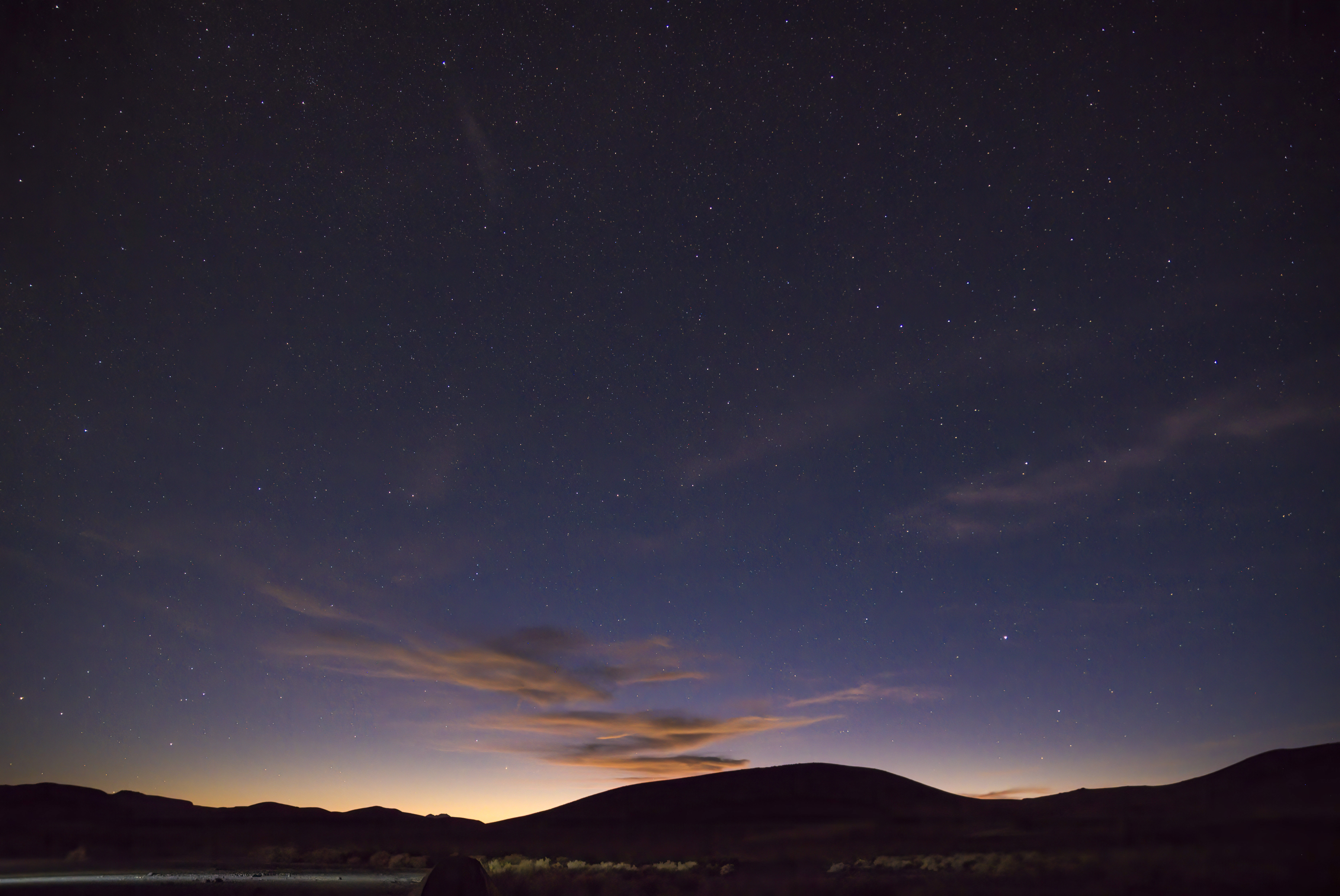 below to get driving directions