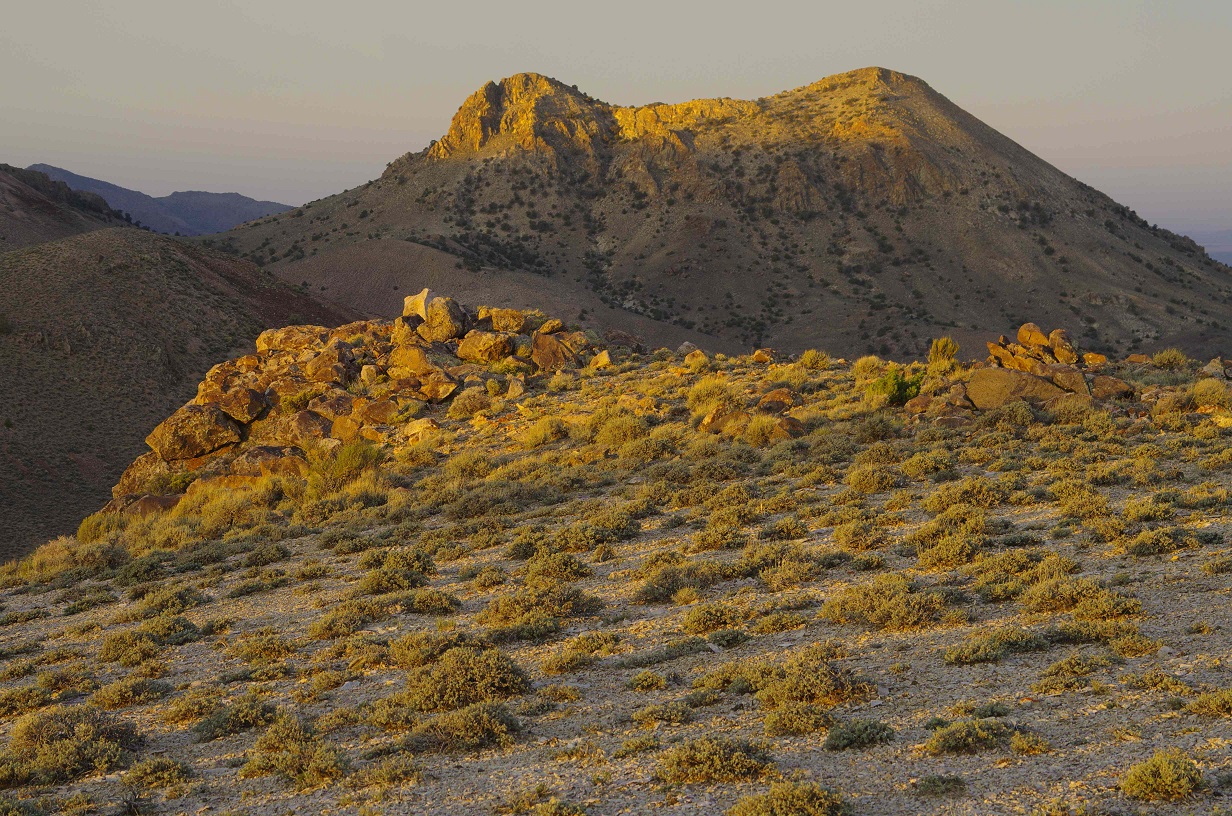 Enigmatic and diverse volcanic rock formations of the north Kawich Range proliferate within Castle Rock Units.  Rhyolite towers, spires, and domes break through the ridges and peaks.  Violent rhyolitic volcanism erupted through this area 22-23 million years creating the welded ash-flow tuffs that form the core of this area.  This area has been referred to as a region of “nested calderas.” These multicolored formations create surprising vistas with every turn of the canyons.  The Castle Rock itself on the southwest corner of the unit still presents the classic shape of an erupting volcano.    Elevations in the unit vary from 5400 feet at the base of the alluvial fans to 7600 feet along central mountains.

The low-relief alluvial surface on the eastern side of this unit supports a dwarf-brush and grassland community that provides good habitat for pronghorn. This alluvial fan system also provides a canvas for the daily paintings of sun and shadow as the sun sets over the mountains in the core of the unit. The alluvial fan system truncates against the volcanic core of this unit, which rises abruptly from the gentle relief of the valley floor.  This sudden vertical relief produces steep walls and ridges and rugged canyons.  One monumental formation on the east face of the range rises as a 1000-foot high, bare-rock rampart.  This formation provides excellent habitat for nesting raptors and rock climbers alike.

The high alluvial surface on the western slope of the unit supports a sagebrush/grassland community that provides good habitat for pronghorn.  Horned lizards abound in the alluvial washes.  Moving up the fans, scattered juniper and pinion begin to appear along the upper arroyos.  A variety of cacti can be found across the area including cholla, prickly pear, and hedgehog.  Four springs in the heart of this area provide life-giving water to support the pronghorn antelope, mule deer, wild horses, coyotes, bobcat, and mountain lion found in this wild area: Black Rock and Clifford Springs on the western part of the range and Black and Radium Springs on the eastern side.  Birds one is likely to encounter in this unit include: Golden Eagles, Turkey Vultures, Northern Harrier, Swainson’s Hawks, Red-Tailed Hawks, Prairie Falcons, American Kestrels, Mourning Doves, Common Nighthawks, Northern Flickers, Western Flycatchers, Ravens, Crows, and Pinion Jays.

The dryer, western slopes of the unit present the aspect of broad volcanic ridges artistically balanced between bare rock and scattered juniper/pinion and sagebrush communities.  In many places, old volcanic cones, tuff falls, and carved ash-flows punctuate these hills creating fanciful formations such as the “camel.”  Reclusive pediocacti push-up through the gravelly soils on these upper slopes when seasonal storms bring an abundance of water.  These remarkable plants tell a story as old as the great basin.  It is the story of patience, endurance and survival.

Historic use of this area included mining for gold and silver in the early 1900s along the southern boundary of this unit in the Bellhelen mining district.  These ore deposits formed in the contact zone between rhyolite calderas of the Castle Rock Unit and intrusive mass of the southern Kawich Range.  Currently the area is used for hunting, rockhounding, hiking, camping, bouldering, sight seeing, photography, and backpacking. 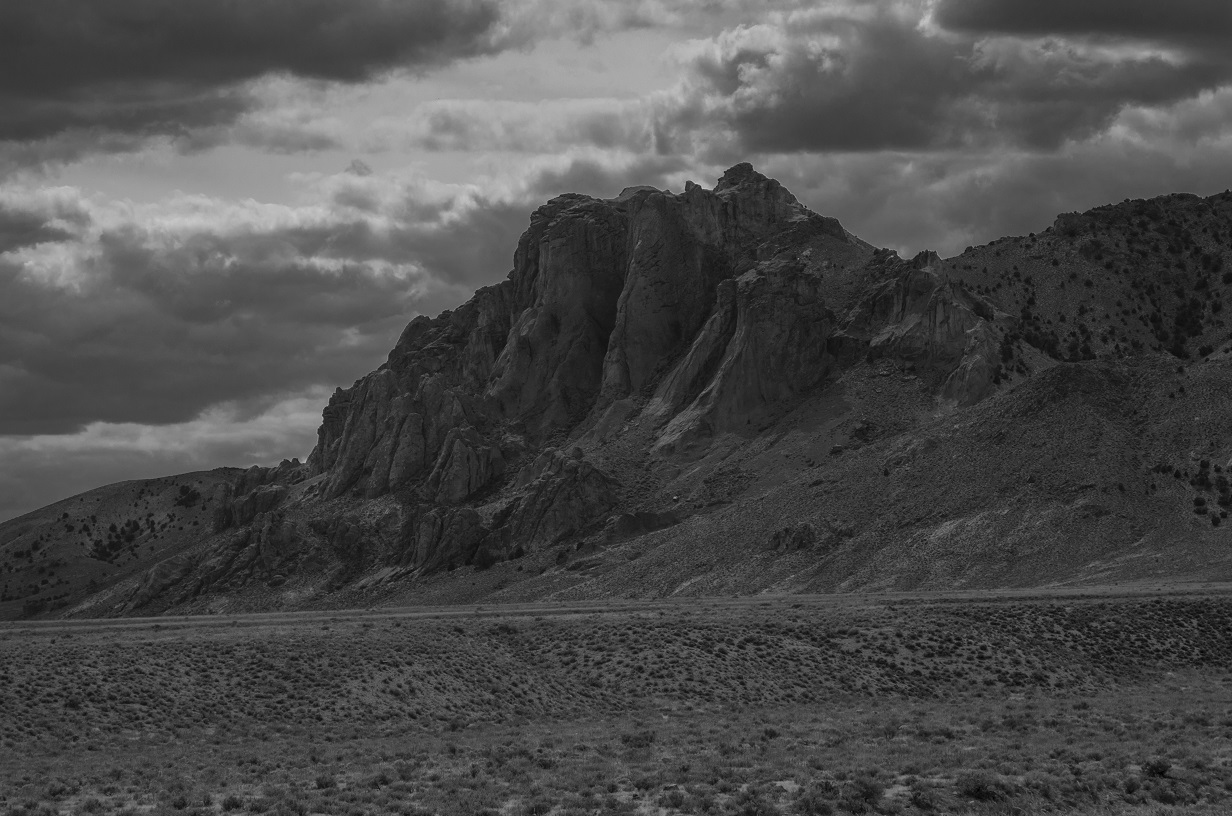 To see more photos and explore this Unit on Google Earth, visit Panoramio (will open a new window)