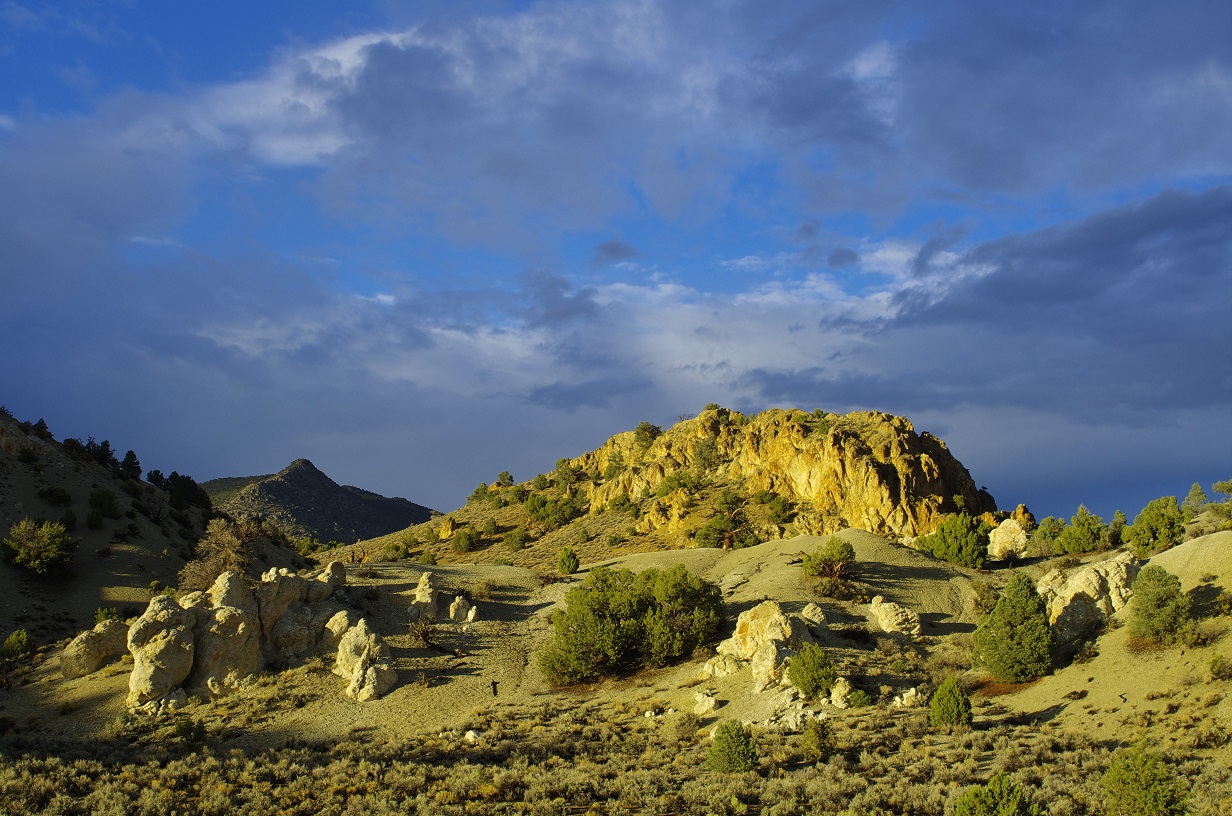 A maze of multicolored, ash-fall hills characterizes the southwest corner of the Confusion Hills.  These formations create the fanciful landscape from which the name of the area is derived.  Open stands of pinyon and juniper trees flow-over these low hills and queue-up along the shallow canyons.  The Great Basin sagebrush community plants weave in and out of the trees, covering the hills where the soils are stable and developed enough to support vegetation.  In many locations, the soil of these ash-derived hills is so unstable that vegetation cannot gain a foothold.  In these areas only the most determined pinyon or juniper survives, growing in twisted and stunted forms that mimic the chaotic terrain.  As the foothills climb toward Cruiser Peak and higher terrain, the pinyon and juniper become denser and form a diminutive forest.  This extensive pinyon/juniper forest continues over the crest of the range and down toward the eastern boundary.

The vegetation thins again on the east side of the Confusion Hills area and the multicolored Red Ring Mountain dominates the eastern boundary dressed in a cloak spotted with pinyon and juniper.

The Confusion Hills provide ever-changing adaptations of natural habitats as the terrain makes incremental changes responding to variations in precipitation, soil types, and exposure to the relentless desert sun.  A wide diversity of animals call this unit home, including: coyotes, bobcat, mountain lions, mule deer rabbits and rodents.  The natural integrity of this corner of Nevada abides and for all visitors, the most dramatic attribute of the Confusion Hills is the appearance of naturalness.