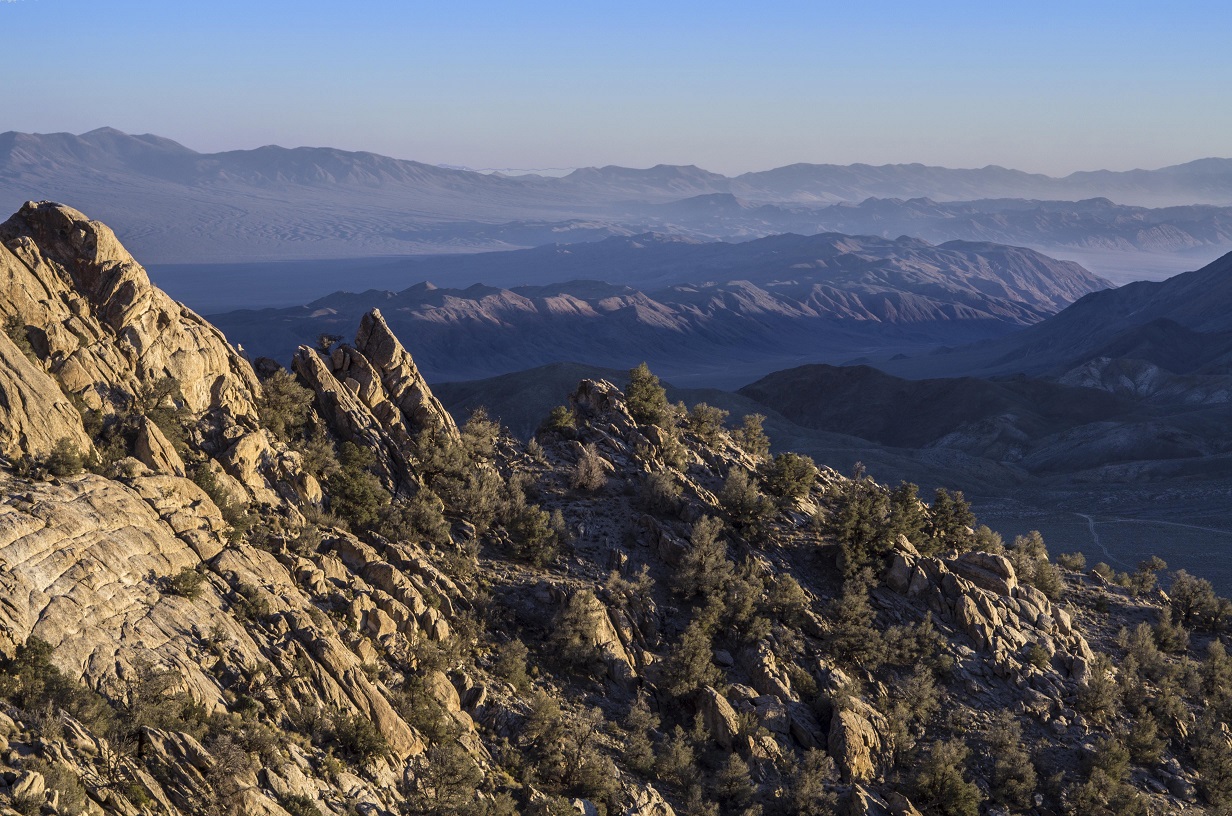 The Lone Mountain area presents a wide diversity of natural terrain and habitats. Natural processes as old as the earth continue to carve and sculpt this mountain into a spectacular complex of rugged and steep canyons covered with a relatively high density of trees compared to surrounding areas.  Pinion and Juniper forests cloak the upper elevations while alkali-tolerant plant communities comprise the foot of this area immediately adjacent to the salt flats.   The range of rainfall in the Lone Mountain can vary wildly from an average of only about 5 inches per year at the base of the mountain to thunderstorms and flash floods triggered by the towering heights of this prominent mountain.  These downpours can unleashing half this much water in a single event.  Likewise, the precipitous height of Lone Mountain assures that the temperatures can change as much as 20 degrees from sweltering summer temperatures over 100 degrees at the base, dropping to a comfortable 80 degrees at the summit on the same day.

The long alluvial fans issuing from the canyons of Lone Mountain resulted from eons of rain and flash floods relentless wearing away this majestic mountain.  The alluvial fans create a systems of ramps covered with constantly changing desert vegetating and habitat slowly yielding to the upland sagebrush community at the foot of the spectacularly carved-granite walls and summits that comprise the Lone Mountain itself.    The geologic history of Lone Mountain spans at least 500 million years when continental-derived sediments deposited as layers beneath the sea.  Then 70 million years ago as upheavals far beneath the earth forced this area above the sea, quartz-monzonite pluton intruded into these sediments. With more faulting and fracturing from pressures deep in the earth 20 million years ago, dikes and sills shot through the fractures creating stripes of different rock within the pluton and surrounding sediments. 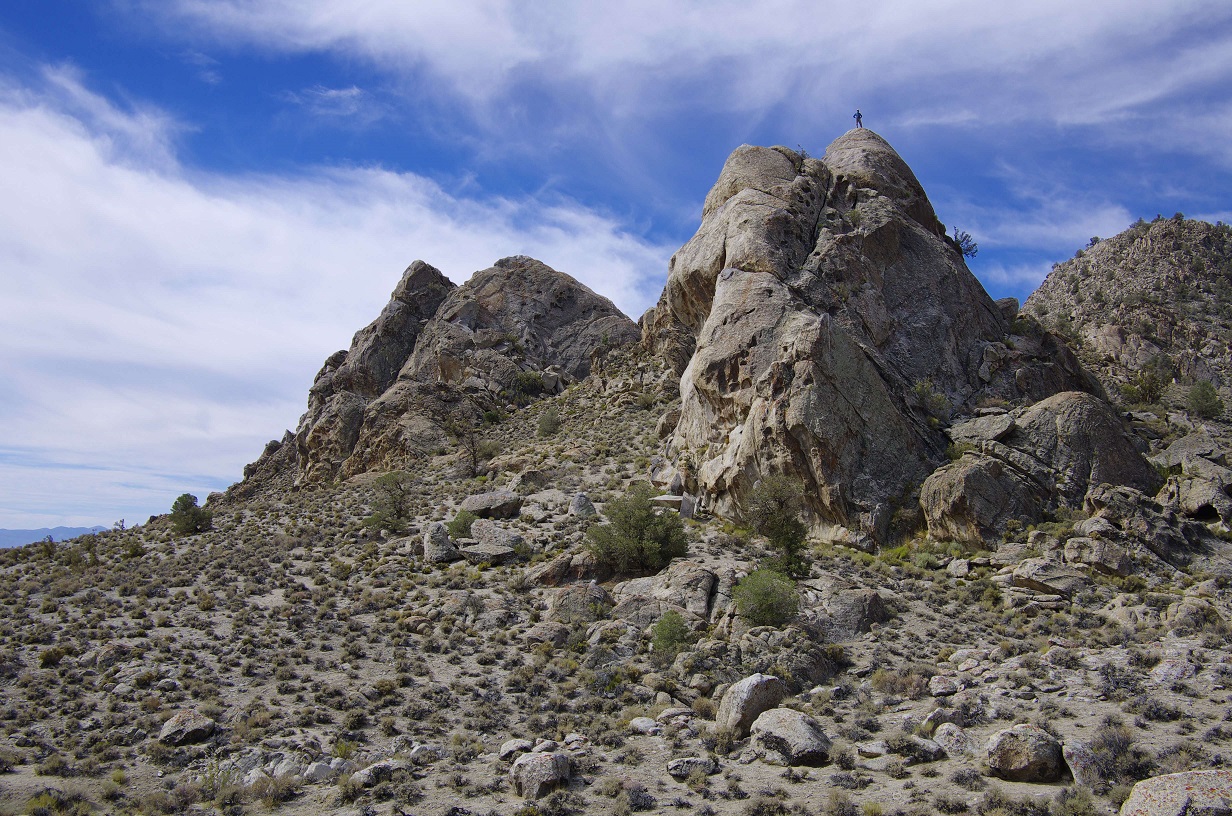 The 20 million years of stretching and block faulting that formed the Basin and Range brought Lone Mountain high above the surrounding terrain, now buried deep beneath the Quaternary sediments of the surrounding valleys.  It is the nature of the hard and resistant granitic rock of Lone Mountain that has allowed it to remain defiant and craggy while less-durable rock have long ago eroded into the valley fill.  All components of this remarkable story of natural history are plainly written upon Lone Mountain for even the most casual visitor to marvel at.  One cannot look upon Lone Mountain today without seeing the relentless battle between the earth and the elements revealed on the landscape.

Lone Mountain is truly a mountain Island in the inhospitable alkali desert of central Nevada.  And like an island, Lone Mountain has become a sanctuary for many species from the snakes, lizards, and scorpions haunting the lower reaches of the alluvial fans, to the rabbits, mice, squirrels, horned toads, and coyotes of the mid and upper fans, to the mule deer, bobcat, mountain lion, and desert bighorn sheep that prowl the magnificent heights of the area.  Ridges throughout the area show the distinctive signatures of bighorn sheep bedding sites. Above all, magnificent raptors soar along the highest ridges while ravens tumble and play in the unpredictable gusts above the summits.   Springs provide life-giving water in the deep recesses of the larger canyons and support riparian vegetation and amphibians.  High on the southern edge of the area are isolated natural gardens of Mohave type cacti and Joshua trees.  These might be northern-most reaches of this vegetation habitat in Nevada.   Elevations vary from 4500 feet adjacent to the dry lakes and sand dunes of the Big Smokey Valley up to 9100 feet atop Lone Mountain summit providing a remarkable range of habitats for plants and wildlife. (See attached species list.)  Standing as a solitary sentinel between the southern and northern deserts, and between the lowlands and the higher elevations, the Lone Mountain area supports one of the most diverse systems of natural integrity to be found anywhere.

To see more photos and explore this Unit on Google Earth, visit Panoramio