The Washoe and Northern Paiute have been utilizing the resources of the Wovoka Wilderness for at least 9,000 years. This area is rich in cultural resources, including drive fences, petroglyphs, house rings, ritual sites, and tool-making sites. A prehistoric village site, with at least 20 house rings, exists within Wilderness. For countless generations, local Paiutes and Washoe have looked to this area as for important pine-nut, hunting, and medicinal resources. Today these traditional life ways continue within the Wovoka Wilderness.

History of this area begins with the begins with establishment of the mining town of Aurora in Utah Territory in 1861. When this town boomed, alternate routes to connect the area with San Francisco were investigated including a proposed wagon rough down Rough Creek to the Elbow of the West Walker River, then northwest around the southern tip of the future Wilderness then north along the western edge. This was to become the Esmeralda Road and was traversed by none other than Mark Twain in the 1860s. With the fading of mineral wealth in the Aurora and Masonic areas in the 1870s, travel around the boundary of the Wovoka Wilderness area declined and the local economy shifted to ranching operations. Several large ranch holdings in the area were acquired by the state of Nevada to be include in Walker River State Recreation Area. The State Parks works with the Walker Basin Conservancy and the Nevada Department of Wildlife on stewardship activities, including work to protect priority habitat for the Bi-State Sage-Grouse. These State Parks Land were first opened to the public in 2017. While these State Lands are designed to be accessible for a variety of users, the Wovoka Wilderness provides a place where traditional forms of recreation, like hikers, equestrians, backcountry skiers, flyfishers and others can pursue these without the disturbance of engines. 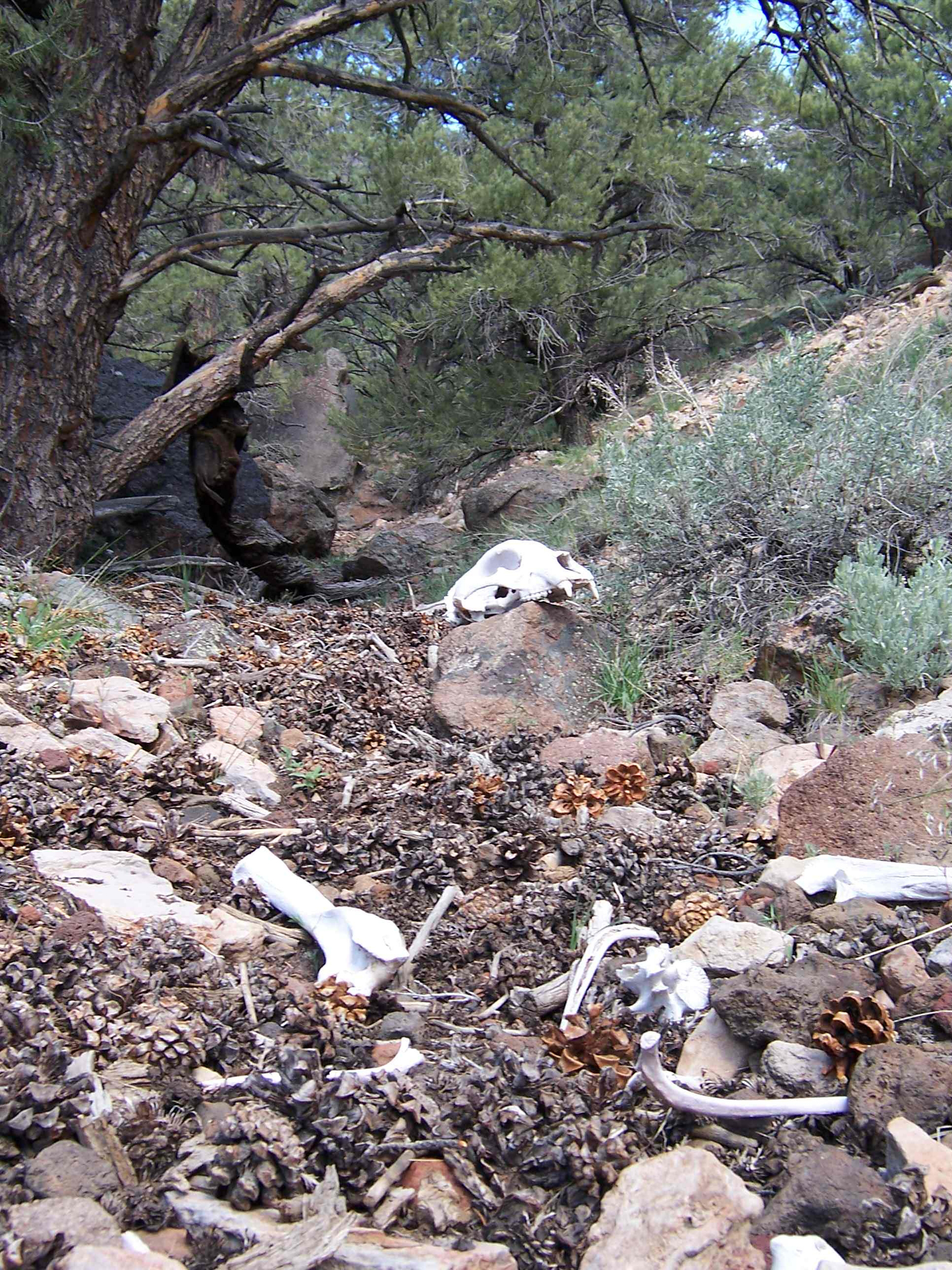 Geology
Nearly the the entirety of Wovoka Wilderness is composed of Tertiary volcanic rocks dating between 6 and 7.5 million years old. The highest elevations of the Wilderness, including Bald Mountain at 9,407 feet, is comprised of andesite flows and the remainder of the unit is dominated by basalt flows, multi-colored rhyolite, and undifferentiated volcanic sedimentary rocks. Occasional flat, open valleys and small, seasonal lake basins comprised of recent alluvium provide a counter point to the rugged and rocky character of the dominant volcanic features of the area.

Wildlife
Ecologically, the Wovoka Wilderness offers a critical link between the Sierra Nevada and Great Basin. To the west lie the Sweetwater Mountains; to the south, the Bodie Hills; to the east, the Wassuks and Mt. Grant. The Pine Grove Range provides critical habitat and migration corridors, both north-south in the Pine Grove Range and into the Bodie Hills, and east-west from the Wassuks and Mt. Grant through the Pine Grove Range, to the Sweetwaters and Sierra Nevada. This largely undeveloped landscape allows species to migrate seasonally and in response to stress caused by fire and drought.
The  Wovoka Wilderness contains critical habitat for the bi-state sage grouse population including leks and summer, winter, and nesting habitat. Other important birds and animals include bighorn sheep, blackbear, bobcat, cougar, nesting golden eagles, small-footed myotis bats, Townsend's big-eared bats, and Apache silverspot butterflies.