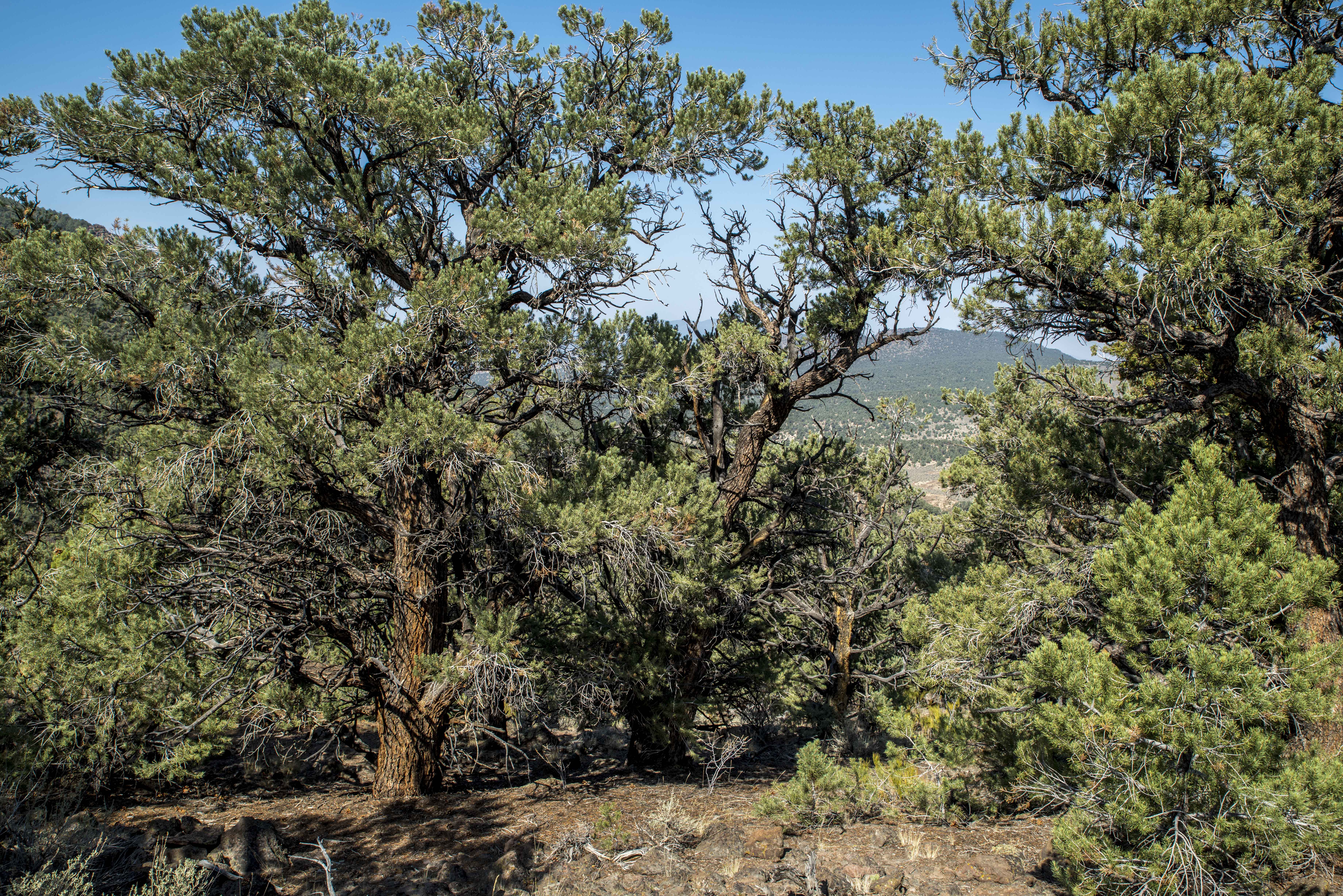 A Deeper Dive Into the Conservation of Wovoka Wilderness

The interest in preserving the wildness of Bald Mountain is the story of two local youths from Yerington who developed a lifetime of passion for this unique area from their teenage years. Art Shipley first visited what would become the Wovoka Wilderness in 1948 when he hunted there at the age of 17. Steve Pelligrini first visited the area with his father in 1959. Over the next 55 years Art and Steve would return to the area to explore every ridge and canyon. They discovered wildlife that was not believed to living the area and found archeological evidence for a Native American presence over 10,000 years old. Art and Steve also watched as the area became increasing threatened by mining and off road vehicles. In February of 1972, the Toiyabe Chapter of the Sierra Club conducted a preliminary evaluation of 99,000 acres of the “Pine Grove Hills” and gave it a preliminary classification recommendation of “Wild. B” (Probable High-Quality Wilderness). The 1979 the USFS RARE II Decisions looked at 73,990 acres of Bald Mountain [aka Wovoka] and allocated it to “Non-Wilderness.” Steve and Art were not deterred, however, despite the fact that they lived in a community that predominately embraced ideological objections to protected Wilderness lands.

Working with Steve and Art in 2005, Bald Mountain was visited and documented by conservationists and proposed as a Wilderness. This proposal failed and withered in an ill-fated 2007 Wilderness campaign, which fomented an extreme anti-wilderness stance by Lyon County. The Lyon County commissioners passed a resolution that there would never be any designated Wilderness in their county. Art and Steve continued to work with conservation organizations like Friends of Nevada Wilderness and other Wilderness advocates to permanently protect the wildlife, natural, and important archaeological values of Bald Mountain through Wilderness designation.

In 2012, an opportunity presented itself for protection of Bald Mountain and its natural and cultural resources. The City of Yerington wanted 11,000 acres of BLM managed public lands in the Pumpkin Hollow area for light industrial expansion and to sell to NV Copper for mining. This set into motion an opportunity for a federal land exchange with a Wilderness designation component. As critical Bi-State Sage Grouse habitat had become important for survival the species, designating Bald Mountain as Wilderness would demonstrate a good faith effort by Lyon County for permanent protection of the Bald Mountain Bi-State Sage Grouse habitat. Additionally, local Wilderness advocates worked with the Walker Lake and Yerington tribes and the granddaughters of Wovoka to get their support for Wilderness protection for of the natural and cultural resources Bald Mountain and their permission to rename the area the Wovoka Wilderness. All of these elements precipitated a coalition to work toward the designation of the Wovoka Wilderness. In September of 2012, the local wilderness advocates conducted a tour of Wovoka with Friends of Nevada Wilderness staff to negotiate acceptable boundaries for stakeholders and the Nevada congressional delegation. Lyon County unanimously reversed their opinion about Wilderness and the Lyon County Economic Development and Conservation Act was introduced in the 113th congress in 2013.

After two more years of intensive work, on December 12, 2014, Wovoka became a designated Wilderness area with the Congressional passage of a public lands bill as part of the National Defense Authorization Act. Art’s fondest wish to have “future generations be able to see this country as the ancient aboriginals saw it, or as how I saw it on my first hunting trip in 1948” came true.

A Deeper Dive Into Wovoka, the Native American Prophet

Wovoka was born in the Smith Valley area southeast of Carson City, Nevada, around 1856. "Wovoka" means “Cutter” or Wood Cutter” in western the Paiute language.  His father, Tavivo ("White Man" in Paiute) was known as a “dreamer with supernatural powers” and for his own “prophetic claims and teachings.” Wovoka’s father followed the teachings of Wodziwob, who was part of the original Ghost Dance movement in the 1870s. At the age of 12-14,  Wovoka had been fully immersed in the Ghost Dance philosophy as a compliment to the spirituality of his father’s Native American mysticism.

In the mid 1860s, Wovoka started working for David Wilson in the Mason Valley and was given the “white name” of Jack Wilson. During this time, Wovoka learned of Christianity from David Wilson and was given regular work, including tending cattle and ranch work in the area that would become Wovoka Wilderness.

By the time Wovoka was twenty, he stood six feet tall and he married a Paiute woman he named Mary in honor of David Wilson’s wife.  There is some suggestion that Wovoka also traveled in Northern California over the next 2 decades of his life, most likely as part of a farm labor system that used Paiutes as laborers in picking hops in the Pacific Northwest at that time.  If so, Wovoka may have been introduced by the Pacific Northwest Tribes to the Washani or “dreamer” religion and the Indian Shaker movement. Whatever the genesis of Wovoka’s beliefs, they were grounded in Native American Mysticism, Christian theology, and his paternal family tradition as “medicine men.”

There are three conflicting stories about the circumstances for Wovoka’s vision for the revival of the Ghost Dance.  One says he was chopping wood for David Wilson (in what may have been today’s Wovoka Wilderness) in 1887. Another claims that Wovoka received his vision after entering a two-day trance and to the awaking in tears. The most poetic account tells of Wovoka lying close to death in the grips of a fever and had his vision and a journey to heaven and God during the total solar eclipse of January 1st 1889.  Whatever the circumstances, Wovoka’s vision directed him to perform the “Ghost Dance” (variation of the Paiute round dance, which Wovoka had introduced several years before) at intervals for five consecutive days  as a vehicle to hasten to a new world where Indian peoples would be reunited with their deceased loved ones and relive the old ways in harmony.  The other critical element of Wovoka’s vision was peace: the dancers were to live honorable lives, be good and love one another, live in peace with the whites, do not lie or steal, and put away all practices of war.  Wovoka also believed that God gave him control over the elements so he could make it rain, snow, one dry at will.   There are contemporary accounts and oral traditions of Wovoka’s weather-related miracles.  Wovoka’s teachings quickly spread, first through the Western Paiute people then found a larger, national audience throughout the West and upper Midwest.  Representatives and envoys from many tribes traveled to Nevada to hear and experience what Wovoka was teaching through 1889 and 1890.  Wovoka’s teaching became the first Pan-Indian movement in the United States. Wovoka remained adamant that he was but a prophet of God and the new world to come.  As so often happens, with the rapid rise of Wovoka’s words and teaching, the teachings themselves evolved into something else and Wovoka himself was transformed from a prophet to the Messiah in the minds of the practitioners of the Ghost Dance in far flung locations, such as on the Great Plains. Unfortunately, the performance of the Ghost Dance in the Great Plains was looked upon as Indian Militancy by the Indian Bureau and military and eventually led to the Wounded Knee Massacre in December 29, 1890.

Wovoka did believe in the return of a Messiah who would usher in his vision of a reunited pan-Indian world, but he always insisted that he himself was merely a prophet.  In fact, Wovoka foretold of a Messiah who would some day appear on Mount Grant. When Wovoka learned of the Massacre at Wounded Knee, he encouraged his followers to return to their tribes and stop dancing.  Wovoka’s standing as Pan-Indian leader diminished through the 1890’s.  Wovoka, however, continued to inspire devotion from local Paiutes and even beyond as his message expressed a desire of hope for Native Americans in a nation eager to extinguish their culture and assimilate their people. Wovoka continued to receive letters from his followers throughout the remainder of his life.

Wovoka died on September 20, 1932 and was buried in the Paiute Cemetery in Shurz. 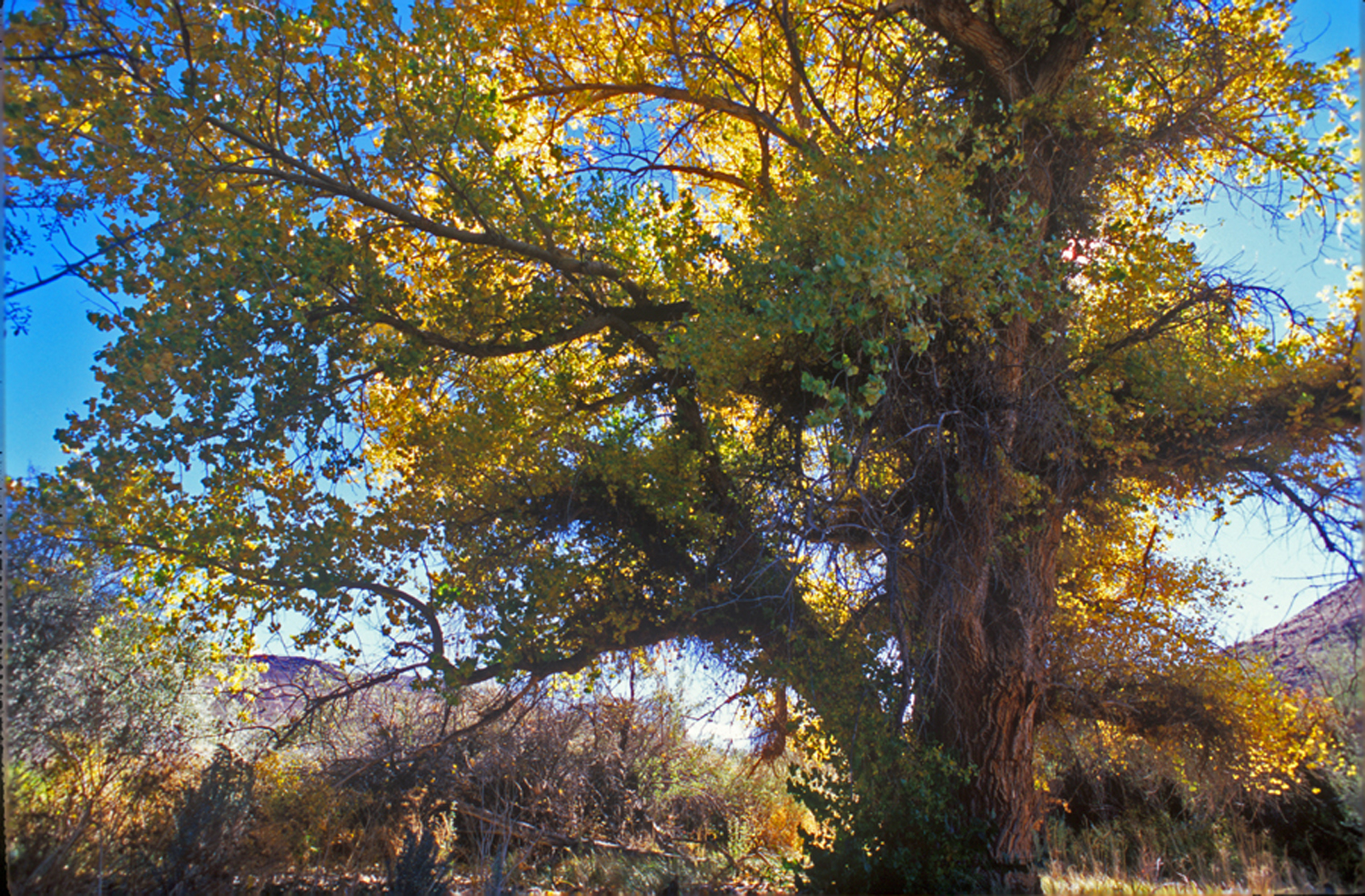