In 2013, Bensen and his team of researchers determined a rock-solid date for petroglyphs carved into tufa formations on the margins of Winnemucca Lake. This lake was immediately east of and connect to Pyramid Lake at the time the petroglyphs were created. The researchers determined that ancestral Native Americas were living in the shadows of Tule Peak a minimum of 14,000 years ago. Archeological dates are understood to be minimum dates for human occupation. Recent research at White Sands New Mexico documents human footprints in lakeshore mud dating to 23,000 years ago. There is a strong possibility that humans may have wandered the shores of Pyramid Lake and looked up at Tule Peak more than double in time depth than was believed a decade ago. Native Americans themselves say they have always lived here, they may be right.

The Pyramid Lake Paiute people have been fighting to protect their land, resources, and life-ways for a very long time. Through negotiations, armed conflict, and more recently in the courts, the Paiute people have struggle to carve out a path to retain cultural identity and relationship with the resources and the land. The current boundaries of the Pyramid Lake Reservation in no way represent the extent of Paiute traditional cultural landscape.  The Reservation is only an arbitrary boundary established by US government to justify the forced removal of the Paiute people from their greater traditional cultural landscapes. Whatever protections that ultimately are put in place for Tule Peak, it is essential that the Paiute people are at the table making those decisions and  are actively involved in the future management of Tule Peak.

“Be honored to witness these resources today. Long ago, our ancestors saw the same resources. They preserved them for us, we must preserve them for the generations to come.” (source: pyramidlake.us)

The naming of "Tule Peak" is lost in the literature.  The Nevada Place Names attribute the name "Tule" to Spanish, derived from the Nahuatl (Uto-Aztecan family of languages) word tollin meaning "bulrush." The Numic languages (of which Paiute languages are a sub group) are also within the Nahuatl language family.  The Paiute historically identified local tribes by their primary food source: the Pyramid Lake people were known as the Cui Ui Ticutta  [aka Kuyuidokado, Kuyuidikadi], the people of the Lovelock area were known as the Koop Ticutta [aka Kupadikadi] (meaning "ground-squirrel" eaters) and the people of the Carson Sink were known as the Toi Ticutta [aka Toidikadi] (meaning "tule eaters").  Herein lies a derivative of that core Nahuatl word "bulrush," toi in the Numic language.  As for attaching the name of a plant to a peak that towers nearly 4,000 feet above the nearest bulrush, reed, or sedge, that is a mystery worth investigating. Perhaps a chronicler, standing on the shore of Pyramid Lake while pointing in the direction of Tule Peak, asked an indigenous informant what it was called.  And the informant, looking in the general direction the chronicler indicated, thought he was asking about the important resource of the foreground "toi" growing in the marsh of the Truckee River delta.

Except for the uranium rush in the 1970s, there is not much available history for the Euro-American settlement around Tule Peak.  Nearly all the steams, meadows, and dependable springs surrounding and within the Tule Peak area were privatized in the wholesale giveaway-frenzy of Nevada statelands soon after the agreement for transfer of selected American public lands to the state was accomplished with the establishment of Nevada statehood. Unfortunately, quite a few of the privatized acres were within what would eventually be the Pyramid Lake Indian Reservation. 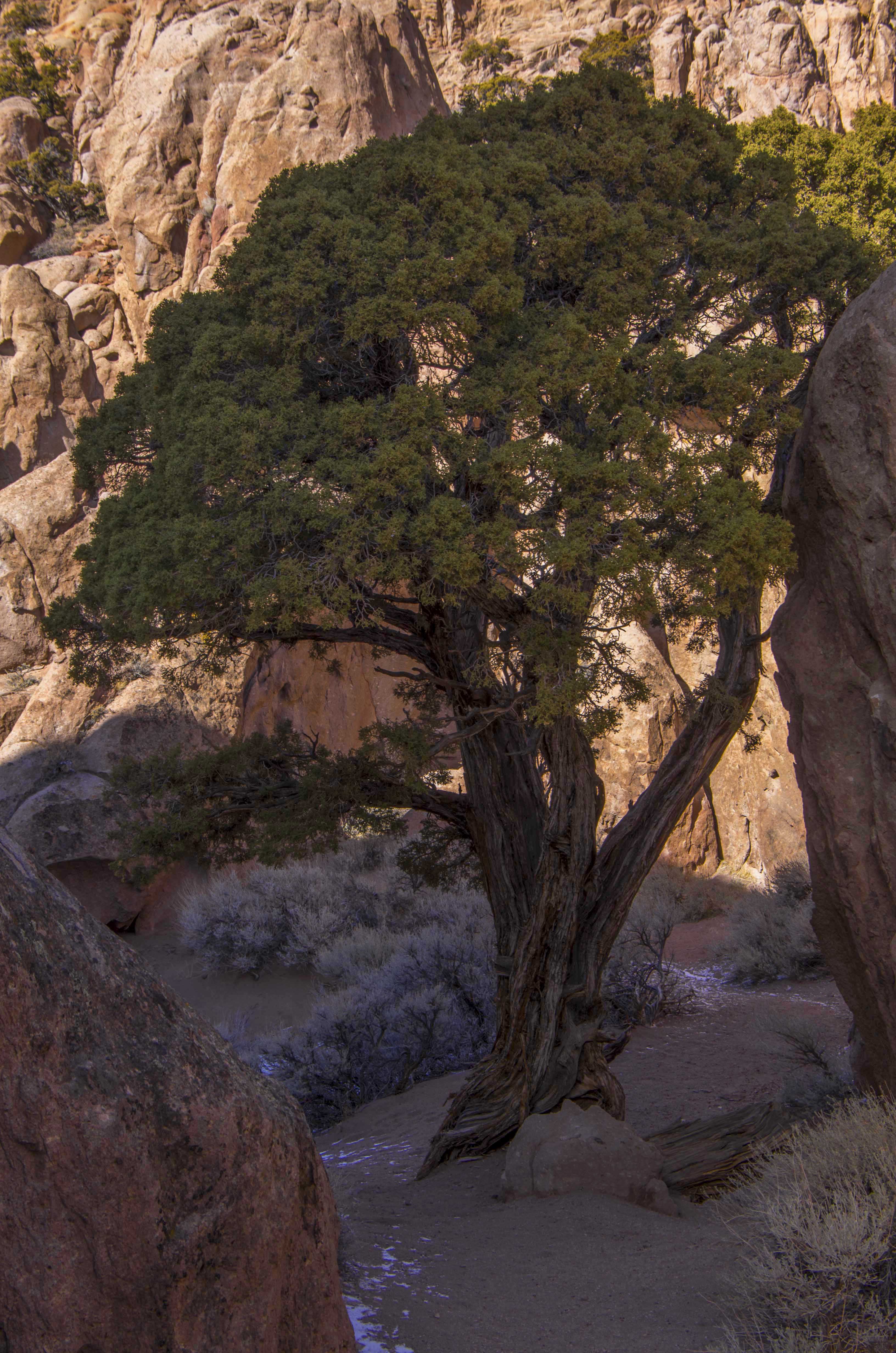 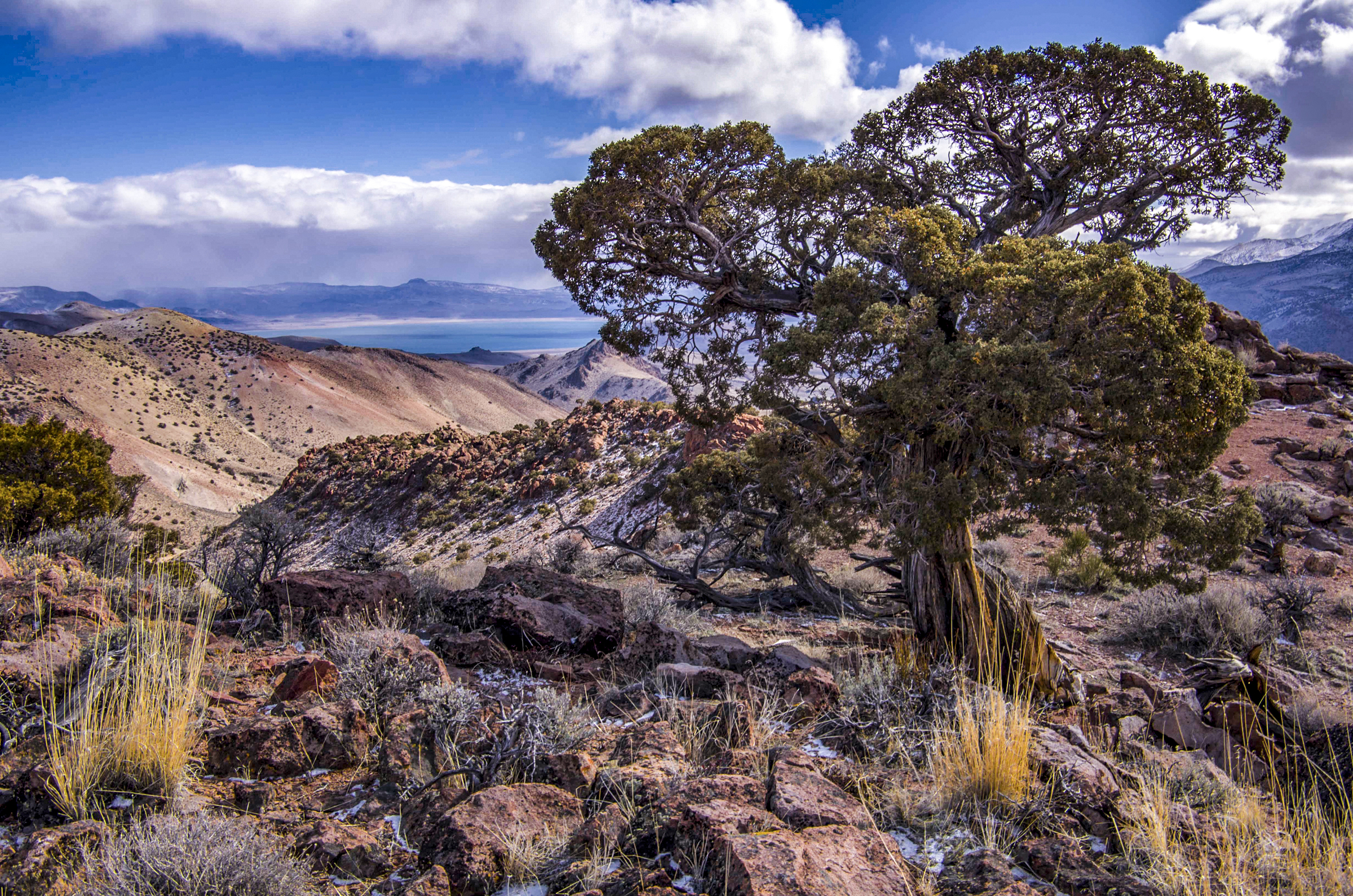 Geology
The regional geology suggest that Tule Peak may have been on the eastern extremity of a massive rhyolitic caldera that came into existence about 28 million years ago (mya). This caldera may have stretched from Tule Peak on the east to Long valley on the west to Seven Lakes Peak on the north to Lemmon Valley on the south. These initial rocks are described as the Hartford Hill formation. Remnants can be seen in the colorful rocks comprising southern portion of Tule Peak. Later, around 14 mya, the caldera may have collapsed, associated with the eruption of andesitic and basaltic deposits, which comprise the steep western face of Tule Peak and the step-down northern plateaus.  The final reshuffling the rhyolitic materials happened with erosion and low velocity volcanism which created the lake beds, fluvial sands, boulder zones tuff beds, and basaltic flows of the Truckee Formation. The waters and heat associated with the Truckee Formation created conditions amenable for moving and concentrating the minerals in the Hartford Hill formation and create the target for the 1970s uranium rush and exploration activities in the southern-most part of the Virginia Range.

Plants
The highest elevations of Tule Peak provide extensive grasslands and dwarf sagebrush communities to support upland birds and summer habitat for mule deer. Below Tule ridge, the northern part of the area is characterized by extensive upland grasses and provides excellent forage for cattle and large herds of pronghorn. (One herd of over 200 pronghorn was documented in the Spanish Flat region in July, 2012.) At higher elevations, mountain shrub is more prevalent including serviceberry, snowberry and antelope bitterbrush. Also occurring is woolly mule’s ear, lupine and arrowleaf balsamroot. A variety of grasses are also present at higher elevations especially among the flats and plateaus. These include bluebunch wheatgrass, crested wheatgrass, Basin wildrye and Indian ricegrass. Dominant plant communities at lower elevations consist of sagebrush steppe including Baily’s greasewood, horsebrush and a variety of rabbitbrush. Juniper woodlands occur throughout most of Tule Peak area. In the southern end of the area, however, a small stand of pinyon pines occurs. These trees represent some of the northern-most pinyon in this part of Nevada. The pinyon-juniper belt in western Nevada is byproduct of not only water availability, but is also temperature dependent.  Northern Nevada is prone to winter valley inversions, where the temperatures of the valleys can fall 15-20 degrees below the mid-mountain slopes.  This condition can create the occurrence of freezing fog in the valleys called "pogonip" by the Paiute.  The Fremont party struggled though this for days when they crossed the Black Rock Desert in early January of 1844.  The pinyon-juniper cannot tolerate these sometimes prolonged sub-zero temperatures associated with the valley floors. Several hundred feet above the valleys, however, the temperatures warm enough to support the pinyon-juniper trees.  Above the inversion, the temperature again falls with increasing elevation and drops into the the sub-zero range where pinyon-juniper trees cannot thrive.  Occurring sporadically just below the ridge line and down the northeastern slopes of Tule Peak are groves of aspen trees and stands of mountain mahogany. In addition to harboring a wide diversity of habitats and ecosystems, Tule Peak is an important resource for the study of ancient climate in northern Nevada. Researchers continue to consult the 30,000-year vegetation and climate record created from examining pack rack middens in this area.