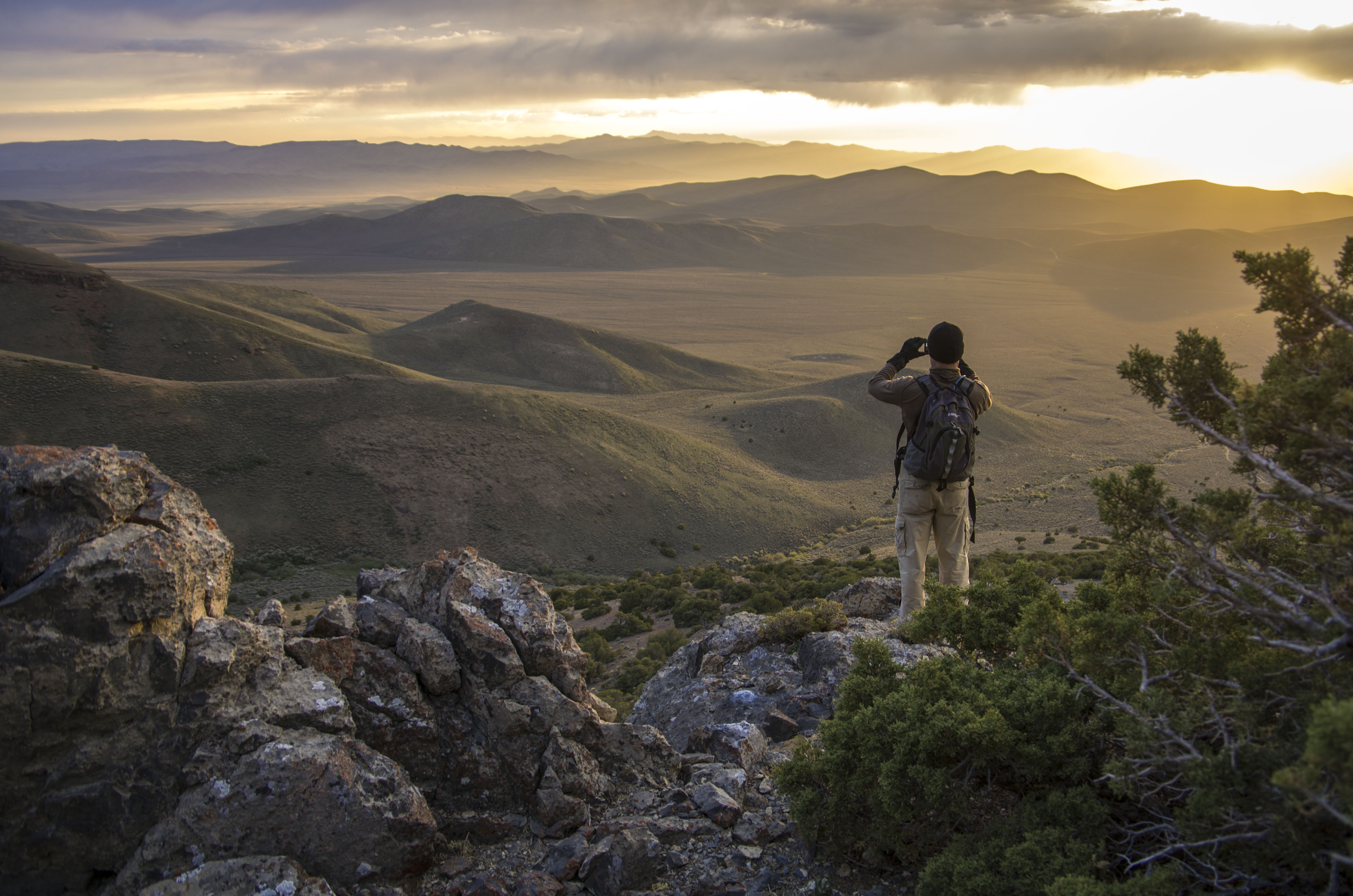 We applaud Senator Dean Heller, Congressman Mark Amodei, Congresswoman Dina Titus, Congressman Ruben Kihuen, and Congresswoman Jacky Rosen for working together in a bipartisan manner to find a Nevada-based solution that will balance conservation with economic development. In February 2017, Senator Dean Heller and our full Nevada House of Representatives delegation introduced the Pershing County Economic Development and Conservation Act in the Senate and the House.

Take Action: Send members of the Nevada delegation a thank you for their work on the Pershing County public lands bill!

Beginning over a decade ago, Pershing County has sought to resolve the status of checkerboard lands, wilderness study areas, and other public lands issues within the county. The goal of these efforts has been to provide new opportunities for economic development and protect areas of significant ecological value.

In September, the Pershing County bill received its first hearing before the Senate Committee on Energy and Natural Resources.

We look forward to working with members of the Nevada delegation as the Pershing County bill advances through Congress. 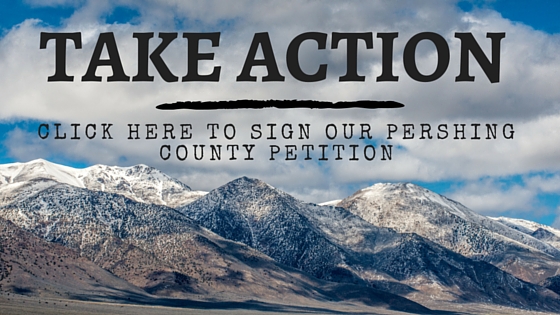 Supporters of this effort are strongly encouraged to add their name to our support letter to Senator Heller, Congressman Amodei, and Congresswoman Titus thanking them for their work on the Pershing County public lands bill. 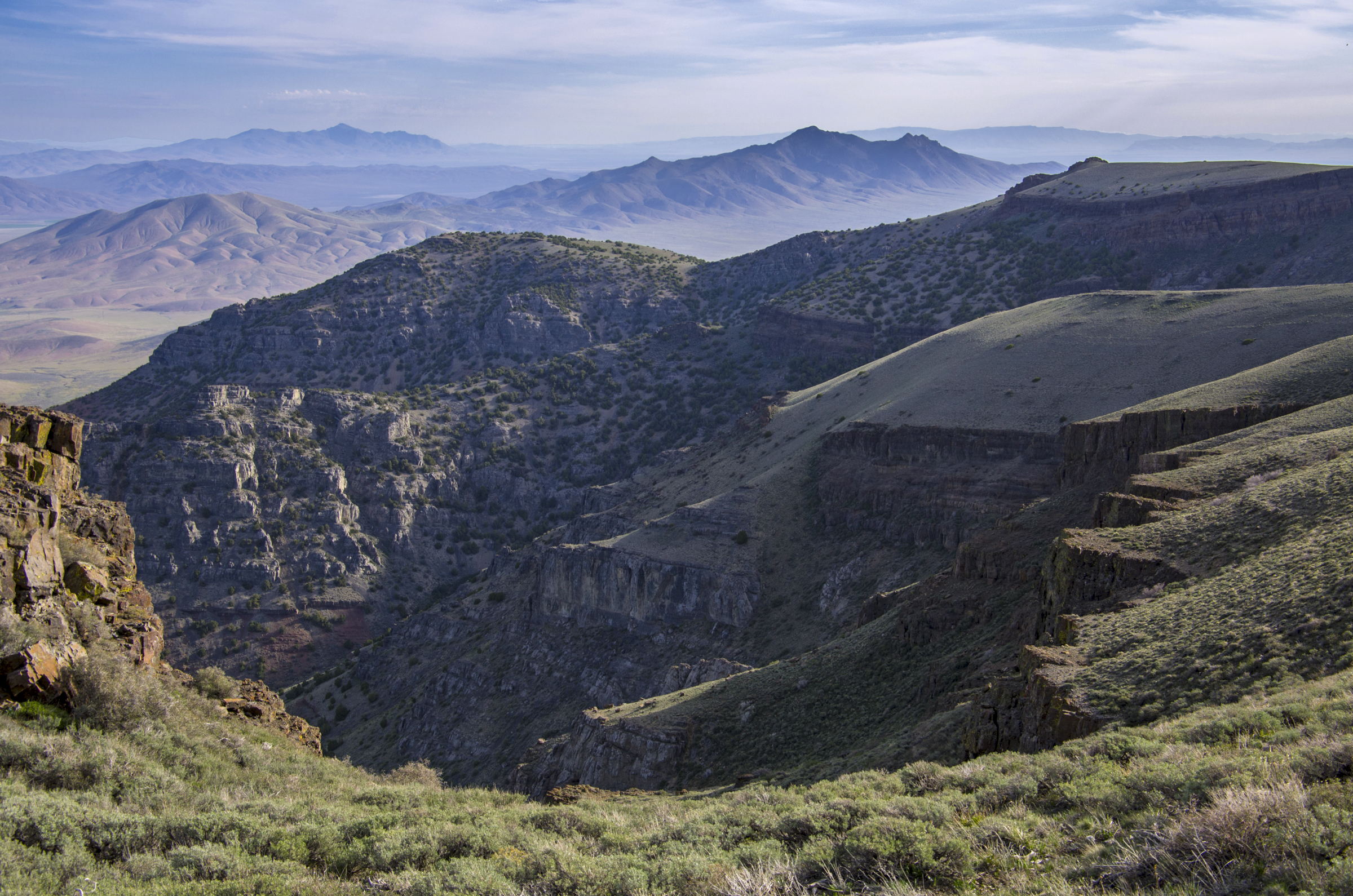 Grandfathers' (Tobin Crest) Wilderness (35,339 acres) will protect a critical wildlife and landscape corridor that assures habitat and genetic diversity for the wildlife of this region. This area is also recognized as prime Greater Sage-Grouse habitat. The rugged and wild Tobin Crest runs from north to south and is characterized by heavily altered sedimentary rock and outcroppings of shale and slate. Exceptionally tall sagebrush, growing extensively throughout the region, helps to smooth the landscape with a green tinge, while numerous wildflowers and other high alpine vegetation bring spots of bright color. Flowing water travels through the Tobin Crest canyons which creates a lush desert ecosystem unique from the surrounding landscapes and brings a variety of wildlife to this area. Extensive outdoor recreational opportunities abound here - from hiking, camping, hunting and horse-packing. Great views of the surrounding desert await hikers who make it to the upper reaches of the crest. Photo by Kirk Petersen. 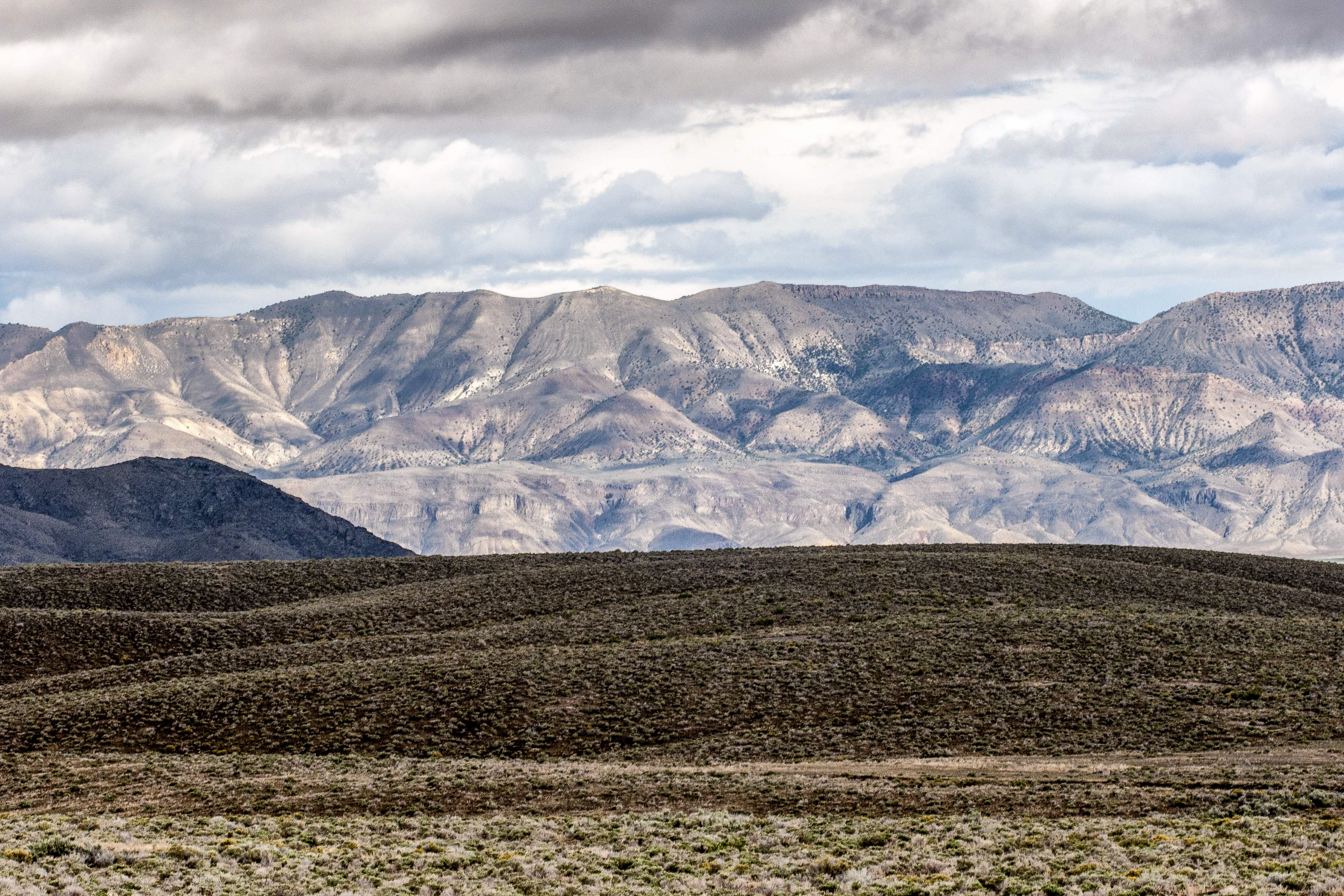 Cain Mountain Wilderness (12,339 acres) is an incredible range dotted with canyons, drainages, and isolated patches of pinyon-juniper forests. Cain Mountain, the highest point of the range, overlooks the rolling hills and sagebrush valley below. The proposed wilderness boundary encompasses rugged canyons where visitors can explore to their heart's content, gazing at ancient fossils and seasonal waterfalls. Photo by Kurt Kuznicki.

Bluewing Wilderness (24,900 acres) is flanked on the east by Granite Springs Valley and on the west by Sagehen Valley, where a small playa sits at the base of the range. Softly rounded hills rise from the valley floor, where pronghorn and jackrabbits can be found and Horned Larks and Black-throated Sparrows can be heard singing in the early morning light. The range is not marked by any steep topography, making hiking easy. Solitude is easy to find in the rounded and folded hills and small mountain which forms this exquisite range. Photo by Kurt Kuznicki. 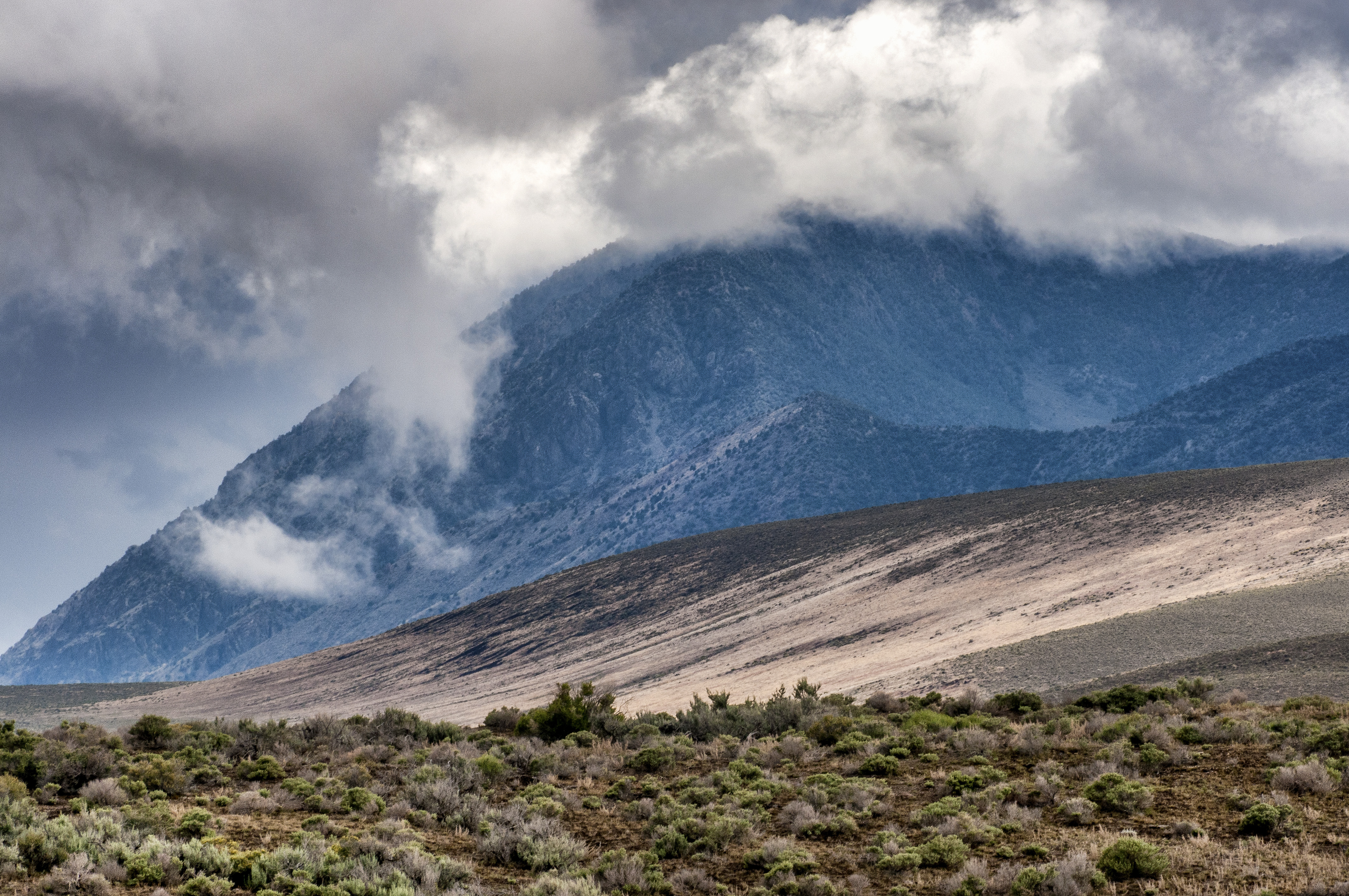 Fencemaker Wilderness (14,942 acres) makes up the northern end of the beautiful Stillwater Range. Its higher elevations are covered in pinion pines and juniper trees while its rugged limestone topography has created dramatic cliffs and deep canyons. Fencemaker is truly a place of spectacular beauty and unique natural values, a top destination for those seeking splendid scenery and a wild escape from the outside world. Wildlife is plentiful here, including antelope, mule deer, and desert bighorn. Rugged terrain creates an excellent habitat for such creatures, providing numerous small shelters and caves which are likely used as dens. Photo by Kurt Kuznicki.

The Selenite Peak Wilderness (22,822 acres) rises over 7,000 feet over the north end of the Black Rock Desert. Pronghorn are abundant in the area and occupy all but the highest extent of the Selenite Peak wilderness proposal. The Selenite Mountains' proximity to Gerlach makes this area a great recreational retreat for locals. There is limitless opportunity for hiking and great views of sprawling desert playas and tall granite peaks all around. This area is on the route of the proposed National Desert Scenic Trail. Hunting is a popular recreational activity in the area; primarily for upland game birds and pronghorn.

Mt. Limbo Wilderness (11,855 acres) straddles the southern tip of the Selenite Mountains and hosts a diversity of geologic wonders, outdoor recreational opportunities, and native plants. Elevations range here from 3,880 to 8,237 feet and its granite rocks, basaltic flows, and alluvial fans make for an interesting landscape perfect for backcountry exploration. Visitors can choose to summit its three peaks - Kumiva Peak, Mount Limbo and Purgatory Peak - or explore the shallow drainage systems and granite outcrops that dot the proposed wilderness boundary. Wildlife abound in Mt. Limbo's aspen groves and meadows that lie along the drainages in the Kumiva Peak area. Photo by Kurt Kuznicki. 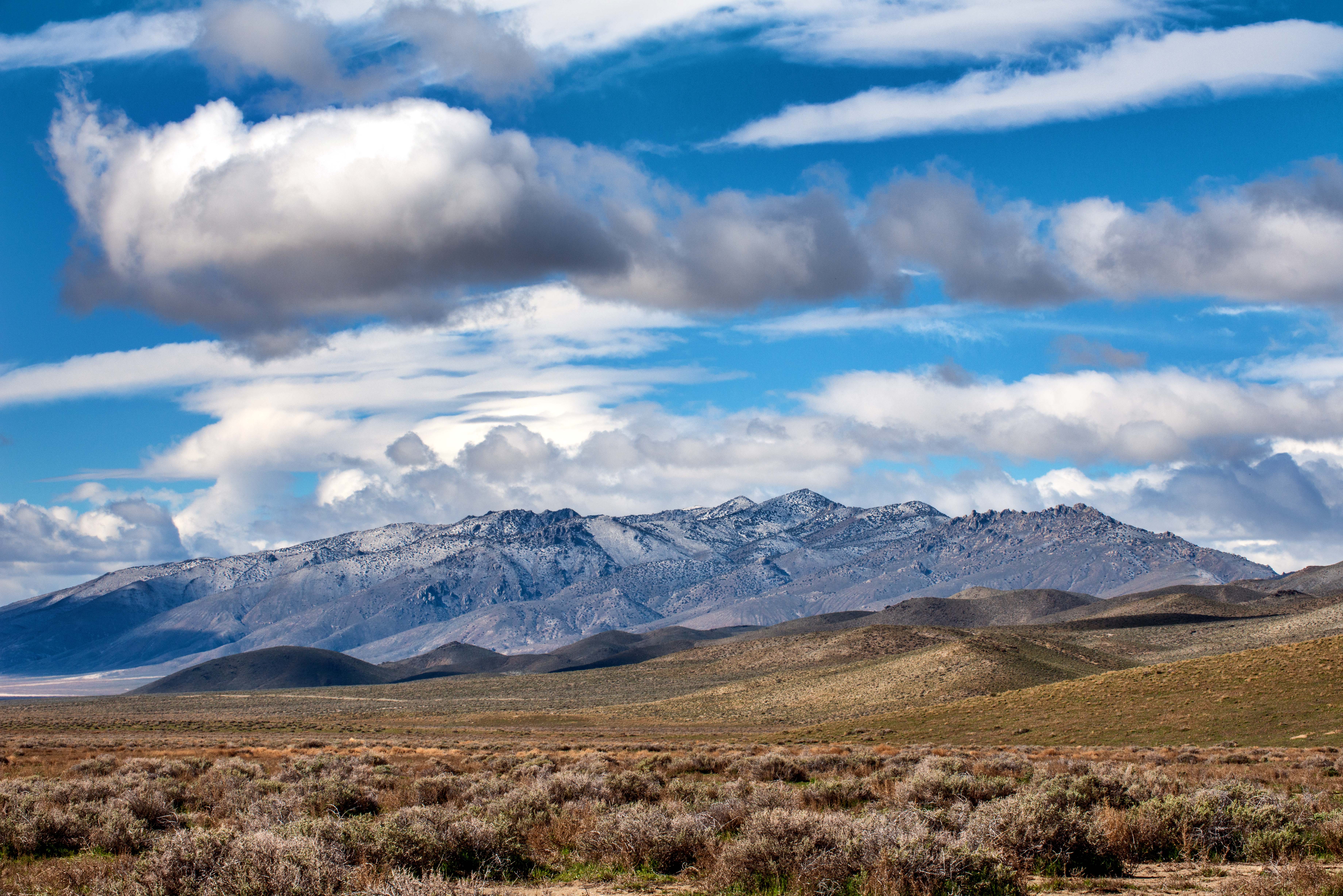 North Sahwave Wilderness (13,875 acres) provides outstanding views of several Wilderness Study Areas, the Black Rock National Conservation Area, and down onto the white spectacle of Bluewing Flat, a large dry lakebed. The groves of juniper provide cover not only to the wildlife of the region, but also to the hiker looking to get out of the midday sun or late afternoon zephyr. This is spectacular Northern Nevada basin and range country where solitude and primitive recreational opportunities abound - whether one is scrambling along the mountain range’s rocky outcroppings, searching for bighorn sheep among the cliff areas, or taking in the seemingly endless vistas. Photo by Kurt Kuznicki.

When work began on the transcontinental railroad in 1863, the federal government granted railroad companies ownership of every other square mile of land across the west, keeping the squares in between. The grant allowed railroads to pay for construction by selling their sections. This checkerboard land ownership pattern still stretches across the northern portion of Nevada in a broad band along the 1-80 west corridor. In other states, the alternate sections moved into private ownership as time passed and the state developed. However, in Nevada, arid conditions, topography, soils, sparse population and other factors contributed to the lack of demand for the alternate sections.

The checkerboard ownership pattern that persists today presents significant conservation and land management challenges for the state of Nevada.

The Pershing County Economic and Development Act seeks to help resolve the checkerboard land pattern in Pershing County by allowing for a variety of exchanges within the checkerboard area. This exchange process will help consolidate blocks of land for easier management and development uses. Sections owned by the BLM along the interstate could be swapped for privately owned sections in other areas that would benefit wildlife or outdoor recreation.

This exchange process would provide tools to help resolve the checkerboard lands in Pershing County - allowing for development along parts of the 1-80 corridor while consolidating public lands in other areas for public use and wildlife habitat protection.