The future Arc Dome Wilderness suffered grievously at the hands of the white settlers of Central Nevada. In addition to the clawing, scraping, digging, and denudation of timber for the short-lived mining boom in the area, by the late 1860’s the livestock interests had invaded the region describing the valleys and headwaters of the Reese River as the finest grassland to be found anywhere with grass growing nearly “three feet high” (Reese River Reveille, 1868). In August of 1873, the same paper published an article by a hunting party that illuminated the beauty of the Arc Dome area and the rapaciousness of the early settlers: “the stream and all its tributaries abound in mountain trout… grouse and sage fowl are plentiful upon the hills… and the heart of the hunter is gladdened by a shot at a deer or antelope. In less than three days fishing our party captured 1,927 speckled specimens of the genus salmo and in a few hours hunt a couple of shootists bagged 53 grouse and sage fowl. The feed is excellent, the hills being covered with bunch grass and the bottoms with a luxuriant growth of meadow herbage” (Reese River Reveille, 1873). [It is worth noting that nearly all of the native trout mention in the above quote were displaced and driven to the brink of extinction by the introduction of exotic game fish into the Arc Dome riverine systems.]

Native Americans must have been mystified and horrified by the carnage of these white invaders. In the late 1800s, both sheep and cattle descended upon the Toiyabe Range in annual numbers reaching nearly 100,000 and 25,000 head respectively in the early 20th century. The trampling, overgrazing, introduction of invasive plants, and spread of disease by livestock decimated not only the land, but decimated populations of wildlife, particular the endemic bighorn. The Arc Dome ecosystem may never fully recover from these impacts of careless resource exploitation. The Toiyabe National Forest was established in march 1907 as an effort to regulate some of the livestock damage to the range.(For a deeper dive into the Conservation History of the Toiyabe Range, see the Toiyabe Crest Additional Resources page.)

One of the first recorded wilderness study trips to Arc Dome was conducted by the local Toiyabe Chapter of the Sierra Club in 1964. By 1972, Nevada Wilderness advocates had evaluated and included Arc Dome in the most important potential Wilderness areas in Nevada. The USFS inventoried Arc Dome as a roadless and began studying it for Wilderness classification in 1972. In September of 1978, Forest Supervisor John Lavin nominated the Toiyabe Crest Trail as a National Recreation Trail and the following year the Toiyabe Crest National Recreation Trail was established, which followed the Crest of the Toiyabe Range from Kingston Canyon, entered the Arc Dome Wilderness near Ophir Summit, circled around the south side of Arc Dome, then turned North to follow the South Twin River to the edge of Big Smoky Valley. In 1978, the Department of the Interior evaluated Arc Dome as a Natural National Landmark.The report summarized the findings as, “We feel that Arc Dome is an outstanding natural area, very typical of Great Basin geology and ecology, and worthy of evaluation for registry as a Natural Landmark.” The report also mentions “heavy runoff in the spring of 1973, following a winter of unusually heavy snowfall, eroded South Twin Rivers,” and that, at the time of the evaluation, “the trails are dim and seldom traveled.” The year 1984 was another high, watershed year for precipitation, all the trails washed out. Trails in the Twin River drainages are particularly prone to being washed out. In 1986, the Jedediah Smith National Historic Trail was proposed by the National Park Service to follow, among other areas, the 1827 exploration route around the southern end of the Toiyabe Range below Arc Dome. 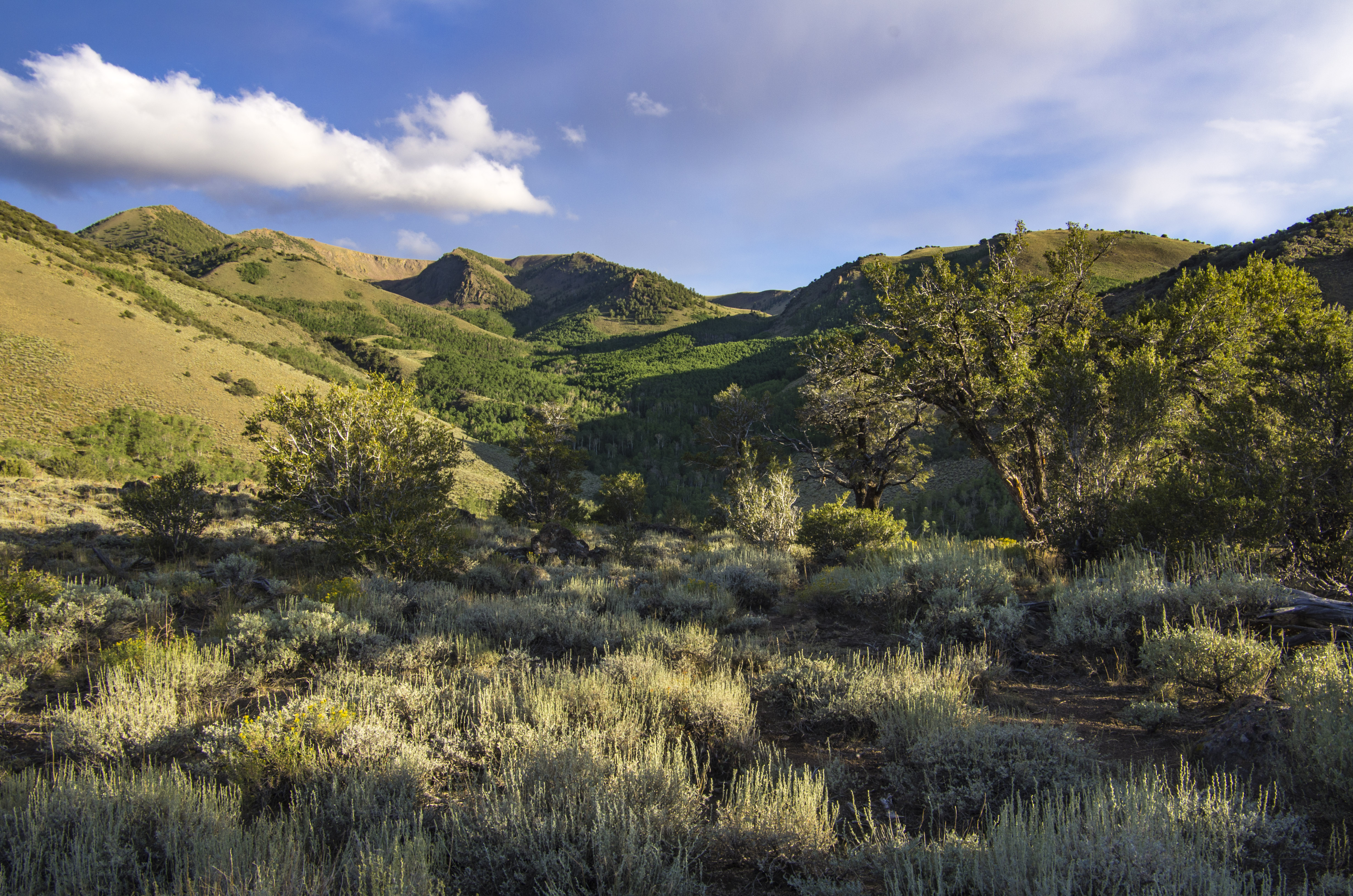 In June 1945, a Consolidated B-24 Liberator bomber returned stateside after flying a number of successful mission against German targets during World War II. With the war over in Europe, it was decide to shuttle this particular plane to the West Coast, as the war in the Pacific was still raging and plans for the invasion of Japan were still on the table. On the leg of this shuttle journey from Hill Field, UT to the Tonopah Army Air Base on August 3rd, 1945, the plane never arrived at Tonopah. It is believed that the plane ran into a thunderstorm somewhere over Central Nevada and in an effort to bypass the storm, it may have gone too far west. A mere 50 miles north of the Tonopah Air Base the plane turned to a southernly heading, and perhaps started losing altitude in preparation for landing. Soon the 11,000 foot crest of the Toiyabe Range, just north of Arc Dome was rising up to meet the plane. These B-24s were notoriously difficult to fly, had poor low-speed performance, and became unruly in bad weather. All of these could have contributed to create the fatal flaws, along with the ever-possibility of pilot error. What we do know is the the B-24 crashed on the west side of the plateau at an elevation of about 10,900 feet approximately 2 miles north-northwest of Arc Dome. There is still a remnant debris field on this high exposed plateau where 3 military men lost their lives in on August 3rd, 1945. Three days after this crash, the US would drop the atomic bomb on Hiroshima and effectively end World War II.