The earliest archaeological evidence for habitation of this region was discovered along the margins of Pluvial Lake Tonopah. These earliest peoples most likely hunted remanent Pleistocene fauna and utilized the abundant lakeside resources of this and nearby Lake Toiyabe in the northern portion of the Big Smoky Valley, at least 11,500 years ago. Peavine Creek, draining the southern portion of the Arc Dome Wilderness, provided a much more dependable water source as the Pluvial lakes began drying. Peavine Creek created and sustain meadows and marshes on the margins of the Big Smoky Valley, as did the North and South Twin River on the eastern side of the area. These marsh environs would have provided generations Native people with sustenance while the Great Basin slowly dried out and warmed up during the 10,000-year long Holocene Period. Dating from the period, archaeologist found an ancient camp located on the west side of a low ridge away from lower Peavine Creek were it would have been hidden from animals coming to and from the creek water source, a perfect place for humans to hunt and stalk from. About 6000 years ago, the archaic stone arsenal exploded with the advent of the atatl and a stunning variety of stone projectiles and tools. This indicates a dramatic shift by these early people to a much more diverse use of resources. About 5,000 years ago the warming climate of the Great Basin brought a new food resource into central Nevada with the arrival of the pinyon woodland.

The western portion of the the Arc Dome Wilderness includes the extensive headwaters of the Reese River. This area has sustain an important water system and resources throughout the Holocene and into present time. Ethnographic records indicate that that the Toiyabe Range and its watershed offered the following food sources: wild onions and camas root on hillsides; watercress, morning-glory roots, sago roots, cattail roots, young cattail stems, wild carrots, and wild asparagus in the wetter regions; canyons and mountainsides produced fruits and berries, including the buffaloberry, buckberries serviceberry, chokecherry, gooseberry, and wild currant; seeds were collected from sand bunchgrass, wild rye, and sunflower plants; and pine nuts on both sides of the Toiyabe Range. The most productive environment and most heavily settled lands in early historic time were along the upper Reese River and its headwater drainages. The east side of the Range also had smaller permanent Native American villages associated with the drainages descend from the Arc Dome. The largest of these villages were at South Twin River, Darroughs Hot Springs, and Peavine Creek. The Yomba Reservation today includes productive lands along the Reese River and adjacent to the Wilderness boundary. Arc Dome has served as an important core for Native American traditional cultural life-ways for countless generations.

Jedediah Smith’s expedition, somewhere east of Walker Lake, first laid eyes on the snowy summit of what may have been Arc Dome on June 2nd 1827. Four days later, on the evening of June 6th, Smith and his men made camp on Peavine Creek, just south of the Arc Dome Wilderness. Smith’s journals make several entries describing small groups of Native American people he encountered in the vicinity of Arc Dome. This is the first recorded contact between the Newe people and white men (Taibo in the Shoshone language) in Central Nevada. In 1845, Fremont’s expedition moved south down the Big Smoky Valley and circled around the south of Arc Dome before heading west to cross the Sierra Nevada.

With the influx of Taibo into Austin in 1862 following the discovery of silver, these miners and entrepreneurs began to severely disrupt the traditional life ways of the Newe people. They moved south down the length of the Toiyabe Range, established communities, and brought horses and cattle, which trampled the riparian environment along mountain streams. Wild animal populations were killed and scattered, streams were diverted and polluted, and the new invaders declared ownership of nearly all naturally watered sites in the valleys and foothills. Many of the most productive areas were fenced and plowed. The Newe traditional collecting and hunting grounds were damaged beyond imagination. The effect on the Western Shoshone was catastrophic; by 1900, the culture was only a remnant of what it had once been. It was not until 1937 to 1941 that the US Government purchase several ranches along the Reese River Valley, repaired and rehabilitated these lands with the help of the Civilian Conservation Corps, and established the Yomba Reservation for the descendants of the Newe people who had been forced off the lands 80 years before.

John Muir visited Central Nevada in 1778 and explored the Toiyabe Range south of Austin. Part of his observations were quite critical of the destruction and decay left behind by failed mining operations in the short decade preceding his visit. He described these as:
“…monuments of fraud and ignorance􏰀— sins against science. The drifts and tunnels in the rocks may perhaps be regarded as the prayers of the prospector, offered for the wealth he so eagerly craves; but, like prayers of any kind not in harmony with nature, they are unanswered.”

Muir also climbed to the summit of Arc Dome on this trip and described what he observed:
“… I found other well-preserved glacial traces on Arc Dome, the culminating summit of the Toyabe Range. On its northeastern slopes there are two small glacier lakes, and the basins of two others which have recently been filled with down-washed detritus… The sculpture, too, of all the ridges and summits of this section of the Range in recognized a glacial…”

In the summer of 1880, Arc Dome served as the home base, central triangulation station for the Great Basin section of the U.S. Coast and Geodetic Survey of the United States. Upon the summit a stone structure was created to help shelter the crew and equipment. Measurements were taken with a theodolite, a high powered telescope equipped with a signal mirror to reflect sun light to another, distant mountain-top station to accurately measure triangulation angles with other mountaintop stations such as Wheeler Peak, Lone Mountain, Mount Grant, Diamond Peak, and Troy Peak. The remains of the Arc Dome summit structure can still be seen today. The trail to the summit of Arc Dome was built in 1880 to accommodate the pack mules needed to bring the 10,000 pounds of outfit, instruments, and provisions to the summit station. Unfortunately, the current trail to the summit misses an important, long switchback constructed in 1880 that would would ease the grade and stop the erosion problems of the ridge-scramble portion of the trail immediately above the saddle on the north approach up the bulwark of the Arc Dome summit. 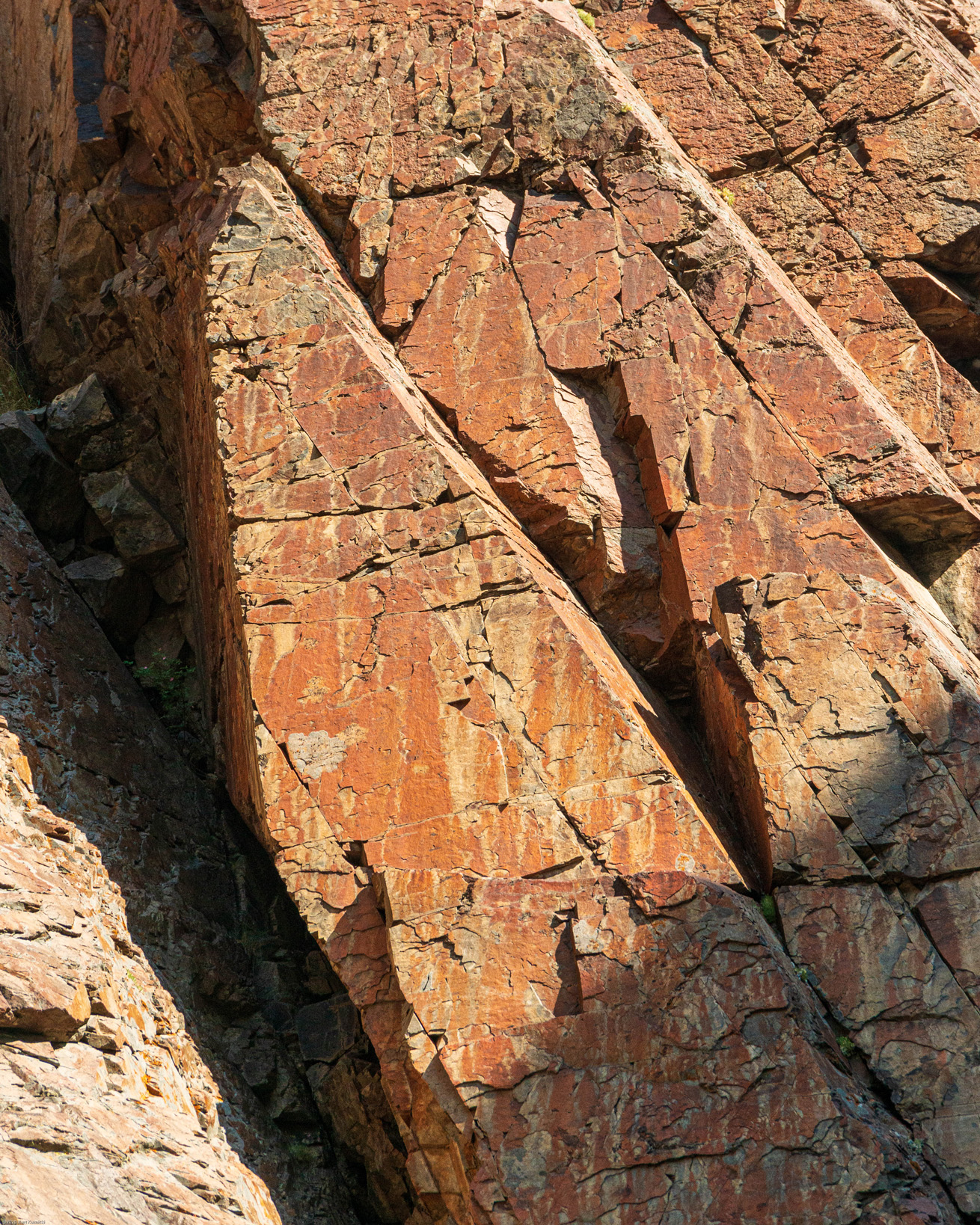 Geology
The Toiyabe Range is one of the longest (over 100 miles) widest (over 15 miles in the Arc Dome Wilderness area), and highest mountain ranges in Nevada, with a 50 mile section of elevations that rarely drop below 10,000 feet. Several prominences stand over 6,000 feet above the adjacent valleys. The Arc Dome Wilderness includes an extensive highland with peaks and ridges towering from 10,000 to 11,000 feet and deep, well-watered canyons. The bulk of the Wilderness, including most of the highest landscape and Arc Dome itself, is compromised of Oligocene to lower Miocene (28 to 18 MYA) silica-rich volcanic ash flows, tuffs, and occasional lava flows. These volcanic rocks tend to weather to shades of red and orange, giving this southern portion of the range the nickname "Red Toiyabes." The source of this volcanic activity is believed to be caldera structure lying adjacent to and southwest of the Wilderness. The northeast edge of the Wilderness includes much older meta sedimentary and meta volcano rocks of late Proterozoic to Permian (600 to 275 MYA) in age, which were highly deformed with mountain building activity in the Paleozoic and Mesozoic ages (300 to 80MYA). An outcrop of granite dating to this same mountain-building event (about 100 MYA) lies along the edge of the Wilderness, sandwiched between the ancient rocks and the adjacent to the Big Smoky Valley. The highest summits of the Arc Dome Wilderness presents the visitor with two, classic shaped glacial cirques, obvious relicts of the most recent glacial epoch. The best formed of these cirques are at the head of the south branch of the North Twin River and at the headwaters of Stewart Creek. The glacial scouring and steep moraines under the east face of Arc Dome itself testify to heavy load of snow and ice these high Central Nevada peaks carried during the end of the last Ice Age. 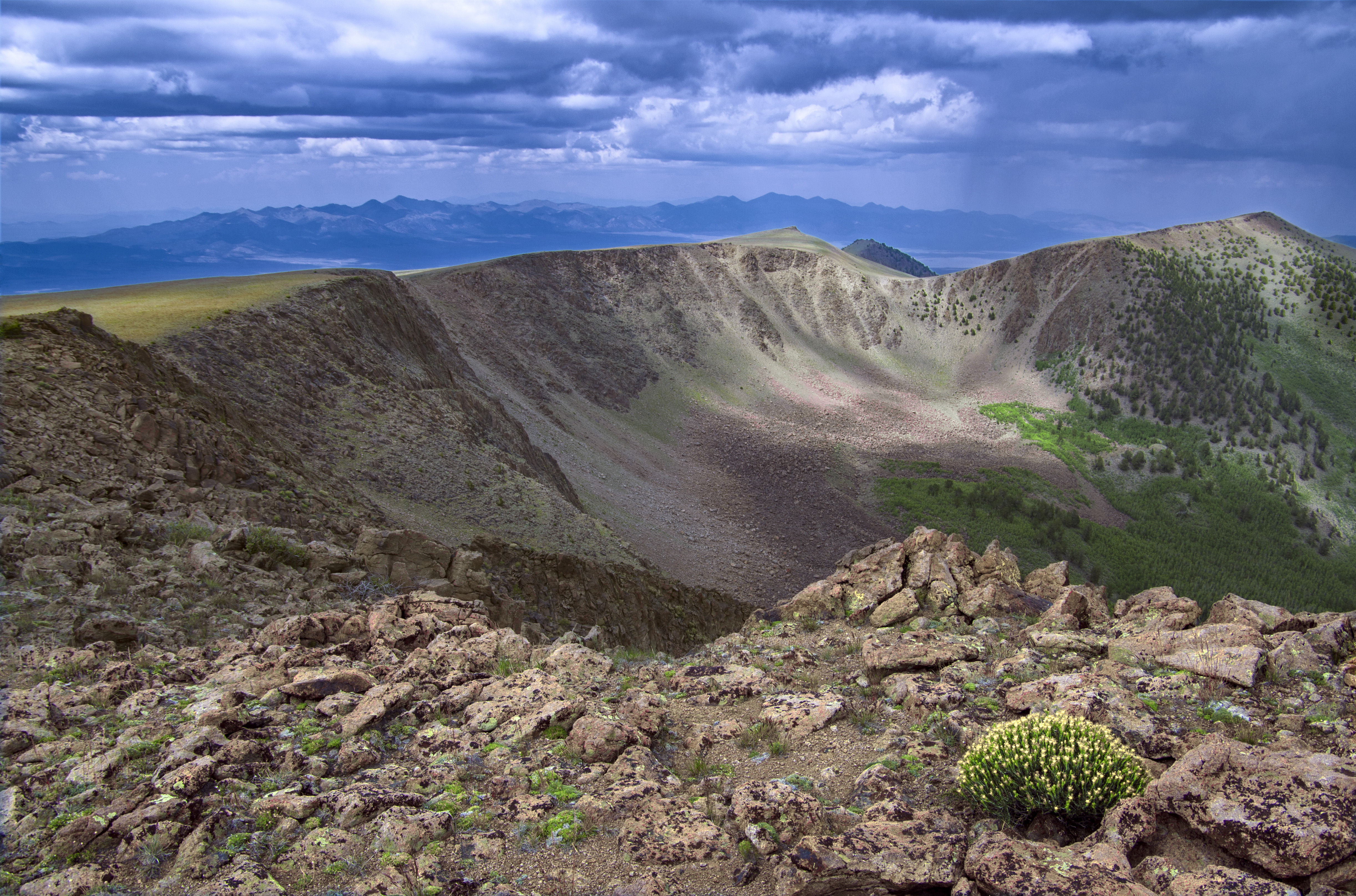 Wildlife
The Arc Dome area is rich in wildlife; supporting a healthy deer herd, Sage Grouse, Chukar, and the usual native predators. Many neotropical migrant birds along with residents such as Kestrels and Red-shafted flickers nest in the aspen groves along the canyon bottoms. The Twin Rivers support occasional American dippers, also known as the water ouzels. These delightful birds hunt aquatic insects, crustaceans, tadpoles, and even small fish by swimming through fast moving water. They prefer to build their nests in inaccessible areas protected by moving water. Where feasible, American dippers will build their nests behind small waterfalls. Other interesting wildlife species include: Columbian Spotted Frog, Sharp-shinned Hawk, Golden Eagle, Clark's Nutcracker, Sage Sparrow, Sagebrush Vole, pika, Black-throated Gray Warbler, Yellow Warbler, Northern Goshawk, Big Brown Bat, Great Basin Skink. Endemic desert bighorn sheep ranged the entirety of the Toiyabe Range before 1860. A long time resident of the Arc Dome area estimated that between 1907 and 1937, 300 to 400 bighorn sheep lived in the Arc Dome/Twin Rivers region. The first documented survey in 1924 estimated a population of 40 bighorn in the South Twin area. The present bighorn population appears to be centered on the North and South Twin Rivers area and includes a range of approximately 170 square miles. 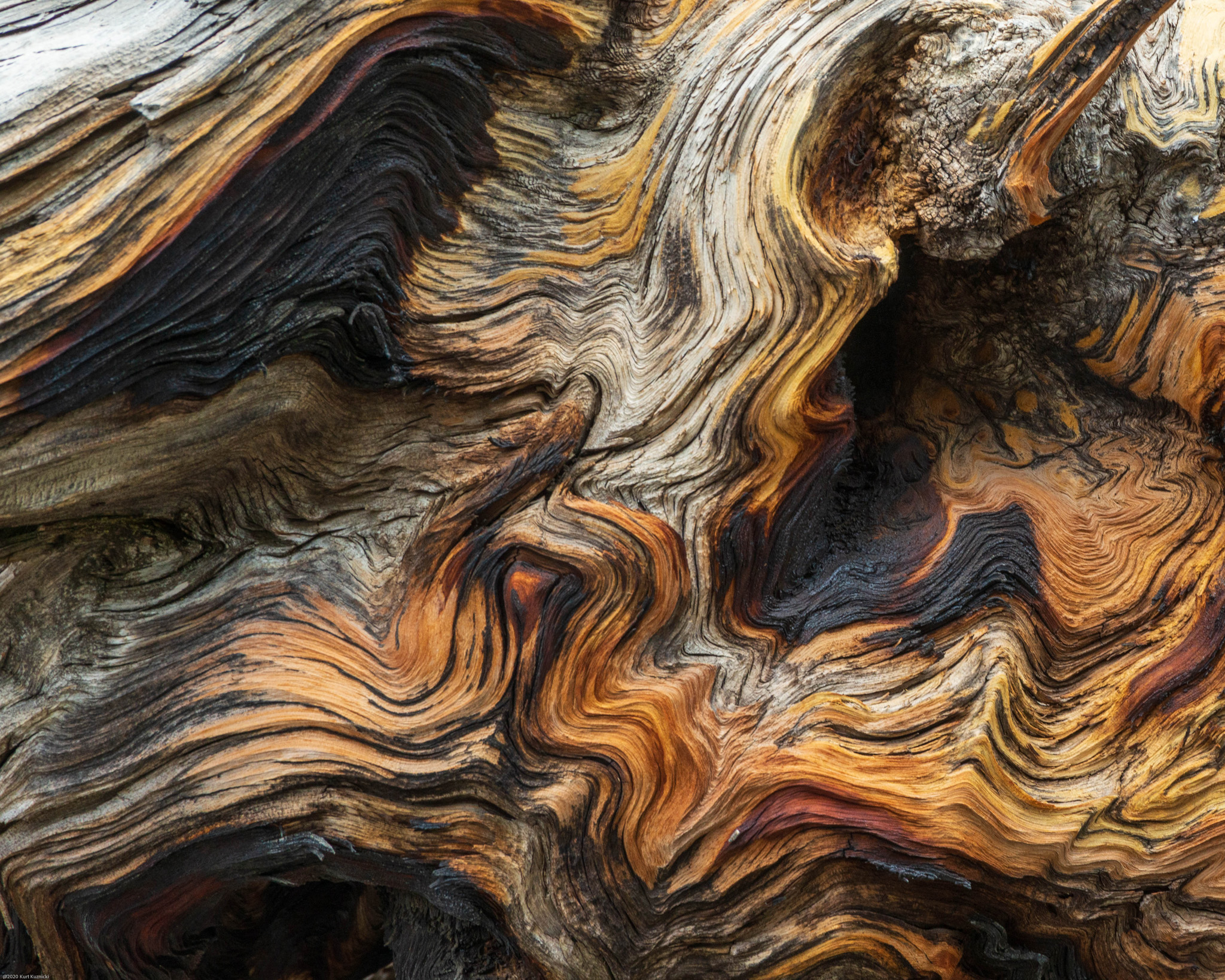 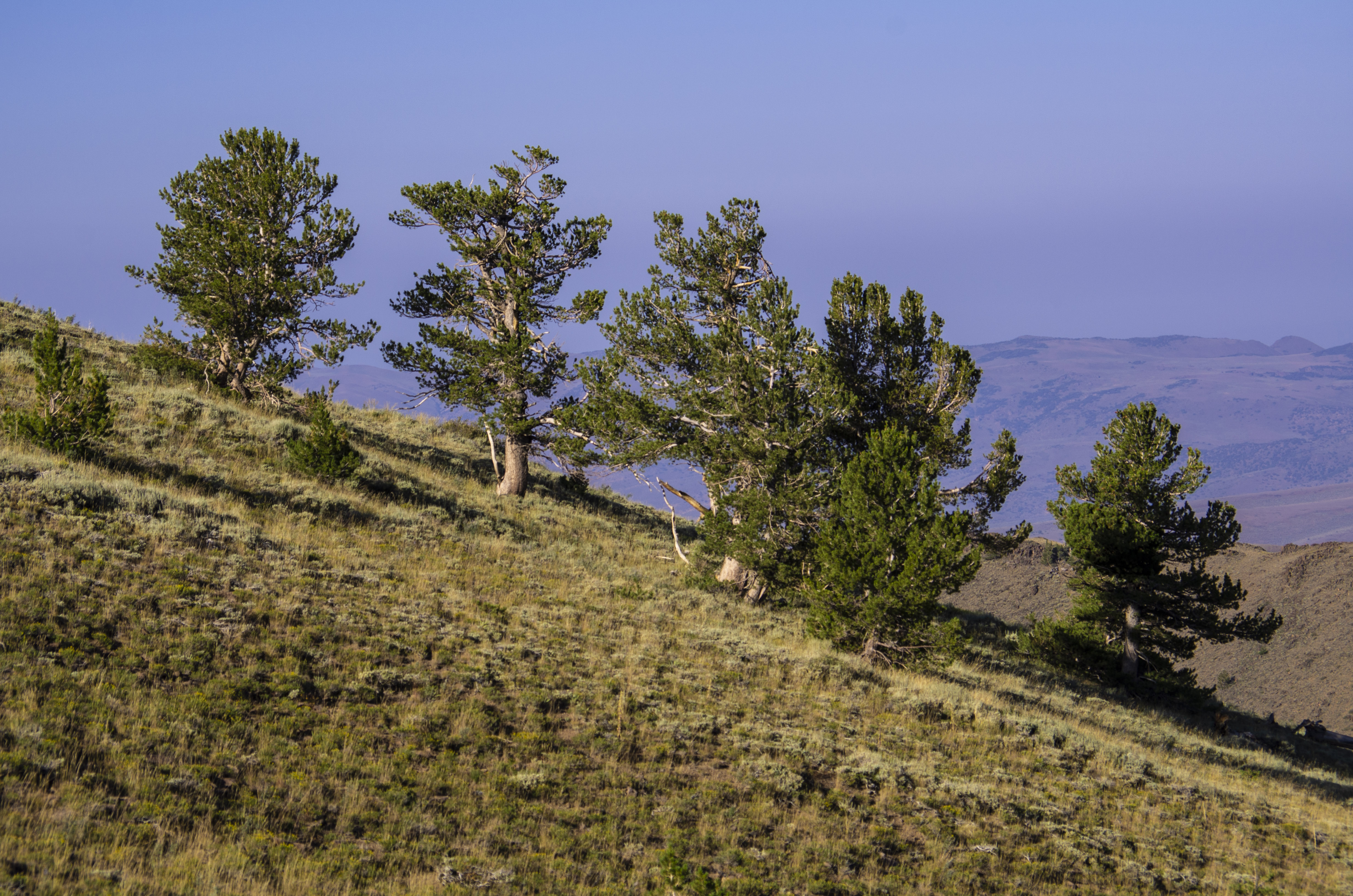