The first conservationist to visit and document Morey Peak was John Muir in the 1870s. He described Morey Peak as the

“culminating point on a deeply serrate ridge at a height of ten thousand feet above the sea. This ridge is found to be made up of a series of imposing towers and pinnacles… while cool rills flow between them, watering charming gardens of arctic plants -- saxifrages, larkspurs, dwarf birch, ribes, and parnassia, etc. -- beautiful memories of the Ice Age, representing a once greatly extended flora.” (Muir, 1918).

Nearly a century later, Vernon B. Bostick, with the University of Nevada, Las Vegas (UNLV) Department of Biological Sciences, initiated a floristic study of the area in 1969. Unfortunately, he ran out of financial support before he could investigate the deeper canyons and higher elevations of Morey Peak. In 1972, Bostick’s department and the UNLV Department of Geoscience signed a contract with the National Park Service to create an Inventory of Natural Natural Landmarks of the Great Basin. Morey Peak rose to the level of Priority 1 (Nationally Significant) within the inventory. Along with UNLV staff, Bostick relied heavily on information from other mid-20th century Nevada conservationist such as Charles S. Watson, Jr. with Nevada Outdoor Recreation Association (NORA) and Alvin R. McLane, author, mountaineer, and archaeological enthusiast. Watson contributed to filling out most of the Potential Natural Landmark Identification forms (PNLI) based on his extensive archives of NORA’s Index of Surveys Inventory and McLane provided detailed descriptions of the geology and alpine ecology of the highest reaches and deeper canyons of Morey Peak (May 1969 General inventory of Potential Natural Landmarks in Nevada- Typewritten report for NPS 8 pages; 1970 Evaluation of Morey Peak, Nye County, Nevada- Typewritten report for NPS 6 pages + photos and maps). Allen D. Bruner, Range Ecologist at University of Nevada, Reno, recommended Wilderness protection for Morey Peak and the Hot Creek Range for Bostick’s team. The Inventory of Natural Natural Landmarks of the Great Basin, submitted in 1975 recommended Morey Peak for inclusion in the National Natural Landmarks by virtue of unique geological formations (an enormous caldera), ecological systems (ponderosa pine, pinyon/juniper, bristlecone pine, wet meadows, and rare, relic, and endemic species), and outstanding natural and scenic values.

With the passage of the Federal Land and Water Conservation Fund Act of 1965 (LWCF), the state of Nevada became interested in protecting the natural integrity of the states American public lands. The late 1970s Nevada State-Wide Comprehensive Outdoor Recreation Plan (SCORP) stated that

"Unique natural and scenic areas must be managed more deliberately to offset the expanding human development” [SCORP page 2-5], and "areas with potential wilderness area qualities should retain a high priority for that designation , irrespective of their remoteness from urban centers" [SCORP, page 8-6]. The concurrent Nye County General Plan stated that "Primitive Areas... should be focused on the conscious preservation of open space. Nye County is still comparatively untouched and untraveled. Much of the back country is still inaccessible except by horseback. These vacant areas are intended to balance the tendency to urbanization and to preserve the original environment so as to permit continued enjoyment of 'native' Nevada. These essentially take the form of wilderness and scenic areas, drainage basins, and areas of historical or cultural significance... Morey Mountain: one of the more important recreation areas lies about in the center of Nye County, approximately 10 miles north of U.S. 6. This recreation complex includes 4-mile and 6-mile Canyons with their historic charcoal kilns, plus a proposed camp site. It appears as a major feature of the Nevada State Park Plan" [Nye County General Plan, pages 75-76]

This interest by the National Park Service and the State of Nevada in protecting and preserving the natural integrity of Morey Peak, combined with the natural resource and Wilderness protection directives of the 1976 Federal Land and Management Policy Act (FLMPA), gave the Bureau of Land Management (BLM) the green light to work toward identifying potential Wilderness Areas and initiative better natural resource management plans.   In the mid 1970s, efforts to protect the wild and natural resources of the Morey Peak area by the BLM included “the Morey Habitat Management Plan recommended closing the South Sixmile Canyon to livestock grazing and closure of the road to vehicular traffic.”  This quote is from the 1987 Tonopah Resource Area Wilderness EIS, in a response to Rose Strickland’s July 7,1982 comment letter on page 301. It most likely may be referring to the Tonopah Management Framework Plan (MFP) for Livestock, Wildlife, and Wild Horses, part 1, 1975-1976, although this document is difficult to track down.  Nevada conservationist fully supported this closure of the south Sixmile Canyon road to protect the fragile and critical riparian and fishery habitats.  In the late 1970s, Nevada conservationist engaged in the BLM Wilderness Inventory process and submitted 5 specific letters of support of Wilderness protections for Morey Peak.  The BLM 1979 Initial Wilderness Inventory decisions include 29,000 acres of Morey Peak for intensive inventory.  Conservation efforts to include Morey Peak as a Wilderness Study Area (WSA) kicked into high gear and produced 8 specific letters outlining the wilderness and supplemental values of the area, along with 2327 general comments supporting Morey Peak as meeting wilderness criteria.  The BLM recommended 20,120 acres of Morey Peak for Wilderness Study Area status in the 1980 Wilderness Study Area Decisions for Nevada.  This required the BLM to administratively manage Morey Peak to preserve the Wilderness character of the unit the area either becomes a permanently designated Wilderness or is dropped from WSA status by an act of Congress. 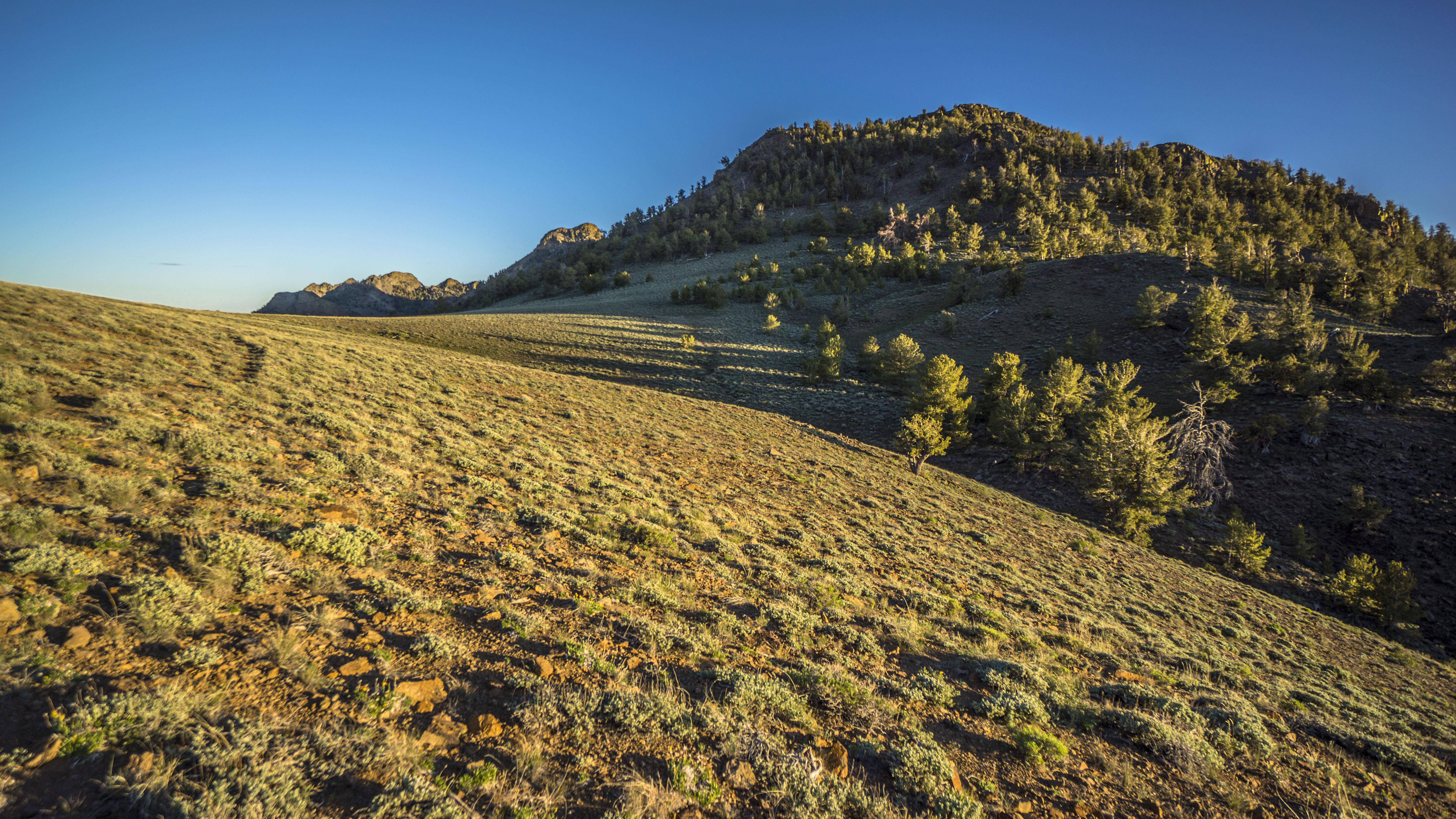 With the designation of Morey Peak and other areas of central Nevada as WSAs, the BLM set forth to amend the land use management plan and issue Preliminary Environmental Impact Statement for the Wilderness Recommendations within the Tonopah Resource Area. This process began by identifying issue though public scoping and input in 1982.  The author John Hart (Hiking the Great Basin) submitted comments specifically for Morey Peak on April 25, 1982, including support for “the plan to close the South Sixmile Canyon Road,” and to encourage the BLM to include the “Morey Bench” in the recommendation, because that area was a valuable component of the Wilderness character of Morey Peak.  Charles S. Watson, Jr. with Nevada Outdoor Recreation Association (NORA) included specific comments about Morey Peak in his July 7, 1982 letter addressing the value of the bristlecone pine stands on the highest summits, and his support for closing the South Sixmile Canyon Road to “insure against continued irreparable image to endangered fisheries habitat and critical riparian vegetation areas.” Watson also supported the BLM alternative, which would close the South Sixmile Canyon Road and combine the Morey Peak WSA with the adjacent Fandango WSA into a single WSA unit.  Dennis Ghiglieri, in his June 1982 comment letter, supported WSA status for Morey Peak and emphasized the importance of closing the South Sixmile Canyon Road:

“I have hiked the entire distance up S. Six Mile Creek, rested along its meadows and watched the trout dart to the nearest bank when a shadow is cast on water.  The closure is based on the manageability of the wilderness resource according to the EIS.  With this I heartily concur,  However, I would like to point out that this road is contributing to sever degradation (livestock being the other other) of this rare CN[?] trout stream.  The ‘road’ should be closed immediately… without waiting for the adoption of final Wilderness Recommendations.”

The American Wilderness Alliance July 9, 1982 comment letter also supported closing of the South Sixmile Canyon Road for the purposes of combining the Morey and Fandango WSAs and for resource, habitat, and fisheries protection from vehicular damage. Marge Sill, founding Member of Friends of Nevada Wilderness, specifically mentioned Morey peak in her July 7, 1982 comments:

“Morey Peak is the only wilderness in the Tonopah Area where I have had the pleasure of hiking (this is a situation I hope to remedy sin the near future), an it has long been a favorite of mine.  I very much favor the closure of the Six-mile Canyon road because of the resource damage that is occurring there.  Trout streams are too rare in this dry region of the state to be criss-crossed by an unnecessary road the causes stream erosion.”

The Final Tonopah Wilderness Recommendations EIS was released in 1987 and contained options including 20,120 acres of WSA protected lands for Morey Peak and the administrative proposal for closing the South Sixmile Canyon Road.  In 1988, an unexpected bill was passed through congress.  After having learned that the green colored lands on Nevada State Maps were representative of USDA Forest Service administered lands, Representative Barbara Vucanovich introduce a bill in Congress to “green-up” Nevada by transferring management of certain Bureau of Land Management (BLM) administration lands to the Humboldt and Toiyabe National Forests.  The October 28, 1988 National Forest and Public Lands of Nevada Enhancement Act (Public Law 100-790) adjusted the administrative boundaries for the Toiyabe National Forest to include most of Morey Peak, placing approximately 75 percent of the Morey Peak WSA within the new Forest Boundary. According to the law, however, the 15,050 acres of the former BLM WSA was still required to be managed by the US Forest Service as a WSA. However constrained by the 1988 Bill to manage both Morey Peak and Fandango as WSAs, the US Forest Service was not bound to abide by the BLM's administrative efforts to reduce the vehicular impacts on South Sixmile Creek by closing the road and the potential for combining the Morey Peak and Fandango WSAs into a single large unit as a result of closing the road.  Soon after the management of the area shifted from the BLM to the US Forest Service, the latter “improved” the South Sixmile Canyon Road at the cost of substantial environmental degradation to South Sixmile Creek, the riparian habitat, and the trout fisheries.  Vehicle traffic up and down this road continues to plague ecological integrity of South Sixmile Canyon to this day.  The 1991 Nevada BLM Statewide Wilderness Report “recommended” a 13,950 acre Wilderness for Morey Peak.  This was only a “recommendation,” and leaves the final decision for the exact size and configuration of the Morey Peak Wilderness up to Congress. 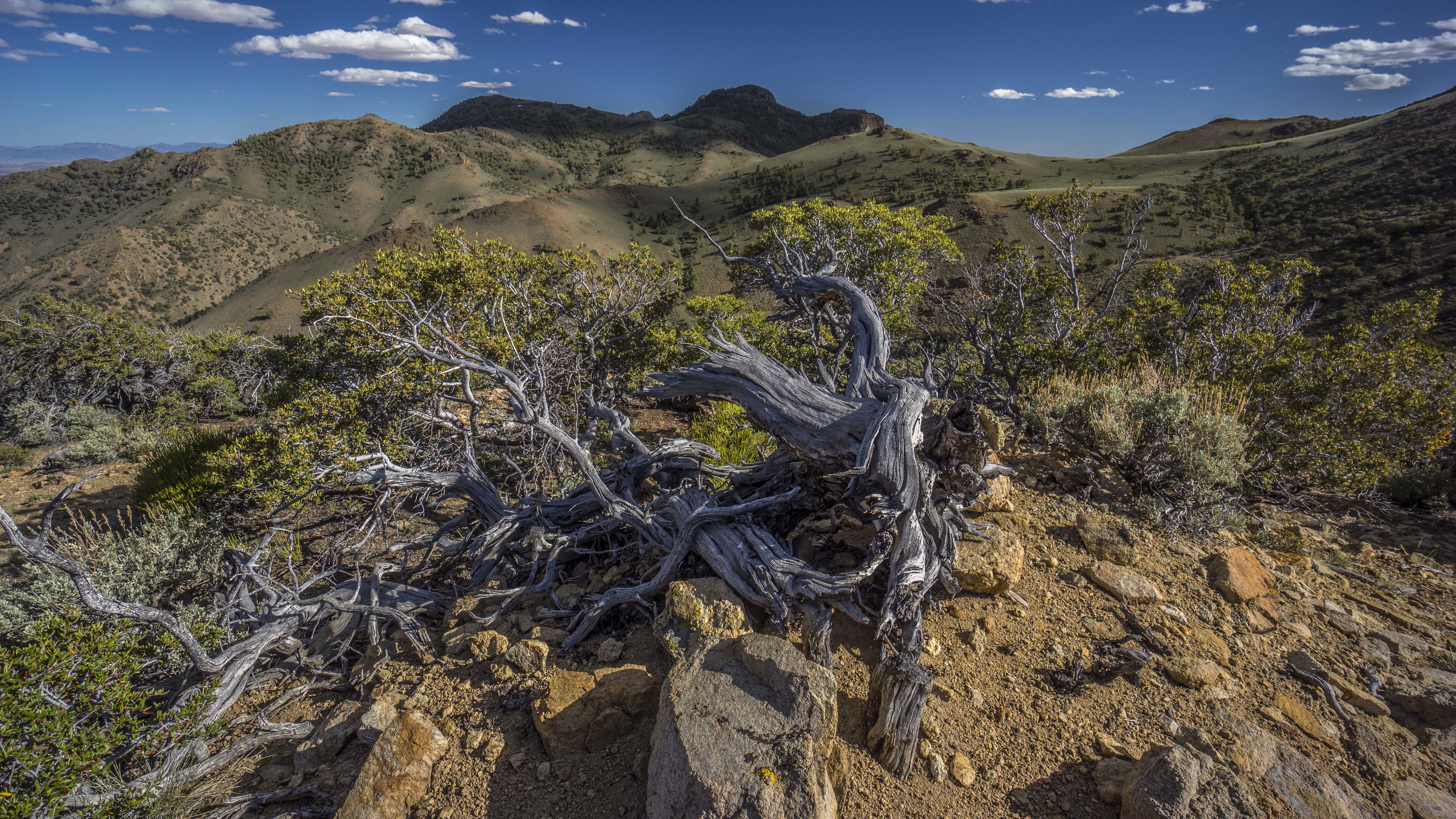