Overton Unit (#19)
The Overton Unit northern boundary is defined by the formation called the Narrows along the lower Virgin River and the access road to Fisherman’s Cove. The road connecting Sand Wash and Mud Wash (aka Red Bluff Springs road) serves as the northeastern most boundary of the unit. The southern boundary is formed by the Catclaw Wash Road. All of these roads are quite rough requiring high clearance vehicles and backcountry driving skills. This unit is comprised primarily of outwash alluvial fans characterized by older alluvial surface that are currently being etched away and dissected by shallow, sinuous drainages and newer alluvial structures. This creates a fantastic landscape of twisting badlands.

Twin Springs Unit (#20)
Twin Springs Unit is bounded on the north by the Catclaw Wash Road and on the south by the Lakeside Bays Road. Both of these roads are quite rough requiring high clearance vehicles and backcountry driving skills. Alluvial fan process dominate the landscape of the Twin Springs Unit. The eastern side features low rolling hills, which have been dissected and sculpted into a labyrinth of dry water courses.

Scanlon Wash Unit (#24)
Scanlon Wash Unit is bounded on the northwest by the Lakeside Bays Road and on the south east by the Hiller Mountains Unit. There appears to be little reason for dividing the Scanlon Wash unit from the Hiller Mountains Unit, as the Jumbo Pass/Wild Burro Wash “road” appears to be a vehicle created track between these two units when the original wilderness proposal was inventoried in the early 1970s. Today, however, there is no obvious constructed or maintained route between these two units and the NPS designated portion of Jumbo Pass Road ends abruptly at at a canyon called the “Black Box” and no longer provides access to Lake Mead shoreline. The eastern portion of this unit is bounded by the historic Scanlon Ferry Road. This road is the best constructed and most heavily used route in the Gates of the Grand Canyon. This route too can be treacherous and prone to washouts during rain and snow events. Scanlon Wash Unit features nearly 3300 feet of vertical relief and scenic formations such as Delmar Butte. The western and southern portions feature lower angle alluvial structures rising to high rugged mountains along the northern boundary, culminating in the 5,300 foot high Bonelli Peak a short distance outside the north boundary within Gold Butte National Monument. 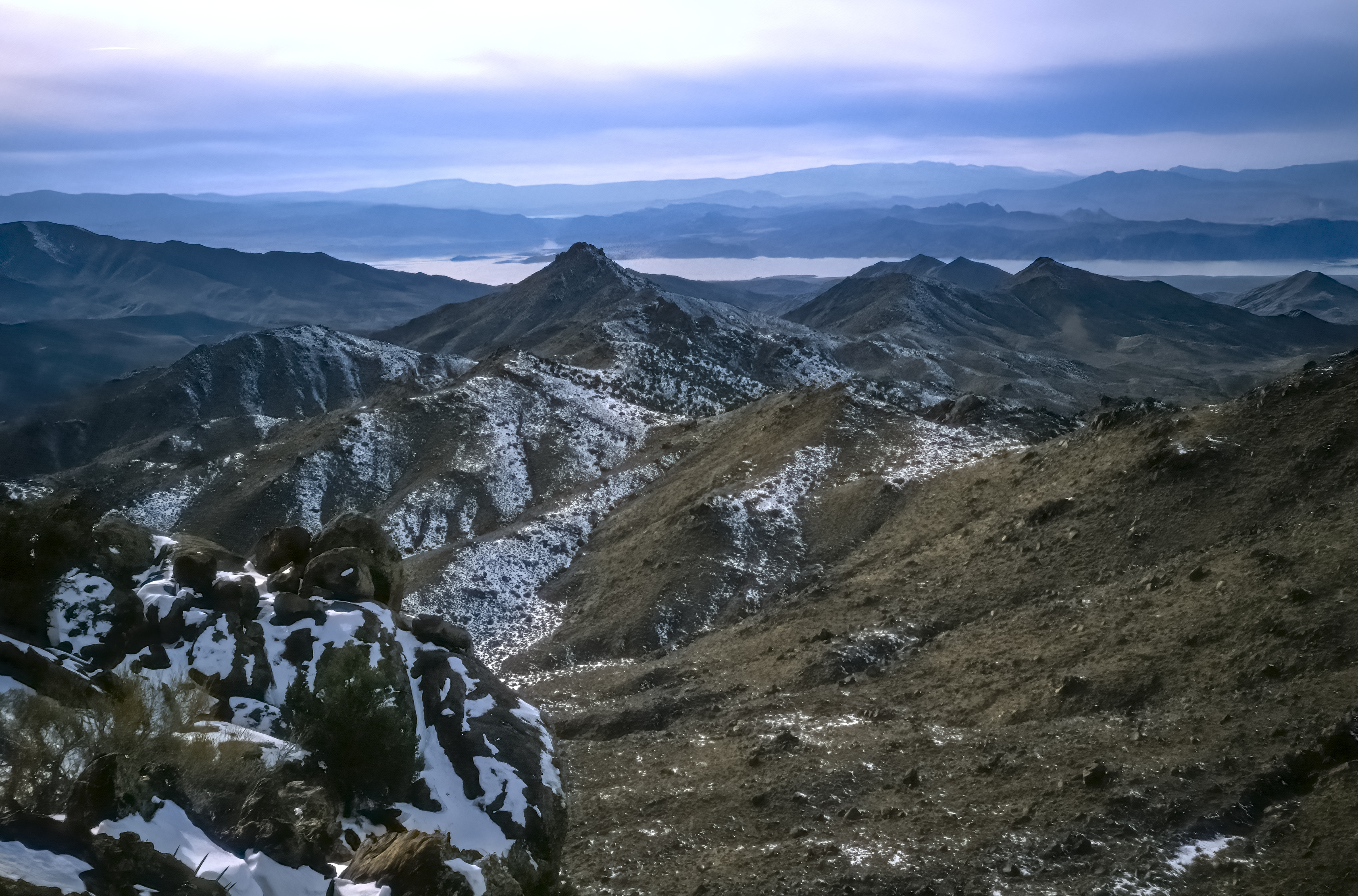 Hiller Mountains Unit (#26)
Hiller Mountains Wilderness is bounded by the very rough and little used Jumbo Pass/Wild Burro Wash “road” that separates it from the adjacent Scanlon Wash Unit on the northern side (see the description above). The extreme north east corner is bounded by an alternative fork of the Scanlon Bay road system. This is a mountainous unit, which pushes in close to a narrow potion of Lake Mead. Noticeable landmarks within the Hiller Mountains include Gold Cross Peak, Temple Mesa, and the Temple formation on the shores of Lake Mead.

Hell’s Kitchen Unit (#25)
Hell’s Kitchen Unit is bounded on the southwest side by the historic Scanlon Ferry Road and on the northeast side by Devil’s Cove/Cottonwood Wash Road. Hell’s Kitchen is and area of rugged arid mountains and steep drainages plunging toward the Colorado River. Three substantial wash systems cross the unit: Gregg’s Wash along the Southwestern boundary (the route of the Scanlon Ferry Road); Burro Springs Wash cuts through the middle, and Cottonwood Wash forms the eastern boundary. The aspect of this unit faces predominately south and the heat of this daily exposure to the sun can create extreme high temperatures, especially at the end of a long summer day. Powell Mountain, named for John Wesley Powell, is the only named prominence in the unit.

Million Hills South (aka Indian Ridge) (#30)
Million Hills South unit is bounded by the Devil’s Cove/Cottonwood Wash Road on the west and by the Nevada/Arizona border on the east (north of the Colorado River). The most prominent feature in the Million Hills South unit are the series of spectacular, triangular “flat iron” for nation that climb out of Iceberg Canyon along the Colorado River. The “flat iron” formations continue, in a diminishing aspect, about halfway through the unit. These formations tell the story of the catastrophic faulting and uplift forces associated with the creation of the Great Basin, which raised and wrapped the rock layers of the Colorado Plateau. The only named prominence within the unit is Boundary Hill, just west of the Nevada/Arizona state line and a little north of where the state boundary intersects the Colorado River.