Ancestors of Native Americans have been utilizing and living with the resources of Central Nevada for more than 12,000 years. These earliest peoples focused primarily on the relic population of Pleistocene megafauna and water fowl that inhabited the much wetter and marshy valleys between Central Nevada’s high mountain ranges. Clovis points, believed to be associated with these early people, have been described from the Tonopah area, just south of the Toiyabe Range. As conditions began warming and drying during the Holocene, these people would have ventured up into the higher reaches of the Toiyabe Range during favorable summer seasons. The highest region of the Toiyabe Crest provided unique alpine resources and summer forage for deer and bighorn sheep. The mid-elevations of the Toiyabes furnished pinyon seeds, and presents opportunities for ambushing migrating animals, including deer, bighorn sheep, and perhaps pronghorn. Just north of the proposed Toiyabe Crest Wilderness, a single prehistoric hunting structure at 7,600 feet in elevation consists of two stone walls totaling 500 feet in length and is believed to have been constructed and used for generations, some time after 5,000 years ago. The neighboring Alta Toquima Wilderness features rare, prehistoric seasonal village sites at nearly 12,000 feet in elevation. This high altitude, residential use of the Toiyabe Crest seems to be absent from the archaeological recorded, although 25 high-altitude sites with stacked rock structures and projectile points associated primarily with hunting have been found through out the area dating from 4,500 to 700 years ago. The Toiyabe Range has the greatest abundance of above timberline sites of the all the high mountains ranges in Nevada.

Ethnographic studies from the early 20th century Reese River Valley showed how important the Toiyabe Crest was for the seasonal subsistent requirements of historic Native American peoples. As you hike along the Toiyabe Crest, remember that you are visiting a landscape that is still very important to Native People. Please do not construct or deconstruct rock structures (including fire rings, shelter walls, and “trail markers”), as anything you build can destroy and confound the landscape context of the history of the First Peoples. Unique stone structures running along high ridges in the Toiyabe Range are believed by archaeologist to have been “stone men,” or a type of “scare sheep” intended to make bighorn sheep think there were many more hunters along the ridge. This would have been extremely important for a small band of hunters to drive sheep through the open landscape toward a place where others waited to ambush them. Fragments of old wood found within some of these structures may imply that these “stone men” had wooden arms in order to make the profile more convincing to frighten sheep. All artifacts are protected by law. Please respect these lands as traditional uses been an important part of Native cultures for countless generations. Do not climb or walk upon on any stacked rock features.

The Toiyabe Range enters into history on June 2nd 1827, when Jedediah Smith set his sight on the snowy top of what may be Arc Dome and turns his expedition toward it. At this time Smith was returning from his exploration of California and making way to the Great Salt Lake. Regardless of what Toiyabe peak Smith first saw, by June 5th he was greeted with the full majesty of the southern portion of the Toiyabe and made the decision to pass around the southern end, which he did on June 6th. In 1859, Captain James Simpson surveyed and started construction on a route across Nevada which would cross the Toiyabe Range through the present town of Austin. From 1860 to 1861, Simpson Road became a section of the Pony Express route. In may of 1862, a Pony Express rider found an interesting outcrop of rock while chopping wood. The samples revealed a rich silver-bearing ore. By the end of the year the silver rush to the Toiyabes was on and the town and mines of Austin were established. From there the Toiyabe Range was crawling with prospectors, establishing mining camps and finding “color” southward toward Arc Dome. By 1863 the mines and town of Ophir Creek were established on the steep eastern slope of the Toiyabe Range, just south and below the Toiyabe Crest Proposed Wilderness. As the mineral potential of the Toiyabe Range played-out in the late 1880’s the history of the Toiyabe Crest transitioned to livestock interests. Both of these extractive uses have left indelible impacts on the mountains. For more history of the Toiyabe Crest, click the Additional Resources Tab to the left of this page. 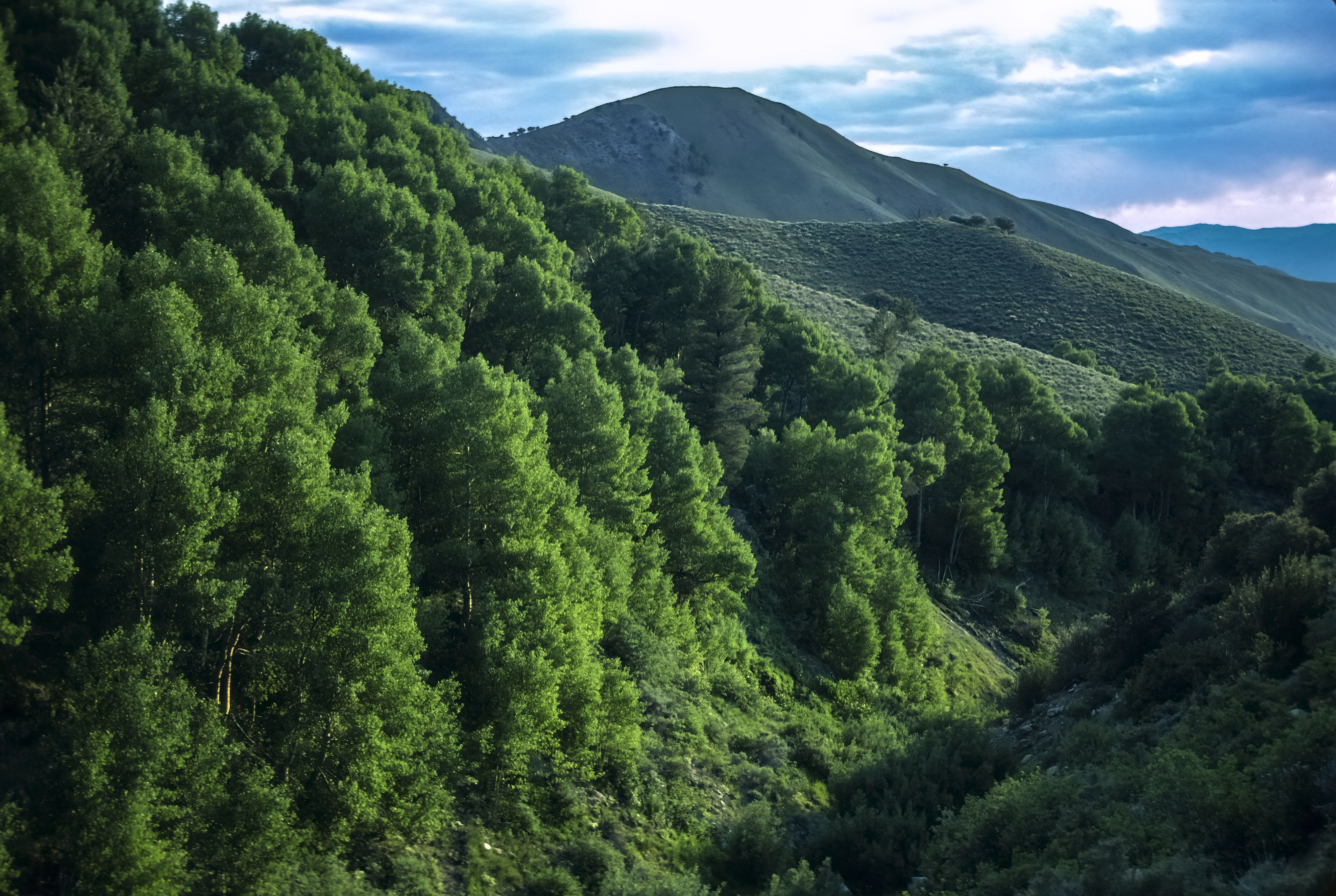 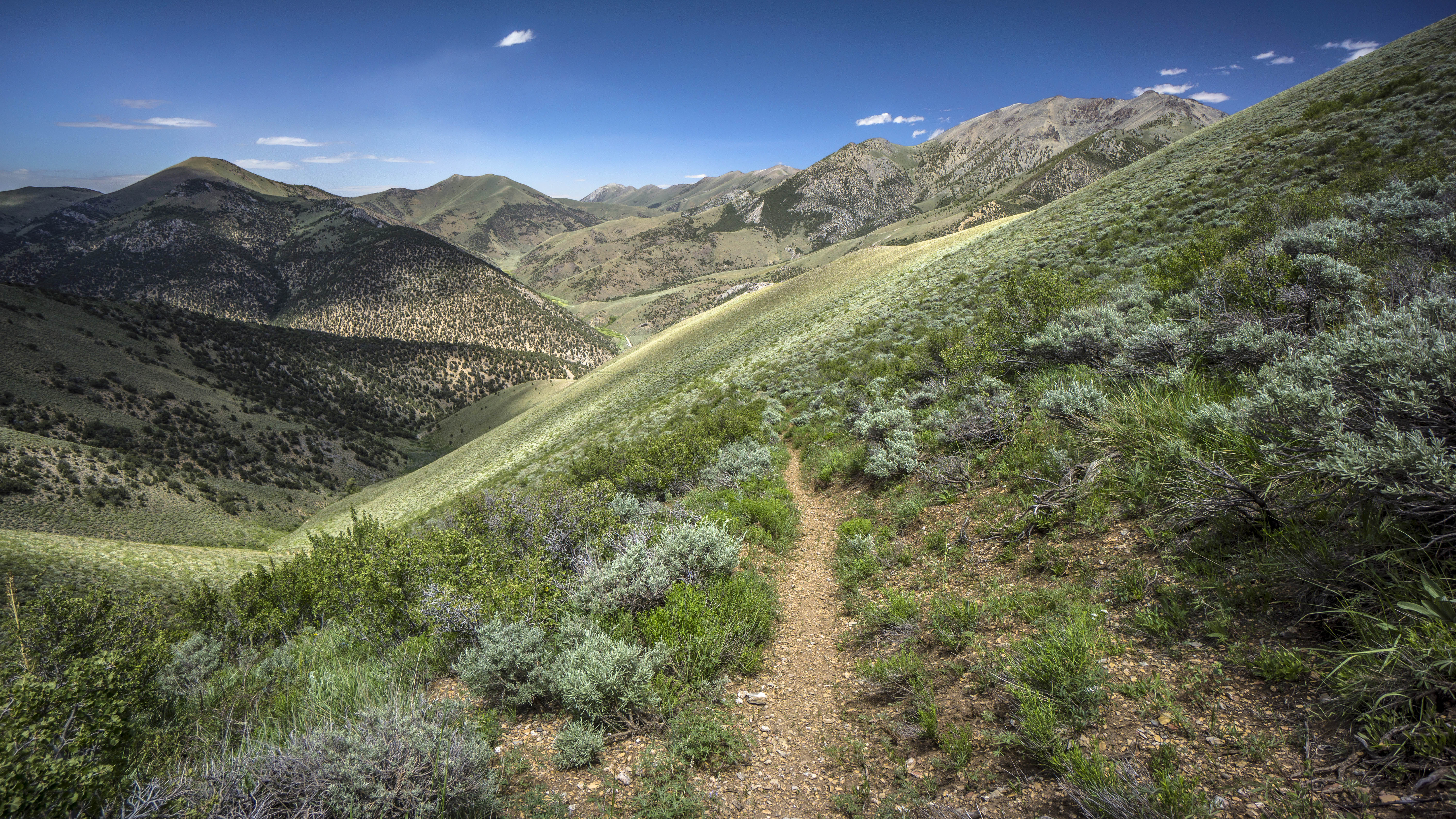 Geology
The majority of the Toiyabe Crest consist of Late Proterozoic and Paleozoic sedimentary and volcanic rocks. These include argillite, siltstones, quartzite, limestones, and dolomites. Cretaceous age rocks include felsite, metamorphosed ash-flows, and volcaniclastic sedimentary components. Perhaps the most unique rocks in the Toiyabe Crest are the beautiful “Wild Granites” which intruded the older rocks in the Cretaceous and Tertiary time period. These and later, deeper intrusion created the numerous dikes and sills that carried minerals closer to the surface.

Wildlife
Nearly the entirety of the Toiyabe Crest supports excellent Greater Sage Grouse habitat. Toiyabe Crest Trail hikers are surely to be startled from the rhythms of walking by the sudden flurry of wings lifting the heavy bodies of sage grouse into the air from the sagebrush adjacent to their feet. Bighorn Sheep have been part of the Toiyabe wildlife assemblage since time immemorial, as nearby ancient petroglyphs clearly show. In 1958, Nevada Fish and Game (today’s NDOW) spent six days surveying for sheep by foot, horseback and with an airplane. They positively identified 31 sheep, with a total of 11 rams, 8 ewes, 7 yearlings, and 5 lambs. Other large species that make the Toiyabe Crest their home include: mule deer, pronghorn, badger, coyote, bobcat, mountain lion, and smaller mammals like rabbits and hares, pika, squirrels, chipmunks, gophers, mice, and tiny shrews. Herps include gopher snakes, rattlesnakes, and many species of lizards. A wide variety of song birds make the Toiyabe Crest their homes during various seasons, including the delightful rock and canyon wrens and the American dipper. Birds of prey like goshawks, Coopers hawks, owls, and golden eagles can be seen prowling the skies or nesting in the area. Nearly 100 species of butterflies have been described within the Proposed Toiyabe Crest Wilderness. Sensitive Species include pygmy Rabbits, mountain plover, several bats, Lahontan cutthroat trout, Columbia spotted frog, and the big jumping mouse. 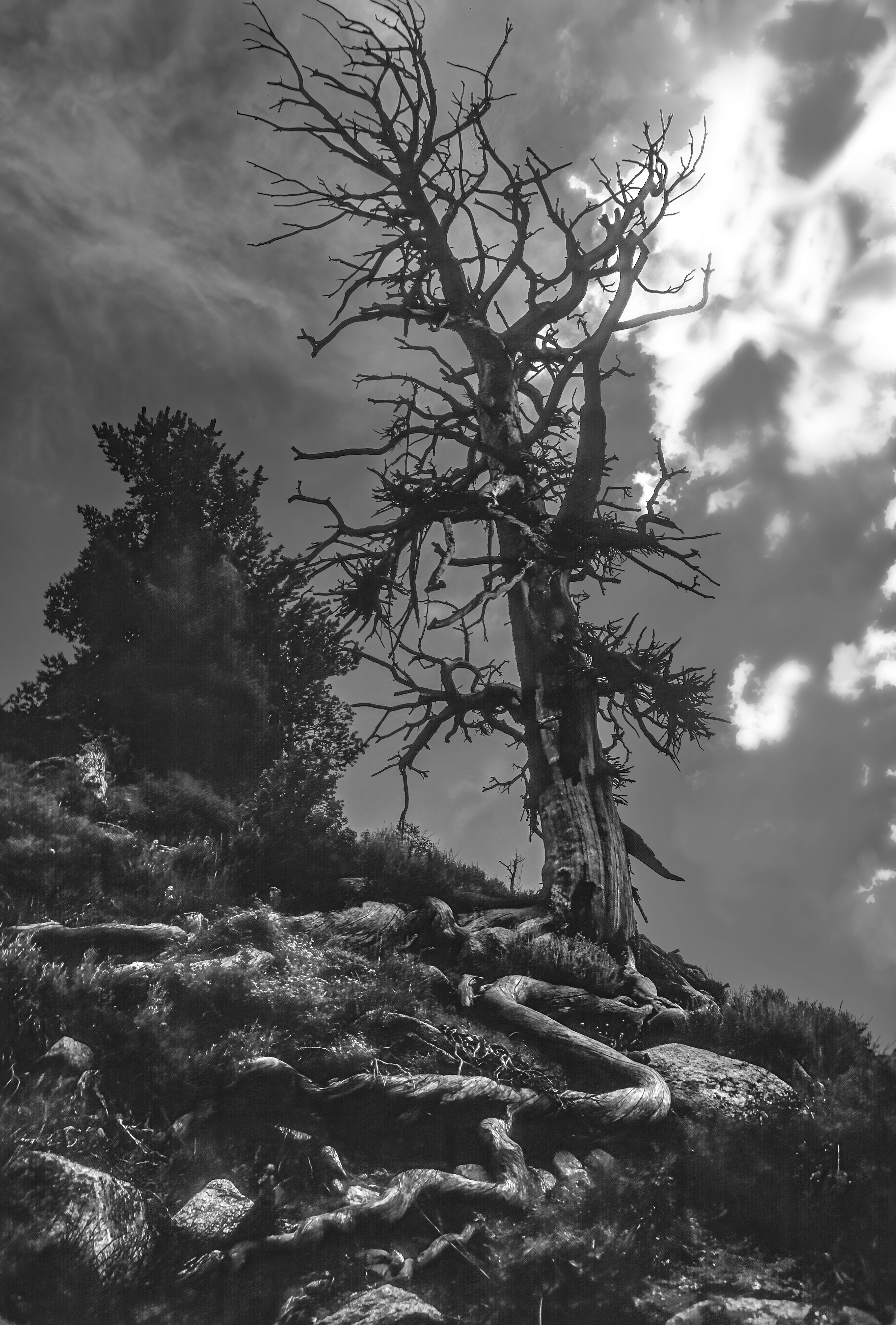 Plants
The Toiyabe Crest is know for its “bald” aspect. The bulk of the highest ridges of the Toiyabe Crest, even those parts well below the timberline, are free of trees. The Toquima Range, just to the east features extensive forests of pinyon at lower elevations and limber pine at higher elevations. There is no clear reason why these two adjacent ranges have such different plant communities.  The portions of the Toiyabe Range above treeline supports alpine species similar to arctic. The number and similarity of the alpine/arctic species increase in the taller range toward the eastern part of Nevada, indicating that the central Nevada ranges become increasingly isolated from the influence of arctic species as their distance from the ecological connection to the arctic (the Rocky Mountains and its north/south series of high peaks) increases.

The most iconic trees of the Toiyabe Crest are the curlleaf mountain mahogany found as delightful, sparse stands or single trees providing welcome shade under thier stout, spreading canopies in the higher elevations, and the aspen and cottonwood growing in along the canyons and showing the necessary presence of flowing water for hikers and wildlife alike. Pinyon, juniper, and occasional limber pine also inhabit the Toiyabe Crest. Many mountain shrubs also inhabit the area, including currants, choke cherry, willows, and service berries. Sensitive species include the Ophir rockcress, Eastwood milkweed, Goodrich biscuitroot, and the Toiyabe buckwheat. The mid to high altitude sagebrush ecosystem comprises the core of the Toiyabe Crest. Wildflowers spread across the summits following the melting snows and rising heat of summer.