When the first Native Americans entered this region of northern Nevada, the south Santa Rosa Mountains were effectively a peninsula surrounded by the waters of ancient Lake Lahontan. These earliest peoples hunted the rapidly vanishing Pleistocene fauna and migratory birds in the extensive marsh environment associated with the enormous inland lake. These early ancestors left behind beautiful stone artifacts including Clovis projectile points and enigmatic Great Basin Crescents, many of them created from locally sourced obsidian from the Double H Mountains and Paradise Valley. For 700 generations Native Americans have been living on this land and utilizing the resources of the Santa Rosa Range and the surrounding valleys. Today this region is the traditional homeland for Northern Paiute, Shoshone, and Bannock people. To learn more about the Native American history of this area, see the Additional Resources tab on the left side of this page.

The Santa Rosa Range enters history as part of an Anglo-American conflict. Peter Skene Ogden left a record of his first (1828-1829) and second (1829-1830) expeditions in the Santa Rosa Range. These were exploration and trapping expeditions organized by the Canadian Hudson Bay Company to leave behind a “scorched stream” policy wherein Ogden and his men would “trap-out” all of the streams in what would become northern Nevada with the intention to stop American trappers from entering the British claimed trapping territories of the Snake and Owyhee river systems. The first recorded Amercans in the area were with the Bonneville trapping expedition led by Joseph Walker in 1833. This expedition followed the Humboldt River toward California in 1833. In the 1840s this route along the Humboldt River would become the most important route to California. The first permanent settlement was a trading post established in 1853 at a point that offered the best fording opportunity across the Humboldt River in what would become known in 1868 as the town of Winnemucca. Contact and conflict between the Native Americans and Anglos intensified after the discovery of gold and silver in the Comstock and the Owyhee Basin. By 1865 the Quinn River Camp No. 33 was established by the US Army at the base of the Santa Rosa Range to protect Anglo travelers along the Virginia City to Boise, Idaho road. This camp would later be named Fort McDermit[t] and become one of the reservations for the Northern Paiute and Shoshone-Bannock when they were forced from their traditional lands, including the Santa Rosa Range, in the late 1870s.

The final historic chapter of this Anglo/Native conflict occurred at the end at the turn of the 20th century when Shoshone Mike, disgusted with the life he had been forced into on the reservation near Fort Hall, Idaho, decided to take his family away from the reservation back out into traditional lands to practice traditional lifeways. Mike’s family group eventually wandered down into the Nevada High Rock Canyon country. To stave off starvation during the bitter cold winter of 1911, Mike and his family killed a couple of Anglo cattle they found wandering in the High Rock Canyon area and stored the frozen meat in trees . When four sheepmen rode down the canyon that winter, Mike was certain they were hunting for him and, fearing for the lives of his small group, they killed the intruders. After this, Mike knew his family was finished and it would only be a matter of time before they would all be tracked down and killed. Mike and his family set out for the east. For two weeks the posse tracked them through the Quinn River country, around the southern end of the Santa Rosa Range, across the Paradise Valley, and into the Little Humboldt River country. The posse caught Mike and his family on February 26, 1911. In the end, of the twelve members of Mike’s group, eight were killed on that cold February day and only an adolescent boy, a ten-year-old boy, a toddler, and an infant survived. 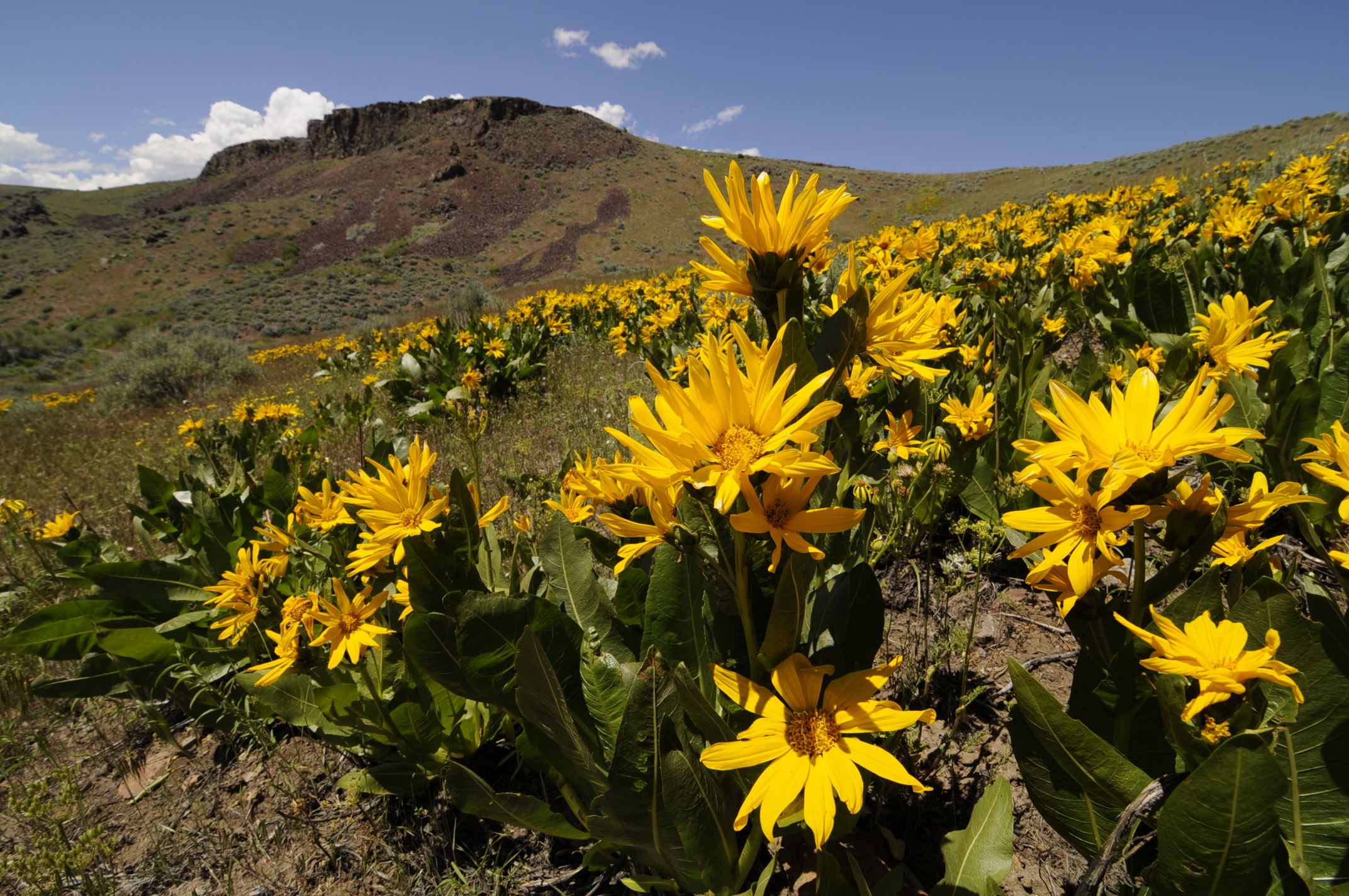 Geology
The Santa Rosa Range contains Humboldt County's highest point (Granite Peak, 9,732 feet, which lies just north of the Wilderness) and nearly thirty miles of the main ridge stand above 8,000 feet, forming an imposingly steep rampart separating the adjacent Quinn River and Paradise Valleys. The higher parts of the range are glaciated to levels as low as 7,500 feet elevation. Most of the Santa Rosa Range is underlain by a very thick sequence of Upper Triassic to Jurassic shales and sandstones that were tightly folded and metamorphosed to phyllites and quartzites prior to late Cretaceous, or possibly early Tertiary time. A number of granitic stocks then intruded these formations. All of these basement rocks were deeply eroded by middle Tertiary time, and they were intruded and covered by a volcanic rocks consisting of andesites, basalts, dacites, and rhyolites. Later erosion removed the volcanic rocks from almost all of the main Santa Rosa Ridge.

Wildlife
Mountain lions and bobcats are elusive but common inhabitants of this Wilderness. California bighorn sheep have been introduced and can be spotted on the higher rocky summits. Eagles and hawks soar with the wind in the higher country, while upland game birds, sage grouse, and partridge dominate lower elevations. Cold streams provide a home for many trout, including the threatened Lahontan cutthroat. Rattlesnakes and hornets threaten the unobservant in summer. 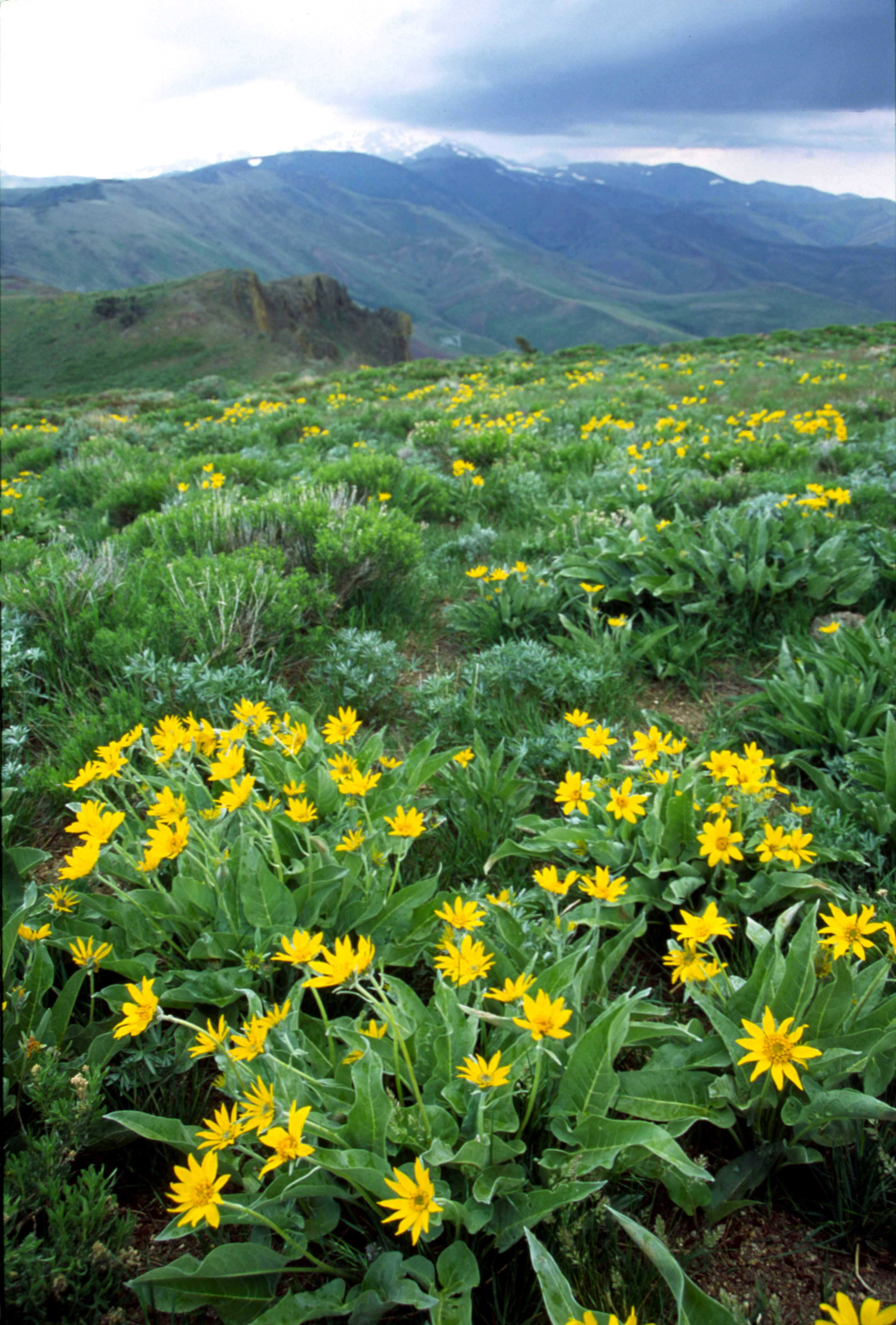