Native American Use of Plants

In addition to utilizing the lakeshore and marsh resources of the Lake Lahontan system surrounding the Santa Rosa Range, Native American people shifted to utilizing the upland resources of the area as the waters of the lake system retreated over the last 10,00 years. Aside from animals, the Native Americans utilized a wide diversity of plants for food and medicinal purposes. These resources are still part of the Paiute and Shoshone-Bannock lifeways today. Steven Pellegrini, a teacher in Yerington, researched and wrote a brief treatise entitled “Thirty Plants Important to Great Basin Indians.” Written in 1993, it provides information about some of the plants used pharmacologically by the Paiute and Shoshone of Nevada. The plants are (by common English name): yarrow, wild onion, Indianhemp, big sagebrush, big milkweed, four-winged saltbrush, pincushion flower, Morman tea, California buckwheat, peanut butter plant, seaside heliotrope, winterfat, biscuitroot, stickleaf, blazing star, coyote tobacco, Indian ricegrass, daggerpod, singleleaf pinyon pine, English plantain, indigo or smokebush, bitterbrush, golden currant, wild or woods rose, curly dock, coyote willow, purple sage, greasewood, globemallow, prince's plume and cattail. Pharmacological results of laboratory tests reveal that the plants utilized by the Native peoples cover a wide range of physical problems common to all humans. Some of the illnesses alleviated, improved or aided by native medicinal plants were: coughs, colds, bronchitis, sore throat, eye problems, insectbites and stings, birth, puberty, infections, cuts, burns, lice, various stomach and bowel problems, swellings, contraceptives, skin disorders, and toothaches. An attempt to treat more serious ailments was also undertaken with the assistance of medicinal plants. To combat these more serious situations a number of these plants were even noted to have antiseptic or bactericidal properties.

The Origin of the Name of the Santa Rosa Range

Many popular sources for information include a misleading and generic reference to the origin of the name of the Santa Rosa Range: “named for Saint Rosa of Lima, who became the first canonized Saint of the New World and was the most popular saint in the Spanish Colonies of America.” (Nevada Place Names, H.S. Carlson 1974.) While this statement about the place name “Santa Rosa” is factually correct, it may be misleading about the origin of the name for the Santa Rosa Range.  This "fact" implies a Spanish colonial influence to this region that there is very little evidence for. There is evidence, however, for an indirect Spanish colonial influence for the place name of the “Santa Rosa Range” via the Basque diaspora. In the 1830s, the Spanish Civil War sent many Basque refugees fleeing to Argentina. With the discovery of gold in California in 1848, Basques from Argentina, France, and Spain made their way to California and later followed the gold boom and the demand for the products of sheep operations into Nevada after 1859. The story of Santa Rosa of Lima would have been part of the Argentinian Basque community and would have spread through the larger Nevada Basque community during the mid to late 1800s. Before the name “Santa Rosa Range” first appears on a Rand McNally map dated 1889, the “Santa Rosa Range” is either unnamed or was recorded as the “Cottonwood Range,” as on a U.S. General Land Office map in 1866. This would place the name of the Santa Rosa Range into a timeframe consistent with the arrival of the Basque culture in the Winnemucca and Paradise Valley region of Nevada.

The works Progress Administration, Nevada State Writers Project, Origin of Place Names Nevada 1941 tells a slightly different story of the origin of the Santa Rosa Range name. First, this publication describes the highest peak in the southern portion of the Santa Rosa Range as “Rose Peak, Alt. 9,600[ft]” (this is consistent with the elevation of today’s Santa Rosa Peak). Second, the publication claims that the range was “[s]o named for the wild roses of the region.” This account is not inconsistent with the Basque possibility as outlined above, as “Santa Rosa” is a much more deserving and impressive name for a prominent peak than simply calling it “rose.”

The Works Progress Administration, Nevada State Writers Project, Origin of Place Names Nevada 1941 also describes the origin for the name for Paradise Valley and Paradise Peak within the Wilderness as follows: “[i]nJune 1863, W.B. Huff, after traveling with other prospectors over a desolate country, involuntarily exclaimed ‘what a paradise!’ on seeing the valley, then he gave the valley the name Paradise.” 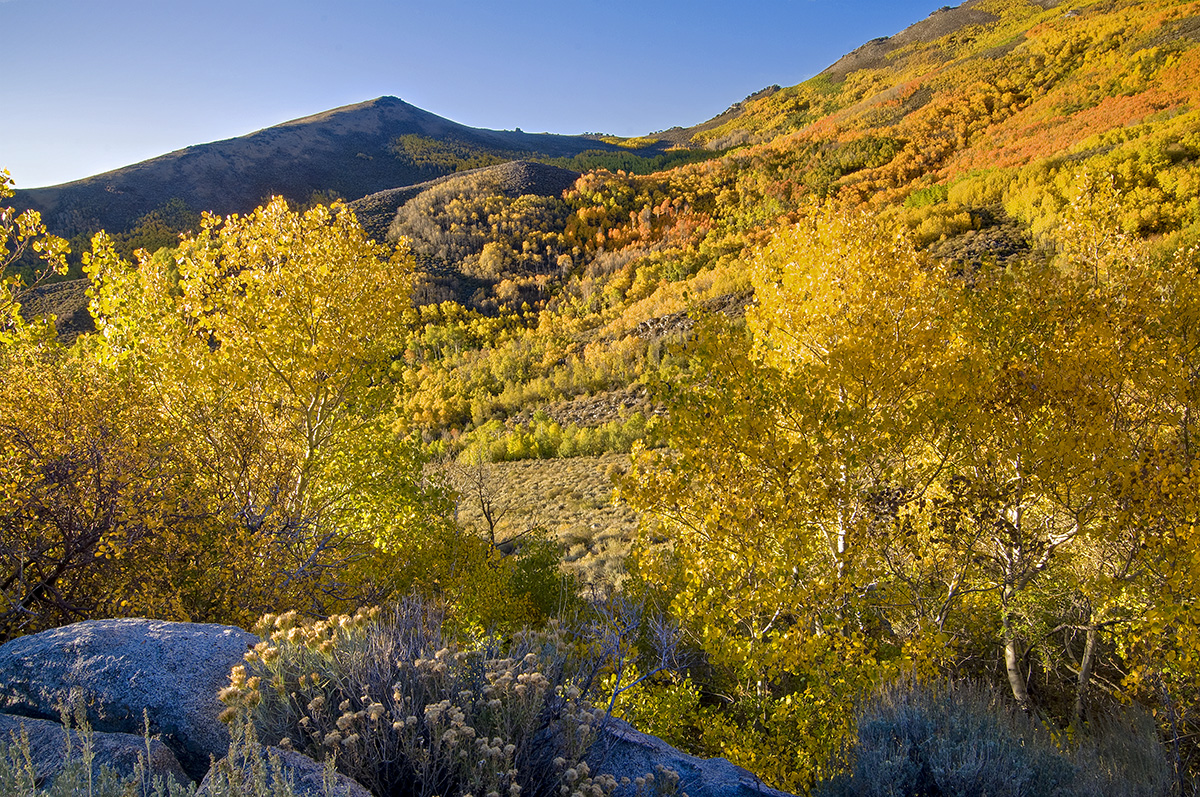 After the Gold Rush of 1849, large numbers of cattle and sheep were driven across Nevada to California. Following the development of the mining industry in Nevada in 1859, cattle were moved into Nevada to supply the miners with meat. As the livestock industry developed in the West, and with the completion of the railroad in the late 1860's, livestock began to be trailed and shipped for markets in the East. By 1874 most grazing areas in Nevada had been taken up by ranchers, and the range began a rapid deterioration. By the 1890s the weather patterns shifted and accelerated this deterioration. Added to this, around the turn of the 20th century, northern Nevada saw an increase of migratory sheep herds that originated in southern Idaho. These herds often were owned and run by Basque sheepherders. In addition to racist motivations, the local Nevada ranchers protested the “wild west tactics” of these sheep herding operations, denouncing “overgrazing” by sheep herders and their unfounded efforts to "improve range conditions” by burning wooded country in the false belief it would promote more grass growth. Something had to be done, with nearly 500,000 sheep, 30,000 cows, and thousands of horses in Northeastern Nevada, all of the livestock was coming off the range in very poor condition.

The Nevada ranchers were not capably in accepting their own culpability in the deterioration of northern Nevada range conditions.  They needed a scapegoat.  They believed that, if they could bring the US Forest Service into Nevada, they could drive the Basque “tramp” sheep operations out of the state and that the Forest Service would give them greater control over the American public lands in Nevada. Nevada ranchers sent petitions to the Forest Service in Ogden Utah. On July 10, 1910 a land examiner issued a paper called, “Favorable Report on the proposed Santa Rosa National Forest, Nevada.” On April 1, 1911, Presidential Proclamation 1120 established the Santa Rosa National Forest.

Part of the work the US Forest Service conducted in the Santa Rosa Mountains included projects by the Civilian Conservation Corps from 1933 to 1941. These projects involved improving and building a number of horse trails, A number of them are in the Wilderness today. 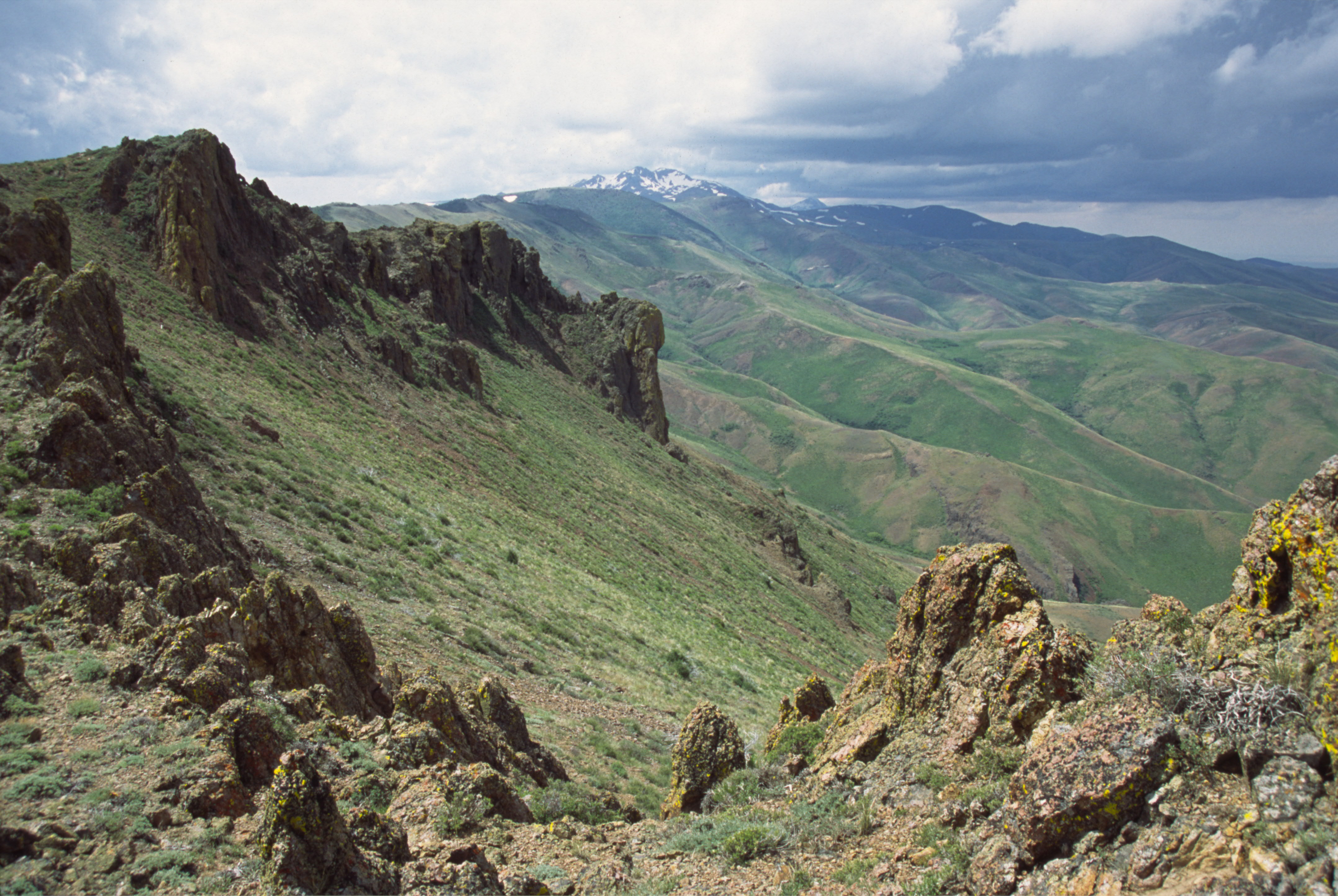