A Deeper Dive into the Conservation of Red Rock Canyon

The Rainbow Mountain Wilderness area (originally known as Pine Creek) first fell under protected status when it was included as part of the Desert Game Range (presently known as the Desert National Wildlife Refuge) in 1936. At that time the area was managed primarily to protect and manage wildlife and habitat, although there was a growing use of the Red Rock Region for recreation at that time. The January 1956 Narrative Report for the Desert Game Range specifically mentions the importance and potential for recreation in the larger Red Rock region. In 1956, the greater Red Rock Area and Mount Charleston were removed from the Desert Game Range. In 1961 the National Park Service considered the Red Rock region for a National Park, but then rejected the idea. Local Nevadans and several conservation organizations began working toward alternative designations to protect the natural integrity of these lands. The 1964 Classification and Multiple Use Act provided the BLM with the tools to identify the Red Rock area as a recreational resource. This resulted in a 10,000-acre withdrawal of the Red Rock region for protective status. Nevada conservation organizations also presented a proposal for a 64,000-acre National Monument in the Red Rock area in 1964. In 1967, the BLM designated the 62,000-acre Red Rock Canyon Recreation Lands.

The passage of the Federal Land Policy and Management Act in 1976 gave the BLM the tools to look at the potential for wilderness designation with the Red Rock Canyon Recreation Lands. Recommendations for Nevada included 24,000 acres of the Pine Creek Wilderness Study Area (WSA) being identified in 1980. In 1987, the passage of the National Forests and Public Lands Enhancement Act complicated ownership and management of the WSA by transferring 618 acres of the Pine Creek WSA to the Forest Service. The Clark County Conservation of Public Land and Natural Resources Act of 2002 changed the name of the Pine Creek WSA to Rainbow Mountain Wilderness, selected 20,311 acres of BLM managed WSA land and an additional 4,686 acres of contiguous U.S. Forest Service roadless land to create the 24,997-acre Rainbow MountainWilderness, jointly managed by the US Forest Service and Bureau of Land Managment. 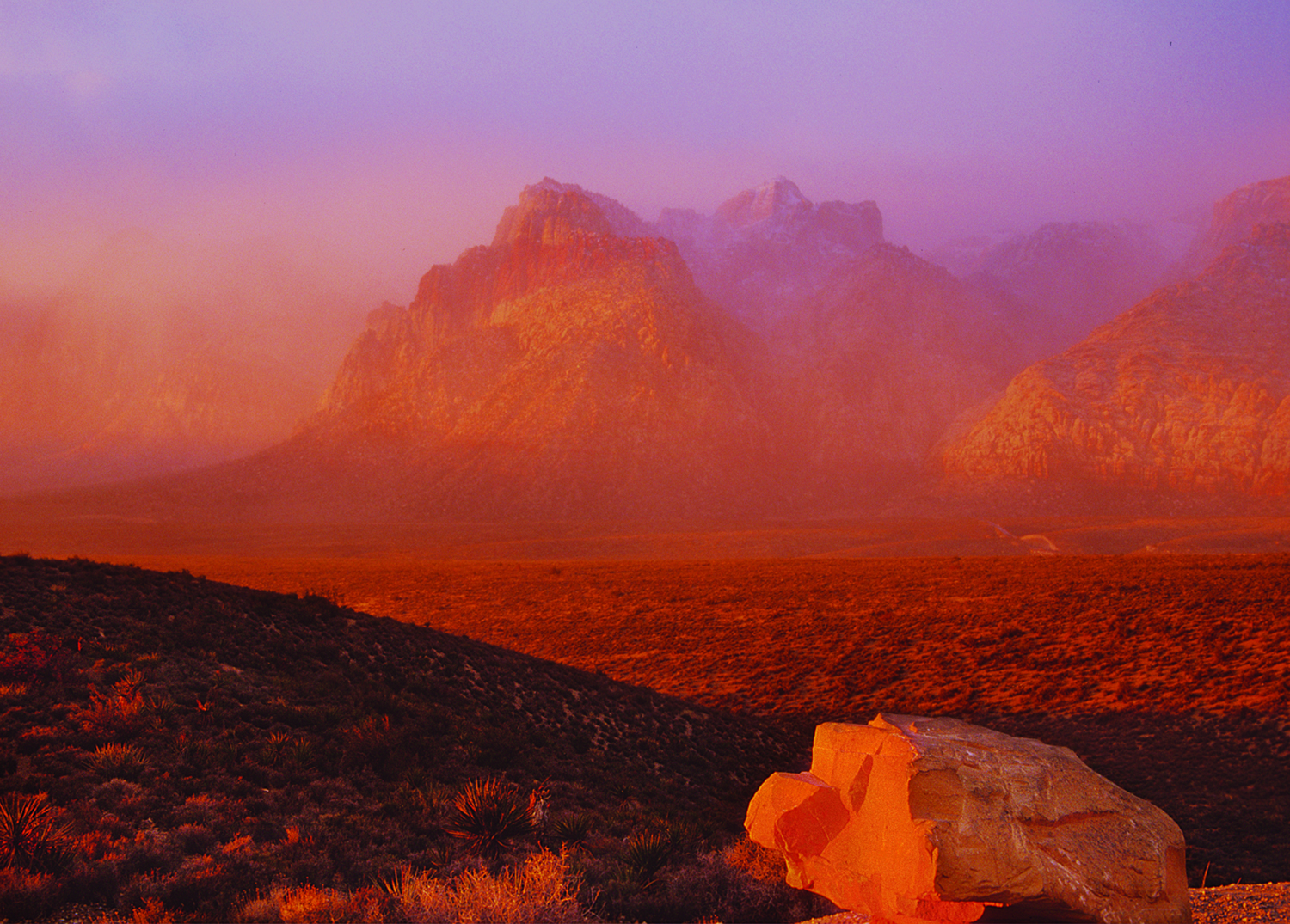