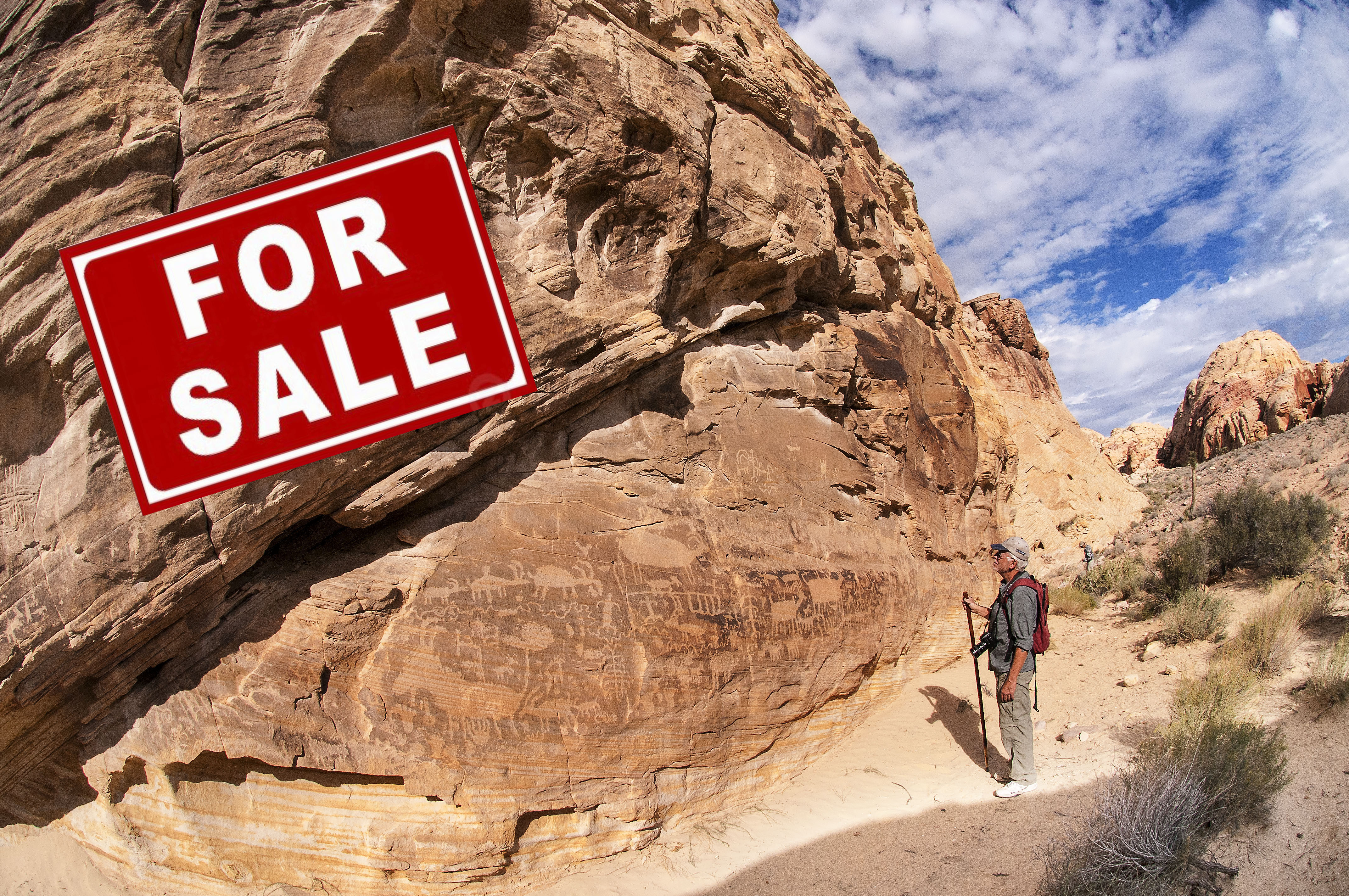 America’s 640 million acres of federal public lands are the backbone of our rich outdoor heritage. However, some extremist politicians would like to sell off YOUR public lands to the highest bidder and close off access forever. Please join us in the continued fight to keep public lands in public hands. Continue reading for more information on recent public land victories in the Nevada State Legislature and in Congress to #KeepItPublic.

Learn more about public lands here in Nevada with this Public Lands Brochure.

Nevada State Senator Nicole Cannizzaro and thirteen co-sponsors introduced SB413 in the Nevada State Legislature on March 20th. SB413, signed by Governor Sandoval on June 1st, will establish the last Saturday in September of each year as “Public Lands Day” in the State of Nevada. The bill specifically mentions that Nevadans do not want our public lands to be transferred to state control. An official Public Lands Day will serve as an annual reminder to our elected officials that Nevadans value our public lands and want to keep them public! We hope you join us this September in celebrating the first ever Public Lands Day in Nevada!

Read the full text of the bill here.

Several misguided Nevada state legislators have introduced Senate Joint Resolution 7, a resolution calling on Congress to enact legislation to transfer the title of certain public lands in Nevada to state (and private) control. The state of Nevada just doesn't have the budget to manage the breadth of our public lands and would surely have to sell off public lands to make ends meet. Public lands are where Nevadans and all Americans go to enjoy wide open spaces and outdoor recreation like hiking, camping, hunting, fishing, and riding ATV's. Once our public lands are sold, they'll be lost forever - shutting off access to our favorite outdoor destinations. Scroll further down to learn more about the public lands issue, what's at stake, and why we cannot allow a blanket transfer of public lands to state control.

Senator Heller and Congressman Amodei introduced S.22 and H.R.243 in Congress in January of 2017. These bills seek to dismantle the Antiquities Act and prevent its usage here in Nevada. Signed into law by Republican President Theodore Roosevelt in 1906, the Antiquities Act has since been used by 16 presidents (8 Republicans and 8 Democrats) to create more than 140 national monuments. Here in Nevada, the Antiquities Act has been used to protect Great Basin National Park (President Hardy in 1922), Basin and Range National Monument (President Obama in 2016), and Gold Butte National Monument (President Obama in 2016). These places are an irreplaceable and integral part of our country’s heritage and were initially protected using Antiquities Act authority. Senator Heller and Congressman Amodei misguided bills are a deliberate attempt to undermine the president’s ability to use the Antiquities Act and are out of line with American conservation values.

Contact Congressman Amodei and Senator Heller and let them know that you support the Antiquities Act and its usage in Nevada and that you respectfully register your opposition to their bills.

In 2016, Congressman Amodei introduced HR 1484 which includes SJR 1 language. The bill will direct the Secretary of Agriculture and the Secretary of the Interior to convey certain Federal lands to the State of Nevada in fulfillment of the Nevada Statehood Enabling Act, and for other purposes. Read the text by clicking here. Fortunately the bill did not move in Congress last year and - because of your activism - Congressman Amodei stated earlier this year that he would not reintroduce HR1484 in its current form. Although we have accomplished many victories for Nevada's public lands, we need to remain vigilant and make our voices heard on this issue so our elected officials know that Nevadans want to keep it public!

Script: “I am calling as your constituent to register my opposition to any public land transfers or sales to state control and private interests. I am a Nevadan who (hikes/camps/backpacks/you choose) and values the great amount of public lands we have here in Nevada. I respectfully oppose your efforts to divest public lands to state and private control.”

2. Tweet to Congressman Amodei: Twitter is an easy but direct way to engage with your elected official. Create your own and use the following handles and hashtags:

Or use these pre-drafted tweets!

Public lands are our greatest heritage and should remain public! Say NO to #publicland transfers @MarkAmodeiNV2 #publiclandsproud

3. Write a Letter to the Editor: The Letter to the Editor is one of the most powerful tools we have for communicating with decision makers, the media, and the general public. Be personal. Facts are good, but only when we understand why they matter. Describe who you are and why you care about public lands - do you like to backpack, hunt, mountain bike, camp? How would the loss of public lands affect you? These details make a deeper impact on our readers than we give them credit for!

Reno Gazette Journal: Email a letter of 160 words or less to [email protected] Include your full name and the town you live in — these will be published. Also include your address and phone number for verification purposes only.
Reno News & Review: 200 words of less - you can also submit your letter by clicking here.

How does changing ownership of the Nevada land from federal to state impact our public lands?

Currently, the federal government loses nearly $100 million dollars per year on average managing public land in Nevada. This is a cost that our state government is in no position to bear. A likely result would be the massive sell off of our public lands into private hands, cutting off access, and allowing some of our best places to be developed.

Nevada has a history of selling state lands into private control. Even if the state were to keep the lands in the state portfolio, access and uses would be restricted, similar to the way that access and use is restricted on the 3,000 of state trust lands that the state currently owns. Many Western states have very limited uses of their state lands and many states charge access to outdoor recreation users.

People love public lands and they will travel, spend money, and relocate to areas that are in proximity to public lands, especially protected public lands. Below is a list of recently published reports and studies that have sought to quantify this impact.

The Mining Burden: Why State Land Seizures Could Cost Billions

One View: Transfer of Public Lands to Nevada Still a Bad Idea (Reno Gazette Journal. May 17, 2016)