As of 2021, the first documented evidence for human in North America has been pushed back to 23,000 years ago in the White Sands region of New Mexico. The ecology of that site included a large lake with associated Pleistocene megafauna roaming, grazing, and foraging within the enhanced plant communities along the shoreline. This is where these early humans hunted megafauna and foraged for lakeshore plants, shorebirds and fishes. Mount Moriah Wilderness lies along the western shore of ancient Lake Bonneville, a lake that reached its highstand between 16,000 to 14,000 years ago. At this elevation, the waters of Lake Bonneville would have been right up against the base of the North Snake Range. The alluvial surface between the lake water and the escarpment of the range would have been a highly productive grasslands with stands of trees. Although there is no evidence for human occupation along the eastern flank of the North Snake Range for this time period, it is not beyond possibility that these earliest humans wandered this area 20,000 to 16,000 years ago. Although the oldest accepted dates for human habitation around Lake Bonneville are in the 11,000 to 13,000 date range (including a date from Smith Creek Cave of 11,200 years ago), it is possible that Native American utilization of the lands surrounding Mount Moriah date back nearly 1,000 generations. It is important to remember that archaeological evidence, in dateable context, is extremely rare and difficult to find and should be considered as the minimum viable date and not an absolute limit on the antiquity of humans in North America.

As the Holocene rains diminished and the great desert lakes dried up, these early Native Americans adapted to new food sources and resource within the valleys and mountains. The Mount Moriah Wilderness has a wide diversity of archaeological evidence for this shift to mountain resources including petroglyphs, lithic scatters, and constructed features. Permanent water sources in the valleys surrounding the Mount Moriah also became extremely important for Native Americans at this time and have persisted as important cultural landscapes for the Newe and Goshute people to this day. The Swamp Cedars, west of Mount Moriah, has importance ethnohistoric importance as a gathering place for Newe and Goshute as well as a site of conflicts and tragedy with EuroAmericans, including several massacres of Native Americans at the hands of white invaders.

On June 19th, 1827, Jedediah Smith crossed over what would become known as Sacramento Pass (aka Osceola Pass) and camped on the south side of the North Snake Range. The next day, June 20th, he traveled up the east side of the range and camped just outside the future Mount Moriah Wilderness, possibly at the mouth of Hampton Creek. Smith was quite impressed with the towering heights of the Snake Range and describes in his journal, while camping beneath Mount Moriah, that the mountains “are to this plain like the islands of the Ocean.” Despite having been helped numerous times with food, guidance, and in finding water by the ancestral Newe and Goshute people, he had nothing but contempt for these indigenous people who had shown him such generosity. He described the “indians” he encountered after leaving western Nevada as all the “same unintelligent kind of beings” who “form a connecting link between the animal and the intellectual creature.” Without any apparent self awareness, Smith denounced and dismissed the same people who more than likely saved his life and the lives of his two men by showing them how to survive in a landscape that Smith could only understand as “inhospitable.”

There is very little documentation as to when the name Mount Moriah became attached to the highest peak in the North Snake Range. Most sources referencing the peak was named by Mormons for the biblical reference to the Palestine hill, as described in the 1941 Origin of Place Names: Nevada. Early on, the name Mount Moriah may have been associate with the entirety of the North Snake range and not just the highest summit. In media, the name Mount Moriah first appears in a Goldfield News article related to a mining operation in Hampton Creek area in 1908. During the initial investigation of the Snake Range by the USFS in 1906, Forester L. von Wernstedt mistakenly identifies “Moriah” as “Moraja.” This misspelling will persist in USFS reports into the second decade of the 20th century. (From more information on the Conservation History of Mount Moriah, see the Additional Resources Tab on the left side of this page.) 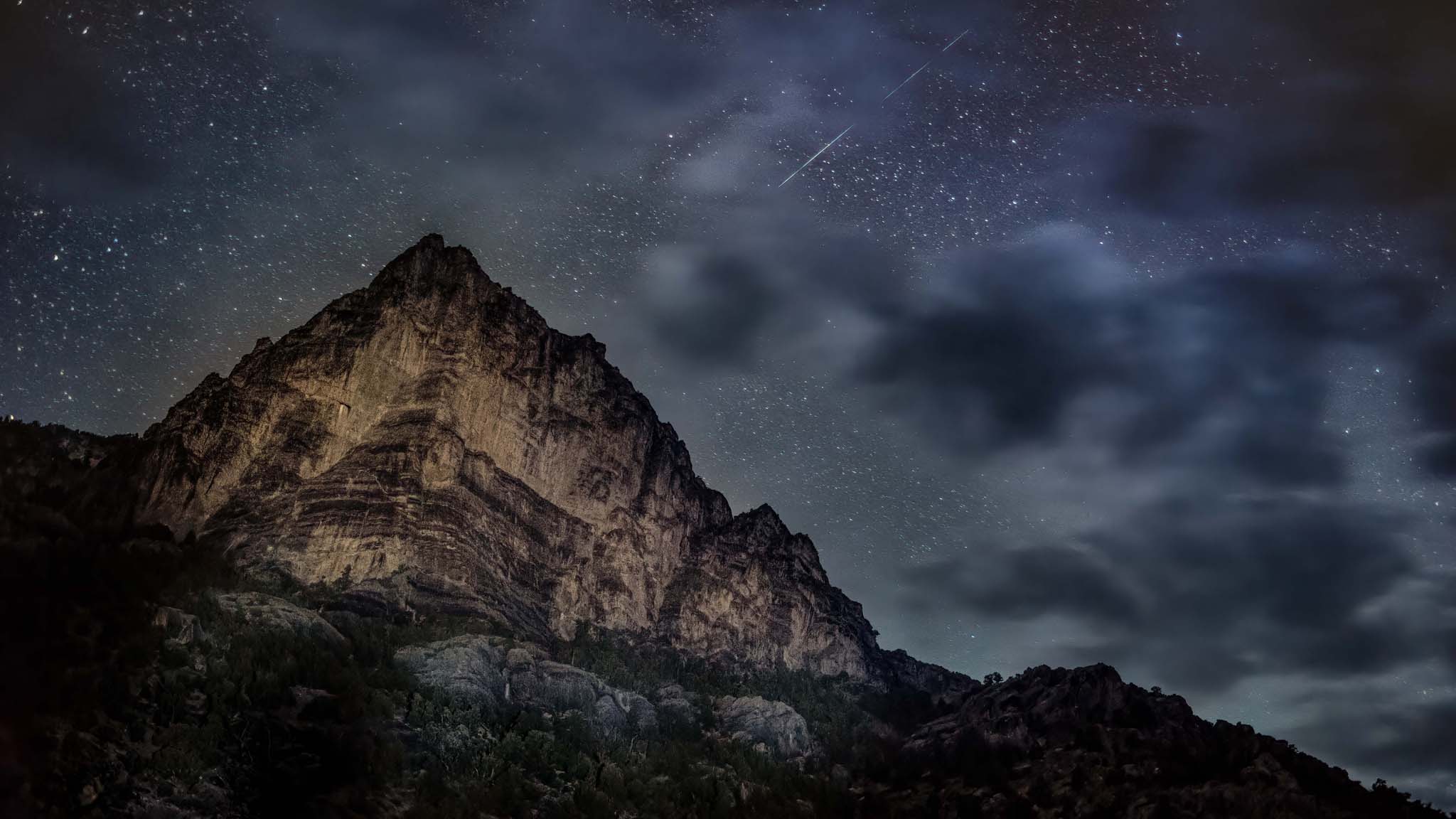 Geology
The geology of the Mount Moriah Wilderness is dominated by very old sedimentary rocks, dating from the Cambrian period. These rocks form most of the highest country within the Wilderness. The most prominent structural feature of the range is the northern Snake Range decollement, a low-angle fault that places highly folded and faulted limestones atop fairly horizontal and undeformed quartzite. The highest peaks of the range are formed by the deformed limestone and the unique Moriah Table and steep canyon walls below the Table are created by the harder, undeformed quartzite.

Wildlife
Wildlife is abundant in the Mount Moriah wilderness including very large Mule deer, mountain lion, bobcats, coyotes, and a broad diversity of rodents and hares. Rocky Mountain bighorn sheep haunt the step upper slopes, while raptors such as golden eagles, hawks and falcons hunt and soar throughout the range. The ecological diversity of Mount Moriah Wilderness creates multiple habitats to support a wide variety of birds. The Silver Creek drainage in the southern portion of the Wilderness supports a population Bonneville Cutthroat trout, a relic species of Ancient Lake Bonneville whose waters covered nearly 20,000 square miles of western Utah and lapped up against base of the Snake range 14,000 years ago. 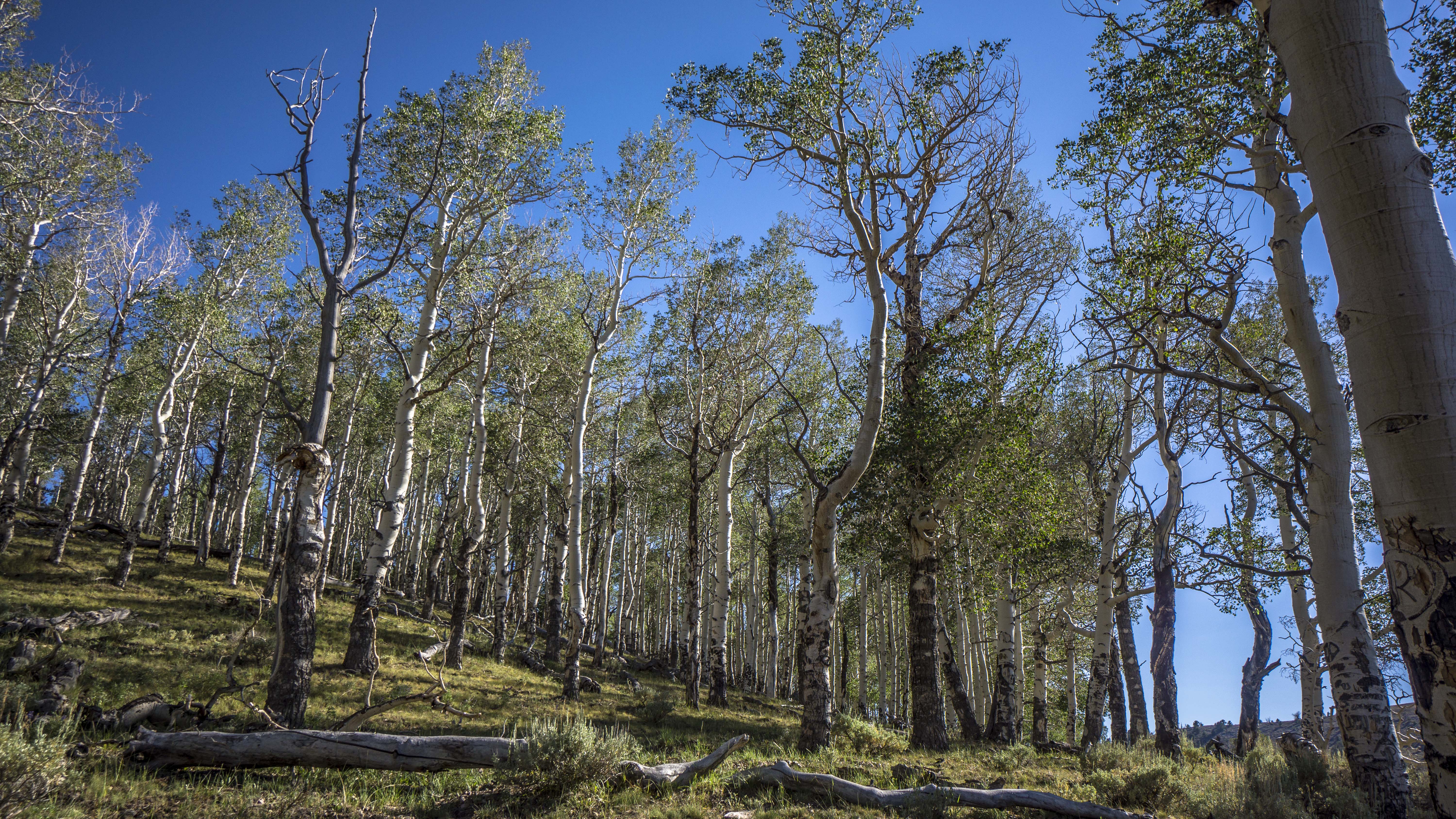 Plants
Mount Moriah Wilderness supports one of the most diverse variety of ecosystems in the Great Basin. Starting with desert scrub at the trailheads on the eastern side of the range, the canyons leading to the summit exhibit lush riparian habitat and meadows including cottonwood, willow, water birch, choke cherry, elderberry, gooseberry, dogwood, and mountain alder. Extensive groves of aspen interspaced with pinyon, juniper, white fir, Douglas fir, and ponderosa pine are typical with the mid elevations of the Wilderness. At higher elevations, sub-alpine fir, Engelmann spruce, limber pine, and bristlecone pine dominate the landscape. Bristlecone pine can also be found occasionally at extremely low elevations for this species, around 7000 feet. This too may be a relic population, as bristlecone were known to descend nearly to the valley floors toward the end of the Pleistocene epoch. Limestone ridges at 8,000 to 9,000 feet support stands of curl-leaf mahogany. The vegetation zones of Mount Moriah are not clearly defined; exposure and the amount of rock seems to be more important than altitude in determining where tree the various species of trees grow. Abundant wildflowers can be found seasonally through out the Wilderness including: columbines, globe mallow, scarlet gill, and yellow lupine. The Mount Moriah Table is a truly unique feature that is far better experienced than described. 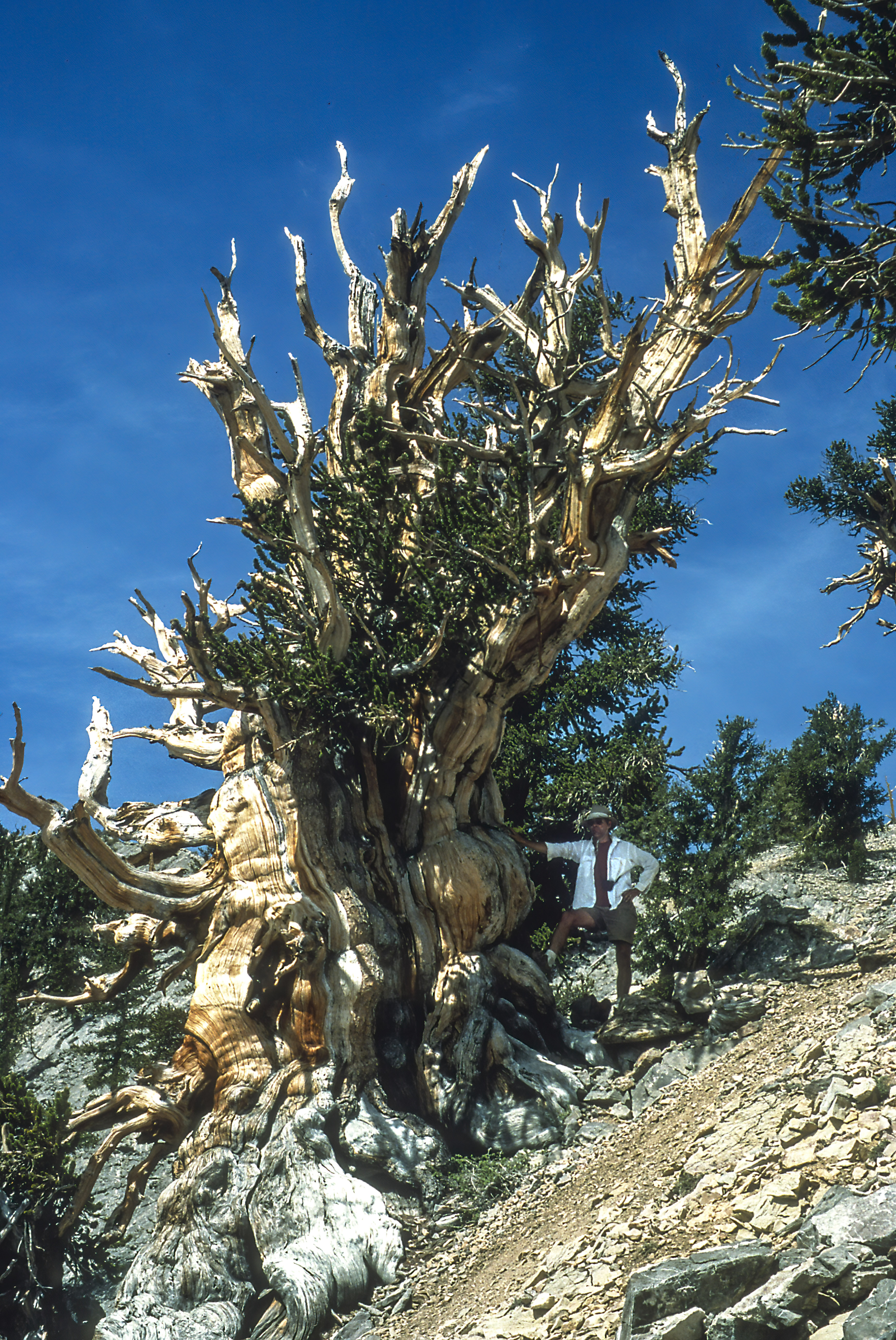