A Deeper Dive Into the Conservation of the Mount Moriah

The first substantial mining impact to the ecosystem of Mount Moriah began with the discovery of gold in the Osceola District in 1872. Although the mining and development took place primarily across Osceola Pass (aka Sacramento Pass) from the North Snake Range, by 1882 the town was a community of 1500 people and over the next 10 years the demand for fuel and lumber pushed into the North Snake Range. This demand for timber reached a peak in 1889 with the construction of the 18 mile East Ditch. The mining activity languished in the first few years of the 20th century. By 1905, most of the mining ceased and the town emptied. During this same time period, commercial grazing in the Snake Range created its own set of environmental problems. Unregulated grazing of livestock was damaging the grassland ecosystems and collapsing springs and riparian habitat. This was part of the “grazing rush” by commercial operations of all sizes to claim and utilize the forage resources of public lands to maximize their operation profits.

By 1906, the situation in the Snake Range was recognized as being “fully stocked with sheep and cattle and overrun with wild horses.” As was typical throughout northern and eastern Nevada at the time, the ranchers with operations immediately adjacent to the public lands (mostly free-ranging, unattended cattle operations) felt they should have priority over the grazing resources and that the itinerant commercial operations (consisting predominantly of easily movable and transportable herds of sheep tended by shepherds and dogs) should be banned from the public resources that the property-owning ranchers believed should belong to them. At the behest of the eastern Nevada cattle operators, the United States Forest Service (USFS) sent L. von Wernstedt to inspect the forest and he proposed the formation of four forest reserves in the area. In September of 1906, the Acting secretary of the Interior temporarily withdrew the proposed Osceola Forest Reserve, which include both the North and South Snake Ranges. This withdrawal became permenant in 1909 with the formation of larger Nevada National Forest, which included the former Osceola Forest Reserve. Adjustments to the boundaries to the divisions were made over the next several years and, as the mining industries in the Snake Range were winding down, the USFS found itself working closer with the area cattle operations to assure forage and water from public lands would go to support and subsidize the private operations in the region.

In 1915, there were an estimated 5,255 cattle and 50,280 sheep grazing on the entire Nevada National Forest. In 1917, there was an estimated 4000 sheep and 500 cattle in the Mount Moriah division of the Nevada National Forest. Under the management of the USFS, the number of sheep would be whittled down over the next to decades to enlarge the cattle operations. This concept that land-owning cattle operations would have exclusive access to the public grazing resources surrounding their private lands would be codified by the cattle operator-authored Taylor Grazing Act of 1934. According to a Reno Evening Gazette article dated August 21, 1935, a plague of grasshoppers descended upon the Mount Moriah Forest District. The primary concern mentioned in this article was the destruction of the “grazing land” for the permit holders. This, once again, reiterated the primary value for public lands was gauged by the measure of the livestock industry.

Recreation
Recreational focus on the Snake Range tended to be on the South Snake, with Wheeler Peak and Lehman Caves National Monument (established 1922). As the interest in natural and wild landscapes began to rise in the mid 20th century, Mount Moriah began garnering attention. After the passage of the Wilderness Act of 1964, Nevada conservation advocates began to advocate for protection of Mount Moriah. In 1967 the USFS initiated “Roadless Area Review and Evaluation” (RARE I) to inventory lands for potential wilderness designation. By early 1972, Members of the Toiyabe Chapter of the Sierra Club had already studied and placed 120,000 acres of Mount Moriah and 175,000 acres of the South Snake Range into there Wilderness Class A Category: “Definite High-Quality Wilderness.” The USFS inventory RARE I study, released in 1973, classified potential Wilderness into two categories: “(1) most desirable high priority areas (Green List), and (2) less desirable lower priority areas (Yellow and Red Lists).” Both Mount Moriah and the South Snake Range were initially placed on the Red List and were destined to be dropped from further consideration.  With the input from the public and conservation organizations, however, the Chief and Regional Foresters jointly agreed to elevate both the South Snake Range (22,400 acres) and the North Snake Range (aka Mount Moriah 32,000 acres) into the Green list for further inventory and study for Wilderness character. Nevada advocate groups for these RARE I areas included: Nevada Department of fish and Game; Toiyabe Chapter of the Sierra Club, and the Nevada Open Spaces Council (whose members included Howard Booth).

Natural Landmark
The 1975 Inventory of Natural Landmarks of the Great Basin by UNLV for the National Park Service evaluated Mount Moriah for inclusion as a Natural Landmark. This report, with contributions from Nevada conservationists like Vernon B. Bostic, Edward H. Oakes, Alvin R. McLane, Charles S. Watson Jr, and the Toiyabe Chapter of the Sierra Club emphasized geological features, caves and springs, paleontological sits, and varied ecological systems including tundra, boreal forests, coniferous forests, and woodlands. Two special wildlife species listed were mule deer and the Bonneville cutthroat trout. This report also mentioned that the current use was “primarily livestock grazing.” The report also described an “excessive concentration of mule deer in the fifties,” followed by a “big die-off in 1962-63, and the browse was left in a depleted condition.” Interestingly, the report never mentions the cause of the deer population explosion, which most likely resulted from US government-funded predator eradication to subsidize the commercial cattle industry in Mount Moriah.

RARE II
The RARE I process was challenged in court by the Sierra Club and the USFS conducted RARE II in the late 1970s.  The results were published in 1979. RARE II recommended 97,205 acres of Mount Moriah (North Snake Range), and 61,869 acres of Wheeler Peak and 76,017 acres of Highland Ridge (both in the South Snake Range) for Further Wilderness Planning.

Opposition to Wilderness
Primary opposition to the Mount Moriah Wilderness came from recycled Sagebrush Rebellion rhetoric arguing that Wilderness was antithetical to Libertarian Western ideology. This argument was opposed to any Wilderness at all and was peppered with cheap-shots at the immorality of pubic lands in the West and against the ineptitude of the federal land management agencies and congressional elected officials they disagreed with. Richard Hatch typified the anti-public lands, anti-government, and pro-commercial extractive use rhetoric when he testified against the Mount Moriah Wilderness before Congress in 1985. Hatch's long-winded testimony was opposed to all Wilderness because it puts land “off-limits to the average four-wheel drive Western outdoorsman,” to whom “[t]he four-wheel drive vehicle is as important a part of his daily life as his pants.” He argued the Wilderness designation would push Nevada backwards while “the rest of the Nation progresses” and that “Mount Moriah needs more roads in order for the public to fully enjoy this great desert mountain, not no roads.” In an apparent lapse of self awareness, Hatch failed to see the hypocrisy of how his professed desire for the “public to fully enjoy” Mount Moriah conflicted with ultimate vision for the mountain- Hatch owned and operated a rock quarry on the edge of the proposed Wilderness. At the hearing he outlined how the rock he wanted to quarry extended from “the 6,000-foot to the 9,000-foot levels of the mountain,” and “runs through and over the top of the mountain.” For Hatch, the best use of Mount Moriah would be the money that would fill his pockets by removing it piece by piece to sell it to the highest bidder, including “hundreds of important Silicon Valley public, industrial, commercial, and residential buildings.”

Hatch also ranted about how public lands inherently created a “depressed public domain area,” and “[t]hese [Wilderness] bills prohibiting motor vehicles would drive an already depressed area deeper into the state of poverty.” This perspective ignores the historical fact that life on the border between colonial development and landscape ruled by natural proceses has always been and will always be economically, emotionally, physically, and psycologically difficult. Hatch concluded his rant with “these ecology radicals and Sierra Clubs have been so successful in stopping development, including mining in the West, that this great Nation would now have to ask permission of Russia to obtain minerals needed in order to fight a simple war.” Hatch’s rant is intricately intertwined with the Sagebrush Rebellion rhetoric that sees the highest value of American public lands as economic drivers for privatization and resource extraction. Hatch abhorred conservationist and land mangement agencies who valued public lands for their natural resources and wild ecological values, both part of public land management since Department of Agriculture Organic Administration Act of 1897 and the Department of Interior 1916 Organic Act. His 1985 testimony directly attacked Nevada conservationist: “I have found the so-called environmentalists, the Sierra Clubs, Birdwatchers, et cetera, to be selfish, unreliable advisers. Not long ago, they repeatedly warned us that doomsday was near unless we limited our use of natural resources, including gas.”

Friends of Nevada Wilderness Congressional Comments
Geneva S. Douglas, representing Friends of Nevada Wilderness also spoke and submitted comments to Congress in 1985. These comments included the natural resource and Wilderness values of Mount Moriah, a short history of the recent conservation proposals, and explained that the “Friends of Nevada Wilderness alternative is larger than the Forest Service roadless area because we have included a small portion of Bureau of Land Management land adjacent to the Forest.” Douglas summed up the attributes of the Mount Moriah Wilderness with a quote from the author John Hart: “on the rounded peaks, more than on any other Great Basin peak, you have the sensation not just of height, but of deep remoteness, of immersion in wilderness. The North Snake is broad and primitive ; the arid valley floors are a long way off and a long way down.” 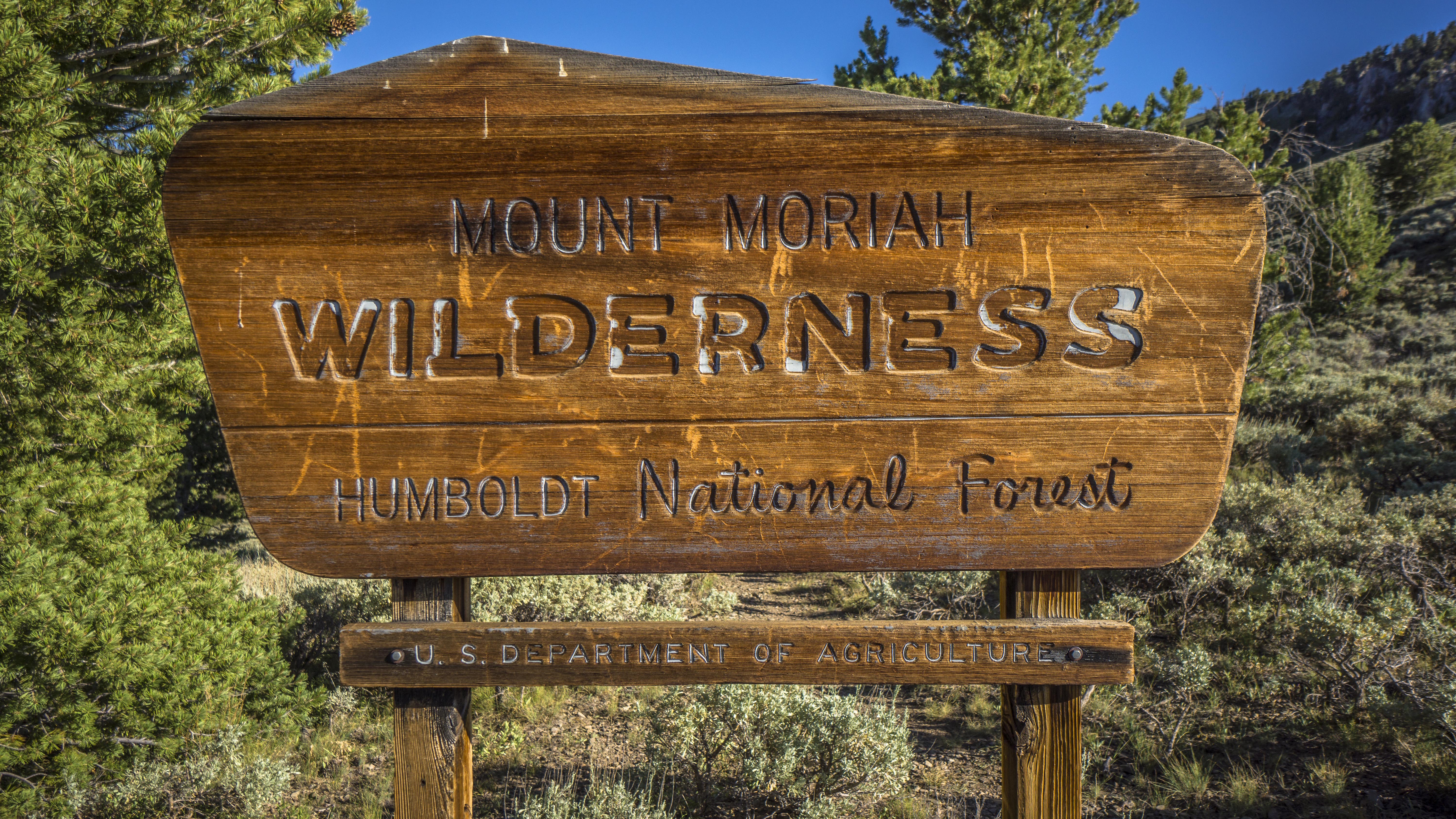 History of the USDA Wildlife Services

The Wildlife Services was established in 1885 as a branch of the United States Department of Agriculture, during a time when the department was just beginning address issues on Western public lands caused by trespass and commercial interests like logging and livestock operations. The Wildlife Service specializes in killing wild animals that threaten livestock— especially predators such as coyotes, wolves, and cougars. This was a mandate that fit hand-in-glove with the nascent USFS alliance with landowner-commercial ranchers to drive itinerant grazers (who used shepherds and dogs to protect livestock) off public lands. This effectively created a subsidized-pasture of public lands for the benefit of commercial landowner-livestock operators at the expense of the America public. Not only does the Wildlife Service use US tax dollars to slaughter predators in the most inhuman ways, many of the mechanisms indiscriminately kill a wide diversity of non-targeted wildlife species and domestic pets. The Wildlife Service also uses public dollars to compensate operators for any livestock loses to predators or to suspected predator losses. As the importance of intact ecological systems become increasingly important with the environmental problems of the 21st century, perhaps it is time to revaluate the relevance of the 19th century USDA Wildlife Services mission to subsidize commercial livestock operations on public lands. 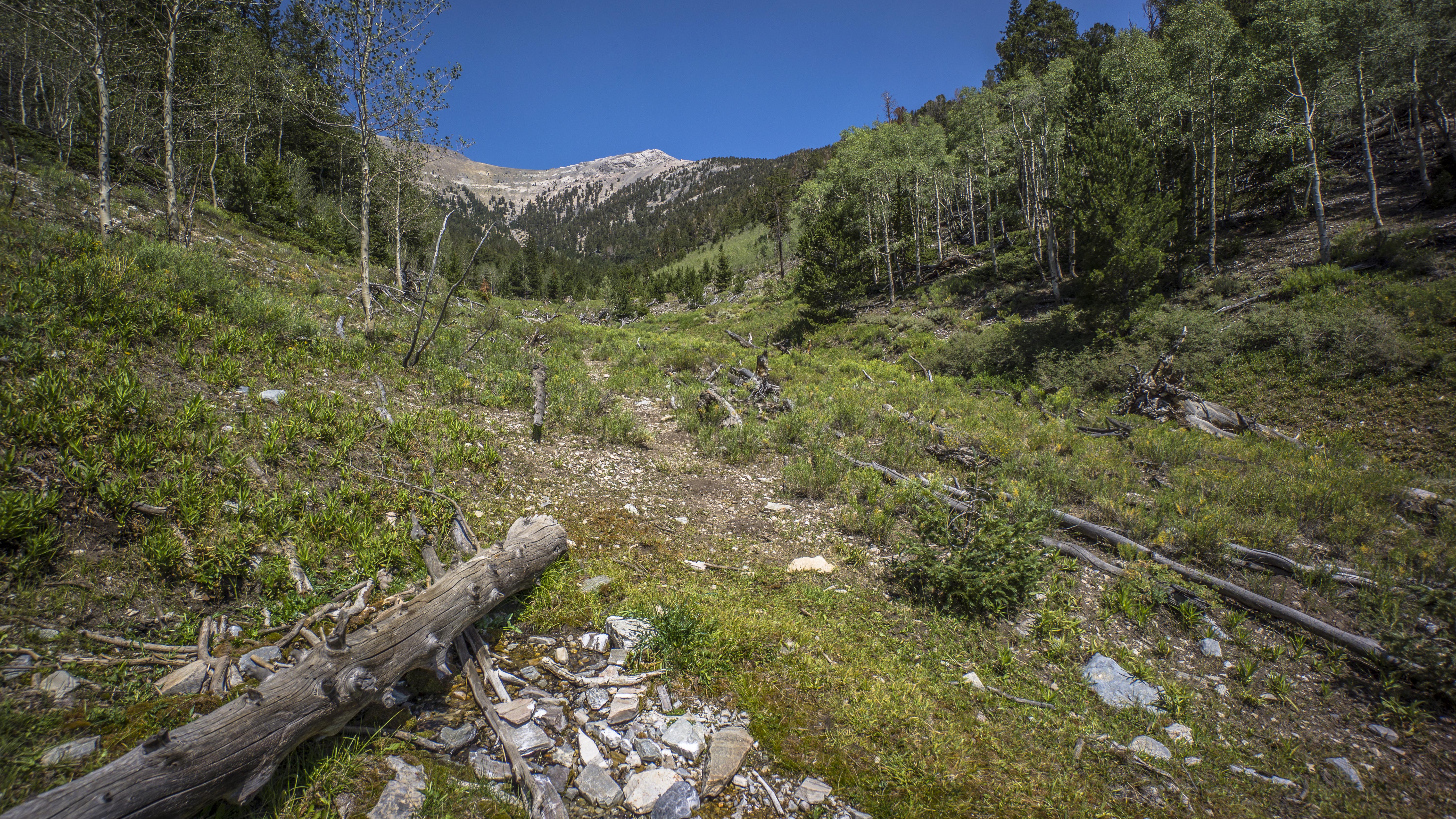