The archaeological record for the Jarbidge Mountains is sparse. Undoubtedly, Jarbidge is part of 14,000 year old history of Native Americans in Nevada. The most studied site in the region is Deer Creek Cave. The archaeological evidence from the cave suggests that this area has a rather deep history of human occupation, dating back to before the most recent warming trend began 6,000 years ago. The earliest human occupants fed on marten and pika, which both became extinct at that time. Bighorn sheep remains and a possible bison bone fragment indicate a shift in diet after that time. The Jarbidge Mountains have been occupied and utilized by native people continually, as is evidenced by the name “Jarbidge” itself. “Jarbidge” is a rather unfortunate anglicization of the Shoshone language, which has also been historically documented as sounding like “tsaw-haw-bits” or “ja-ha-bich.” The name Jarbidge translates from the Shoshone word meaning "monster that lurks in the canyon" or "weird beastly creature." According to legend, Shoshone warriors chased this creature into a cave in the present Jarbidge Canyon and trapped it inside with rocks and boulders. 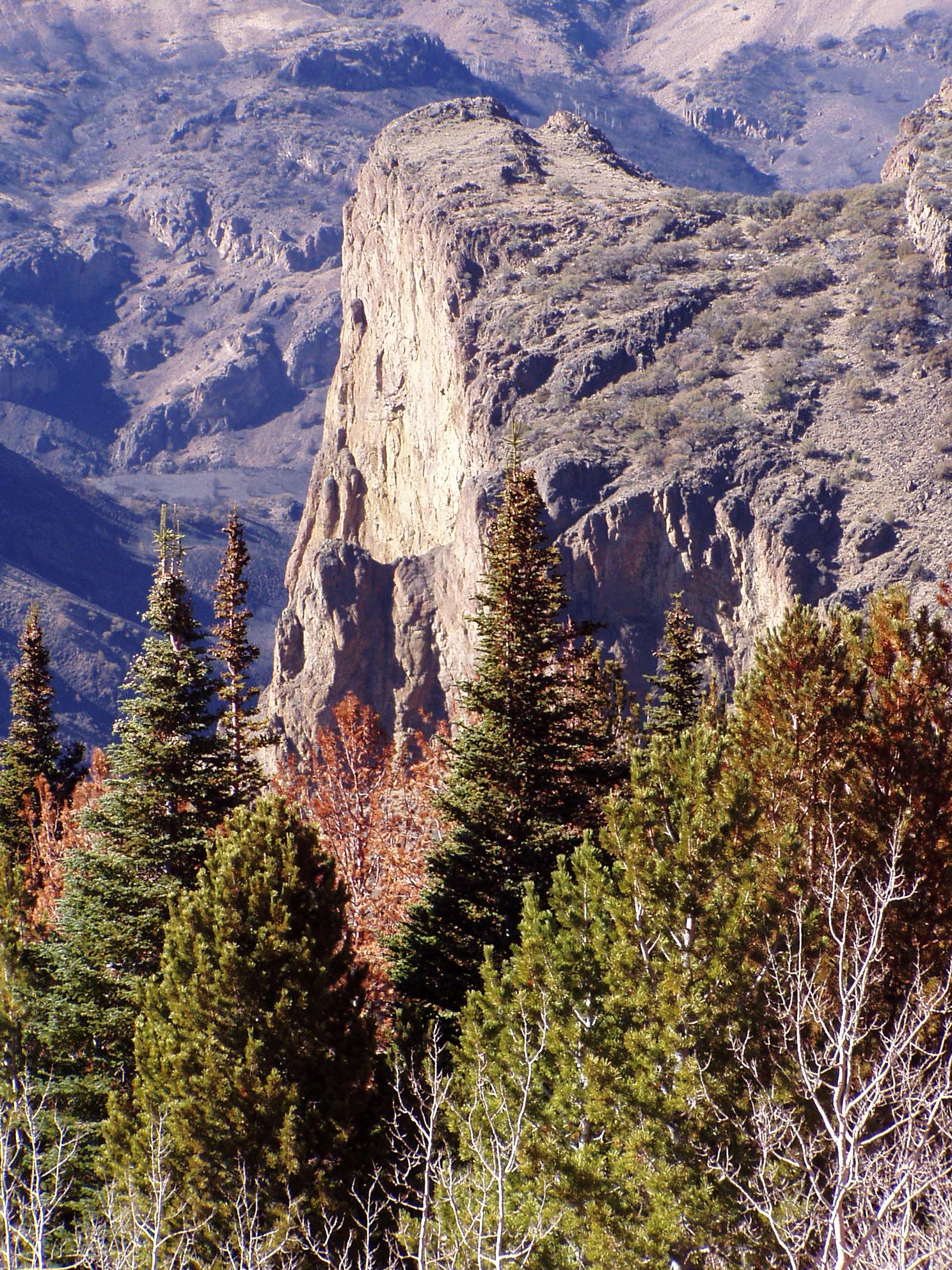 It is highly possible that fur traders may have entered and explored the Jarbidge Mountain in the early 19th century, however there are no surviving records (see the Additional Resources tab for information on the exploration and naming of the Owyhee River).

Around the turn of the century, the forests in Northeastern Nevada were in poor shape. Fueled by the transcontinental railroad and accessibility to eastern markets, the cattle industry had exploded through the last quarter of the 19th century. Adding to the deterioration of the range by beef cattle operations, in 1900 approximately a half million migrant sheep were being run down into Northeastern Nevada from Idaho. All the livestock and wildlife were suffering. Nevada cattle ranchers targeted the migrant sheep operations as the culprits in this range destruction. To accomplish their ends and avoid a range “war”, the Nevada cattle ranchers petitioned to the Ogden Regional Office to request the Forest to consider creating Forest Reserves in northeastern Nevada. The Forest Service acted quickly and established Nevada’s first protected Forest, the Ruby Mountains Forest Reserve, in the spring of 1906. An amendment to the Agriculture Appropriations Act of 1907 changed the name of the “Forest Reserves” to “National Forests. In July of 1908, the Humboldt National Forest was formed through the consolidation of the Ruby and Independence Forests, with the addition of lands in the Jarbidge Mountains.

The area attained wide-ranging importance with the 1909 discovery of gold and silver along the Jarbidge River just north of the present day Wilderness. The ensuing Gold rush inflated the population in the gold camps to 1500 people in 1910. In 1919, 1920, and 1921 Jarbidge produced more gold that any other Nevada gold camp.

In 1958, The Humboldt National Forest designated 64,667 acres of the highest peaks with the Jarbidge Mountains as the Jarbidge Wild area. With the passage of the Wilderness Act in 1964, this area became Nevada’s First designated Wilderness area. The Nevada Wilderness Protection Act of 1989 added another 48,500 acres and brought the total wilderness protection up to its present size of 113,167 acres. 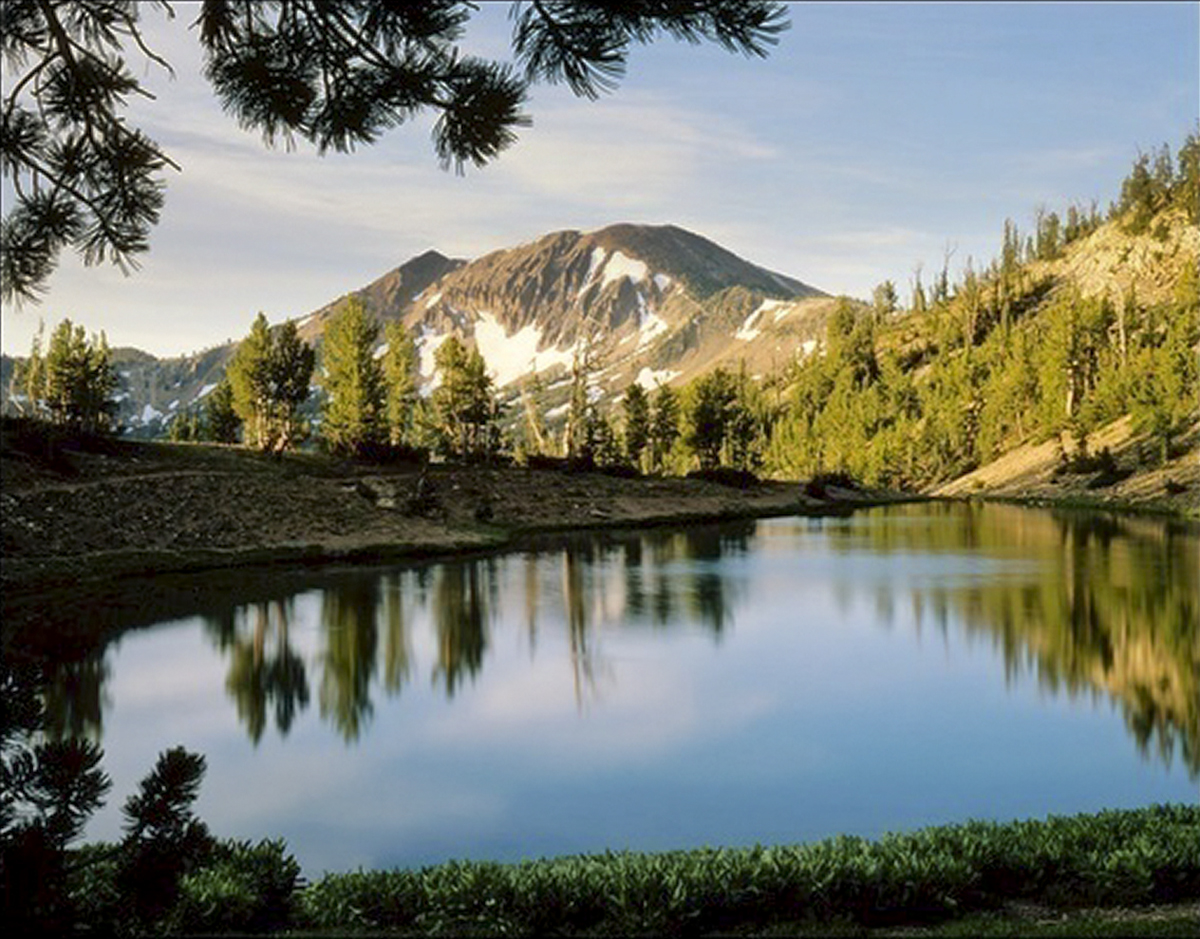 Geology
The Jarbidge Wilderness straddles the edge of the Great Basin both geologically and geographically. Waters from the west, south, north, and eastern portions of the Wilderness drain to the Snake/Columbia Rivers system via the Bruneau River, Jarbidge River, the Salmon Falls Creek systems. Only waters in the southeastern portion of the area drain into the Mary’s River system and eventually finds their way into heart of the Great Basin at the Humboldt Sink.

Geologically, the dramatic mountains and canyons of the Jarbidge Wilderness were formed by the same stretching, faulting, and thrusting processes that characterize the basin and range landscape of the Great Basin. Tertiary volcanic rocks and rhyolitic rocks comprise the bulk of the Jarbidge Wilderness. Many of these ancient sediments were metamorphosed into quartzite reefs and altered limestones by granitic intrusions, evident as dikes and sills that pierced through the Paleozoic rocks about 100 million years ago. In the early days, the north end of Jarbidge Mountains, from Sawmill Ridge southward to Cougar Peak, Jarbidge Peak, and Jumbo Peak, was named “Crater Mountain.” This moniker was falsely attributed to this area because of the resemblance of the high glacial cirques on the north and eastern slopes of these mountains to “craters.” Immediately north of Jarbidge, the rhythm of mountains and basins abruptly ends. The broad, lava plateaus of the Snake River Plain stretch into the hazy distance before the pale outline of distant mountains rise on the horizon.

Before the last ice age, the highest peaks of the Jarbidge mountains may have been a broad dome 1000 feet higher than the present mountains. Erosion and glaciation during the last ice age removed the highest portions of these mountains, leaving behind rugged alpine peaks deeply divided by steep canyons, some of which plunge to 4000 feet deep. The high alpine terrain of the Jarbidge Wilderness protects fragile meadows and hidden pocket lakes; a living legacy of the recent retreat of mountain-top glaciers from Nevada.

Wildlife
Although more than 120 miles from the Idaho’s Sawtooth National Forest, Jarbidge is the closest Nevada Wilderness to the Northern Rockies ecosystem. As a result the flora and fauna of Jarbidge reflects a crossroads between Great Basin species and Rocky Mountain species. A fossilized pine marten was discovered in the Jarbidge, which indicates that in the Pleistocene past, continuous forests may have once connected Jarbidge with the Northern Rocky ecosystem. The extant Rosy Finch is believed to be another species that has colonized Jarbidge from the distant Rocky Mountain ecosystem.

Elk (Cervus elaphus) are native to northeastern Nevada, but were extirpated by the early 1900s. Reintroduction of 93 elk from Colorado, Oregon, and Utah into Jarbidge was initiated in the winters 1990, 1991, and 1995. Today, the area supports about 1,300 elk. Currently black bears, which were also extirpated from Nevada in the early 20th century, are recolonizing much of their former range. Black bear have been reported as far east as Ely. Soon, backcountry users in Jarbidge might find a black bear rooting through a mountain meadow.

Fishing, too, in Jarbidge is excellent. Rainbow and brook trout can be found in most of the creeks and rivers including Jarbidge River, Canyon Creek and Slide Creek. Red band and bull trout, both sensitive species, reside in Slide Creek, Fall Creek, Pine Creek, and the East Fork of the Jarbidge River. Mary’s River drainages support threatened Lahontan cutthroat trout. Jarbidge Lake is too shallow to support fish, however, Emerald Lake has a healthy population of brook trout.

Trees and Plants
A variety of trees are found in Jarbidge. Subalpine fir, whitebark pine, limber pine, cottonwoods, aspens mountain mahogany, and juniper dot the landscape. Flowers abound throughout the Wilderness with over 40 species finding homes in diverse habitats ranging from narrow, well-watered canyon floors, through sprawling upper slopes and meadows, to the severe conditions associated with the alpine summits.