Archaeological evidence shows Native Americans have lived and thrived in the shadow of the Snake Range since the end of the Pleistocene. Just how often they visited and utilized the resources of the Highland Ridge area over these intervening 14,000 years cannot be definitively known. But what is clear, for anyone who is blessed to live within the view-shed of a magnificent mountain, is the profound emotional and psychological impact of having a towering summits of the South Snake Range as part of you daily activities. Watching the play of light from sunrise to sunset, the rotation of the stars, and the march of seasons up and down the mountain creates a sense of place and connection like no other.

Ethnohistorical and ethnographic evidence shows that the ancestors of the Shoshone/Goshute have traditionally used the South Snake Range for countless generations, and continued to utilize the area for subsistence needs and cultural purposes ever since they they were forcibly removed from the area. The first recorded EuroAmerican expedition to the South Snake Range in 1855 documented Native Americans in the area and even in the vicinity of the highest summit The early maps of the South Snake Range show the area surrounded by “Indian Rancharias” or settlements. In 1938, Julian Stewart documented more that a dozen Shoshone/Goshute village sites in the Spring Valley west and north of the future of the range,and a few in the Snake Valley to the east. The entire area is considered sacred by the Shoshone/Goshute people and is integral to the stories of their ancestors, history, and present life ways.

Jedediah Smith was the first Euro American to document the Snake Range when he crossed over what would become know of as Sacramento Pass in 1827. The South Snake Range comes into Euro American focus in the year 1855. In early 1855, Edward Steptoe, following orders to find a possible railroad route from Salt Lake City to Sacramento, headed west, south of the Great Salt Lake, and discovered the easy grades required for a railroad crossing to California abruptly ended at the distant high and rocky walls of what will become known as the Goshute and Snake Ranges. On June 3, 1855, Ezra Granger Williams, on an exploration mission for the Mormons, decided to climb the highest peak in the South Snake Range from Snake Creek on the east side. The evening before the climb, Williams, his men and their Native guide, Nioquitch, were visited by Native Americans. The day they approached the mountain for the climb they encountered additional Native Peoples and invited them to join their camp. About half way to the top, two of their party gave out and returned to camp. The rest of the party continued the climb. Well above the treeline and near the summit they found a Native American woman, who, initially frightened was put to ease by Williams’ native guide. In September of 1855, after growing weary of driving cattle from Utah to California along the established circuitous route of the Humboldt River, Howard Egan pioneered a new, shorter route through Central Nevada which would become know as the Egan Trail. In mid-year of 1858, a Mormon exploration party led by Orson B. Adams, turned northwest along the eastern base of the South Snake Range. This expedition explored and blazed a wagon trail from Utah, over Sacramento Pass, across the Spring Valley, over the Schell Creek Range, and into the Steptoe Valley, as a possible escape contingency for the Mormons of Utah as the US Government Utah Expedition was setting out for Salt Lake City to quash a believed pending Mormon insurrection. During the last half of the 19th century, many of the ranching homesteads and settlements around the South Snake Range were established by Mormons from Salt Lake City. 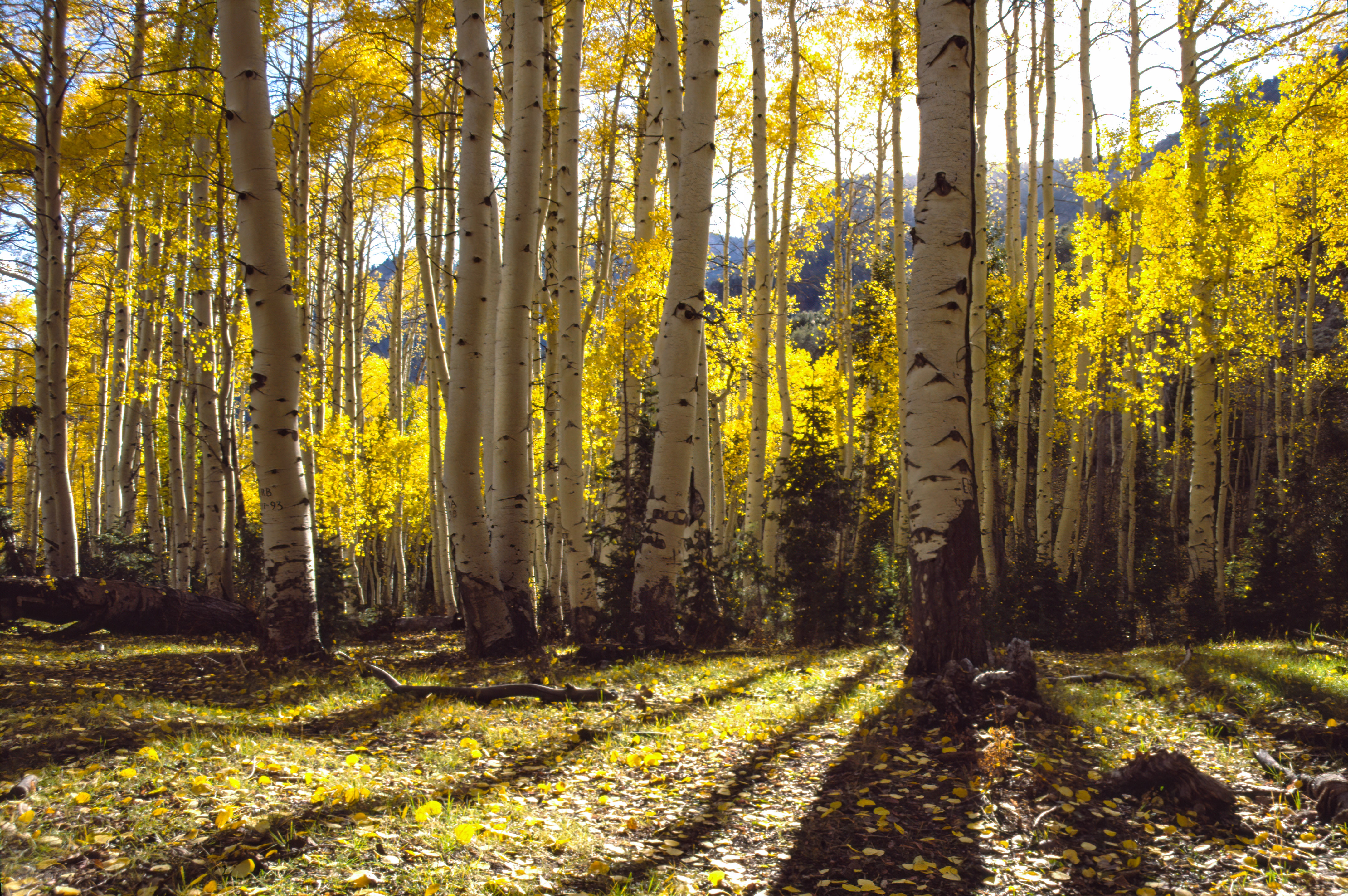 Geology
The majority of the rocks in the Highland Ridge Wilderness were formed of sediments like sand, mud, and silt and clay particles mixed with calcium carbonate. Deposited at the bottom of a shallow sea during the late Precambrian age and Cambrian period (around 560 million years ago), these rocks were broken, shuffled, and stacked by the Sevier Orogeny, a mountain-building event dating to about 200 million years ago. This event was also associated granitic intrusions which cooked or metamorphosed some of these sediments into the erosion-resistant quartzite and low-grade marble that make up the highest Peaks of the South Snake Range today. More recent extensional and block faulting rotated many of this rocks more than 10,000 feet above sea level. The Highland Ridge Wilderness tells intriguing stories of this convoluted geologic history to explorers willing to meet this land on its own terms.

Wildlife
Highland Ridge Willerness shares many of the diverse species with Great Basin National Park. Most of the Wilderness consists of long canyons and ridgelines sloping toward the south and creating a 5,000-foot gradient of microclimates that provide a critical ladder of migration for wildlife to find winter habitat from 6000 feet up to 11,000 feet. The limestone nature of the area means that most of the drainages are dry and exhibit water only as occasional springs.  The exceptions  are upper John's Wash and Chokecherry Creek featuring sheltering stands groves of aspen and riparian habitat under towering canyon walls. Jackrabbits, pygmy rabbits, mountain cottontails, ground squirrels, chipmunks, and mice live in the low-elevation sagebrush desert along with occasional pronghorns, coyotes, kit foxes, and badgers. In middle elevation rugged ridges and mountain slopes cougars, bobcats, marmots, rock squirrels, and bighorn sheep appear. Additional resident or migrator wildlife includes elk, mule deer, spotted skunks, shrews, ringtail cats, and ermine. All told, 61 pecies of mammals, 18 species of reptiles and 238 species of birds may be resident or transient visitors to the Highland Ridge Wilderness.

Trees
The South Snake Range and surrounding valleys support eleven species of trees and over 800 species of plants. Many of these can be found in Highland Ridge Wilderness. The southernmost part is dominated by sagebrush, saltbush, single-leaf pinyon, and utah Utah juniper. Middle elevations bring occasional meadows with stunning wildflower displays, white fir, Engleman spruce, quaking aspen, and an occasional ponderosa pine into the mix. At the higest elevation, near the tree line, the Great Basin bristlecone pine tree makes an appearance. 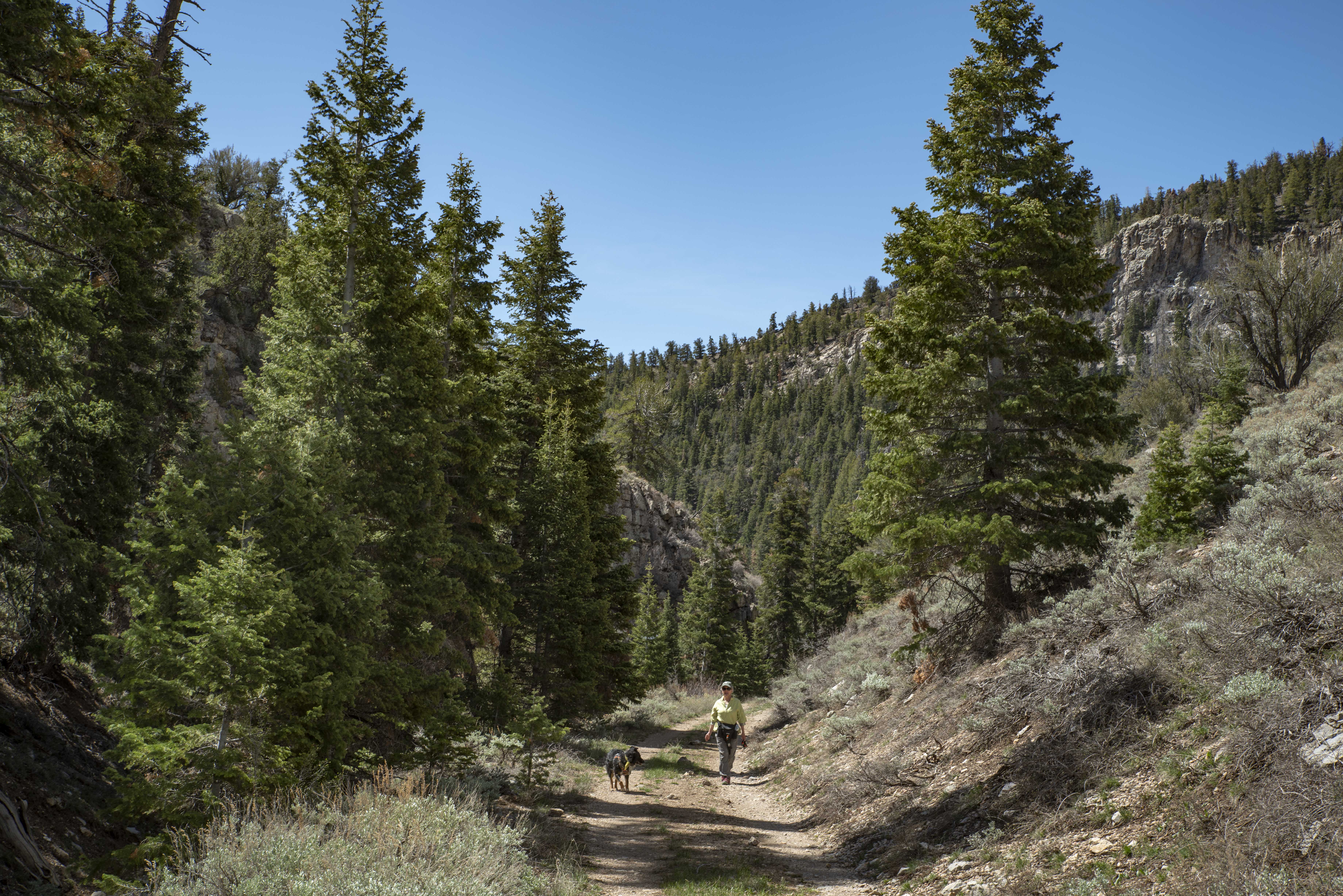