The South Snake Range has been an important focus for conservation protections since the turn of the 20th century with the formation of the Osceola Forest Reserve in 1906. The first recognition of the unique natural resources of the South Snake Range was with the creation of Lehman Caves National Monument in 1922. From 1922 until 1933 Lehman Caves National Monument was managed by the Forest Service until FDR’s Executive Order 6166, transferred all National Monuments to the National Park Service in the Department of the Interior. Interest in conservation protections for the remainder to the South Snake Range gained momentum in the early 1950s when Nevada Senators Alan Bible and Howard Cannon proposed creating a National Park with the support of the White Pine Chamber of Commerce.

Marge Sill (founding member of Friends of Nevada Wilderness and affectionately known as “The Mother of Nevada Wilderness”) and her husband Richard Sill first visited the South Snake Range in 1953. In her testimony before the 1985 Congressional Hearing for Nevada Wilderness, Marge Sill stated: “Wilderness, to me, is a very important thing. When I first visited Nevada and the Wheeler Peak area in the fall of 1953, which, on computation, is 32 years ago, I fell in love with it. This was an area—and I’d been used to California wil­derness areas— but this was unique. And I still have the feeling that Nevada wilderness is unique. It is [almost entirely] unrepresented… in the Na­tional Wilderness System. I consider wilderness an investment in the future.”

The Sills became advocates for protection of the South Snake Range in the mid 1950s. An August 1956 Desert Magazine article describes how Weldon Heald and Albert Marshall’s trip to Wheeler provoked a renewed interest in the South Snake Range: “many civic groups in Nevada are lending their support to the proposal that the Snake Range and Wheeler Peak become Nevada’s first national park.” The idea of a Great Basin National Park would become stalled for for 30 years. Richard Sill’s correspondence with Weldon Heald from the mid 1950s expressed his frustration with the US Forest Service resistance to protection of the range, particularly by opposing the creation of a National Park.

In 1959, the US Forest Service derailed the campaign to create a National Park by creating a 28,000-acre administrative “Wheeler Peak Scenic Area” in the heart of the proposed park. In a July 1959 Desert Magazine article, Weldon Heald emphasized this US Forest Service opposition to National Park conservation in the South Snake Range, noting the opposition “by the Forest Service, which recently countered the park proposal with a Wheeler Peak Scenic Area.” In the April, 1959 National Parks Magazine article, Darwin Lambert provided details to the conflicts of interest between National Park administration and the Forest Service intended use. The US Forest Service intended that within the Wheeler Peak Scenic Area,
"multiple-use forestry" will be carried on as before and that "recreation resources . . . will undergo an expanded development program” . . . Great Basin National Park Association, while welcoming additional recognition of scenic values, has protested two of the development plans—"a two-way road up Lehman Creek to Stella Lake, camping and picnicking facilities near the lake . . ." and "resorts, cabin camps, summer homes, and commercial enterprises . . . adjacent to the new Wheeler Peak Scenic Area"— (but within the proposed national park). The Nevada State Board of Economic Development on February 21 joined the association in urging that these two plans be abandoned in view of the active, nation-wide movement for establishment of the national park in the area.

Fortunately, the commercial development and privatization of the public lands adjacent to the Wheeler Peak Scenic Area were never subjected to the degradation of the US Forest Service vision for “multiple-use forestry.” Despite the strong opposition to the two-way road from Lehman Creek to Stella Lake, the Forest Service pushed forward with project and started construction in 1965. Richard and Marge Sill were heart broken, as were many other conservationist and Wilderness activists. Howard Booth eloquently spoke of the negative impact the two-way road had on opportunities for Wilderness recreation in his 1985 testimony before Congress for the Nevada Wilderness Bill:
I have hiked portions of this area several times in the past 20 years. I well remember climbing Wheeler Peak, at 13,000 feet elevation the highest mountain totally within Nevada, in the days prior to the extension of a road to the present trailhead at 10,000 feet. In those days one generally backpacked upward from a point 3000 feet lower and several miles more distant than the "new" road's end. Whatever values are ascribed to this road, I know its construction has sadly tarnished the adventure of climbing Wheeler. No new generations can experience the challenge to that old pitch of intensity.

The timing of this road construction may not have been coincidental. The 1964 Wilderness Act gave the Forest Service a tool to permanently protect wild lands from “multiple-use” development. The road being constructed within portions of the Wheeler Peak Scenic Area would forever prevent this area from being considered for Wilderness designation.

The passage of the Wilderness Act, however, did force the US Forest Service to evaluate roadless areas for potential Wilderness consideration. This task was not embraced with enthusiasm by the various National Forest in Nevada. After an initial inventory of the South Snake Range, the Forest service found 144,498 acres as being roadless. As early as 1972, Nevada conservationists and Wilderness advocates were proposing nearly 175,000 acres of the South Snake Range as suitable for Wilderness designation. By 1979, the second US Forest Service Roadless Area Review and Evaluation (RARE II) had narrowed in on two potential wilderness areas for “further planning:” Wheeler Peak (61,919 acres) and Highland Ridge (76,017 acres). Despite being a contiguous roadless area of 137,936 acres, these two areas were looked at independently by the Forest Service instead of as a single unit like the conservationist and wilderness advocates described it. By the mid 1980s, the Highland Ridge portion of the Roadless Area had been found not suitable for wilderness in the Forest Service management plan and the name of the northern portion was changed from Wheeler Peak to Bristlecone Recommended Wilderness Area (first described as 51,700 acres and later expanded to 60,151 acres). Approximately half of the Bristlecone Recommended Wilderness included the 1958 Wheeler Peak Scenic Area. In the October 1985 Congressional Hearing for the Nevada Wilderness Bill (H.R. 3302 and H.R. 3304), Friends of Nevada Wilderness, representing a wide coalition of conservationist from Nevada, supported these two bills and Wilderness designation for the 120,000-acre “Mt. Wheeler/Highland Ridge.” Geneva S. Douglas, chair of Friends of Nevada Wilderness, gave the following origin story of Nevada’s homegrown Wilderness advocacy in her testimony before Congress:
Friends of Nevada Wilderness originated when many Nevadans who, like me, are not normally environmental activists became alarmed at statements being made by public officials and mining and ranching interests that Nevadans didn't want wilderness. The only voice we heard in opposition to these anti-wilderness statements was that of the Sierra Club. When we learned that your distinguished Committee was making plans for your field trip to Nevada's proposed wilderness areas we offered our help in the hope that our voices could also be heard. We came together as a group of organizations and individuals who care about what Congressman Reid called “the crown jewels Nevada’s heritage,” who are willing to donate our funds, materials, time, and labor to provide public education and information on the concept of wilderness and its value to individuals and society, and who want our concern for Nevada's "crown jewels” to be heard by the legislators who will decide their fate.

One of the speakers in opposition to the two Nevada House Wilderness bills was the US Forest Service represented by Douglas W. MacCleery, Deputy Assistant Secretary, U.S. Department of Agriculture:
Although the proposed acreages are somewhat different, we would not oppose the designa­tion of any of these areas as wilderness if kept within our recommendations. The South Snake (Wheeler Peak) proposal is listed in H.R. 3302, H.R. 3304, and the draft Forest Plans. The two bills propose a much expanded area compared to the draft Forest Plans. We recommend that the proposal for this area be reduced in size to conform to the draft Forest Plan recommendations. [It is obvious the the moniker for the Bristlecone Recommended Wilderness did not move forward beyond the Forest Service Management Plan.] 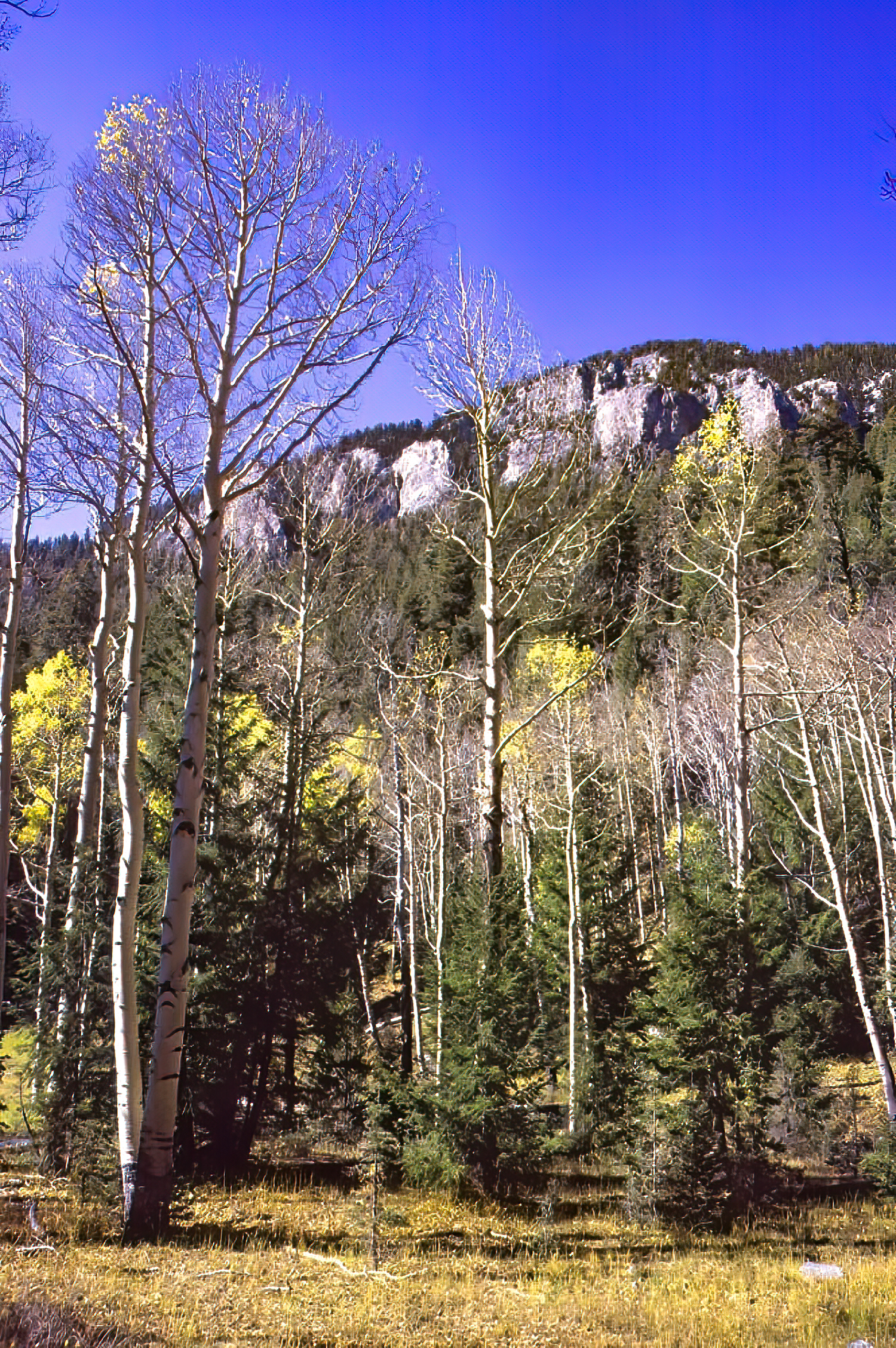 The Great Basin National Park Act of October 27, 1986 created the 77,180-acre park including most of the lands of the Wheeler Peak (aka Bristlecone) Recommended Wilderness. With this Act, the land management of these acres were transferred from the Department of Agriculture to the National Park Service within the Department of the Interior. With the most iconic portion of the range transferred to the Park Service, efforts to establish Wilderness in the South Snake Range would be squashed for 20 years. As the Nevada Wilderness Bill wound its way through Congress in the late 1980s, the opposition to wilderness established a “wilderness acreage cap” for the bill. Conservations began to scramble and had to create a triage strategy, dropping poorly known Nevada potential wilderness areas in favor of more popular areas that could better rally support. Highland Ridge Recommended Wilderness was left behind. 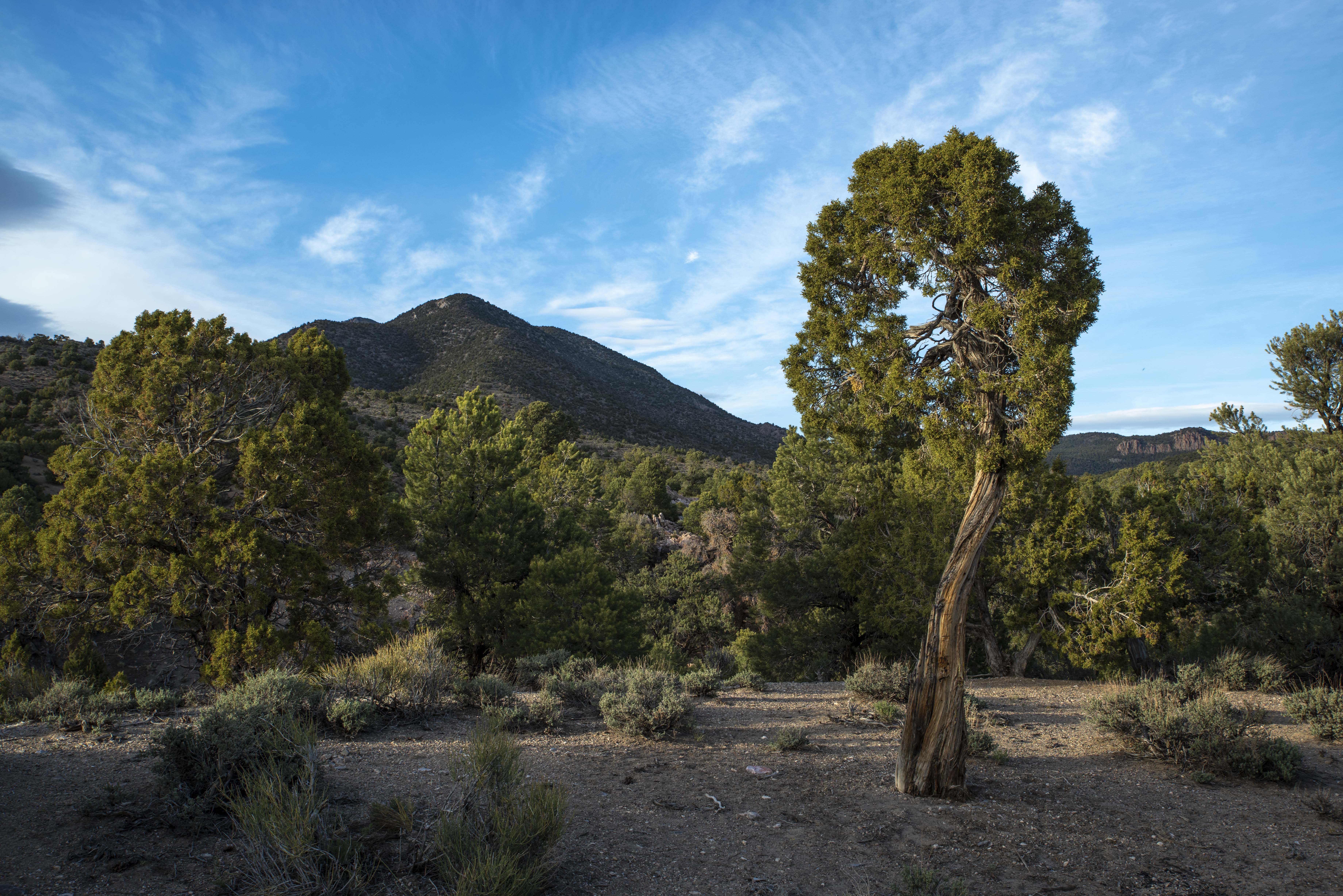 In mid 2004, the Lincoln County portion of the Citizens’ Wilderness Proposal was introduced in Congress as the Lincoln County Conservation, Recreation and Development Act of 2004. This act was passed into law on November 30th, 2004. The White Pine County Wilderness Proposal began to get traction in early 2005. Marge Sill, once again testified on behalf an area that meant so much for her: “I love White Pine County. “It’s the first rural county I encountered when I came to Nevada in 1953, and it’s one of the most beautiful. To me, White Pine County is the epitome of what is magnificent in Nevada.” Pam White continued her advocacy work in Ely— “Minimizing new roads, providing wildlife habitat and protecting our watersheds are essential to the future. Wilderness is the best answer for a healthy future which will maintain the current rural quality of life in eastern Nevada.” Tragedy struck the Nevada Wilderness Coalition and Friends of Nevada Wilderness family in September 2005 when Pam White died in a single vehicle accident.

The 2006 White Pine Conservation Act also transferred all of the remaining US Forest Service managed lands in the South Snake Range to BLM management. This was done because, after the creation of Great Basin National Park, the Snake Range was under management of three different agencies under two different Departments. The 2006 bill simplified the management of the entire South Snake Range by placing it all under the Department of the Interior. As of 2022, 16 years after the transfer of these lands, most maps, including state atlases, Google Earth, and GPS data bases still mis-identify these South Snake lands as under US Forest Service Management. 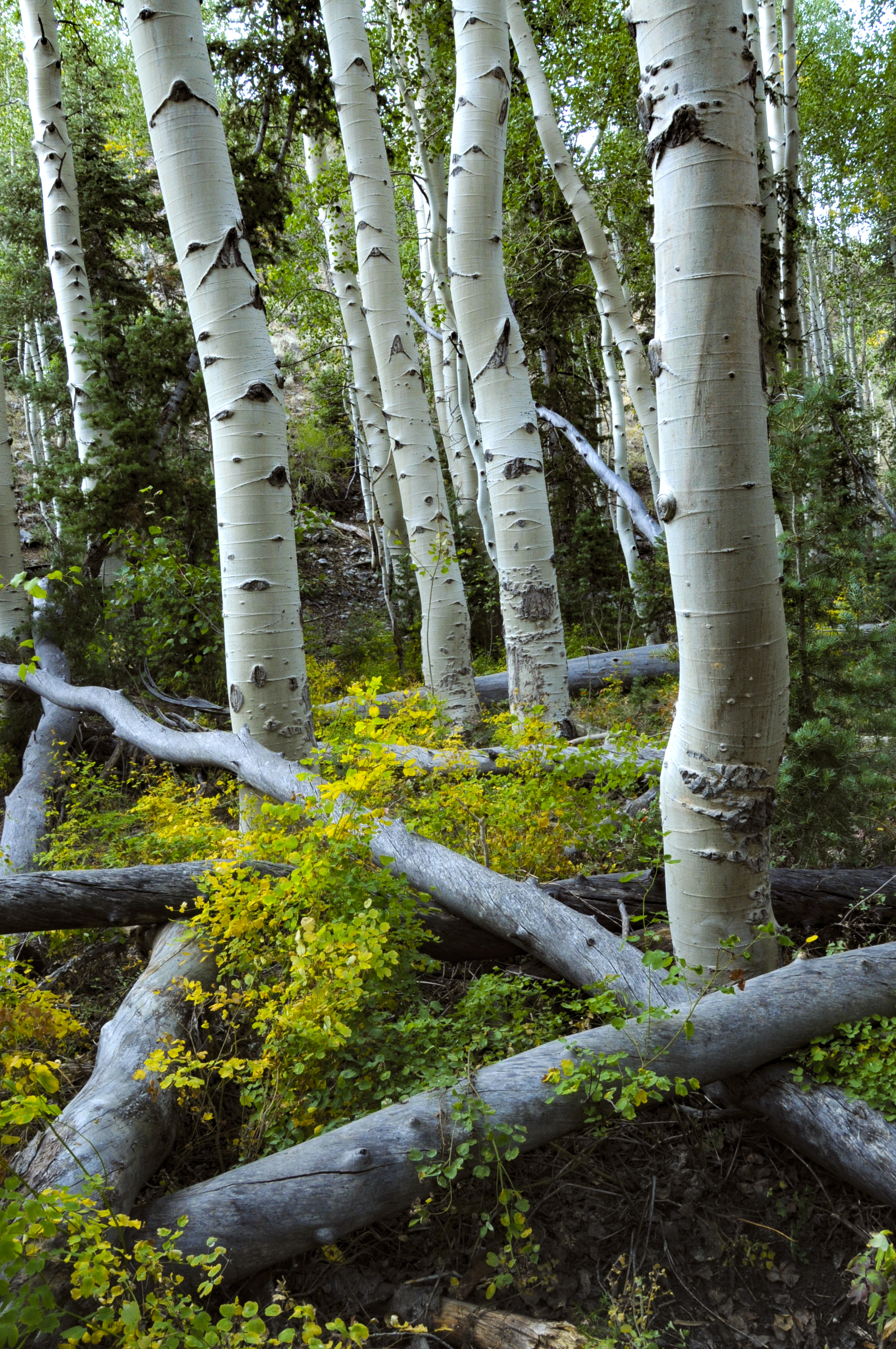 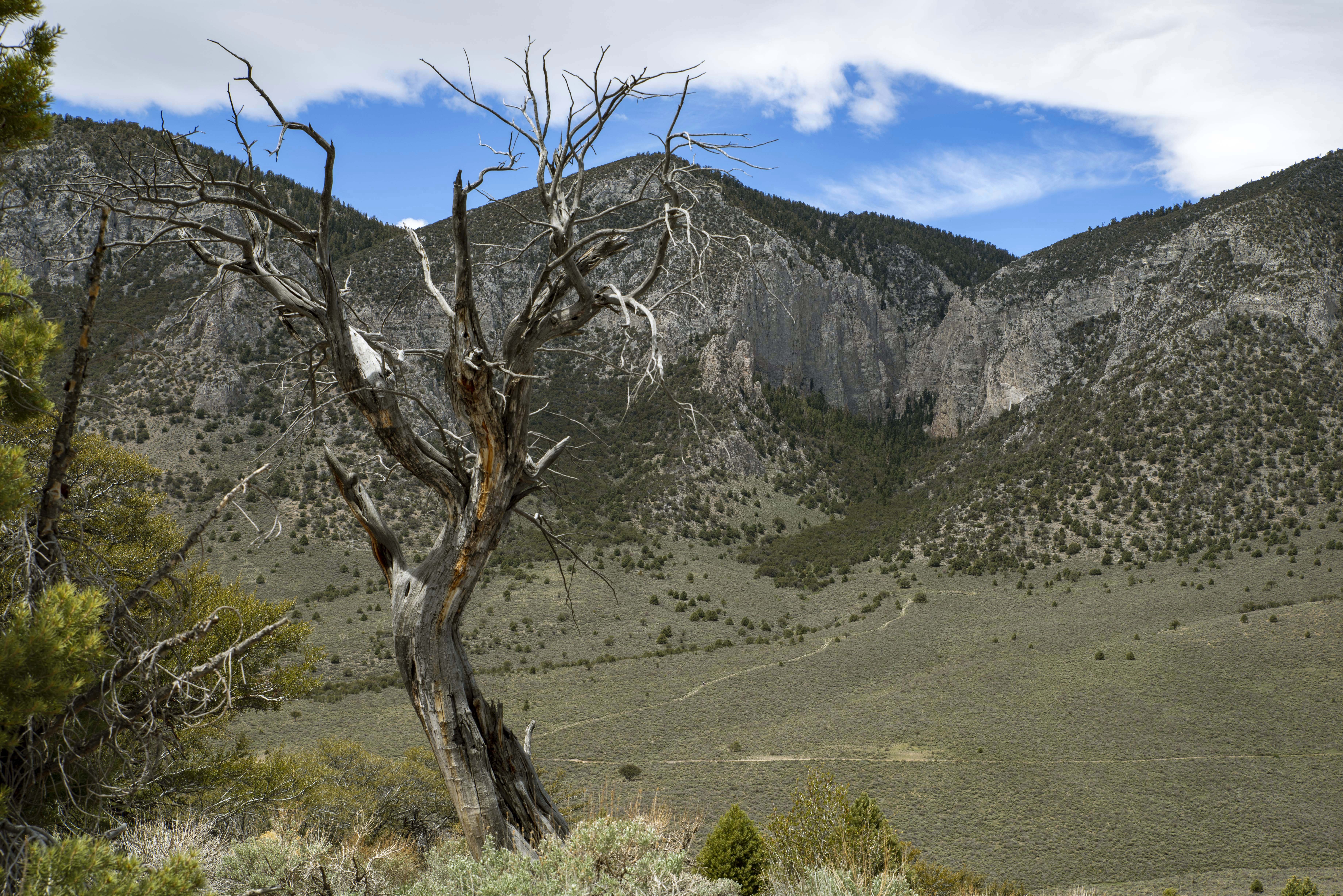 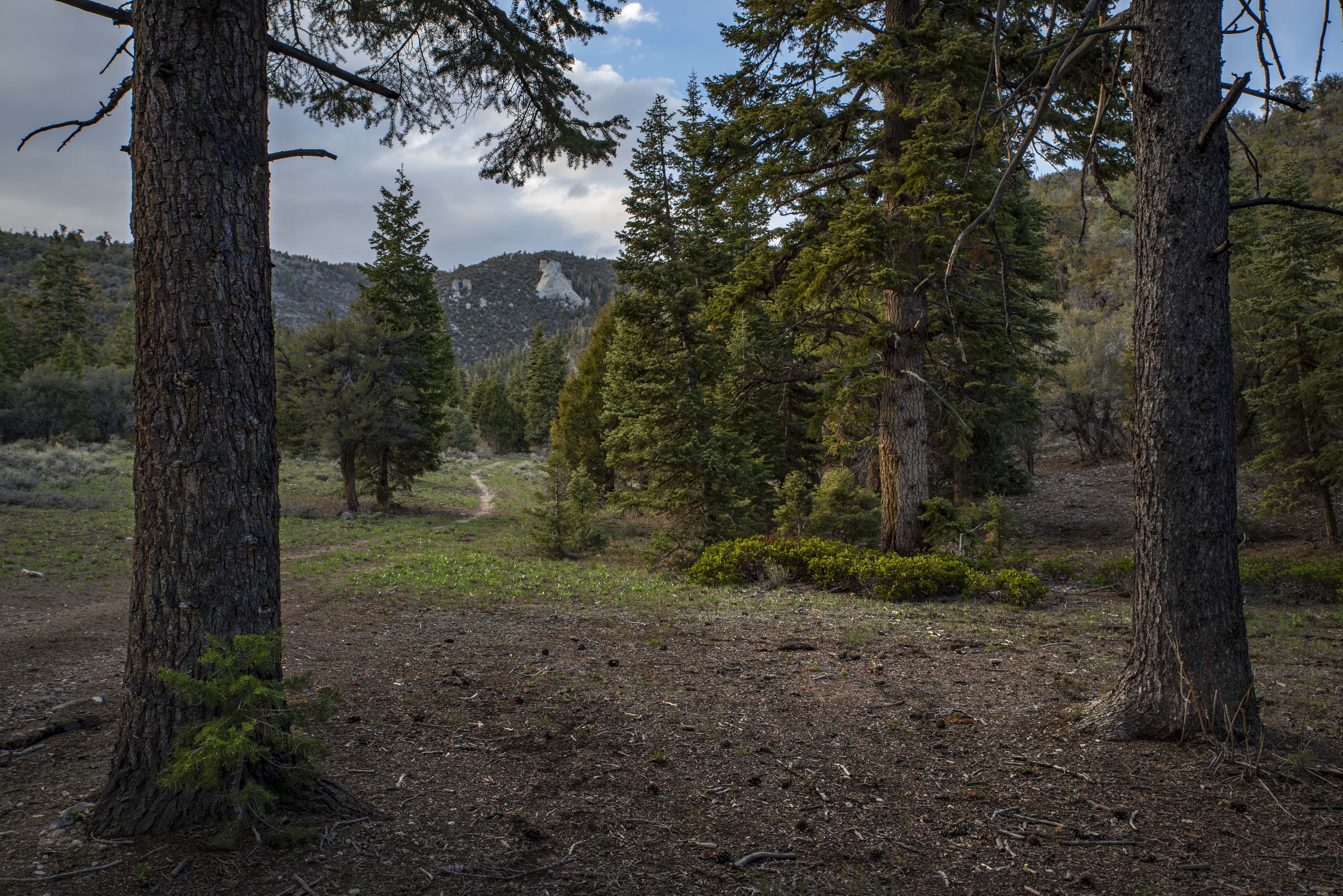