Fandango; Origin of a Placename

There is no clear indicator of the origin of the name for Fandango Wilderness Study Area, aside from the obvious connection with the geographic place names within the northern portion of the area. Four “Fandango” names are associated with landmarks in the vicinity of Little Cow Canyon of the Hot Creek Mountains- (from lowest to highest and north to south): Lower Fandango Spring (8,100 ft), Lower Fandango (peak 8,840 ft), Big Fandango (peak 9,600 ft), and Little Fandango (peak 9,600 ft). How these names were attached to the landscape will be examined below.

The word Fandango originated in Spain in the early 1700s to describe a style of dancing that utilized rhythmic, repetitive music and syncopated dance steps utilizing castanets. This style of folk dancing was created as a counter-point to the highly stylized courtly dances of the period. From its origins, the fandango dances of the middle and lower classes were looked down on by the social elite as a dance lacking in the values, structure, and morals of the upper class. The Fandango style of dancing spread to the Spanish American colonies where it was adopted and modified by the colonized indigenous peoples to express their own cultural traditions. In the Americas, “Fandango” came to refer to any social dance event, especially those practiced by indigenous or mixed race people.

By the time the Little Fish Lake Valley and the Hot Creek Mountain began attracting the attention of EuroAmerican miners and ranchers, the term “fandango” had acquired a very specific Nevada context. Newspapers from the later 19th century throughout northern Nevada repeatedly use the term fandango as a descriptor and synonym for Native American gatherings of a multitude of purposes:

“The Piutes [sic] are holding a grand fandango… it is a very interesting as well as strange and peculiar entertainment; a melodeon is nothing to it.” [A melodeon is a diatonic push button accordion.] “Here are gathered the people of the tribe from Walker river, the Carson, Truckee and other localities.” The article describes aspects of this Fandango as a “war dance,” a feast consisting of “pine nut pudding, fish hash grasshopper mush baked mule stewed rabbit, roast mustang,” and a social dance that lasts “all night, or till a very late hour.” “This fandango is equal to a circus.” Gold Hill Daily News, June 24, 1870.

A gathering of Paiute and Washoe people at Walker Lake described as a “grand fandango.” -Virginia City Territorial Enterprise, March 15, 1877

A gathering “at Carson” wherein Washoe and Paiute people “congregate from all parts and have a big time. Then they go to gather pine nuts.” -Virginia City Territorial Enterprise, August 19, 1877

A “fandango and council” at the Humboldt Sink for Northern Nevada Paiute and Shoshone to “state their grievances.” -Eureka Daily Sentinel August 15, 1879

A “war dance at the Shoshone fandango near town did not come off Thursday night as billed.” -Eureka Daily Sentinel September 7, 1886

A “grand fandango” to be held in the Smoky Valley. A “number of Shoshone Indians left Belmont for Smoky valley on Tuesday,” including a Native American called “Fandango Joe.” It is also reported that the “fandango is to be held in honor of the god of rain” and that “dancing vigorously” will be involved. -Eureka Daily Sentinel September 7, 1895

“The principal social event of the past week was an Indian fandango… The music was vocal, and perhaps up to the usual standard of excellence from a Piute [sic] standpoint, but to the less critical whites it was suggestive of cramps in the stomach.” -Hawthorne Bulletin, November 1897 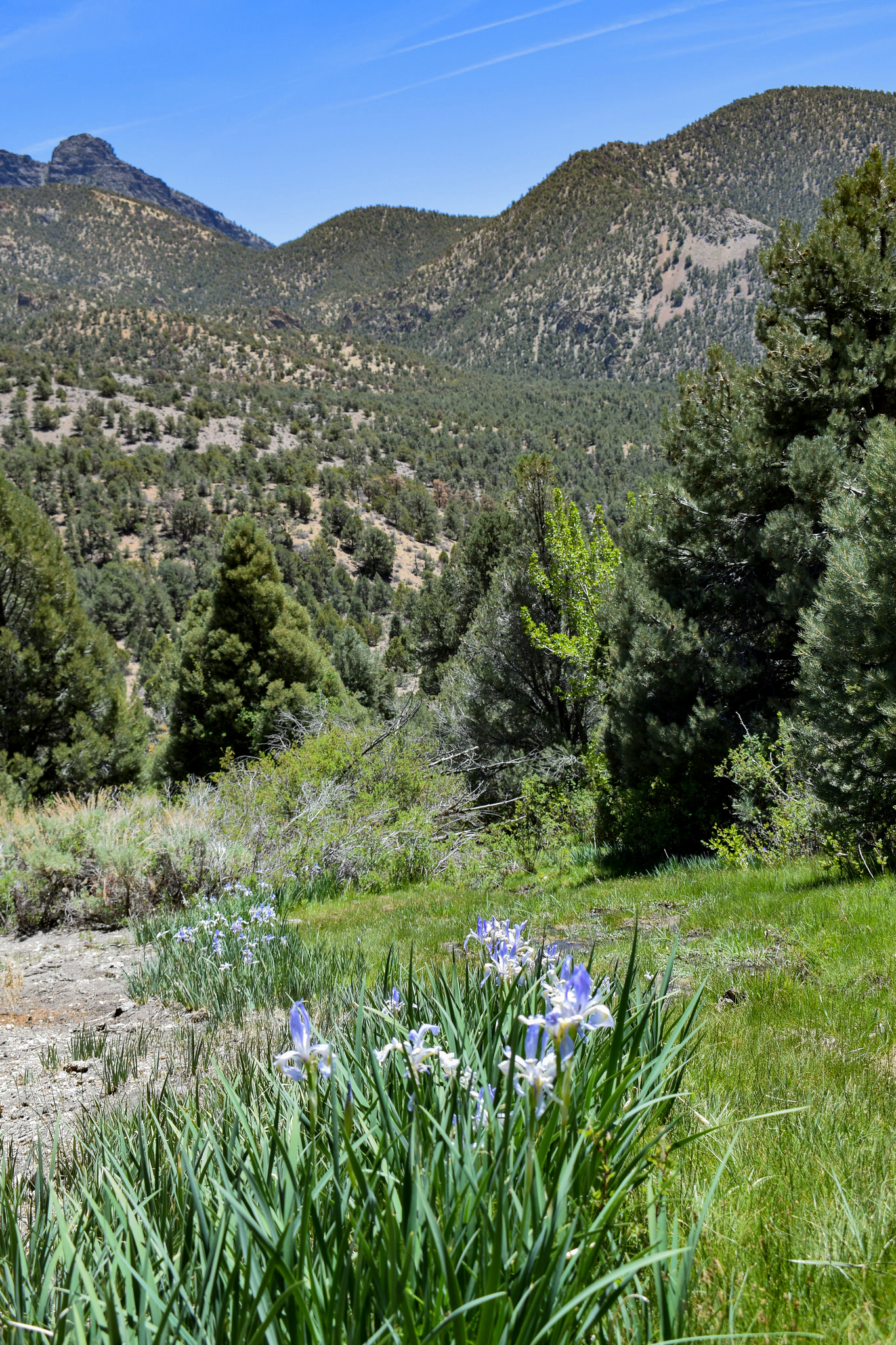 As is evidenced by the excerpts above, the word “fandango” became synonymous gatherings of Paiute (Numu), Shoshone (Newe) and Washoe people by the 1870s in Northern Nevada. In particular, a “fandango” identified a large regional gathering of indigenous peoples, including intertribal groups, to discuss sociopolitical issues, participate in seasonal rituals, conduct hunting and gathering activities, and possibly arrange for marriages. It is also evident that the patronizing attitude of this reporting dismisses the activities and food choices of the Indigenous Nevadan people as something less than up to the standards of EuroAmericas. This intermeshes with the early 18th century origin of the dance “fandango” that uses the term disparaging because of elements including “dancing vigorously” and untraditional music that are not quite acceptable within cultured, elite society.

Julian H. Steward, in his 1938 Basin-Plateau Aboriginal Sociopolitical Groups pinpointed a village site located at Fish Springs, immediately west of Fandango Wilderness Study Area, as an important Newe cultural site called Wongodoyo (White Pine Mountain). In his ethnographic study, this village was known for pine nut processing, rabbit drives, and festivals. Steward also indicates that the Hot Creek Range, including what would eventually become the Fandango Wilderness Study Area was known to the Newe people as a source of pine nuts. As English and Spanish words entered into the Numic language, it appears as if "fandango" became synonymous with tribal gatherings for Indigenous peoples in Nevada. This strongly suggests that the attachment of the moniker “Fandango” to prominent features in this portion of the Hot Creek Range by EuroAmerican map makers was a recognition of the importance of this area for Newe traditional life ways.  Contemporary references to the word "fandango" as a part of Native American traditions include the Ely Shoshone Tribe Powwow and Fandango, and the reference to "Fandango Skirts" as a Native American art-form at the Paiute-Shoshone Culture Center in Bishop, CA.

One can only imagine what the construction of four sets of charcoal kilns in the Fandango area and the consequent destruction of over 4,000 acres of the culturally important pinyon pine trees (pine nut gathering and processing being a key function of the area's "Fandangos") must have felt like for Newe people in the 1870s. It is certain this type of rapacious resource extraction could not have been anticipated by the Newe people when they agreed to the Ruby Valley Treaty in 1863. 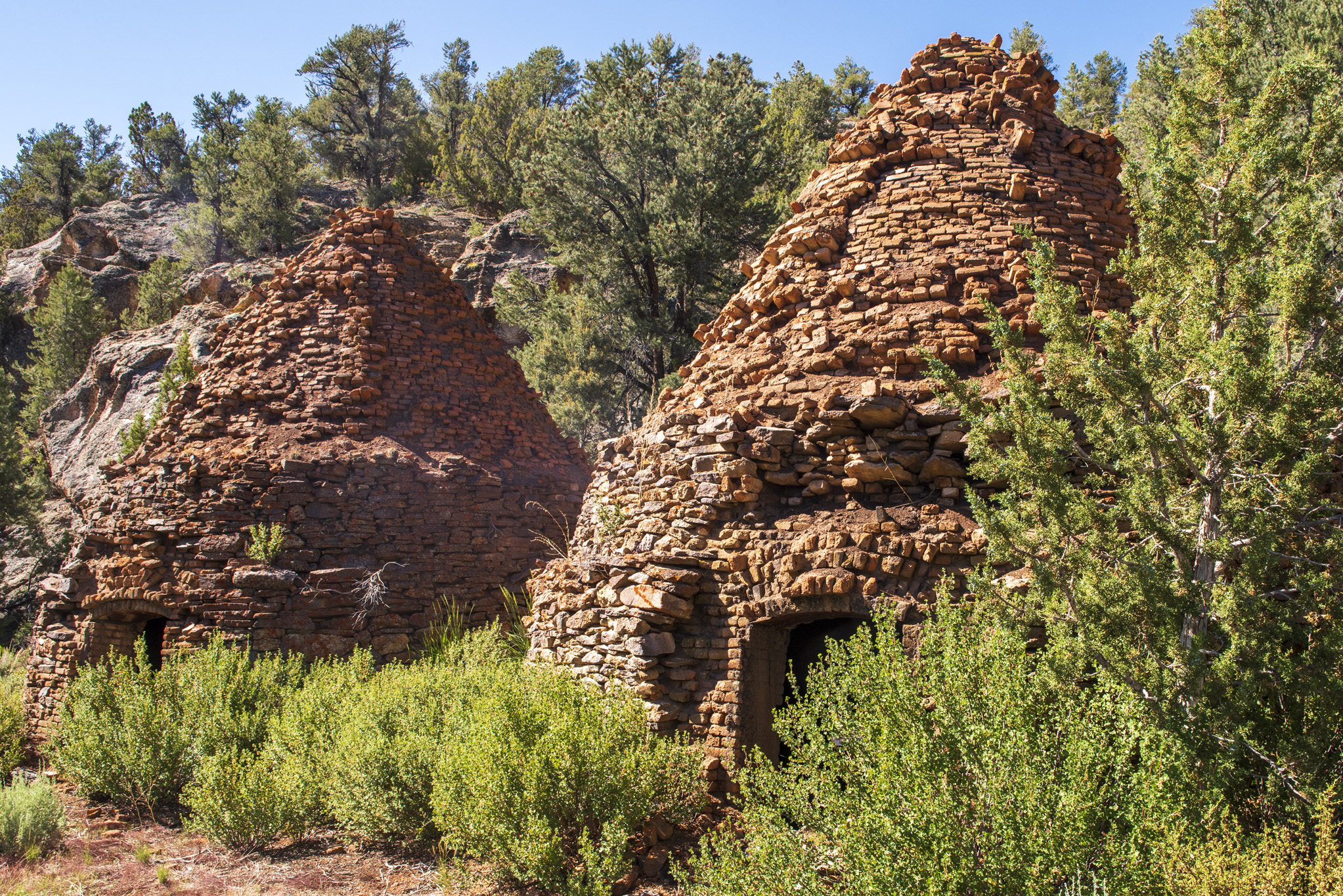