The Desert National Wildlife Refuge dodged a proverbial bullet in July but permanent protection is the only way to save it from the Air Force. In a sneaky move in early July, the Air Force went around the Nevada delegation to Rep Rob Bishop (UT) to get an amendment approved as part of the National Defense Authorization Act (NDAA) that would give the military control of the western portion (840,000 acres) of the wildlife refuge. 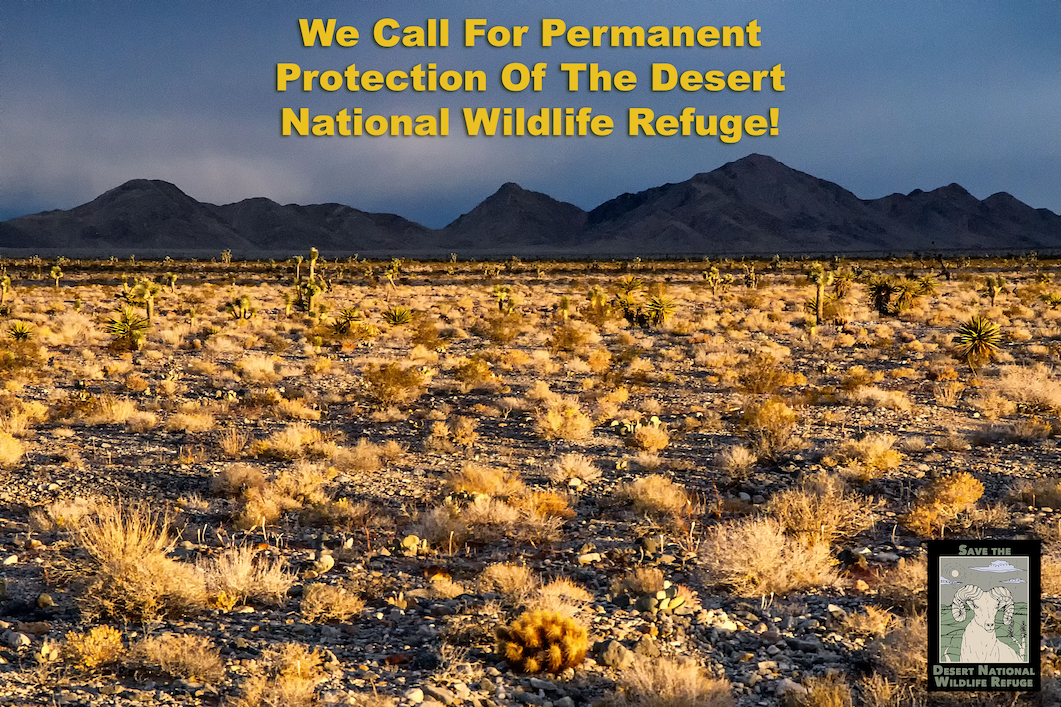 Thanks to Desert Refuge supporters in Nevada and across the country our Nevada delegation was able, through some complex maneuvers, to replace the amendment with a much better one that passed through the House.

But now, the White House is threatening to veto the NDAA if the Nellis Test and Training Range in the refuge and the Fallon Range are not expanded like the military wants. The next step will be the House and Senate Conference Committee later this fall where the final resolution for both Desert Refuge and Fallon will be decided. We need Wilderness protection now, to stop the military expansion into more of our precious refuge.

Visit www.dontbombthebighorn.org to join the fight!