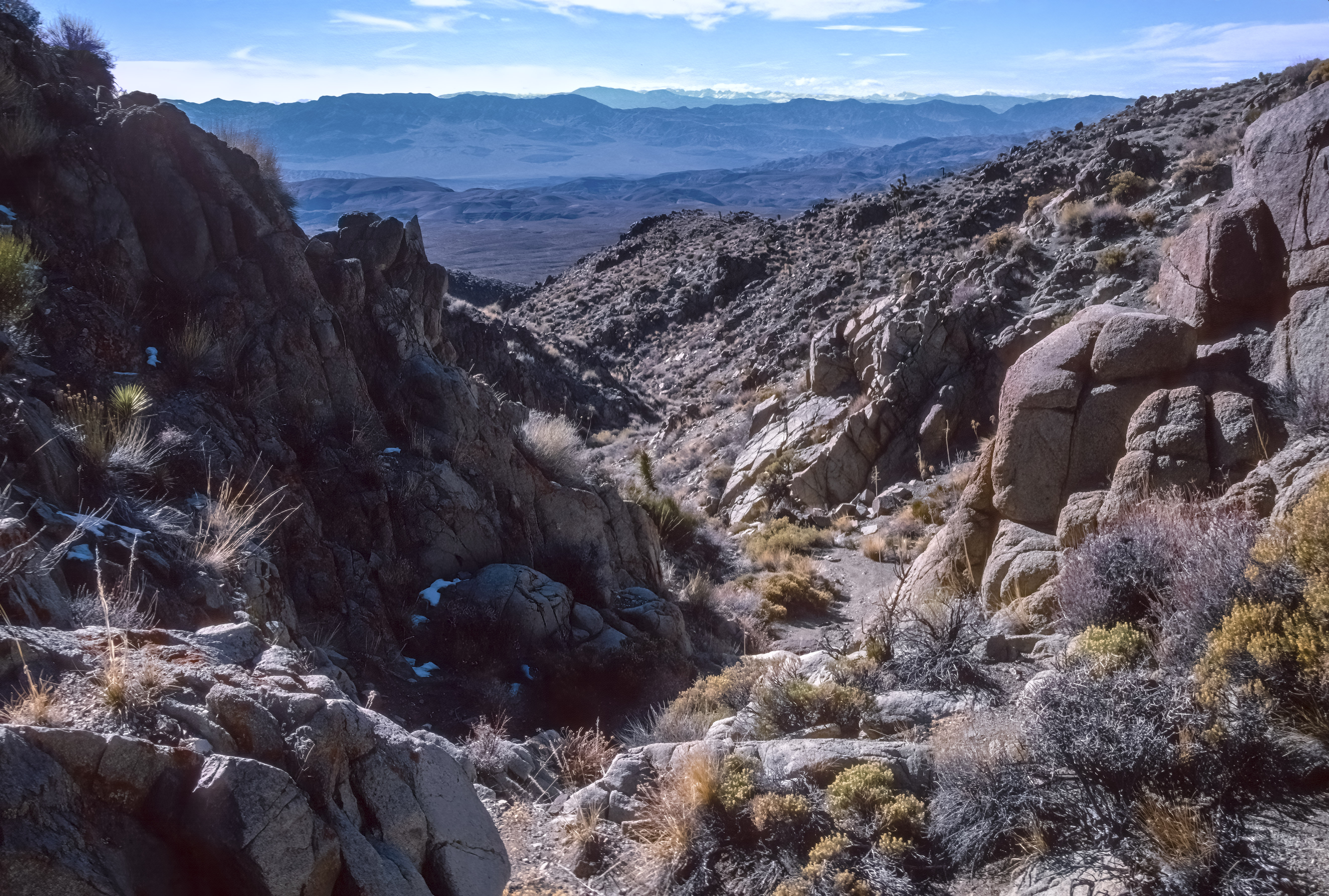 The Nevada portion of the Death Valley Wilderness includes beautiful and remote alluvial fans and the highest part of the Grapevine Mountains. This Wilderness lies at the northern end of the Mojave Desert and displays an astounding variety of flora and fauna associated with the transition from the lower deserts ecosystem into the Great Basin High Desert. Joshua tree forest inter mingle with pinyon and juniper as the explorer climbs toward the summit of the mountains. 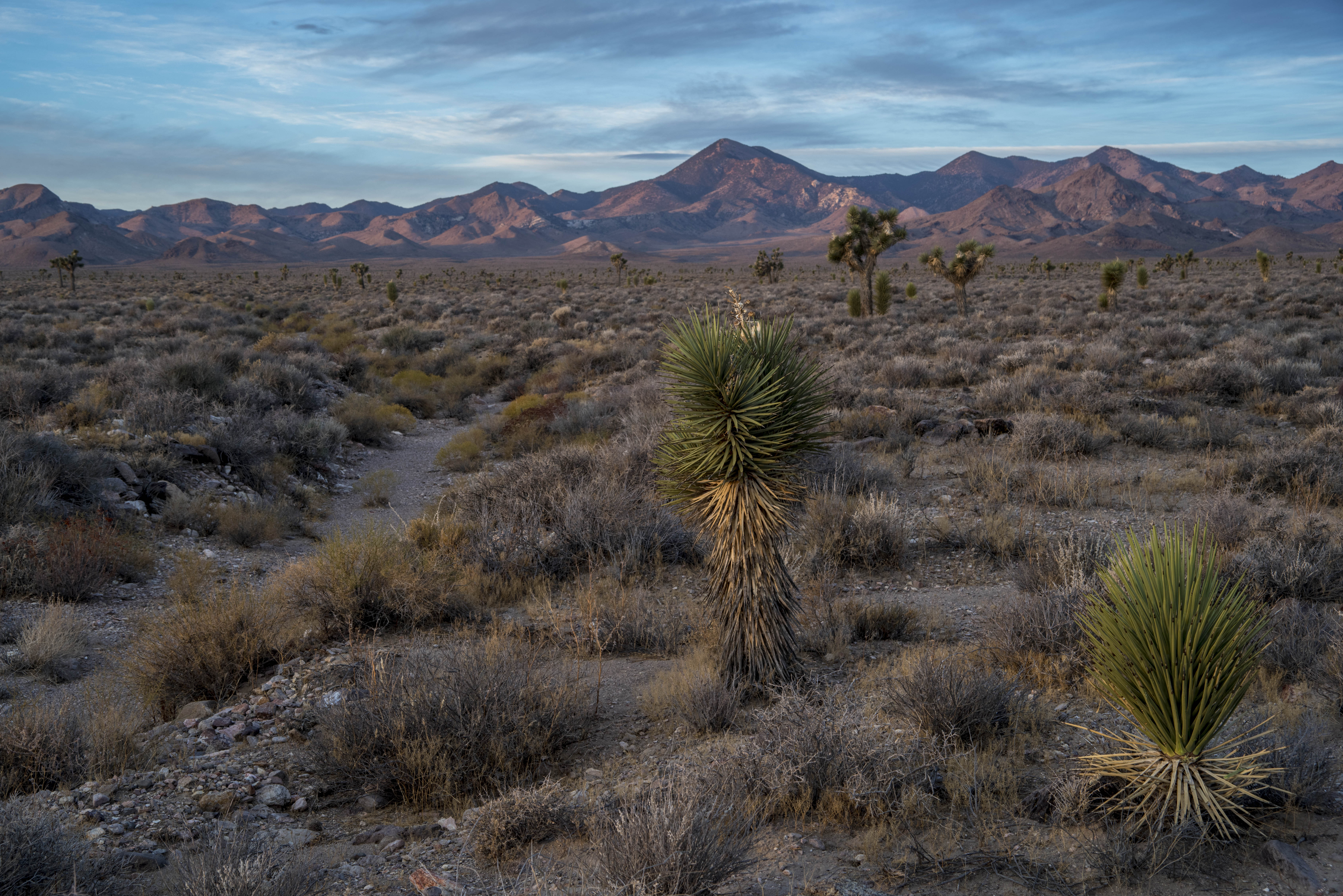 The Death Valley Wilderness is part of the traditional homelands of the Newe (Western Shoshone) people. Native Americans have been living on and with these lands for countless generations.