This Wilderness area, as with most of the greater NCA, has a deep prehistoric use by the ancestors of Native American people and a through-line continuity of use by contemporary Native Americans today. Signs of the earliest human habitation in North American have been found along the shoreline of ancient Lake Lahonton. This massive lake once created beaches and gravel bars against the eastern foothills of the Calico Mountain Wilderness. The earliest people in America walked and hunted Ice Age animals along this shore 12,000 to 14,000. Part of this early way of living included forays into the surrounding uplands, like the Calico Mountains, to search for plant foods such as bulbs, roots, seed, and berries. At that time, the Calico Mountains supported much more vegetation, something hard to imagine looking up into these colorful and dry mountains today.

Long after the pluvial waters of Lake Lahonton vanished, leaving the bleached-white playa of the Black Rock Desert we know today, early Anglo explorers blazed routes and trails in the desert below the Calico Mountains. The most famous of these early explorations was the 1843-44 Fremont Expedition, which followed the west arm of the Black Rock Desert along the entire eastern flank of the Calico Mountains from Soldier Meadows to the Black Rock Playa. In 1846 the Applegates followed Fremont’s trek adjacent to the Calico Mountains as they surveyed a wagon trail escape route from Oregon for Americans should a war break out with the British over possession of the Oregon territory. By the time the Applegates reached Idaho, they were advertising their “escape route” as a new southern and less dangerous route to the Willamette Valley for Oregon-bound iImmigrants. By the end of 1846 they had brought 150 immigrants along this desert trail to Oregon. With the discovery of Gold in California in 1848, Peter Lassen utilized the section of the Applegate Trail through the NCA as an alternative route to Northern California (passing conveniently through Lassen’s ranch in the Susanville area). In 1849 more than 10,000 immigrants followed the immigration trail along the foot of the Calico Mountains. At first these colorful hills were identified as the “Harlequin Hills” because of the multicolored formations characterizing the southern end of the range. The name was subsequently changed to “Calico” when the word “harlequin” fell out of common usage. 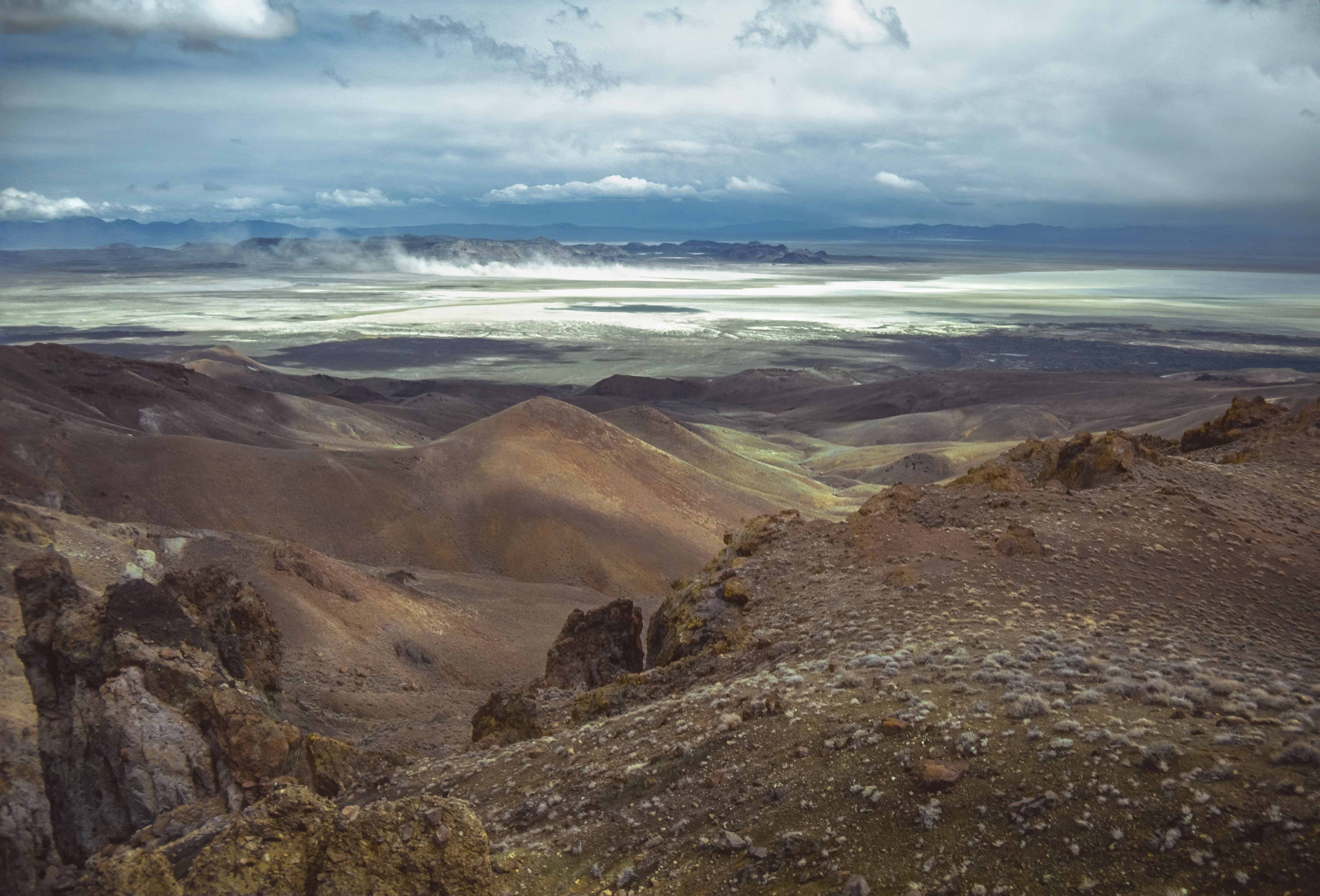 Geology
The riot of color in this multi-hued mountain range originate in the cacophony of volcanic tuff, pyroclastic flows, and ash falls that characterize the geology of the southern portion of the range. Mormon Dan and Petrified Canyons are striking examples of the colorful rock formations that abound within the range. When these events took place, about 30 million years ago, the climate of the proto Calico Mountains was substantially different and supported ancient ancestors of the giant Sequoias. When these pyroclastic flows and ash falls entombed these great trees it slowed the decay of the wood to nearly a standstill. Slowly, incrementally over the eons silica solution replaced the wood, cell by cell, tree ring by tree ring. Today, petrified wood lies scattered across the region.

Plants
Sagebrush is the dominant vegetation type, with saltbush and greasewood occurring at the lower elevations. Several canyons also contain willows, cottonwoods, aspens and other riparian species. After heavy winters, these mountains come alive with a flourish of wildflowers. 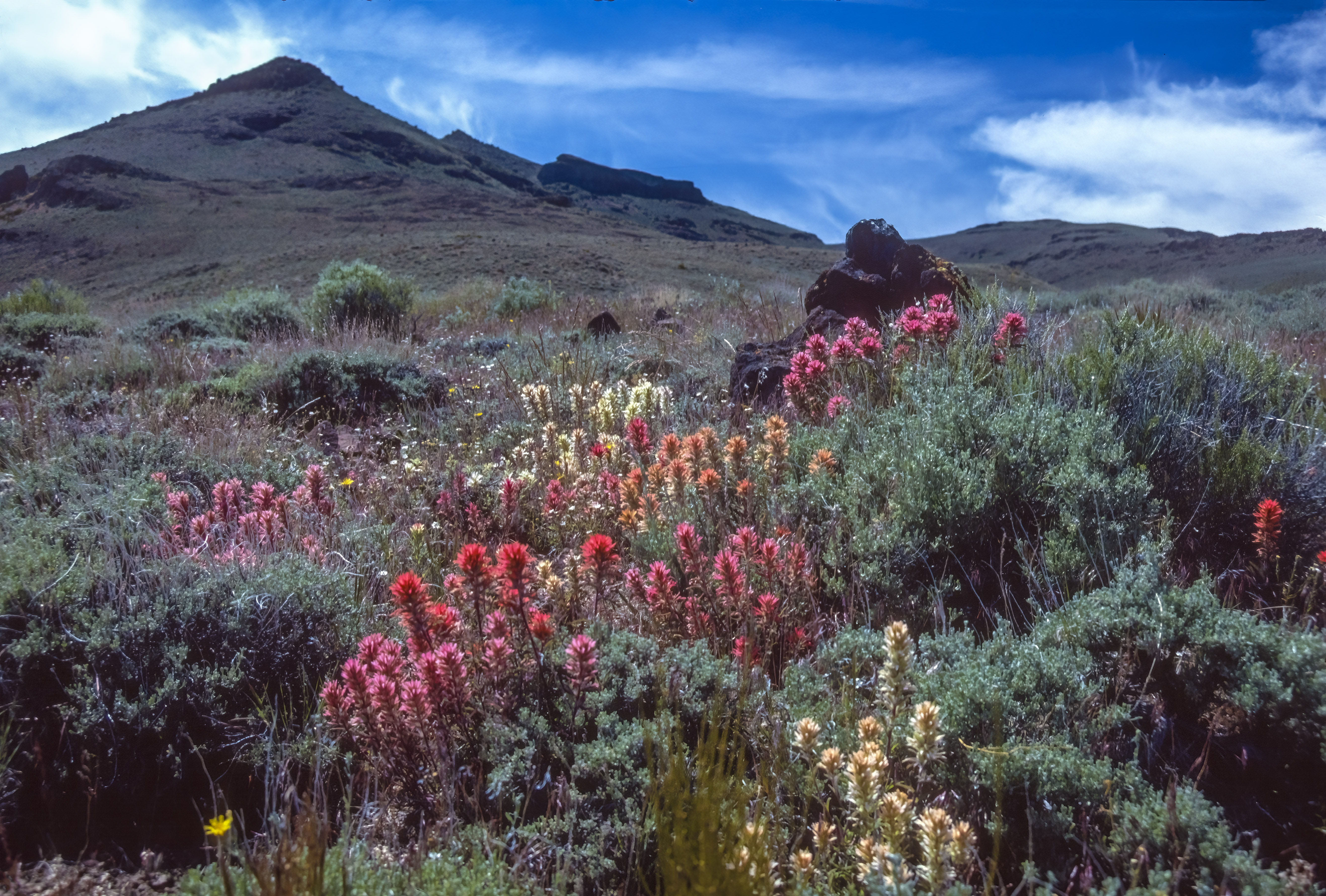