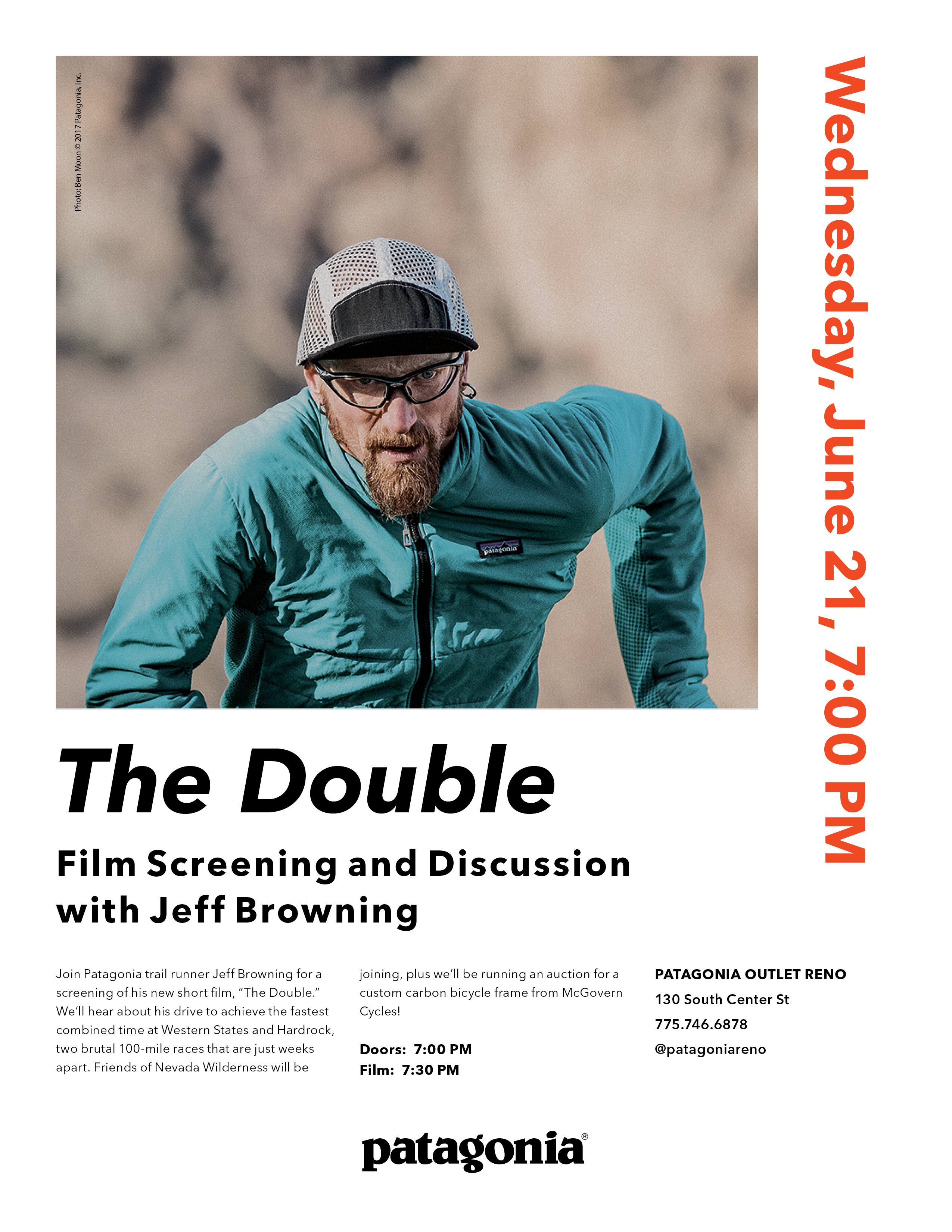 Join us at Patagonia Reno on Wednesday, June 21st for a free film screening of "The Double" with ultra runner Jeff Browning. The film highlights Jeff's incredible accomplishment from last year, where he ran the Western States 100-mile endurance run back-to-back with the Hardrock 100 miler, notching the fastest combined time ever recorded. We'll also have a personal presentation and Q&A with Jeff before year's Western States.

Summary of the film:

From the heat, speed and competition at the Western States 100 to the high altitude, steep climbs and torrential weather of the Hardrock Hundred 100. For most, even attempting these two high-profile 100-mile races is a lifetime achievement. Watch as ultrarunner and family man Jeff Browning attempts to break the combined time record of 43h 33m in these two races. . . with only 19 days of rest in between. Short film by Matt Trappe.