Yesterday, Presidential nominee Jeb Bush came to Reno, NV to 'unveil' his Western public land management plan. Public land supporters came out in droves to make their voice heard that public lands matter to Nevadans. We'd like to thank the many public land advocates that attended the event.

Part of Presidential nominee Jeb Bush's plan was to move the Interior Department headquarters from Washington D.C. to the West, a plan which we feel is unnecessary - both financially and logistically. In addition, only 10% of the Interior Department's employees live and work in D.C. Jeb Bush also stated that he would "consider" proposals to transfer public lands to Western states. The transferal of public lands to state control would be disastrous for public access - Western states like Nevada cannot afford taking on the cost of management of public lands like fighting wildfires, wild horses, etc. Eventually, states would be forced to sell off our public lands and our public access would disappear.

Read more of the event at Reno Gazette Journal or view the coverage on Channel 2 News. 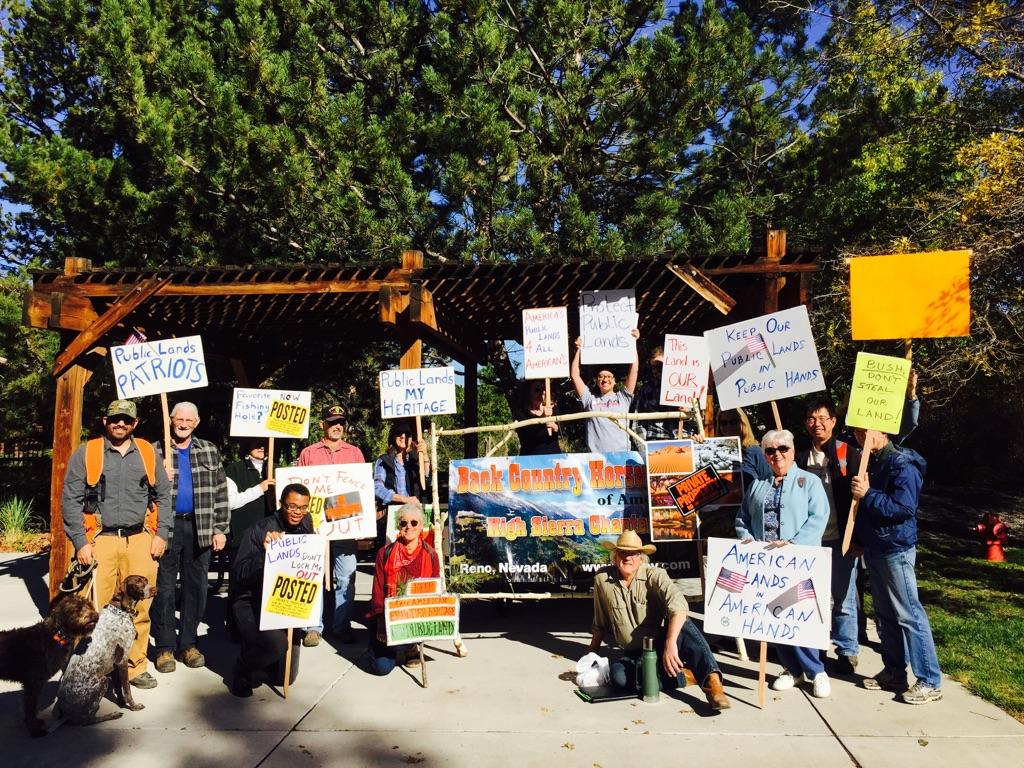