Deidre Wolownick, Over 60 and Wild

Deidre Wolownick climbed El Capitan in Yosemite’s Wilderness on October 31, 2017 at age 66, becoming the oldest woman on record to make that climb. She spoke about her preparation and the climb itself at an event at the Reno Patagonia outlet store on June 14, just days after her son Alex Honnold and Tommy Caldwell blasted the speed record on El Cap, June 5thclimbing the 3,000 Nose route in 2 hours, 1 minute and 53 seconds. 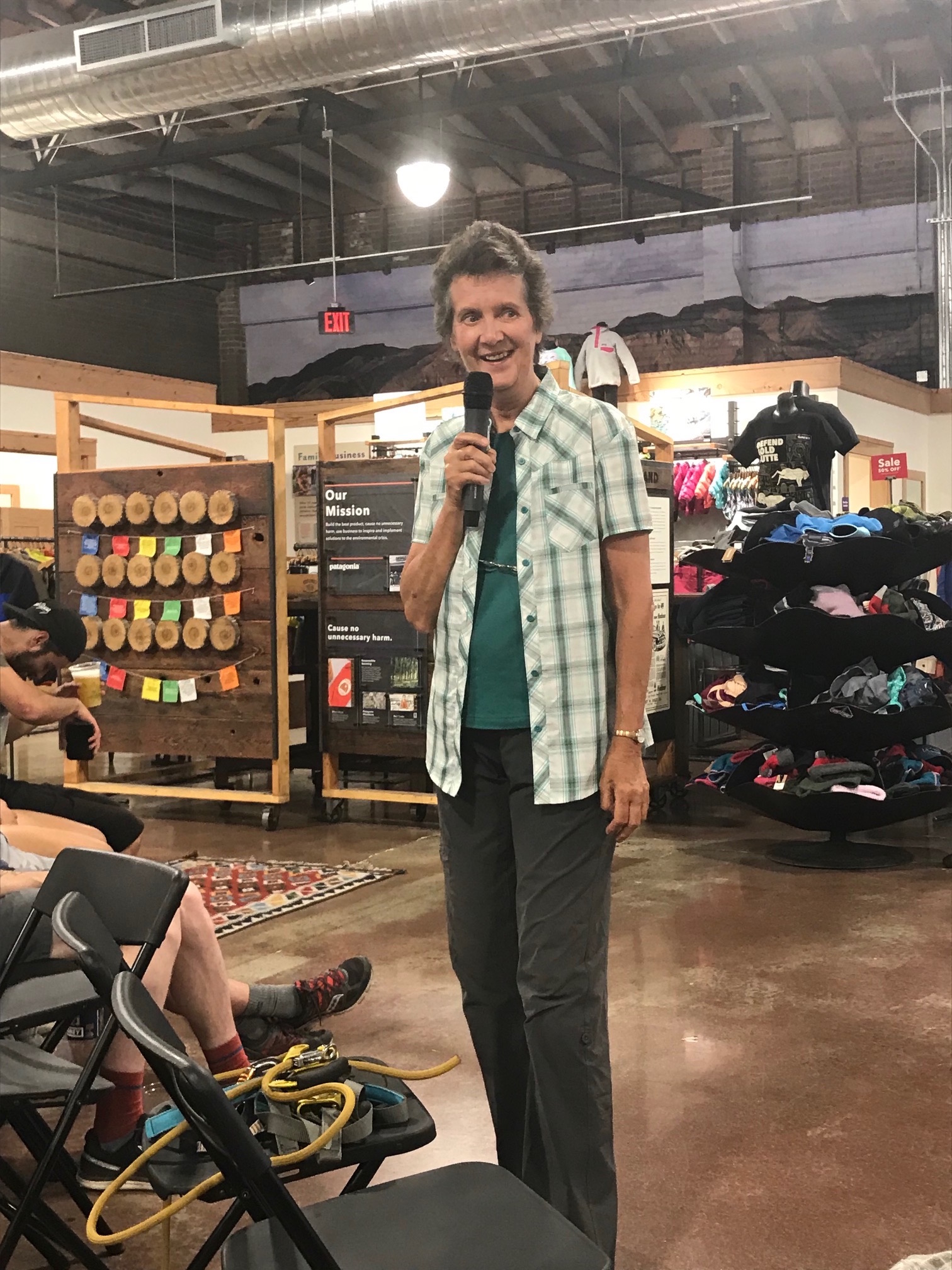 Deidre was asked what she thought about Senator Dean Heller’s comment that people over 60 couldn’t enjoy Wilderness. Diedre asked the room how many people were over 60 and a number of hands went up. “I am, too. I’m well over 60, I’m 66. I was 66 when I climbed El Capitan – tell him that, she said.

“There is no age limit for going outdoors. That is a ridiculous notion.”  She cited Fred Becky, who was an amazing outdoorsman who devoted his life to climbing and he climbed until he was 94.

“There is no reason to not enjoy nature at any age. You don’t have to be climbing El Capitan, just go walking or go swimming in a lake. It seems so obvious to me I don’t even know what to say to that kind of comment.”

Are you over 60 and still enjoying wild areas? Let Senator Heller know. Use #over60andwild and mention @SenDeanHeller on your favorite social media platform.