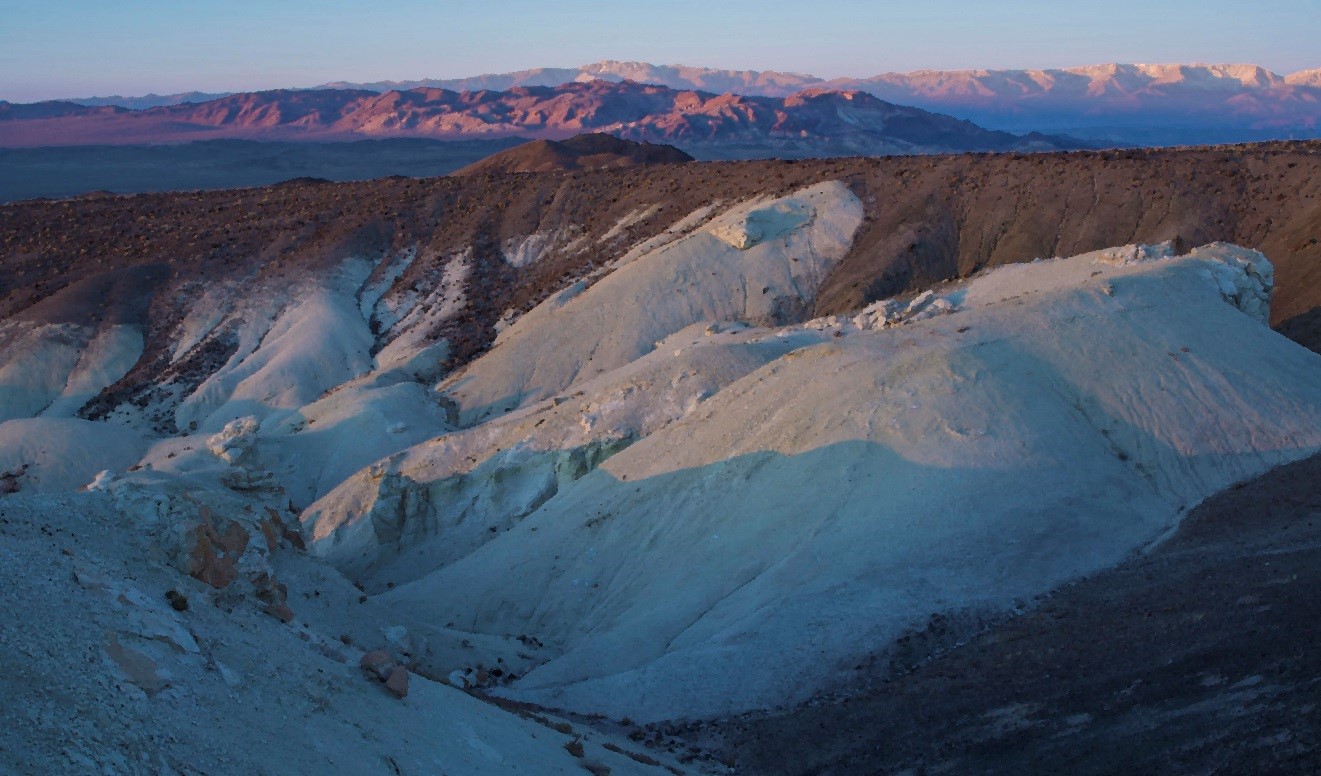 These two units comprise a massive area of Lands with Wilderness Characteristics.  Most of these Units are in the Battle Mountain BLM District, however, and important part of the northern unit crosses over into the Carson City BLM District.

The Scenic Nevada organization describes the southern section of the Monte Cristo as "a geological display-case and a real Nevada treasure."  They also state: “Flora and fauna are minimal, but desert bighorn sheep are seen here on a regular basis. A wet spring brings an abundance of wild flowers among the cholla cactus and other desert plants. Although relatively unspoiled, the soil in the area is fragile and can be disturbed easily. Many tourists enjoy this region for its beauty, geology, hiking and photographic appeal.”

The remainder of the Monte Cristo Units are equally spectacular with a diversity of natural ecosystems punctuated by surprising and wondrous geological features.  The core of this area is comprised of rhyolitic volcanic materials that erupted through the region 12 to 17 million years ago.  These violently erupted volcanic materials produced the colorful tuffs, pyroclastic materials, and ash falls composed of ash, crystals, molten rock fragments, and pumice.  These materials provide the medium from which the varied and eccentric formations of the area were sculpted.  From 15 through 6 million years ago, gray, green, and brown andesite intrusions and eruptions created the highest and most resistant rock of this range.  Many of these rocks show columnar forms called “post pile” formations.  The final, fiery component added to this area 5 million years consisted of far-spreading basalt flows forming cap stones currently found mountains and ridges in the northern portion of the area.  Scattered throughout the Monte Cristo Units, sandstones, shales, and dolomites formed more than 250 million years ago can still be found in isolated outcrops completely out of context in this area of tumbled geologic time.  Each of these diverse rock types engender unique habitats and ecosystems.

Ecologically speaking, the area of desert within the boundaries of these Monte Cristo Units is pristine.  The lowlands and alluvial fans are comprised of native bunch grasses, shadscale, Bally’s saltbrush, sage in a few areas such as in a number of drainages and canyons.  The alluvial fans are fascinating desert communities and good examples of a healthy Great Basin desert ecosystem.  These areas abound with life such as multiple reptile species, small mammals, numerous bird species, and a rich diversity of insects and arachnids.Meager alkali-tolerant saltbrush communities.  To the casual observer in mid-summer, this plant community at the base of the alluvial fans looks more dead than alive.  With spring rains or summer thunderstorms, however, this habitat comes alive with perennial plants and wildflowers.   Lizards, horned-toads, kangaroo rats, and arachnids haunt these low elevations.

Climbing up the alluvial fans, upland sagebrush desert vegetation including Great Basin big sage, Baily’s greasewood, Two-wing saltbrush, and shadscale, provides habitat for a greater diversity of wildlife including rodents, jackrabbits, coyotes and bobcat.  Pronghorn antelope and wild horses are frequent visitors to these upper alluvial fan areas as well. In the highest part of this area, sagebrush grasslands support a healthy population of Desert Bighorn sheep. Scattered stands of juniper trees cling in the upper elevations to the relative coolness of north facing slopes.

The vast alluvial fan systems issuing from the north, south, and west sides of these Units provide the visitor with a unique opportunity for solitude.  It is the open nature of the immense alluvial fan system of the Monte Cristo that creates such a total sense of solitude.  Although you can see what amounts to and endless landscape, it slowly dawns on you that you cannot be seen from either the distant highway or the airways far overhead.  As you look to the minutia of earth and plants and habitats and stones passing beneath your feet; as you and become lost in the innumerable braiding, twinning’s, and unbraiding of dry water courses around you; you understand solitude based on nothing but scale. You know as you tower over the countless worlds and lives beneath your feet that the larger human world assuredly towers over you.  For in this moment, in the eyes of that world you are as alone and as indiscernible as the tiny pebbles beneath you feet.  Moving further up these fans your solitude becomes complete as you physically vanish in “plain sight.”

To see more photos and explore this Unit on Google Earth, visit Panoramio