January 13, 2023 - Friends of Nevada Wilderness has signed on to a lawsuit against the Bureau of Land Management Winnemucca District for allowing Ormat Technologies, Inc. to proceed with drilling 19 exploratory geothermal wells adjacent to the town of Gerlach.

The Burning Man Project is the lead plaintiff in the case filed in Nevada federal court.

The plaintiffs argue that BLM illegally gave Ormat the green light for exploratory drilling without analyzing the full impacts of development of a large-scale geothermal plant adjacent to the town.

“We all know that Ormat wants to build a full-scale plant nearly adjacent to a National Conservation Area. It's ill-conceived at that location to begin with,” said Shaaron Netherton, Friends’ Executive Director. “BLM's entirely inadequate analysis of Ormat’s plans for exploratory drilling is such bad precedent, we felt we had no option but to join the action.”

The suit alleges BLM violated the National Environmental Policy Act (NEPA) by not properly analyzing the impacts of the final project, which Ormat has previously described as two new power plants, each producing 24 megawatts of electricity per hour, as well as an electrical substation, up to 23 geothermal production and injection wells, 4.6 miles of above-ground pipelines, access roads and a 26-mile overhead power line running from the power plants to the North Valley Substation in the San Emidio Desert.

The plants would be built on both Bureau of Land Management and privately-held land.

“Gerlach is an iconic town in Nevada,” Netherton added. “The history of the area, the amazing wide-open spaces, the dark skies, the peace and quiet – they all mean so much not just to the people who live there but to many more people who come from all over to recreate there. These drilling wells alone will change the landscape, but construction of a large-scale geothermal plant would be disastrous. We support development of alternative energy, but not at the expense of an entire community and a beloved landscape.”

For more information, see the comments submitted to BLM in October by Friends and the Center for Biological Diversity opposing Ormat's Operations Plan and requesting a more detailed environmental analysis. 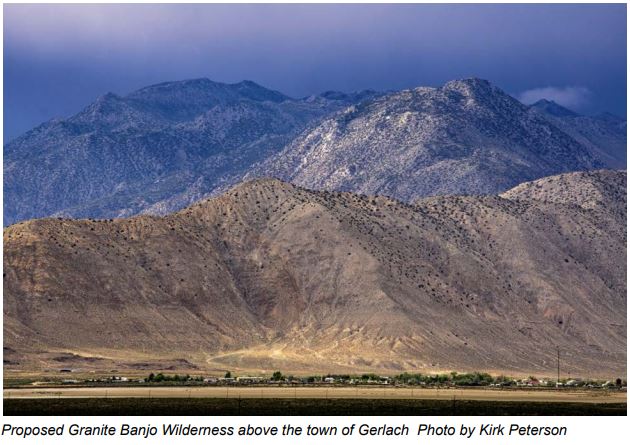