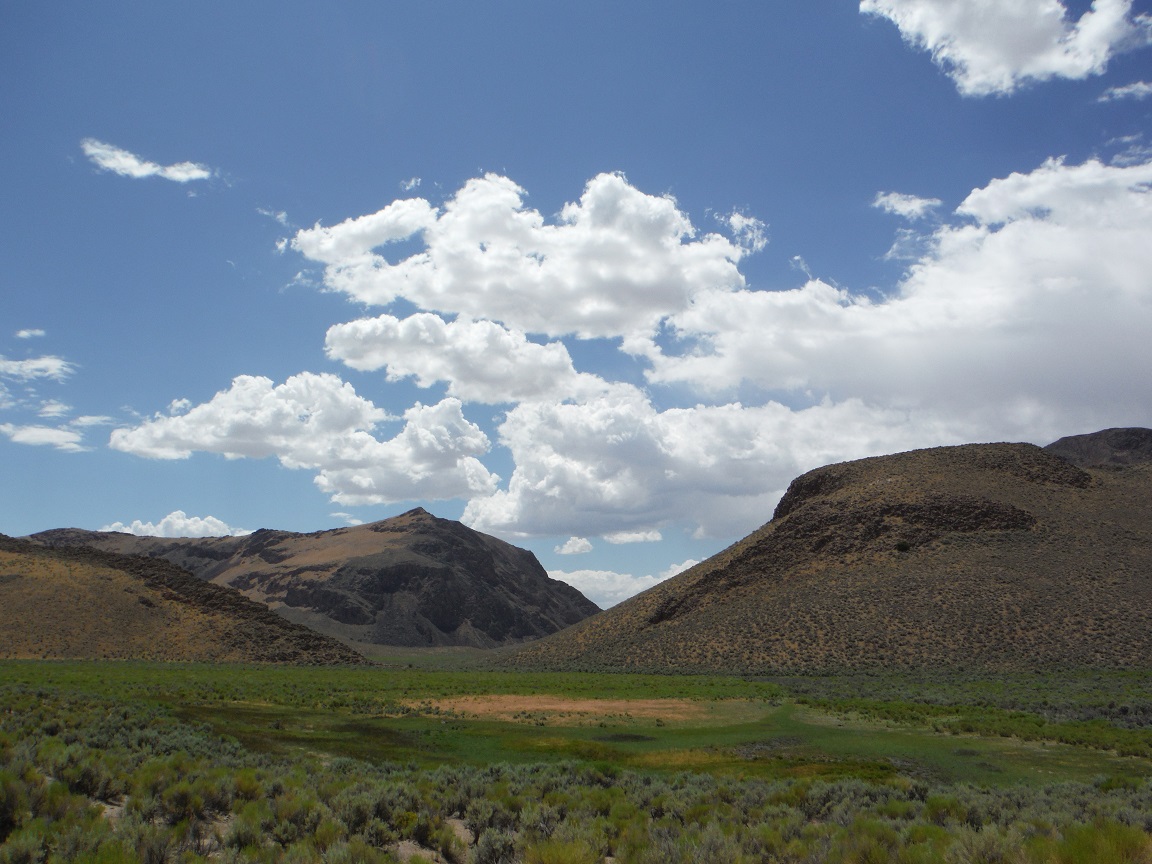 The Elephant Head LWC lies immediately east of NV State Route 305.  From the east, the 8400-foot Elephant Head Peak, for which this unit is named, looks like the massive head of an elephant lumbering toward the south.  The imaginative explorer can observe features that suggest an eye, the trunk, and perhaps even a hint of tusks. In early spring, the melting snow fields on the east side of the peak can enhance the elusion of an elephant by providing patches of snow that might suggest ears to complete the portrait of this behemoth.  Immediately west of the Elephant Head across a broad sagebrush saddle, another unnamed peak is 50 feet higher and forms the highpoint of this unit. Beneath the north face of this peak lies a tarn that once held a small lake contained within a terminal moraine created by tiny glacier that once resided on this mountain in wetter and colder times.   Today the terminal moraine has been breached by erosion and all that is left of the lake is a small dry lake bed and several springs downslope that remind us of wetter times.

The core of the Elephant Head LWC consists of ridges, slopes, and rolling lower hills dominate by a sagebrush plant community. In the far south end of the unit and the Redrock Canyon portion of the unit, to the north, juniper woodlands provide vegetation variation for the wildlife of the region.  Moss Creek creates a spectacular and rugged gorge with walls towering to 1700 feet as it winds its way from Smith Flat west through the highest crest of the range.  Cottonwood Creek, a little further south, also cuts through this spine of the range in a  twisting and turning canyon. The northern and western portion of the Redrock portion of the unit features volcanic formations and eroded ash hills. 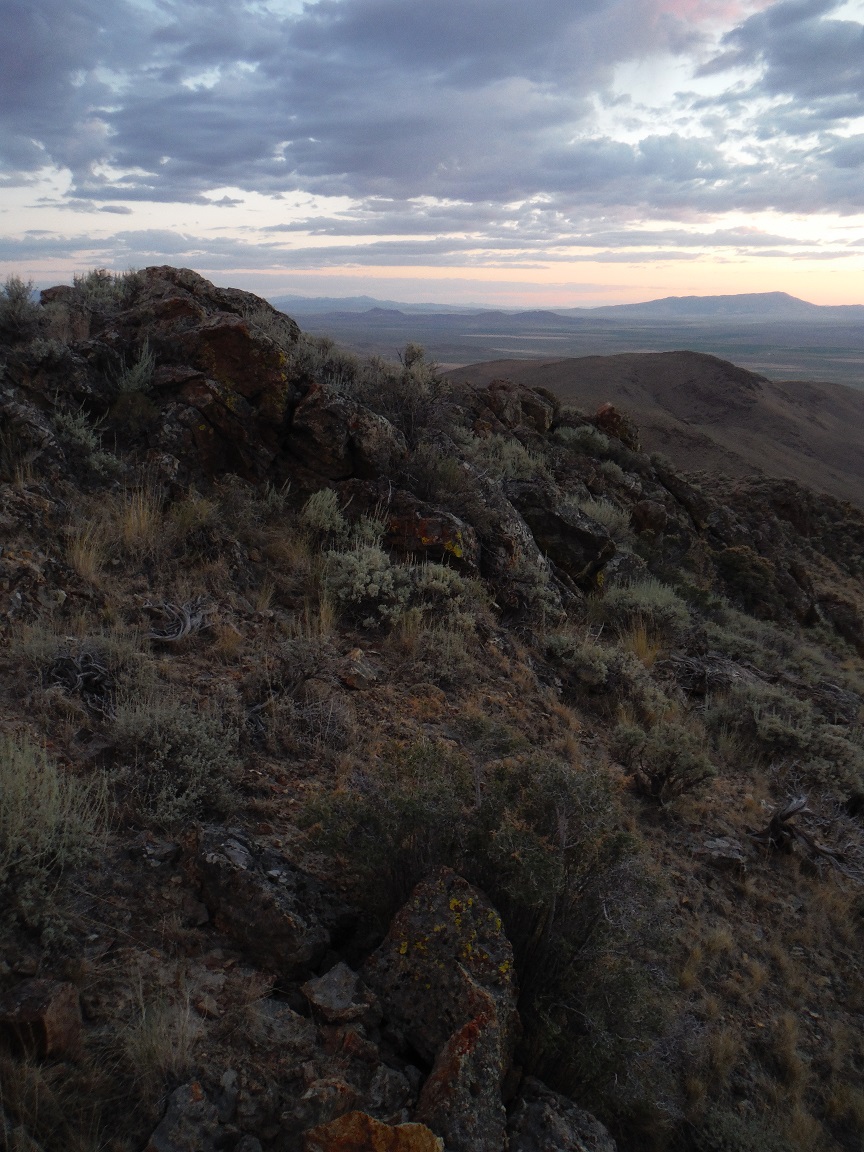