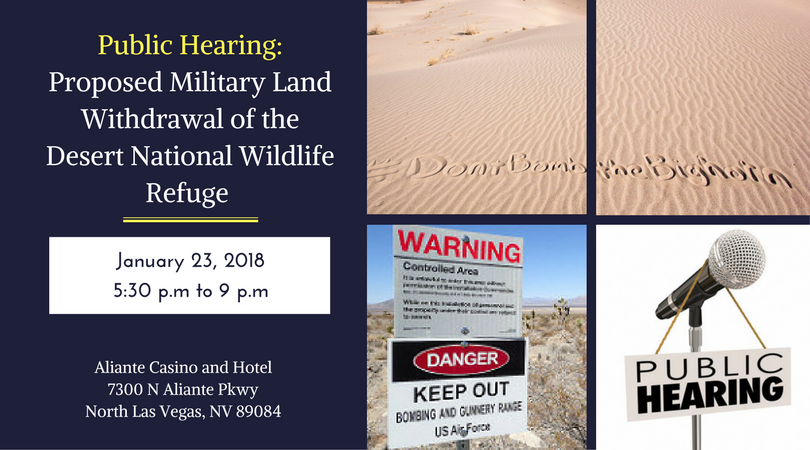 The United States Air Force officially released their final LEIS for the Military Land Withdrawal of the Desert National Wildlife Refuge and their intentions of gutting the largest refuge in the lower 48 states were made loud and clear.

There will be several public hearings on the matter taking place in Caliente, Alamo, Beatty, Tonopah and North Las Vegas. Friends of Nevada Wilderness will be hosting supporters of the #DontBombTheBighorn campaign at the Aliante Casino and Hotel for the January 23rd public hearing. We will meet in the parking lot @ 5:00 pm for a brief press conference before entering the meeting. We will have stickers, t-shirts and signs in support of the Desert National Wildlife Refuge and our opposition to the Air Force's request for land withdrawal.

Come out and let your voice be heard in support of continued protection of the Desert National Wildlife Refuge. #DontBombTheBighorn

Below is a map showing where the Rally will be held at 5:00 pm

A copy of the Draft LEIS can be viewed at www.NTTRLEIS.com.  The 90-day public comment period begins on Dec. 8, 2017 and concludes March 8, 2018. This period ensures the public has ample opportunity to review and comment on the Draft LEIS. The Air Force will host a series of public hearings to provide members of the community with information about this proposal.  The LEIS comment period and public hearings also serve to provide the public and other stakeholder organizations with the opportunity to comment on potential historic resources effects of the undertaking in accordance with the requirements of the National Historic Preservation Act.

Attendees have the opportunity to provide oral and written comments during the public hearings, or they may mail in written comments or post comments to the campaign website prior to the close of the public comment period. Comments should be postmarked by March 8, 2018, to ensure their consideration is included in the final LEIS.

We are encouraging those who would like to participate in this public hearing held in the Las Vegas area to join us Jan. 23, 2018, 5:30 to 9 p.m. at the Aliante Casino and Hotel, 7300 Aliante Parkway, North Las Vegas, Nevada.

The agenda for each public hearing is as follows: 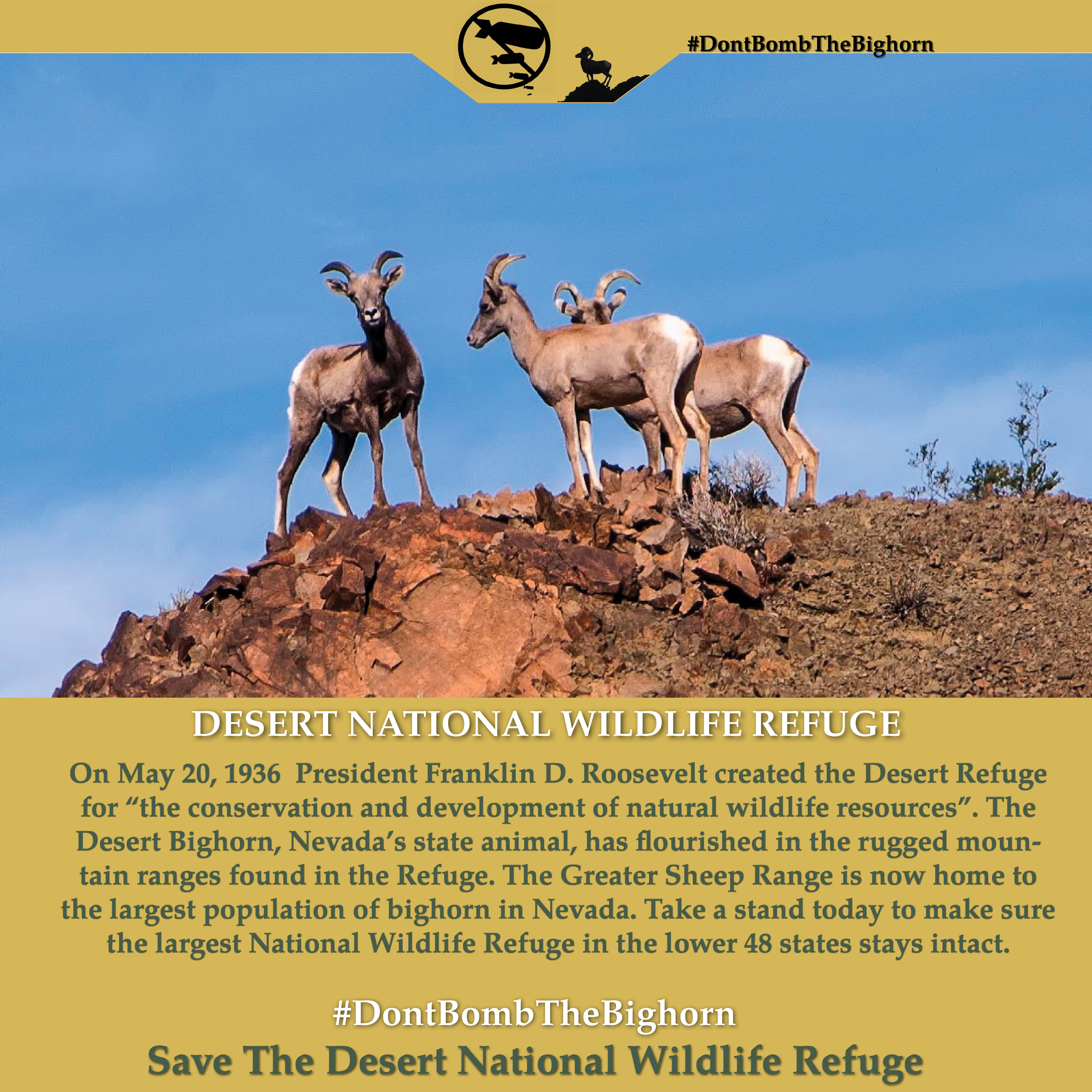