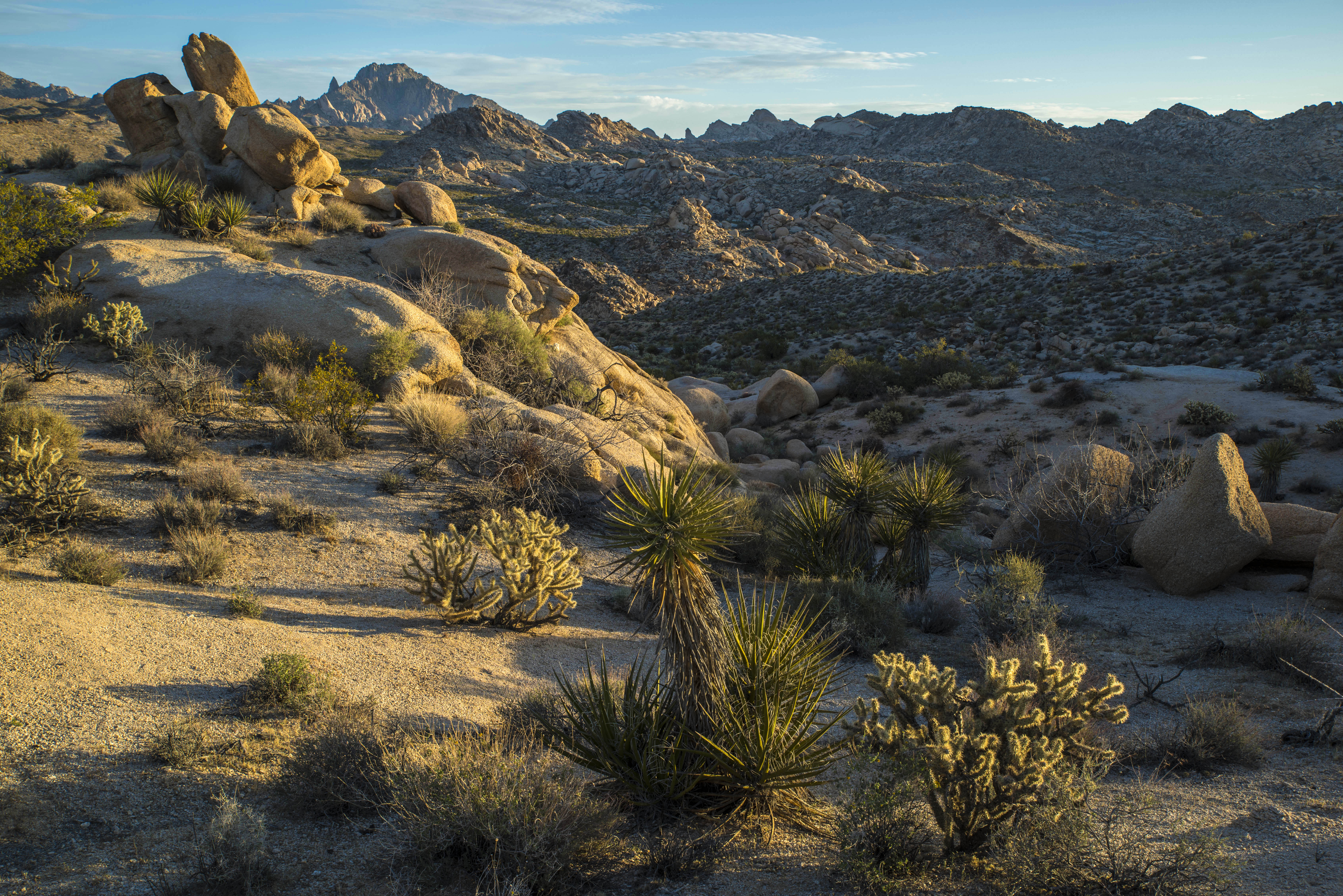 Friends of Nevada Wilderness has been participating with Clark County staff along with other conservation organizations, to provide information on Wilderness quality lands that need protection in Clark County.

Clark County developed a draft resolution on what they would like to see in a public lands bill. On June 5, 2018 they held a public open house to allow the public to review their draft proposal. The county had a 7-day public comment period that ended on June 12. On June 19th, Clark County Commissioners voted unanimously to pass that resolution to urge the Nevada Congressional delegation to begin drafting legislation regarding public lands development and conservation.

The County Commission has agreed to include about 82,000 acres of high value Wilderness in their proposal. This includes the Mt. Stirling Wilderness Study Area as well as expansions of a number of existing Wilderness areas such as Eldorado, Ireteba Peaks, South McCullough, and Muddy Mountains.

The resolution requests that our federally elected leaders consider expanding the disposal boundary of the Las Vegas Valley by about 44,000 acres and protect about 290,000 acres of Areas of Critical Environmental Concern (ACECs) in the valley to help balance development.

Shortly after passage, Senator Cortez-Masto released a press release stating, “I look forward to working with the Commission, members of our Congressional delegation, and stakeholders across Nevada to develop balanced federal legislation that meets the county’s needs, prioritizes smart growth, and invests in conservation.” Friends of Nevada Wilderness and other conservation organizations have been working with county staff to identify conservation measures and appreciate their outreach and partnership. You can read her full statement by following this link.

This county resolution is simply the first step in what we consider the “Nevada Way” of finding solutions to development and conservation needs affecting our public lands. A resolution is only a request from the county asking our Nevada delegation to begin drafting legislation. Items identified in the resolution are considered to be a “wish list” of items to the Nevada delegation in order to craft legislation. The legislation process usually takes time and involves a lot more public outreach before finally making it into law.

We do have concerns with some portions of the resolution. The primary one being the acre-for-acre mitigation to development ratio that the county has proposed. As it stands, the county would get mitigation credit for every acre conserved as an ACEC or Wilderness, about 400,000 acres. Since not all acres of land are equally beneficial to flora and fauna, we prefer a science based approach when considering mitigation credit. We'll work hard with our delegation to ensure that there is a balance between additional growth and development.

Much of southern Nevada is public land managed for us by the Bureau of Land Management. The “disposal boundary” defines the “edges” of southern Nevada that are available for economic development. As the BLM auctions off land to private developers within the disposal boundary, funds go into the Southern Nevada Public Lands Management Act (SNPLMA) account which funds state education, the Southern Nevada Water Authority as well as new parks, land conservation projects, and public land access and trails. Many of the visitor centers at Red Rock, Spring Mountains and the Desert Refuge were funded by SNPLMA dollars.

As the process moves forward we will be working with our Nevada delegation and hope to find a path forward for protection of the fabulous Wilderness proposed in the eastern portion of the Desert National Wildlife Refuge. Wilderness is the best way to permanently protect landscapes as it is the highest level of protection. Friends of Nevada Wilderness keeps a current inventory of wild places in Clark County and the county’s proposal includes many of these areas. There are other very deserving areas including proposed Wilderness in the Lake Mead National Recreation Area that are not currently included in the county proposal. We will be keeping our members posted as the process continues. 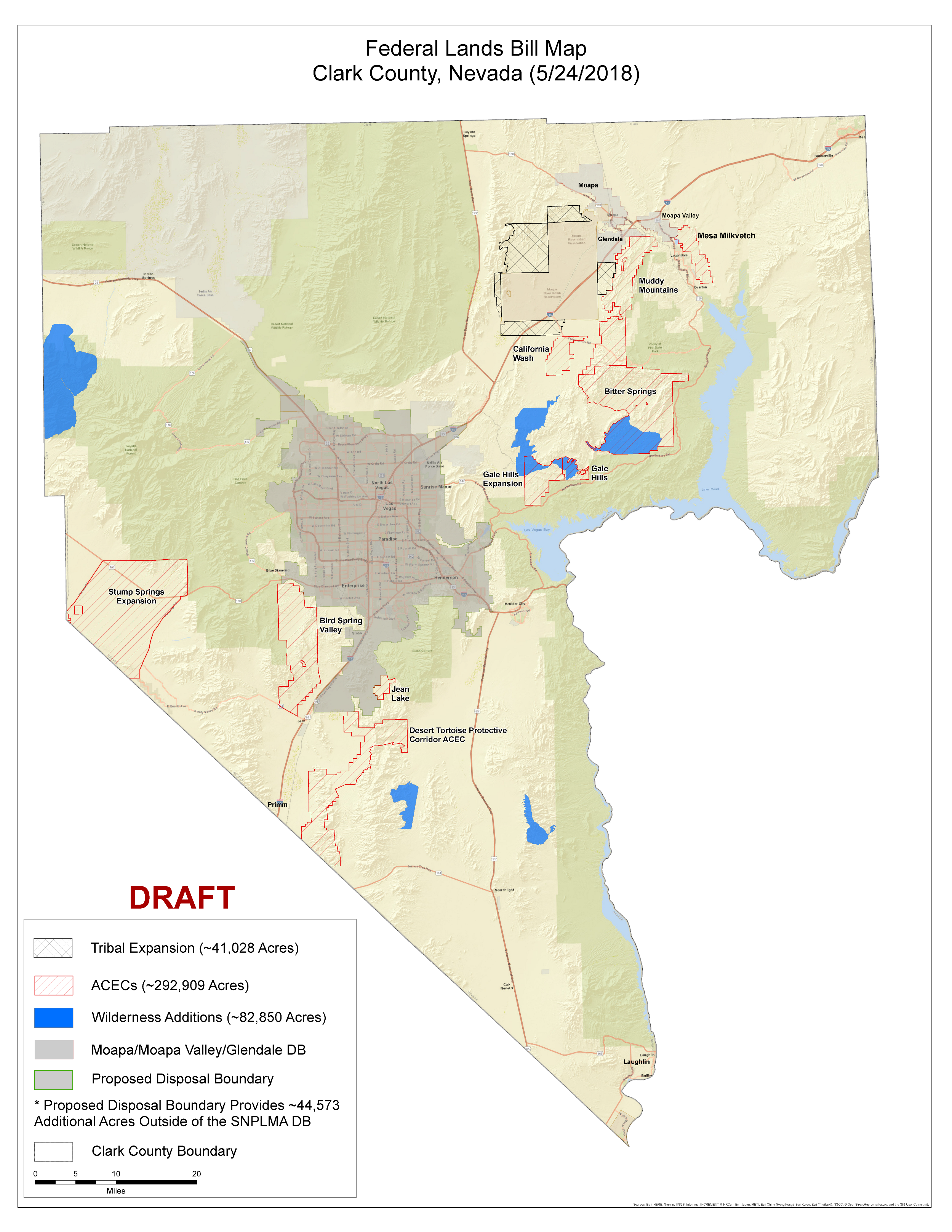 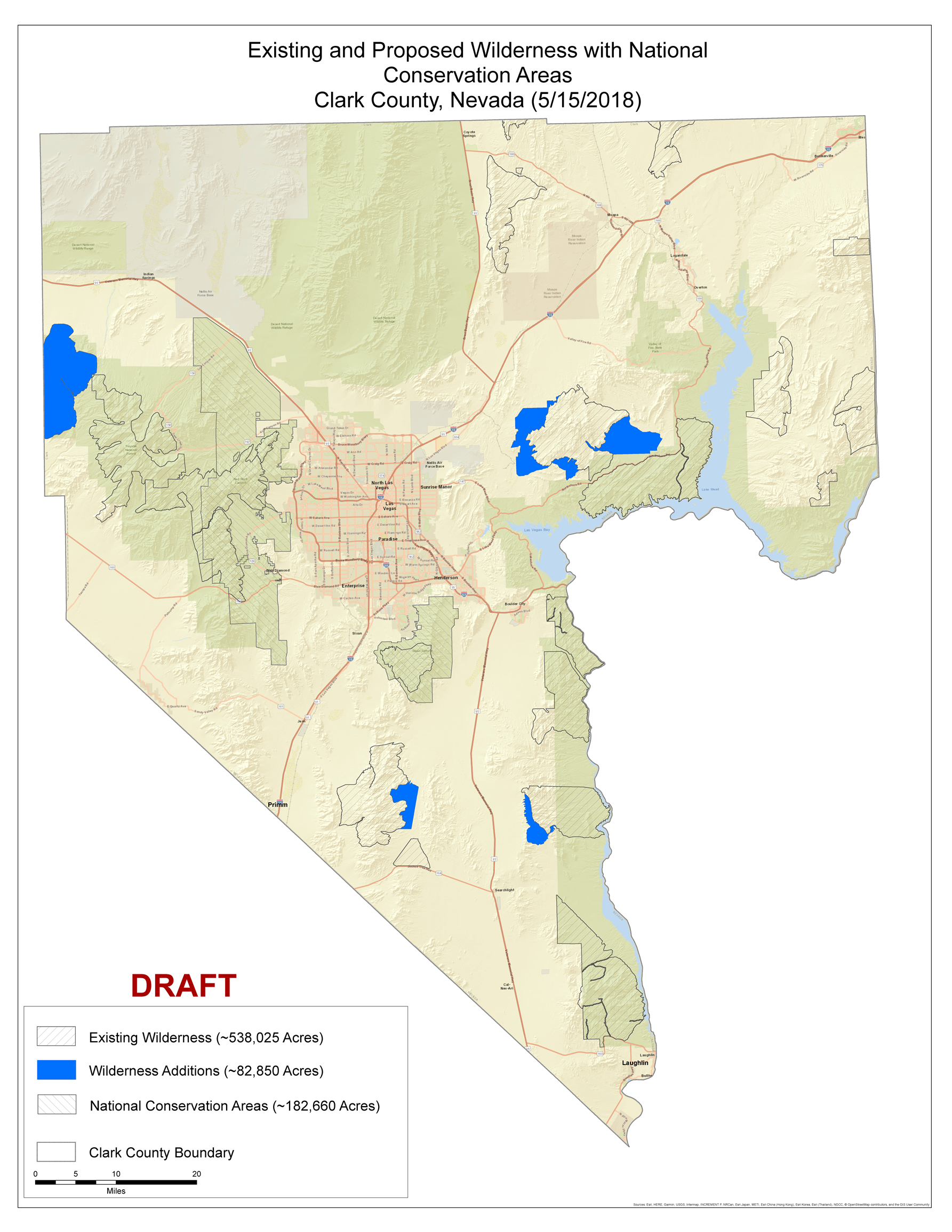 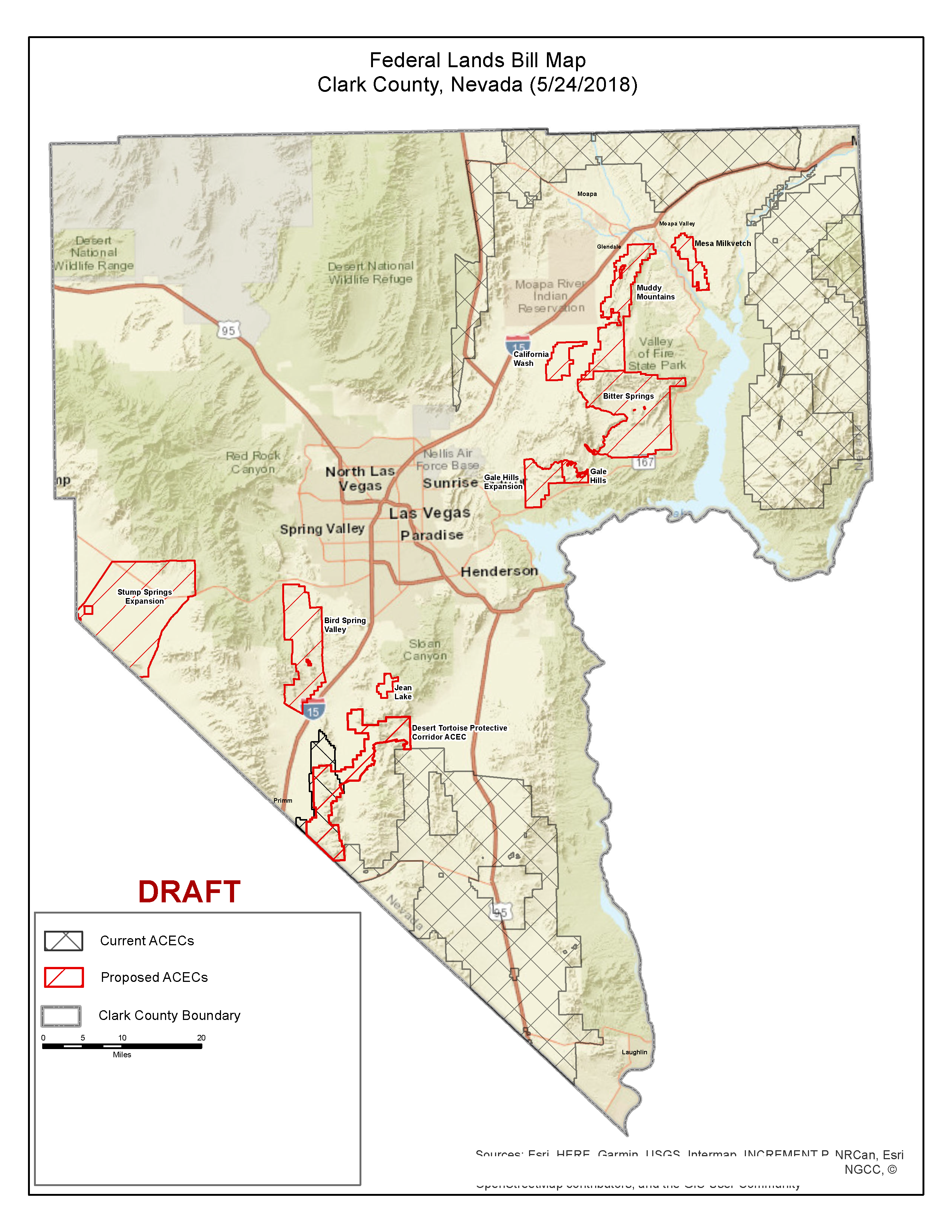 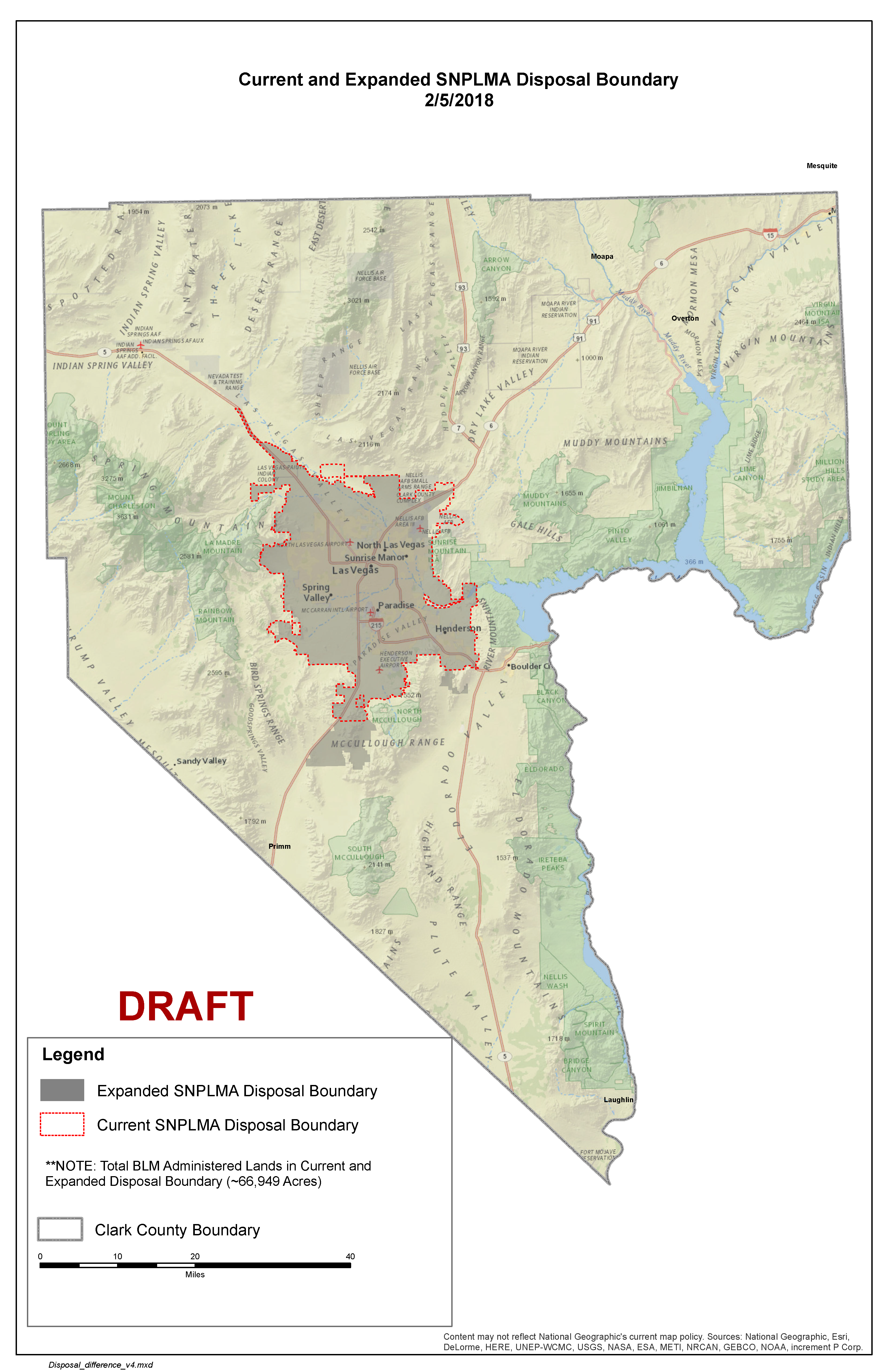 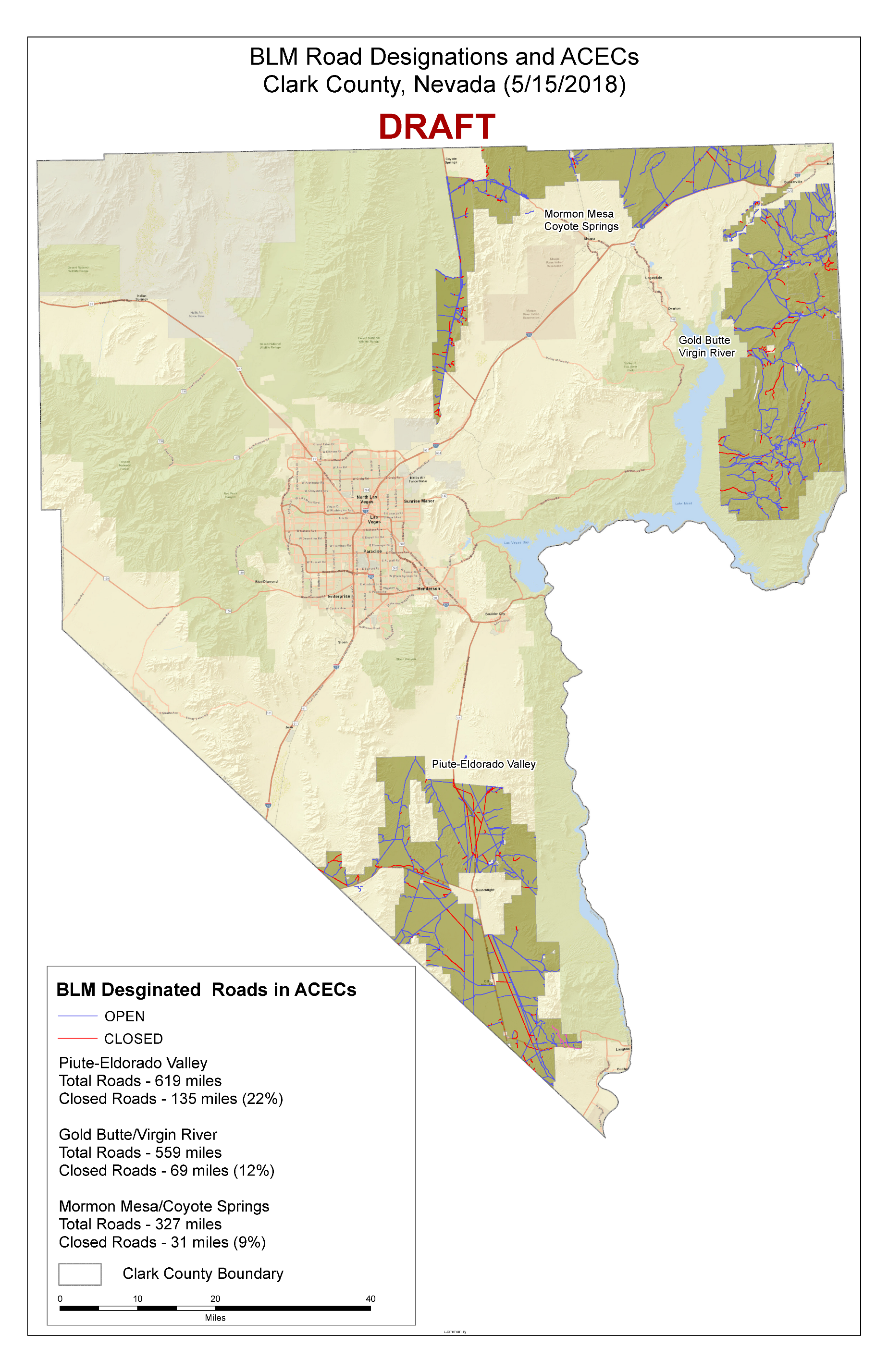