Arrow Canyon Wilderness was designated in 2002 under the Clark County Conservation of Public Land and Natural Resources Act, which was the culmination of decades of efforts by Friends of Nevada Wilderness and other conservation groups to protect Wilderness lands in southern Nevada. The Wilderness protections for areas such as Arrow Canyon assure the viability of natural habitats for approximately 232 Mojave resident species, including several listed as threatened or endangered. Arrow Canyon Wilderness is a component of the Bureau of Land Management's National Conservation Lands. 27,530 acres of valley, numerous deep washes, the Arrow Canyon Range reaching heights of up to 5,200 ft, and of course, the dramatic Arrow Canyon itself, highlight this Wilderness Area.

Arrow Canyon is the traditional home of the Southern Paiute, Western Shoshone, and Hualapai who have been living on and with these lands for countless generations.

Arrow Canyon Wilderness is made up of three distinct landforms: the craggy Arrow Canyon Range; wide valleys; and deep canyons. The Arrow Canyon Range lies along the west edge of the wilderness. This craggy block of tilted sedimentary carbonate rock exposes the underlying strata along the west side of the ridge. This fault scarp is several thousand feet high and is marked by black and white bands of carbonate rock and quartzite that run the length of the entire range. The northeastern central portion of the wilderness area contains a wide valley cut by numerous washes, while the east side is characterized by a series of deep washes. 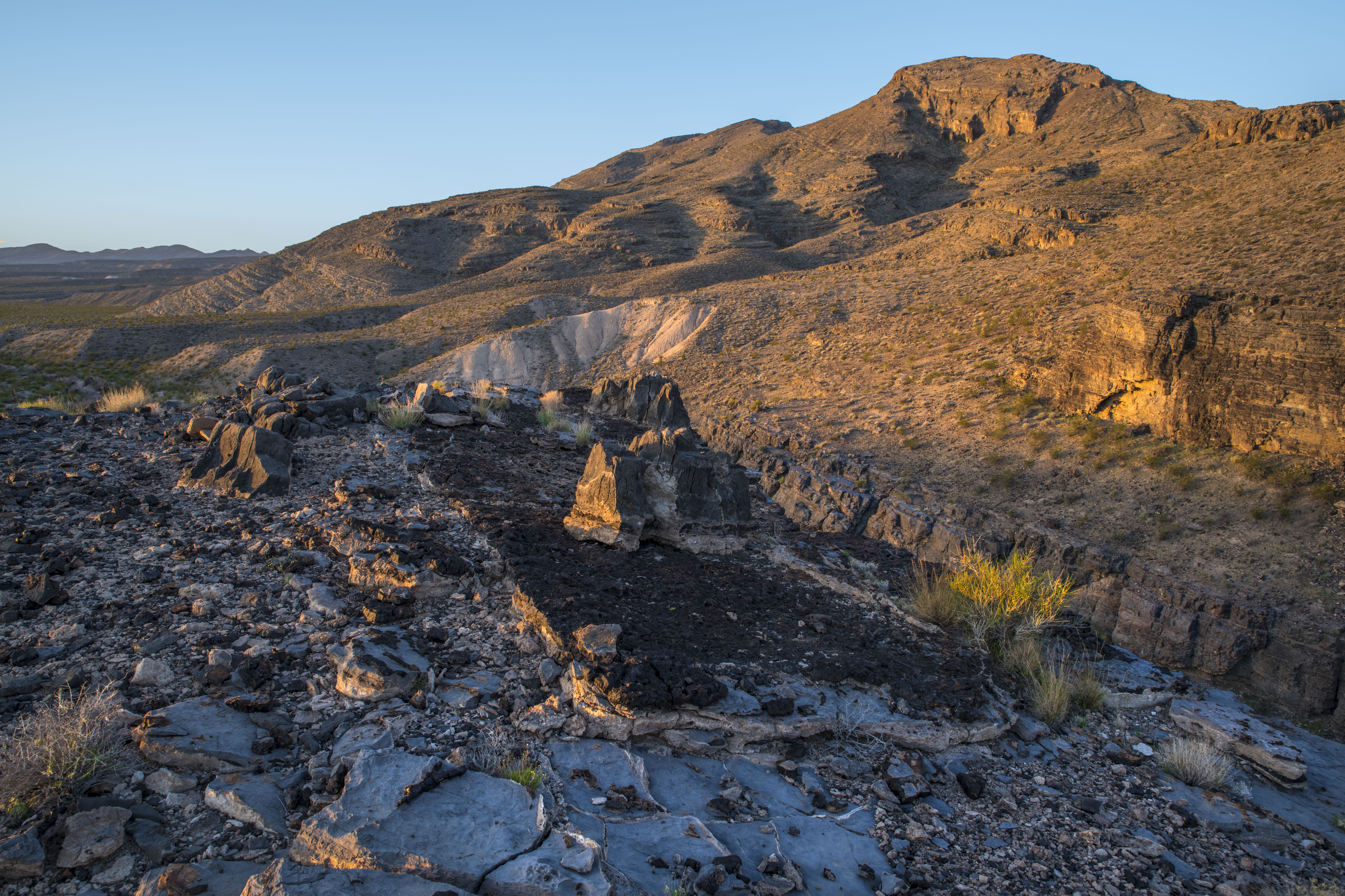 Arrow Canyon itself is a beautiful slot canyon dotted with petroglyphs. It is deep and narrow with sheer walls reaching up to 300 ft high and standing only 18 ft apart at its narrowest point (hikers, be aware of the increased risk of flash floods here). It is so narrow that in winter sunlight rarely reaches the canyon floor. The canyon has been identified as a potential traditional cultural property due to the high concentration of petroglyphs. It is considered a culturally, historically, and spiritually significant area to the Moapa tribe.

Rock Climbing is popular in Arrow Canyon and varies from grades 5.8 to 5.12, with the majority of 5.11 routes found on the vertical walls of the canyon and 5.12 routes located in two caves. Responsible rock climbing is encouraged in the area, but be aware that installation of permanent fixed anchors is prohibited.

Hiking, backpacking, horseback riding, camping, and petroglyph viewing are the other predominant recreational activities in the Arrow Canyon Wilderness. Fossil corals, mollusks, brachiopods and other specimens can also be found throughout the region. However you choose to enjoy your public lands, it is imperative in Arrow Canyon Wilderness that all visitors avoid impacts to cultural resources. Petroglyphs can be degraded through physical contact with the elements, bolts, fixed anchors, poorly located campfires and ad hoc shooting.