5 Reasons to Save the Desert National Wildlife Refuge 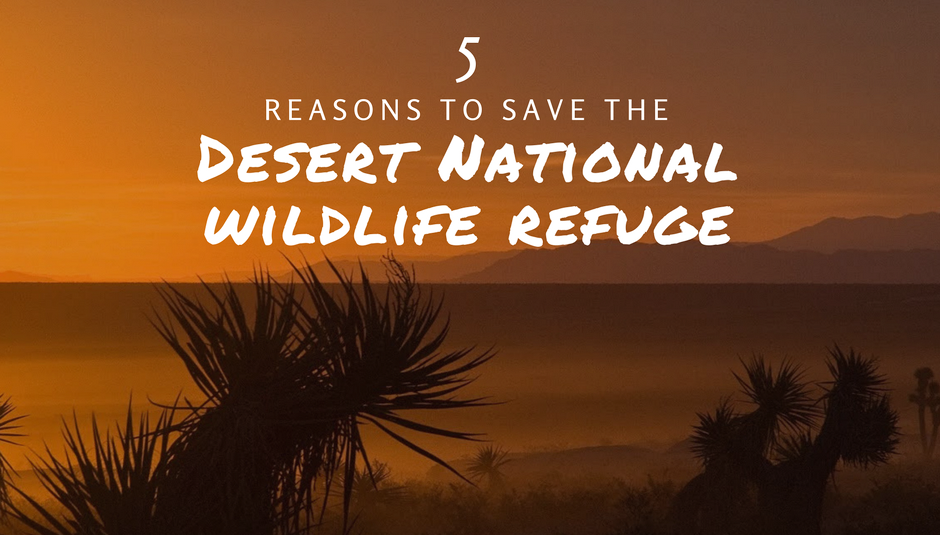 Well, unfortunately, the Air Force has proposed a land withdrawal that will take nearly 300,000 acres of land away from the Desert Refuge ending public access in many areas. The Air Force claims to need the extra space for expanded buffer zones and high speed aircraft that have outgrown areas previously annexed from the Desert Refuge during World War II and later withdrawals. With the Nevada Testing and Training Range currently occupying 2.9 million acres, further encroachment on the Desert National Wildlife Refuge, bringing intense military action closer to the city of Las Vegas, is something many Southern Nevada residents adamantly oppose.

Here is Friends’ top 5 reasons why we want to save the Desert National Wildlife Refuge and you should, too. 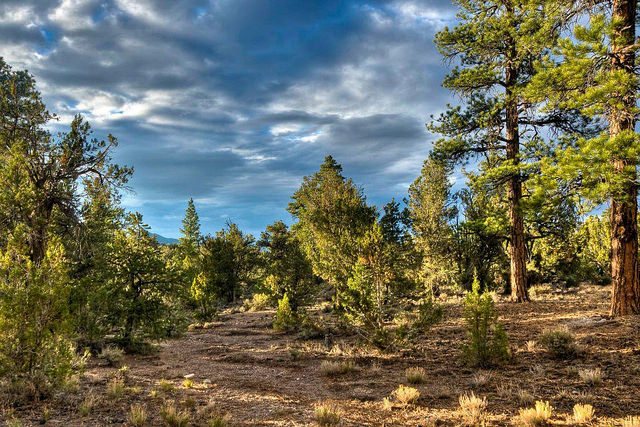 The labeling and protection of Wilderness is a largely American concept. Our 19th century writers and poets like Aldo Leopold, Henry David Thoreau, John Muir, William Cullen Bryant, Ralph Waldo Emerson, among others, expressed a love for nature and spending time alone in Wilderness. This Natural Renaissance ignited a curiosity in the outdoors among many Americans of the time. Today, only 5% of America can be labeled as Wilderness. Lucky for us, we have millions of acres in our backyard. The Desert Refuge has over 1.2 million acres of proposed wilderness alone!  Unfortunately, these areas are some of the few left on the entire planet! 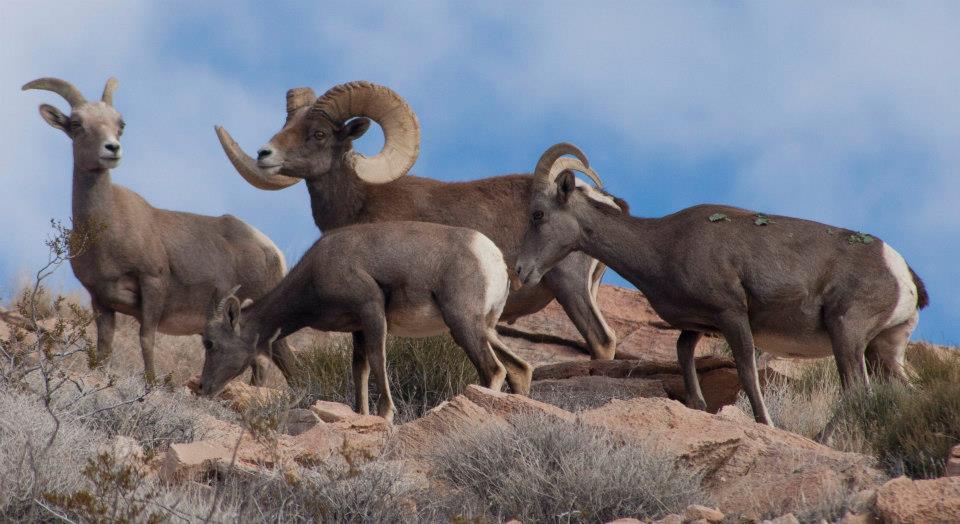 There is a reason we started the hash #DONTBOMBTHEBIGHORN when the Air Force released its land withdrawal LEIS. The Desert Refuge was first protected in 1936 to provide habitat for bighorn sheep. In 1973, Nevada designated the desert bighorn sheep as the official state animal. More than 800 desert bighorn call the area home, with many of them retreating high into the rugged terrain of the Sheep Range. Many field researchers have been monitoring the population of bighorn sheep in Nevada due to their decline in recent years. It is believed that the Desert National Wildlife Refuge is home to one of the largest concentrations of bighorn sheep! It would be a shame if hikers, photographers, or researchers lose access to these majestic creatures.

3. Half of the Desert National Wildlife Refuge is Already Inaccessible 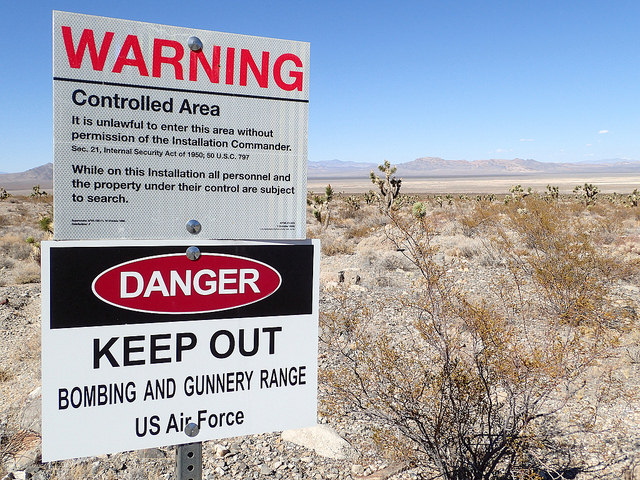 During World War II, shortly after the Desert National Wildlife Refuge was dedicated, 846,000 acres were given to the War Department to be used as an aerial bombing and gunnery range. Over the years, more swaths of land were acquired for military use. For full details, check out the Desert Refuge timeline on our site. While we fully support our nation’s troops, we also understand that wildlife can not see these imaginary lines called borders we create. Larger animals may become entangled in fencing, which may lead to death. The Desert Refuge was initially created to protect wildlife not to entrap them iin hundreds of miles of fencing or scare them with artillery shells and bombing exercises. Do we really need 300,000 more acres of destroyed wildlife habitat? No, we do not! 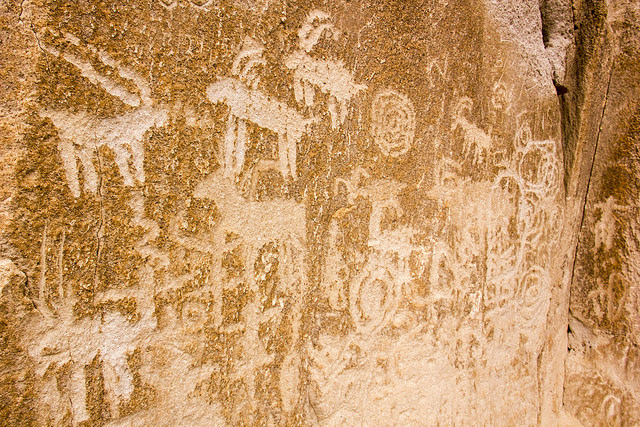 Alamo and Mormon Well roads traverse the Desert National Wildlife Refuge from the Corn Creek Station Visitor’s Center. These roads were originally created as a wagon trail by pioneers who settled in the Las Vegas Area. Using these historical trails, visitors can view historical sites from Natives like petroglyphs and Agave roasting pits or remnants of the pioneer era like the Dry Lake Corral. The area has a rich history spanning a millennia as the land sustained both Native tribesmen and 19th century settlers. Today, they leave behind stories in the desert’s time capsule that echoes memories of a simpler time in history. 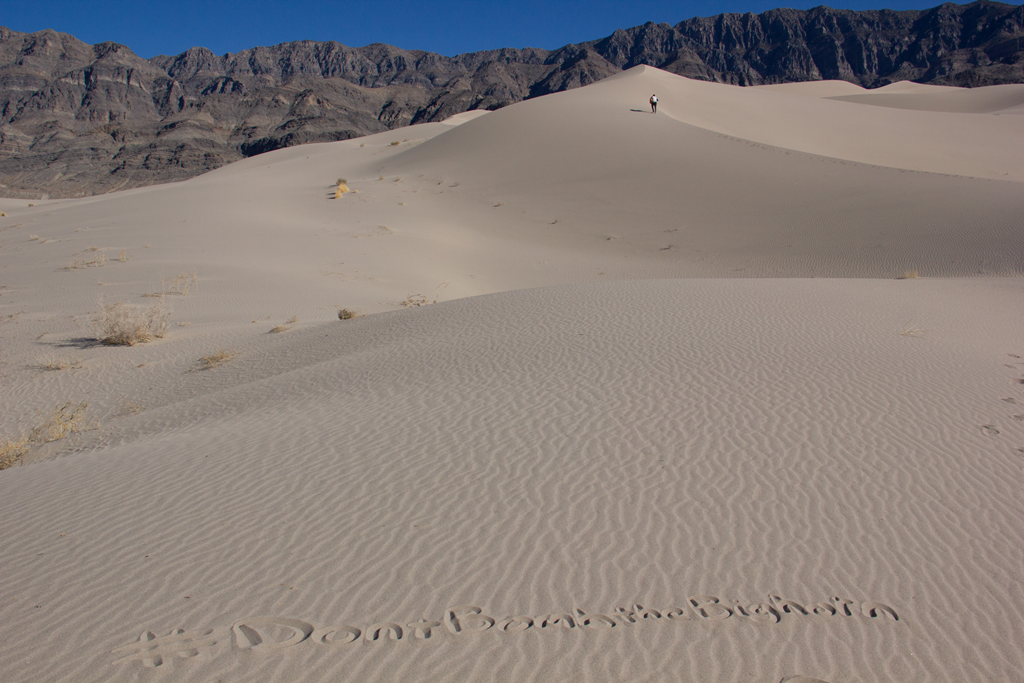 There are many secret treasures to be discovered in visiting the Desert National Wildlife Refuge. Many backpackers enjoy the Hidden Forest Cabin destination. Located at the end of Hidden Forest road, is a trail leading to another historical destination in the Desert NWR, Hidden Forest Cabin. The cabin was constructed in the late 1800’s to house the resident game warden. Over the years it has had many uses and today is a resting place and water source for hikers/backpackers. There are several large sand dunes and dry lakes preserved through time visitors can explore. Also, car camping is allowed in the Desert Refuge along the length of the roads within 50 feet and back-country camping is allowed throughout the entire refuge as long as it is at least ¼ mile away from water sources. How cool is that? The Desert National Wildlife Refuge is indeed a unique outdoor lover’s paradise worth protecting and saving for future generations.