The Benefits of National Wildlife Refuges

The second week of October is dedicated to the celebration of America’s National Wildlife Refuges. These ecological safe-houses are the life vein for many species of plants and animals who would die out without these protective borders. The National Wildlife Refuge System was created to be a “national network of lands and waters for the conservation, management, and where appropriate, restoration of fish, wildlife, and plant resources and their habitats within the United States for the benefit of the present and future generations of Americans." Many Americans live near refuges but few know why they exist, how they work or what are the benefits. Let's take a closer look. 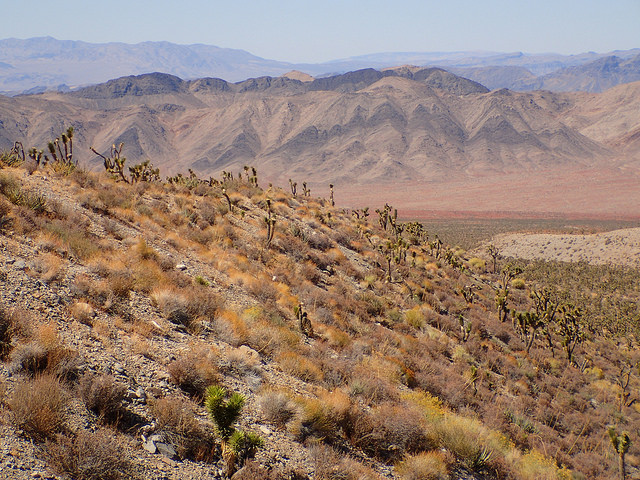 With 7 distinct life zones, The Desert National Wildlife Refuge is home to a diverse group of plants and animals. (Photo Michelle Napoli)

The National Wildlife Refuge System is under the jurisdiction of The United States Fish and Wildlife Service (USFWS or FWS), a government agency created for the management of fish, wildlife, and natural habitats.

The USFWS creates Comprehensive Conservation Plans for each location after consultation and consideration of private and public stakeholders.  This approach allows for specific goals to be listed and accomplished over a 15 year span to ensure conservation efforts are met, while also including public input to ensure everyone is a part of the process. Management of each of the more than 550 National Wildlife Refuges follows these strict guidelines to ensure the best is being done for the habitat's rehabilitation and conservation. 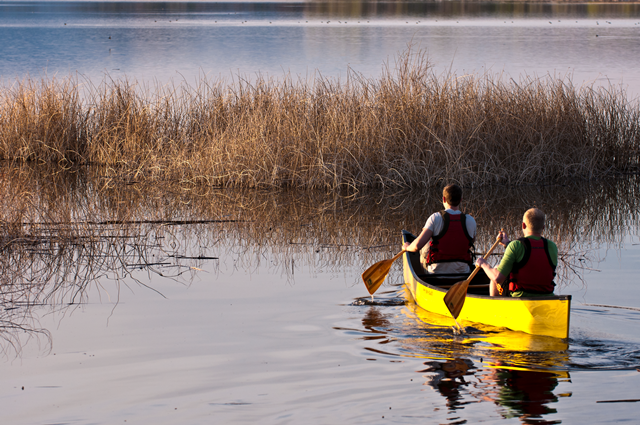 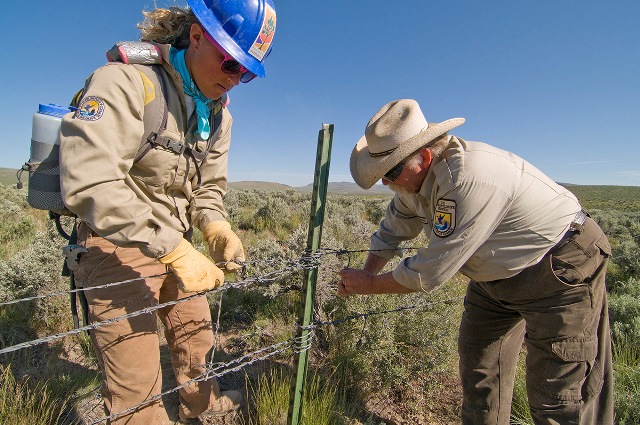 Friends of Nevada Wilderness has partnered with the US Fish & Wildlife Service to fund a Sheldon Refuge crew since 2011. (Brian Beffort)

The long term goals of any National Wildlife Refuge is the protection and preservation of naturally occurring wildlife, native plant life and habitat. These goals take dozens of years to complete and will require many hands along the way. Through educating the public on conservation and working with the public to develop Comprehensive Conservation Plans (CCPs), a consistent message of respect for wildlife and sharing accountability of our impact on the natural world is conveyed. From becoming a US Fish & Wildlife employee or volunteering at a National Wildlife Refuge, the youth can get involved and stay involved. Many Refuges have junior ranger programs to inform the younger generation about the beauty found in nature and how they can ensure this beauty is around for many generations to come.

National Wildlife Refuges benefit not only wildlife and the biodiversity they’re designed to protect but all visitors who travel to the Refuges for various reasons. Still, the largest benefactors have yet to step a foot inside of a Wildlife Refuge.  The future generations of Americans who may work at a National Wildlife Refuge as a biologist or volunteer, or visit a Refuge as hunters and anglers, hikers, birders or any other capacity, will reap the largest benefit. Our Refuges are here to be a living legacy to the majestic natural wonders of our nation. Take some time to get to know your local Refuge. You will not be disappointed!