While it’s no surprise to us, the recently validated fact that a vast majority of Nevadans, and Westerners as a whole, support conserving our public lands is a message that needs to be spread far and wide.

According to the 2022 Colorado College “Conservation in the West” poll, 77% of Nevadans support a national goal of protecting 30% of America’s lands and waters by 2030, and an overwhelming 84% support creating new national monuments, national wildlife refuges and other areas for conservation and recreation purposes.

In addition, 74% of Western voters say that the presence of national public lands in their state helps the state economy, while a mere 5 percent says it hurts the economy. And 85% of respondents say these are important issues to consider when deciding which candidates to support for public offices.

“Speaking of percentages, we’re proud that 100% of the work we do at Friends reflects what Nevadans care about when it comes to public lands,” said Executive Director Shaaron Netherton when the poll results were released. “The public policy that determines how these lands are managed matters to most of us. We’re gratified to see that validated by this enlightening report and hope that decision-makers everywhere take it to heart.”

The list of issues we care about is long, from climate change, drought and disastrous wildfires, to overcrowding and a lack of resources to properly care for our favorite public places to recreate. 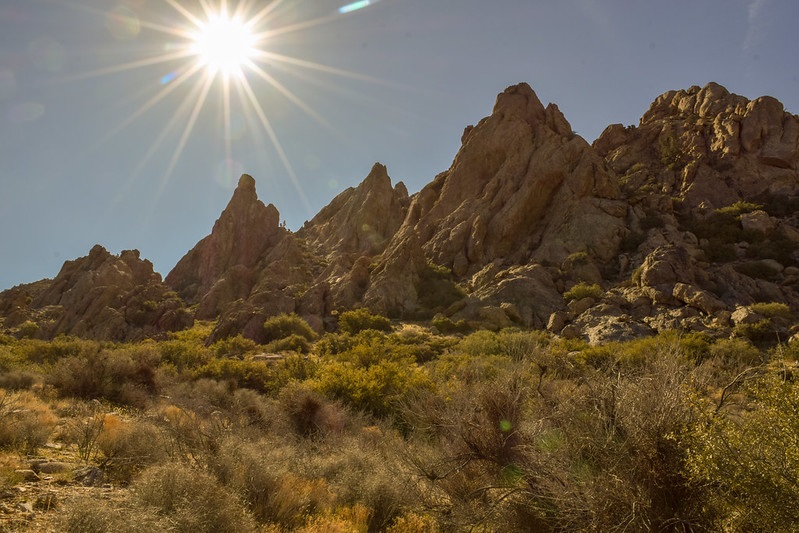 When asked about a specific proposal, there was 55% strong support and 79% total support for designating existing public lands just east of the Mojave National Preserve in southern Nevada as the Avi Kwa Ame (Spirit Mountain) National Monument, which would ensure outdoor recreation and help preserve sacred Native sites while not allowing energy development or mining on these lands.
Photo by Peter Sbraccia