La Madre Mountain and the adjoining Red Rock Canyon have served as an important cross-roads and desert oasis for humans for at least 11,000 years. Today this area is recognized as an area of cultural importance for Newe (Western Shoshone), Southern Paiute, Hualapai, Chemehuevi, and Mojave people. These lands provide resources such as seeds and pods from cacti, yuccas, various grasses, mesquite from washes, and pinion nuts from the higher altitudes. Hunted animals include rabbits, coyotes and rodents from lower elevations, and bighorn sheep and deer. Unique to this region is the large number of roasting or mescal pits. These are circular features primarily used to roast bulbs from the agave plant. La Madre Mountain is also filled with rock shelters, milling sites, camp sites, lithic scatters, and rock art panels, many of which are included in the  Brownstone Canyon Archaeological District listed on the National Register of Historic Places. These features indicate the depth and intensity of Native American occupation of the La Madre Mountain area. The abundant petroglyph and pictograph elements in the area represent a considerable diverse culturally-mixed use of the area. All artifacts are protected by law. Please respect these lands and traditional uses by Native American people who have utilized these lands as an important part of their respective cultures for countless generations. No rock climbing within 50 feet of petroglyphs and pictographs. Do not touch or walk upon petroglyphs and the rare pictographs. 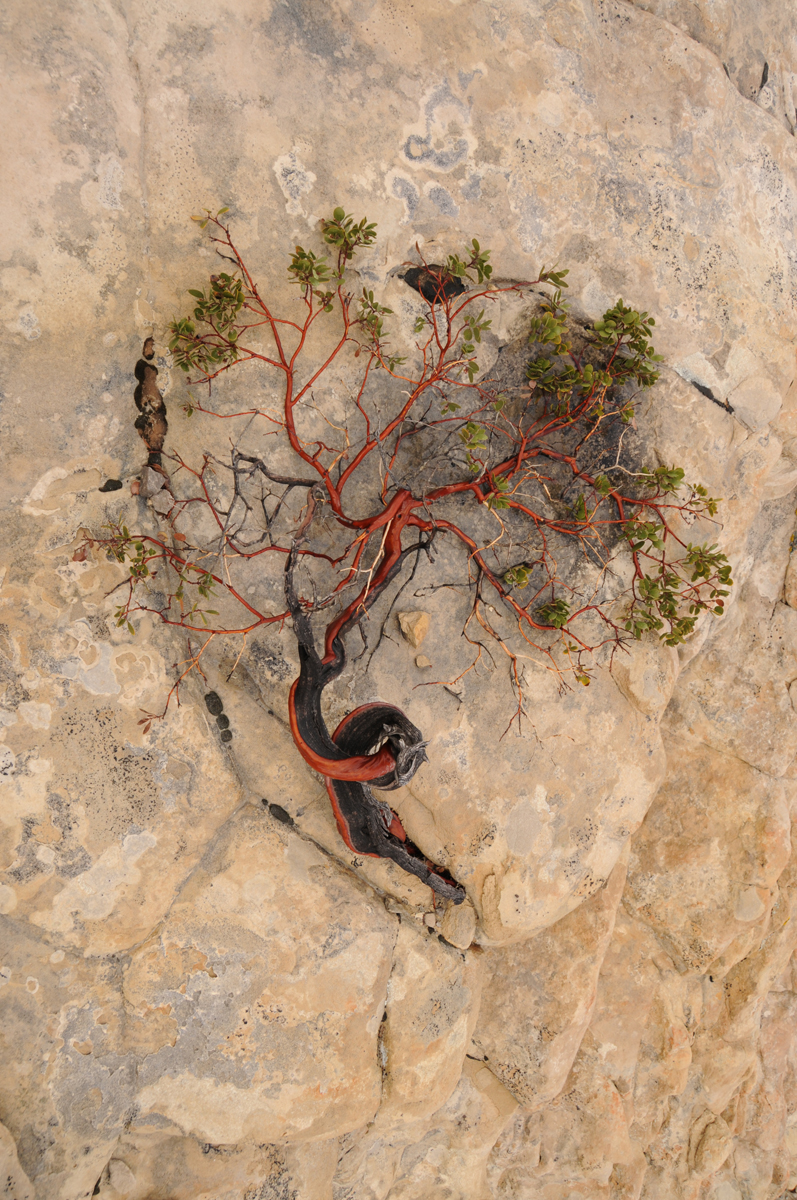 Historic use of southern Nevada began in 1826 with blazing of the Old Spanish Trail by American and Mexican explorers. Fremont revised the route of the Old Spanish Trail through southern Nevada in 1844, for the first time cutting through the lower portion of what would become Red Rock Canyon. Colonizing efforts by the Mormon Church initiated the settling of a mission and ranch site near what is now downtown Las Vegas in 1855. This first settlement was abandoned in 1857. Ranchers began occupying the Las Vegas valley in 1865 and the Wilson Ranch was establish in what is now the Red Rock area in 1880. 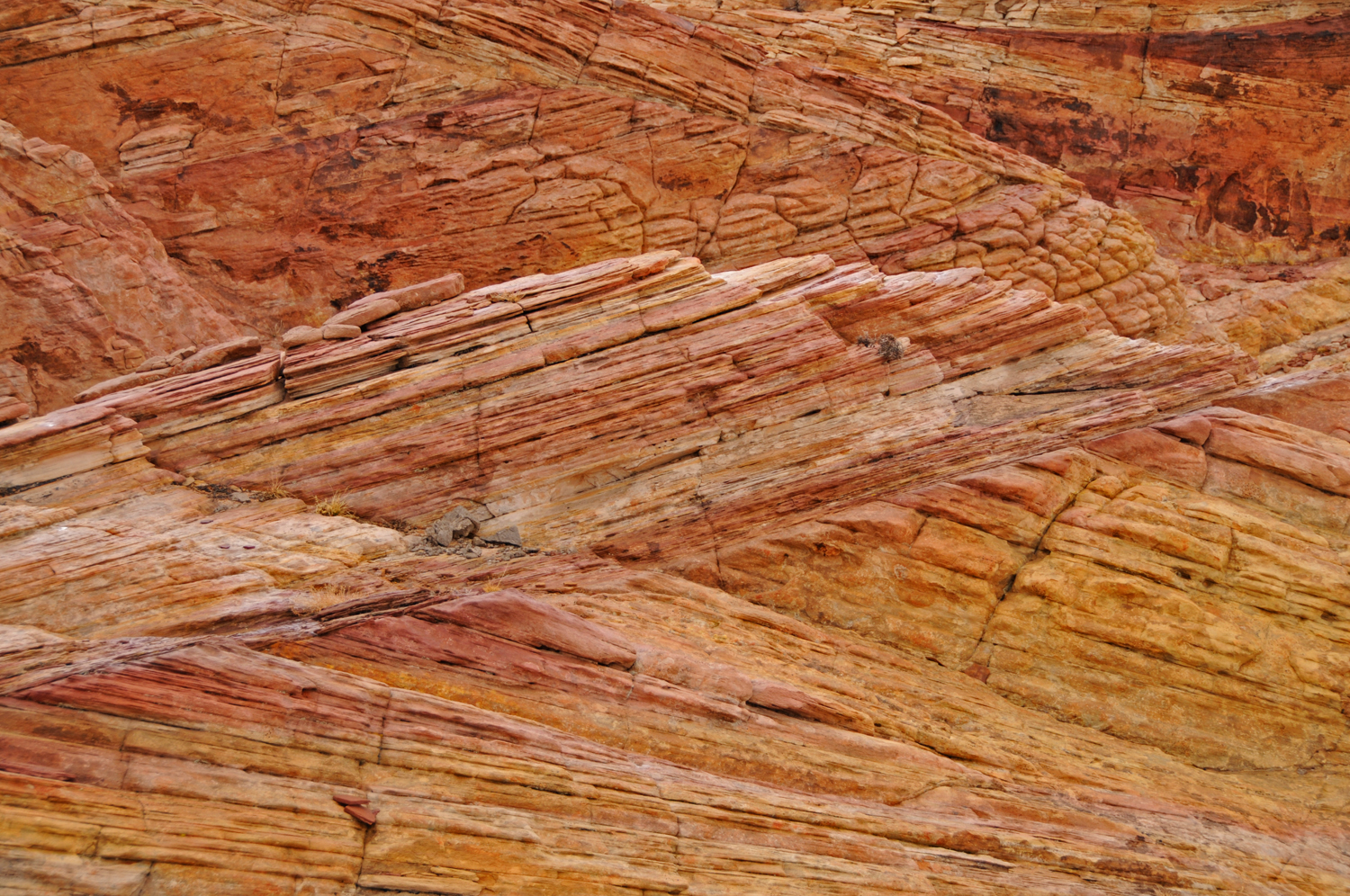 Geology
The Red Rock escarpment, also known as the Sandstone Bluffs, is composed of Aztec Sandstone. The cross-bedded sandstone demonstrates their origin as former sand dunes. The bright reds and whites of the sandstone formations in the southeastern part of this wilderness contrast sharply with the rough gray limestone cliffs of La Madre Mountain, forms a continuous cliffy slope (the Wilson Cliffs) more than 2,000 feet high and about 12 miles long. The La Madre escarpment was formed by the Keystone Thrust Fault, where the land was compressed along a fault line. This compression caused buckling that resulted in older limestone rock being pushed up and over younger sandstone. The Keystone thrust formation is internationally regarded as the single finest example of a thrust fault. Soils in the canyons are composed of colluvial and alluvial limestones and sandstones. Canyon washes are strewn with large boulders.

Plants
The flora is diverse, ranging from dry Mojave Desert Scrub on the lower slopes to Bristlecone Pine forests at the highest elevations where snow lingers far into the spring. The large variation in elevation (6,000 feet) provides for a variety of tree, from mesquite in the lower canyons, to Pinyon-Juniper Woodland, and subalpine communities of white fir and ponderosa pine. Common plants are blackbrush, sagebrush, Spanish bayonet, prickly pear cactus, desert almond, and some pinyon pine and juniper stands. A major source of food to the people occupying this area was agave. This plant is commonly found in the limestone substrate, but stalks also grow on sandstone and limestone terraces within some washes.