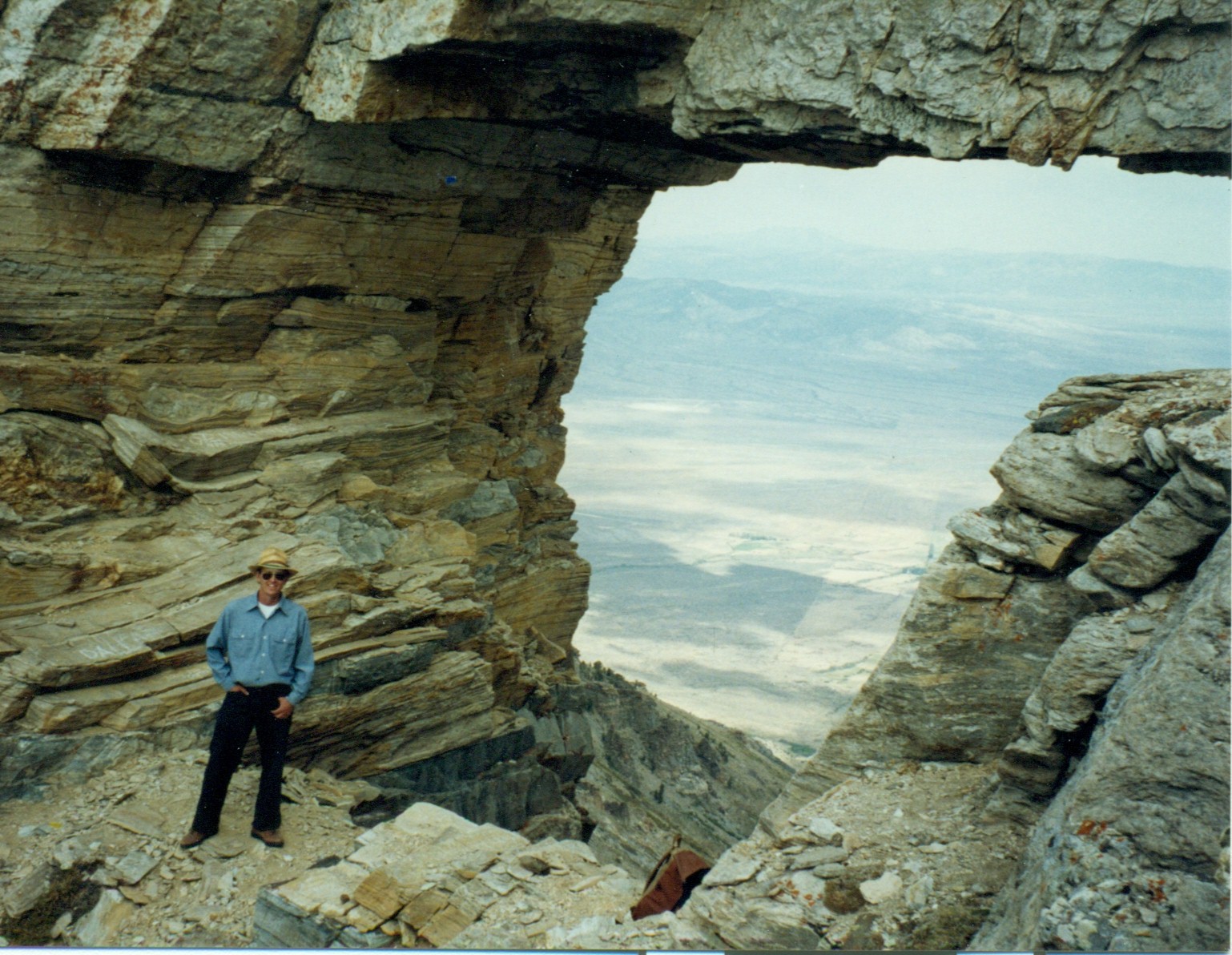 This area’s rich cultural prehistory is documented by prehistoric bighorn sheep hunting blinds on high elevation ridges, as well as by hunting camps and temporarily occupied caves. The East Humboldt Range, from the name of the mountain to the names of the geographic features, commemorates only the Anglo American history of the region. The highest point of the range is called Hole-in-the-Mountain Peak today. This unusual feature suggests an older and perhaps more culturally appropriate name for the range and Wilderness: Taindandoi or Tainyandoya, the Shoshone name for the mountain, which references the unusual rock-window outcrop along the skyline, just south of the peak. This could be an important step in recognizing the deep historical connection, dating back to perhaps 14,000 years ago, of the Native Americans in this region. 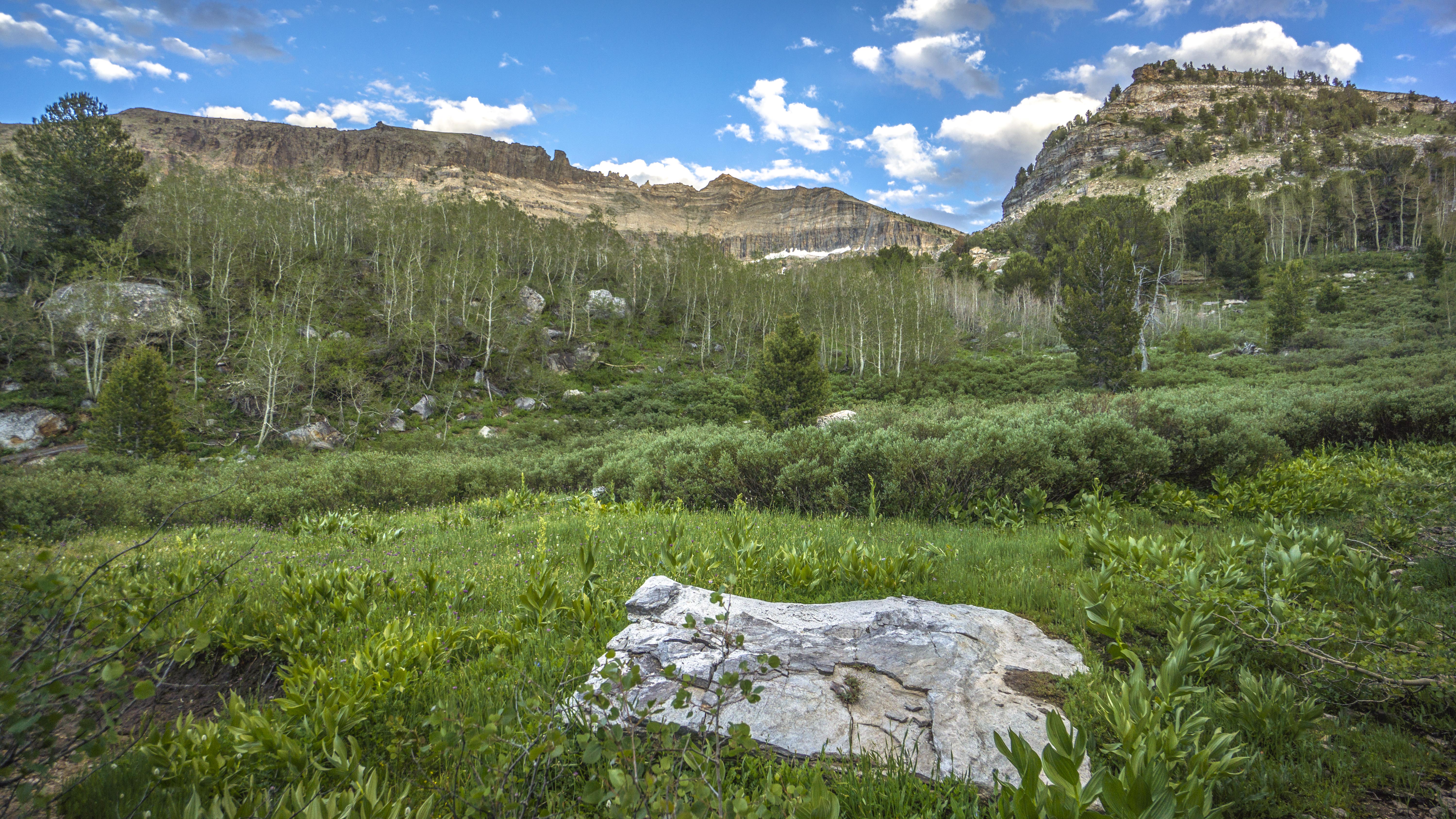 Geology
The core of the East Humboldt Range and the neighboring Ruby Mountains is composed of heavily metamorphosed late Prepaleozoic and Paleozoic sedimentary rocks. In the Late Triassic, through the middle Cretaceous, and (in some places) as late as the Miocene, these sediments were deeply heated and folded by intrusive granitic dikes and sills. This metamorphosis and intrusion was so intense, that nearly one third core of these mountains became igneous rock. After this core was metamorphosed, these rocks were raised and faulted during an upwelling of heat starting about 6 million years ago, which raised the landscape of Northern Nevada and stretched the crust thin. This stretching, faulting, and thinning of Nevada continues to today. During the Pleistocene, the up-faulted metamorphic core of the East Humboldt Range experienced extensive glaciation resulting in an abundance of classic alpine landforms including: cirques, glacial horns, arêtes and hanging valleys. The glacial forms in the east Humboldt Range were first described in 1931 by geologist Eliot Blackwelder. Blackwelder named one of the episodes of glacial expansions and retreats after Angel Lake (this glacial episode correlates well with the Pinedale glaciation in the Rocky Mountains and the Tioga glaciation in the Sierra Nevada). Glacial moraines associated with a steep cirque on the northeast side of the mountains continue to hold the waters of Angel Lake today. Steep glacial cirques craving into the 11,000-foot peaks of the East Humboldt Range represent the head of each of the glaciers in this range during the Pleistocene. In this Wilderness the average elevation of these cirques lies about 8,900 feet. This abundance of more than 50 cirques and associated glaciated alpine features in the East Humboldt Range and the Ruby Mountains is unique in Nevada.

Plants
Anchored in the center by 11,127-foot Hole in the Mountain Peak, northeastern Nevada’s East Humboldt Range and this Wilderness host a variety of vegetation: grasses and sage at lower elevations, pinion, juniper, and mountain mahogany in the middle elevation, and limber pine and aspen in dense stands at higher elevations. Above the 10,500-foot treeline, the vegetation becomes true alpine tundra.