Over 5,000 years ago Native Americans spent summer months hunting, stalking, and ambushing bighorn sheep with atlatls from stacked-stone blinds on the alpine summit of Alta Toquima. About 1,880 years ago, village sites appear on this desolate summit, as women and children began spending summers at these upper elevations and complimented the diet of bighorn and marmot meat with limber pine seeds, cactus flesh and seeds, and the bulbs. The research of these villages and hunting sites, conducted by Dr. Dave Thomas of the American Museum of Natural History in the early 1980s, also revealed that some of the food materials were hauled up from lower elevations including pinyon pine seeds and bulrush seeds that must of originated from the valley marshes, 4,300 feet below the summit. Dr. Thomas postulated that this high altitude village was seasonally and sporadically utilized up until early historic times when population pressures from miners and ranchers and their livestock extirpated the bighorn sheep from this area. The remote village is located on a 15-to-30 percent slope, an added challenge for both the prehistoric village dwellers and modern-day visitors who brave the steep slopes and long rocky climb to reach the site.

The tradition that the name of the Toquima Mountains derived from the name of a Mono band living in the lower Reese River Valley may be erroneous. "Toquima" translates as "black backs." This moniker most likely was used to describe the mountains and the name became attached to the band of Mono people because they lived in proximity to the mountains. Small tribes were often refered to by a prominent landform near where they lived near.

Trees
Large groves of aspen and limber pine crowd the upper canyons, and in late July the high meadows may be rich in wildflowers. 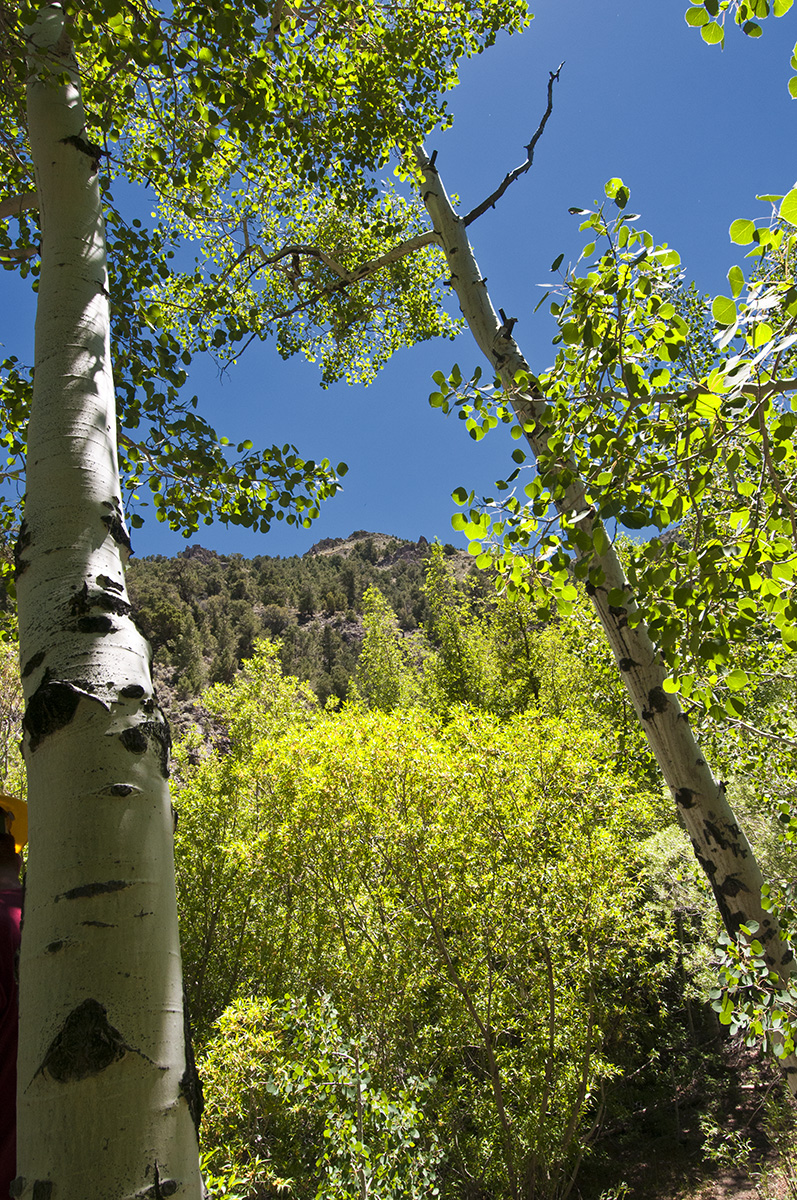