On September 15th, the House passed a collection of Northern Nevada land bills, two of which would create nearly 73,500 acres of new wilderness in the state - our beloved Wovoka and Pine Forest Range areas.

47,500 acres south of Yerington in Lyon County would be designated as the protected Wovoka Wilderness while 26,000 acres as wilderness in the Pine Forest Range in Humboldt County northwest of Winnemucca would be set aside. 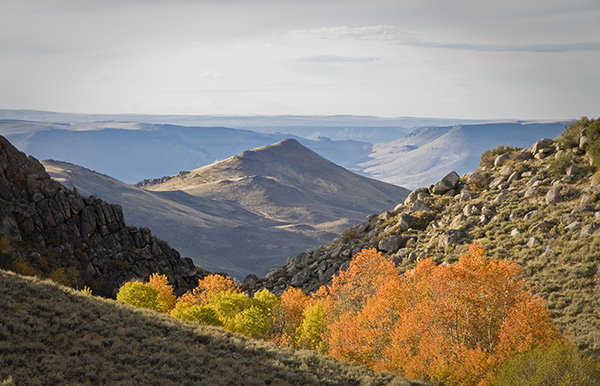 The legislation was stalled in the House earlier this year, but negotiations among Reps. Steven Horsford, D-Nev., Mark Amodei, R-Nev., and leaders of the Natural Resources Committee resulted in a compromise that now heads to the Senate for final action.

“We’re transferring land that was in federal management back to the state for economic development and conservation,” said Horsford, adding it would be the largest wilderness bill to be passed by Congress in four years.

Horsford said House passage was a “tiny crack in the dam of congressional gridlock.” He said he was hopeful it would prove a precursor to House action on a stalled Southern Nevada lands bill anchored by the designation of fossil beds at Tule Springs in Clark County as a national monument.

Amodei noted similar legislation passed the House last year but died in the Senate when key senators decided it did not contain enough wilderness. He said that issue was addressed in the new bill and challenged the Senate to grant it final passage. Sens. Harry Reid and Dean Heller of Nevada are sponsors.