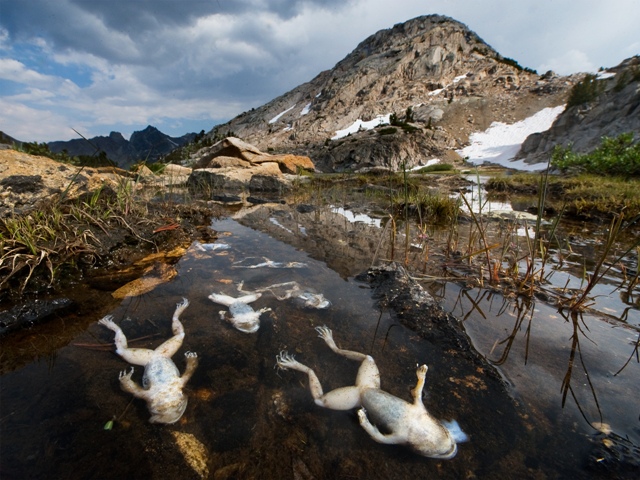 Anthony Waddle is a graduate student at UNLV studying the Relict Leopard Frog (once thought to be extinct) and the effects of chytridiomycosis on its declining population.  On July 6th he'll give a presentation titled, Emerging infectious disease and the imperiled relict leopard frog.

The Relict Leopard Frog, Rana Onca, was believed to be completely extinct until three populations were found in Nevada during the early 1990's. These frogs formerly occurred in Utah along the Virgin River near St. George in Washington County. Biologists were not sure why the Relict Leopard Frog became extirpated from Utah, but recent findings show that disease may have facilitated this decline, as our speaker will explain.

Mr. Waddle will detail his findings and predictions of the future of this rare and fascinating species during his presentation.

We'll see you there!

Friends of Nevada Wilderness is hosting a monthly meeting the first Thursday of every month and we're calling it our Wild Speaker Series! This is a great way for folks who are interested in conservation to learn about current issues. Arrive at 6:45 to socialize and snack before the presentation at 7 pm. Please join us at REI Boca Park every first Thursday for a new speaker every month!