Wild Washoe - Where The Pavement Ends By Erik Holland 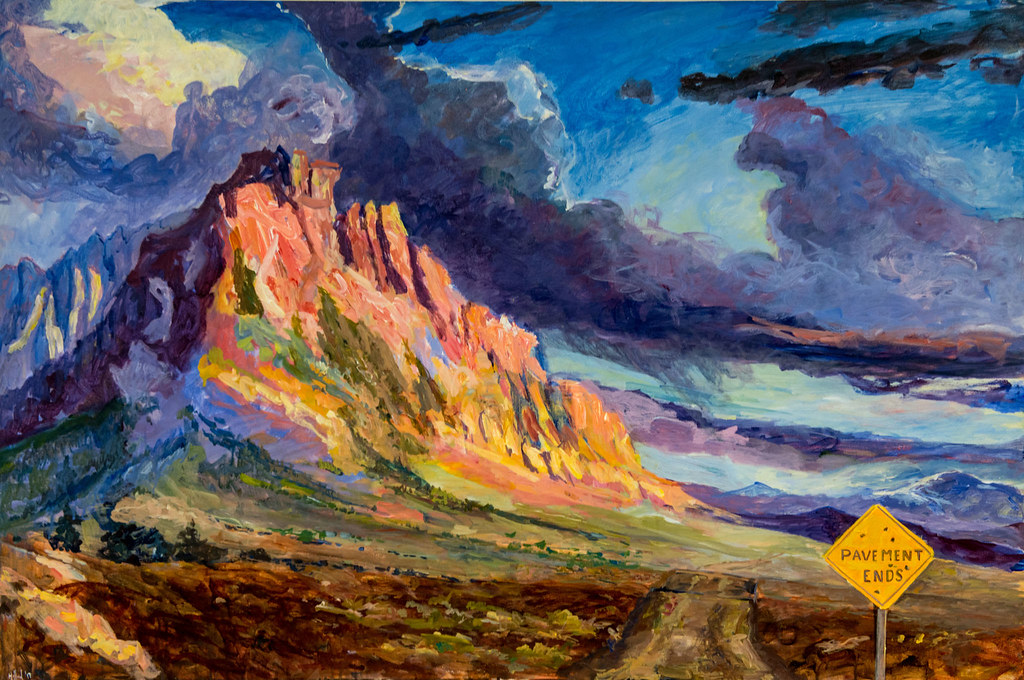 Erik is generously donating 50% of the proceeds from the sale of pieces in this gallery.

Wild Washoe celebrates the awesomeness that is northern Washoe County, from the turquoise waters of Pyramid Lake, to the plain below Tule Peak where the antelope roam, from the varied rock formations of Incandescent Rocks to the Basque carvings in isolated aspen groves of Peavine, Wild Washoe is an amazing land. This show both celebrates our region, and the artist urges the preservation of the area. The challenges are large, but the opportunity is great as well. In Winnemucca Valley, where the antelope roam, there are only two landowners, the Jaksick family, who own Winnemucca Ranch, and Bob Marshall, who owns and still ranches at the Marshall Ranch!

I am sure that Washoe County taxpayers won’t be excited to be subsidizing the paving of Winnemucca Ranch road so high-density development can occur within the planned Spring Mountain development.

There is still the problem that the Winnemucca Ranch remains within the TMSA, (Truckee Meadows Service Area), and within Reno’s ‘sphere of influence’, up-zoned for thousands of houses, through a Spring Mountain PUD approved by the Reno City Council in 2008. Then Councilman Dave Aiazzi was the deciding vote to upzone in a split decision.

I believe the lasting solution is to create a “Nevada Heritage Ranch’. We advocate finding a way to purchase both ranches from their owners. We have had several “Paint Ins” at the ranches, and a show of the results at the Potentialist Gallery in Reno. Currently, we have “Wild Washoe” at the Friends of Nevada Wilderness office at 1360 Greg St., Suite111, in Sparks. ”Wild Washoe” was at Reno City Hall July through September 2018 with the name “Winnemucca Valley-Nevada’s Serengeti. “

On Sunday, Sept. 30th, Longtime Sierra Club member, Ex-Com member and Chair, and scientist David Von Seggern is going to lead a hike into a wild area above the Marshall Ranch. Hikers will meet at the Chevron station at Pyramid Highway and McCarran in Sparks at 9:00 am. Hikers will be treated to a plethora of native bunch grasses, and maybe even antelope! The last time, I was there, I felt the ground tremble. Then I heard it! Then I saw it! Two gigantic black WILD stallions thundered across the landscape, with magnificent Tule Peak glowing orange in the alpenglow!