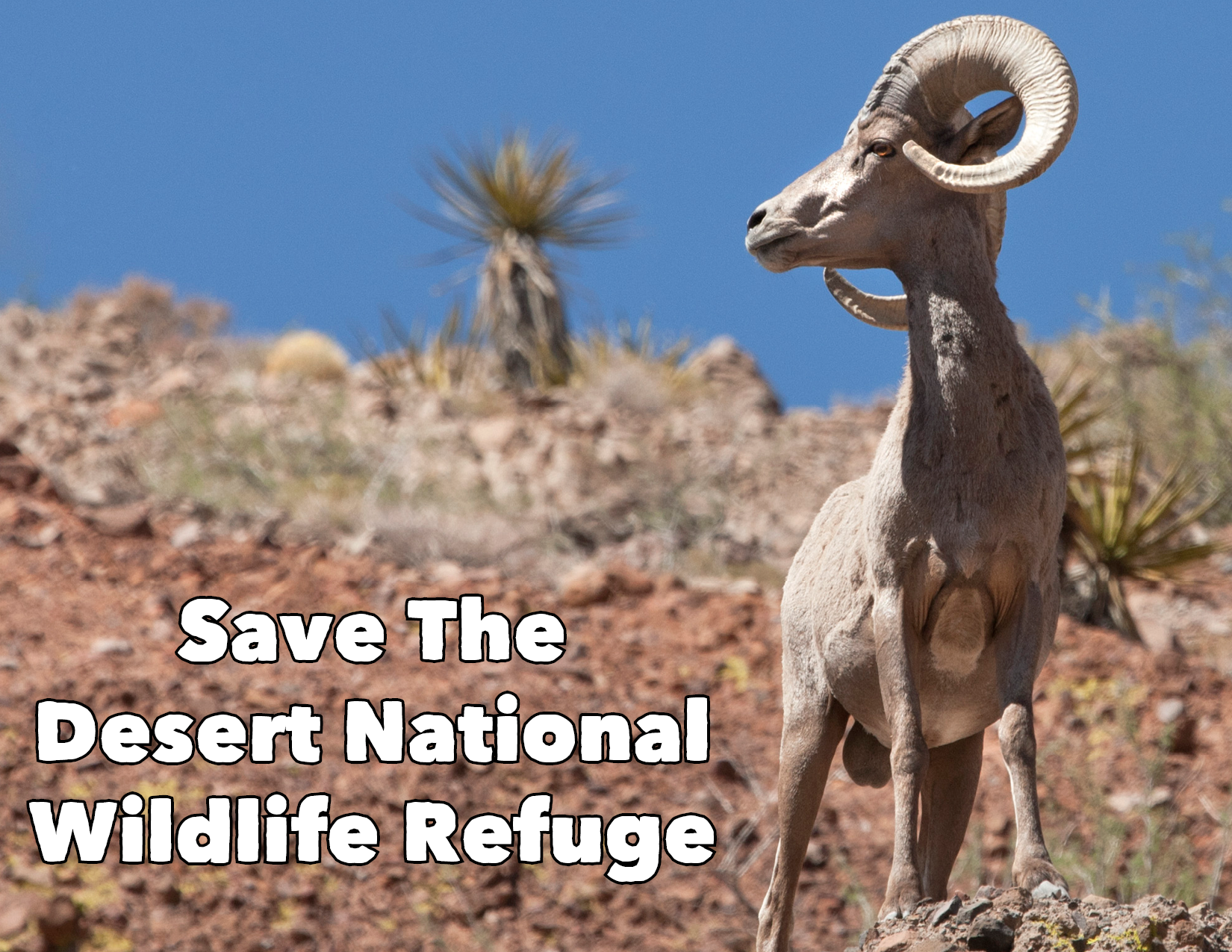 For the past few weeks, public hearings were held near the Nevada Testing and Training Range (NTTR) in the towns of Caliente, Alamo, Beatty, Tonopah and Las Vegas, Nevada regarding the Air Force's proposed land withdrawal from the Desert National Wildlife Refuge. These series of public hearings are part of the process of public acknowledgement and involvement in this withdrawal ask which ends in a vote by Congressional action sometime before 2021. The largest turnout occurred at the January 23rd meeting in Las Vegas as over 250 people packed into a meeting room located at the Aliante Casino + Hotel.

The meeting began for supporters of the Refuge curbside at the #DontBombTheBighorn Rally. About 50 people donned shirts, held signs and listened intently as speakers gave their reasons to why they support the Desert Refuge being protected as it is today for future generations. We were proud to host speaker Greg Anderson, Chairman of the Moapa Band of Paiutes. Mr. Anderson gave testimony on how his people, the Moapa Band of Paiutes, see the bighorn as Paiute people no different than human. He also stated how the Paiute people revere the mountains of the Desert Refuge, where the desert bighorn dwell, as sacred spaces that should be preserved and protected. Business professionals and our Southern Nevada director, Jose Witt, also spoke about what the refuge means to them and why we, the public, should care enough to get involved.

Once inside, the meeting room quickly filled up and wait staff were summoned to add extra rows of chairs. The Air Force was not prepared for the volume of public participation at this hearing! In comparison, the other public hearings only drew an attendance of about two dozen per while more than 250 people were present in Las Vegas! The meeting began with a video presentation from the Air Force. This 20 minute video explained the intentions of land withdrawal by the NTTR and covered the alternatives listed in the LEIS, environmental and economic impacts, as well as the length of land withdrawal renewal, which ranged from a few years to indefinite. Everyone in attendance sat patiently while the Air Force stated their case. The true highlight of the night would occur in the final hours as the public comment portion opened the floor for dialogue.

The first comment of the day was given to a public servant in attendance. Varlin Higbee, Lincoln County Commissioner, set the tone for the night by explaining how Alamo road connects Lincoln County to Southern Nevada and outdoor enthusiasts who wish to travel between the Desert and Pahranagat National Wildlife Refuges and onward into the town of Alamo. For the residents of Lincoln County, Alamo Road and the attraction of the Desert Refuge Complex is the lifeblood of their outdoor economy. Right away it was clear that this was not an environmentalist plea for a land grab. This was a citizen's appeal to keep public lands in public hands for various reasons.  Nearly 50 comments were made, lasting about two and a half hours, and ALL were in favor of Alternative 1, the status quo, which does not grant the military any more public land to do their weapons testing and personnel training. The surprise of the night came from a retired Air Force pilot who gave a comment questioning the need of the training range to expand. “I love the Air Force. But with our outstanding technology it astounds me that the Air Force would need more space to test these highly precise weapons", He implored with an insight and experience factor few others others in attendance possessed. The diversity of potentially adversely affected citizens who came to support the Desert Refuge from the proposed land withdrawal was a pleasant surprise to Friends and our coalition of organizations and supporters. Hunters, business men, politicians, jeepers, biologists, hikers, and mountain bikers all untied in favor of keeping the military from intruding further into our beloved refuge.

Here's What You Can Do! 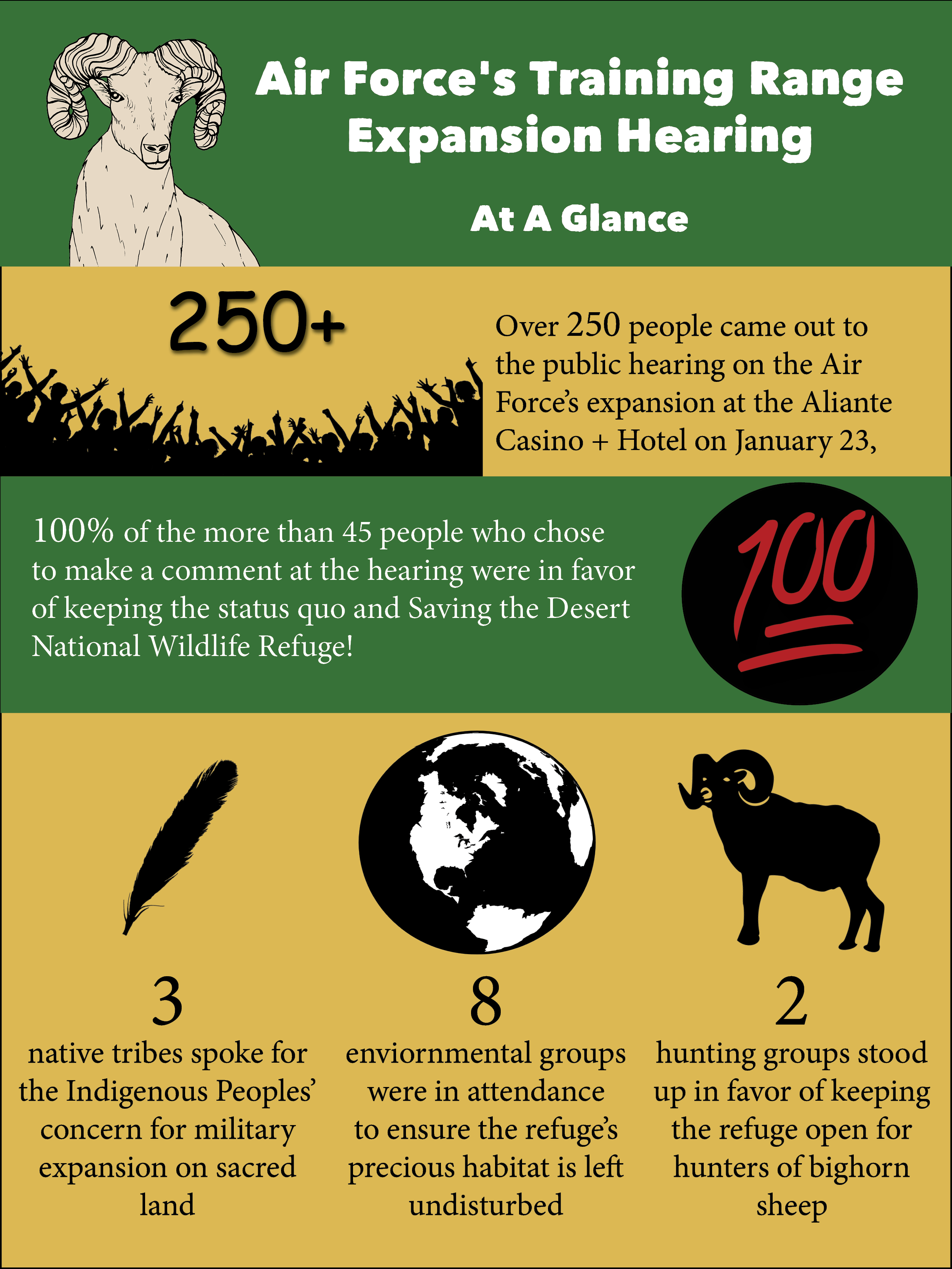 If you were not in attendance, you missed a treat. Voices from different backgrounds and organizations all stood up in a unified tone to let the Air Force know that losing access to 300,000 acres of public lands is simply not acceptable. But don't worry. There are still ways for you to get involved. The LEIS comment period will be open until March 8, 2018. Head over to our campaign page and send your comment today. Let the Air Force know why you stand with protecting the Desert Refuge and keeping public access open!

Join us on social media for updates and more information! 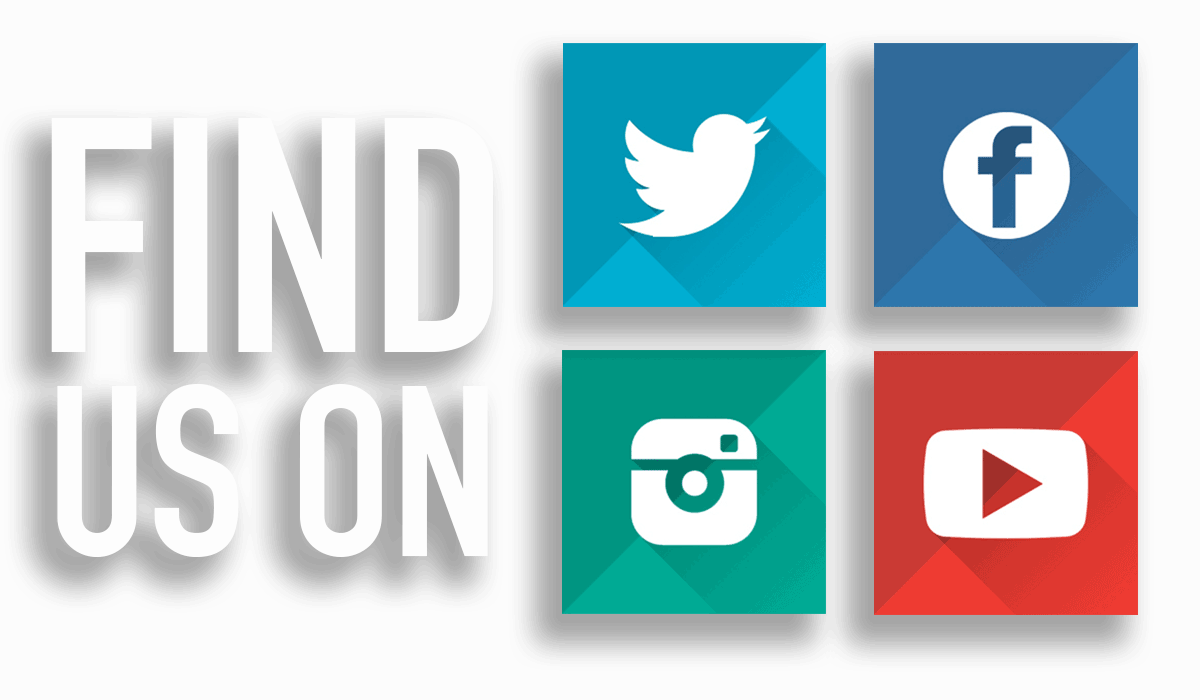