Join Patagonia, Friends of Nevada Wilderness, and the Sierra Club for the Reno stop of the "Protect our Homelands" film tour! This will be an evening dedicated to National Wildlife Refuge defense. 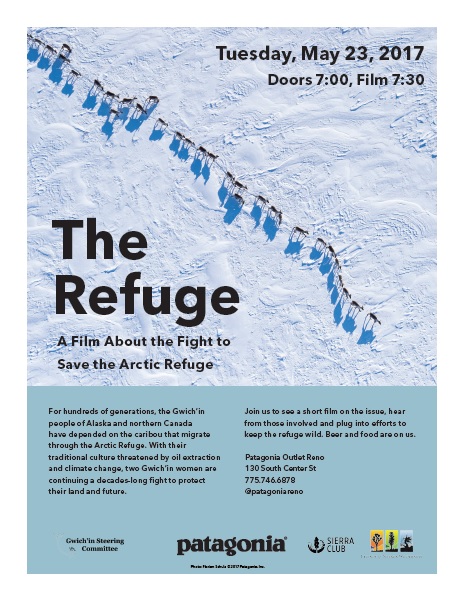 Friends of Nevada Wilderness will be presenting on the attacks on our National Wildlife Refuges here in Nevada with a short film called, "Don't Bomb the Bighorn."

Then, we'll go into the feature film, “The Refuge,” about the fight to save the Arctic National Wildlife Refuge

About the film: For hundreds of generations, the Gwich’in people of Alaska and northern Canada have depended on the caribou that migrate through the Arctic Refuge. With their traditional culture threatened by oil extraction and climate change, two Gwich’in women are continuing a decades-long fight to protect their land and future.

Event will feature a short film on the issue, the opportunity to hear from people involved in protecting the Arctic Refuge, Reno voices, and information on how to get involved in keeping our refuges wild.