For seven years, the Sheldon National Wildlife Refuge has molded a generation of conservationists. Each summer, a hardy crew spends three months living on the refuge and working with the U.S. Fish and Wildlife Service, pulling out old fence and range developments, packing the metal out for miles to dirt roads for pickup.

Not only do they leave the refuge a better place - the refuge leaves them better people. In celebration of National Wildlife Refuge Week, we're sharing their story. 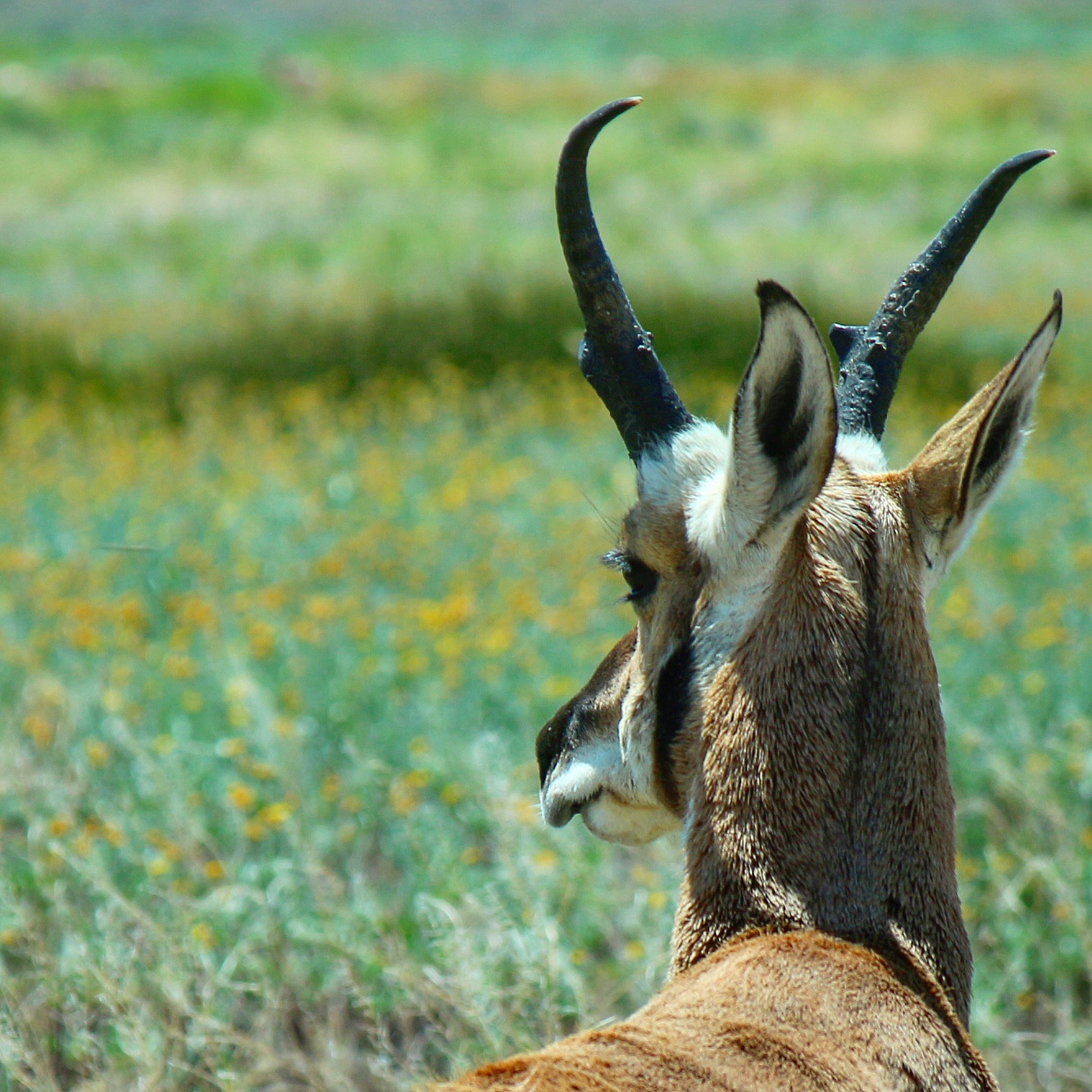 Mike Sirianni has spent three summers on the Sheldon crew, beginning as an AmeriCorps service volunteer in 2013 and returning to help lead the crew in 2016 and 2017. And he’s planning on being back for 2018.

“You get in touch with the wild on a level that you could never do on a visitation basis; you are living there full time, away from society, phone signal, internet, and it’s 100% engaging,” Mike said. “I’ve totally fallen in love with escaping from the world and dealing with what’s going on inside for three months straight.”

The crew is made up of one or two leaders and two to four AmeriCorps service volunteers through the Nevada Outdoor School AmeriCorps program. 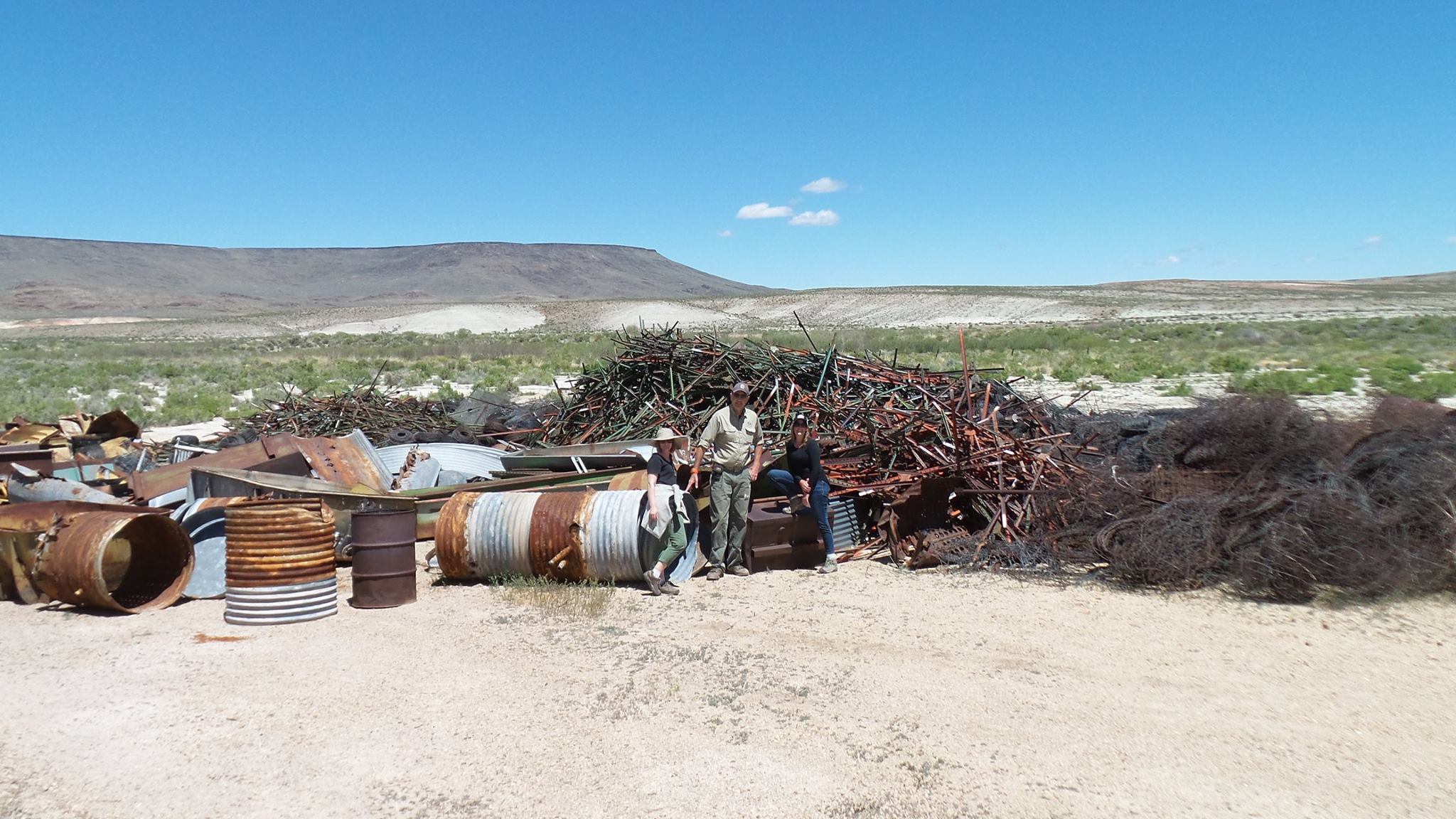 Taken in June 2017 - a small sample of what has been removed from the refuge over the years. Work began in 2009 with volunteers from Friends of Nevada Wilderness and the Sierra Club, and intensified with the first seasonal crew in 2011. Photo by Mike Sirianni.

Mike’s experience – and his appreciation – was echoed by another former crew leader.

“It’s the original wild west – it’s still the frontier out there,” said Patrick Lahlum, who spent the summers of 2013 and 2014 leading the refuge crew. “Having to be self-reliant, with just me and the crew, it was a fantastic experience.”

And as Pat discovered, our public lands offer not just the opportunity for recreation, but for healing and growth as well. After losing his sister in a tragic accident, Pat turned to public lands to help him heal, and found refuge on the Sheldon.

“Things weren’t going well for me,” he said frankly. “If I hadn’t started getting out, camping, hiking in Nevada…God only knows where I’d be.”

Due to his summers working on the Sheldon Refuge and his time learning to hunt and fish as a young man in Nevada’s backcountry, Pat feels a debt to our public lands.

“These places have really helped me - I developed self-reliance, self-control, and confidence,” said Pat. “It helped me in every aspect of my life, it was a complete 180, I am so thankful for the time I spent out there.” 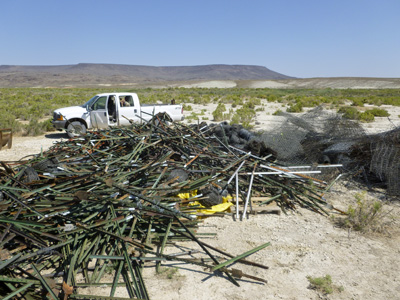 In 2013, the crew focused on removing sections of old barb wire fence that impeded pronghorn migration. Since 2009, almost 300 miles of fence has been removed from the Sheldon Refuge. Photo by Pat Lahlum.

“I still talk about my awesome summer with Friends of Nevada Wilderness. It was unforgettable,” said Michael Wood, part of the 2011 crew. “Everyone looks at me crazy when I tell people I had electricity once a week and I would walk half an hour up a mountain to get cell phone reception. I wouldn't trade that summer for any other summer job.”

They bunk in the Little Sheldon House, living among the fields of sagebrush and wild iris, watching the lightning storms and the pronghorn. Accomplishing an important, physical job bonds the crew, who interact with few people outside agency staff except for a trip into town once every other week.

“Getting to know the guys and then working with them to achieve our goal, and seeing how excited they get about the work they’ve done, it’s probably the most rewarding part of my job,” Mike Sirianni said. In 2017 alone, the crew removed almost 33,000 pounds of metal debris from the refuge. 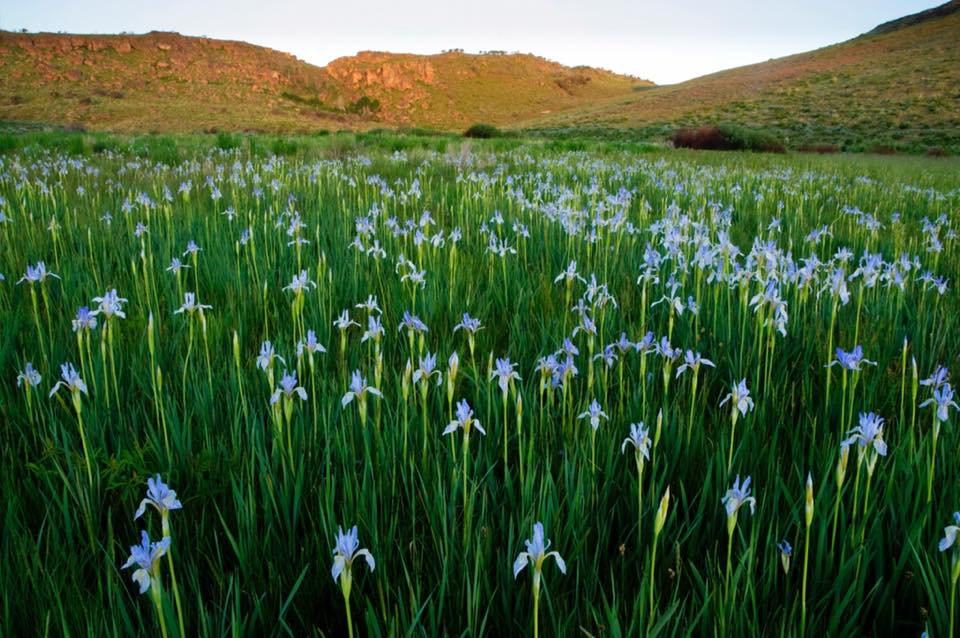 In spring and summer, the Sheldon Refuge is a rainbow of wildflowers, including the wild iris fields of Badger Canyon. Photo by Brian Beffort.

Places like the Sheldon National Wildlife Refuge need our care, and so do the people who look to our public lands for refuge and solace. When asked why he’s a conservationist, Pat Lahlum simply said: “You never know when someone you love will need wild Nevada.”

Work on the Sheldon has been generously supported by the U.S. Fish and Wildlife Service, the Greater Hart-Sheldon Conservation Fund, and the Wilburforce Foundation.

Interested in finding out what a summer on the Sheldon can do for you? Paid crew and AmeriCorps service volunteer positions are available for the 2018 season. Email Pat Bruce at [email protected] for more details.